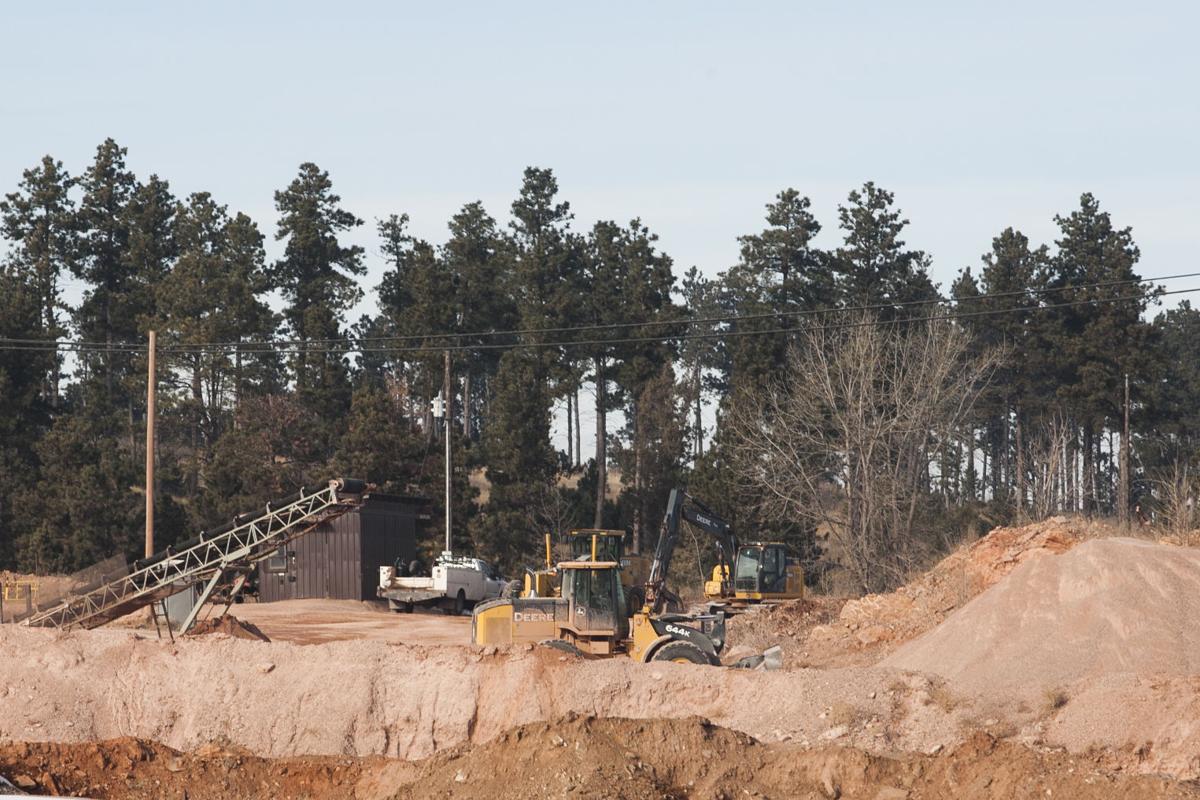 Construction vehicles sit in February at the Perli Pit Quarry south of Rapid City near U.S. Highway 16. The state Water Management Board approved a well permit Thursday for the Croell Redi-Mix mining site along U.S. 16 south of Rapid City. 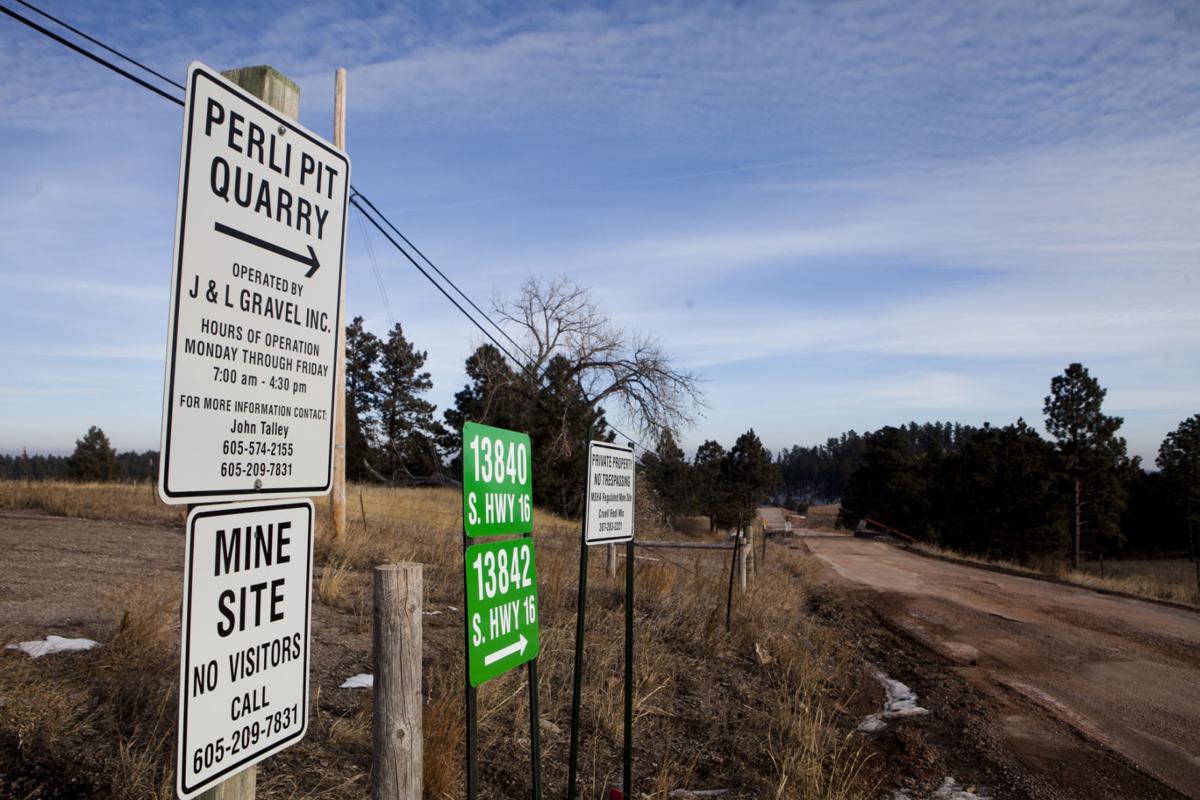 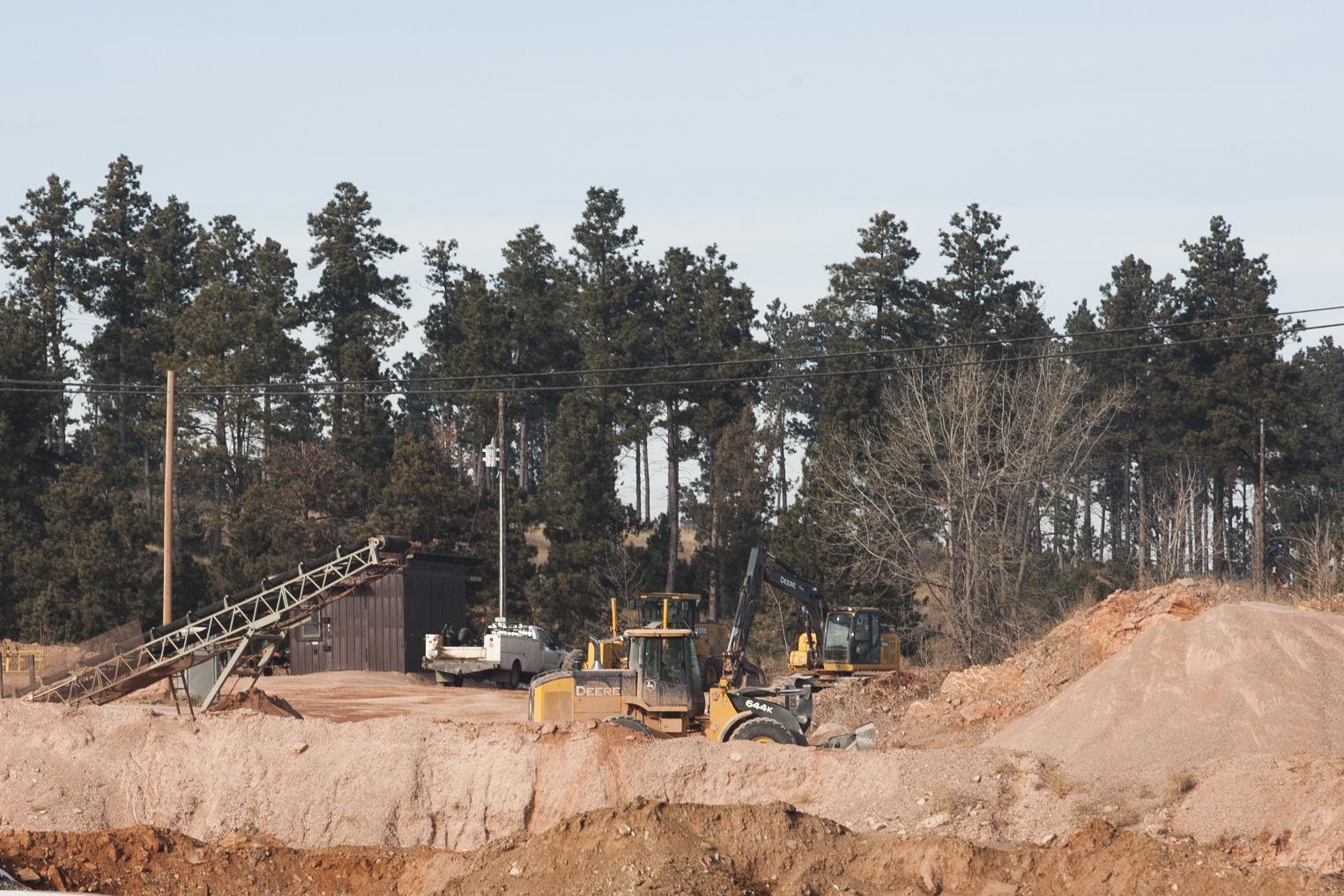 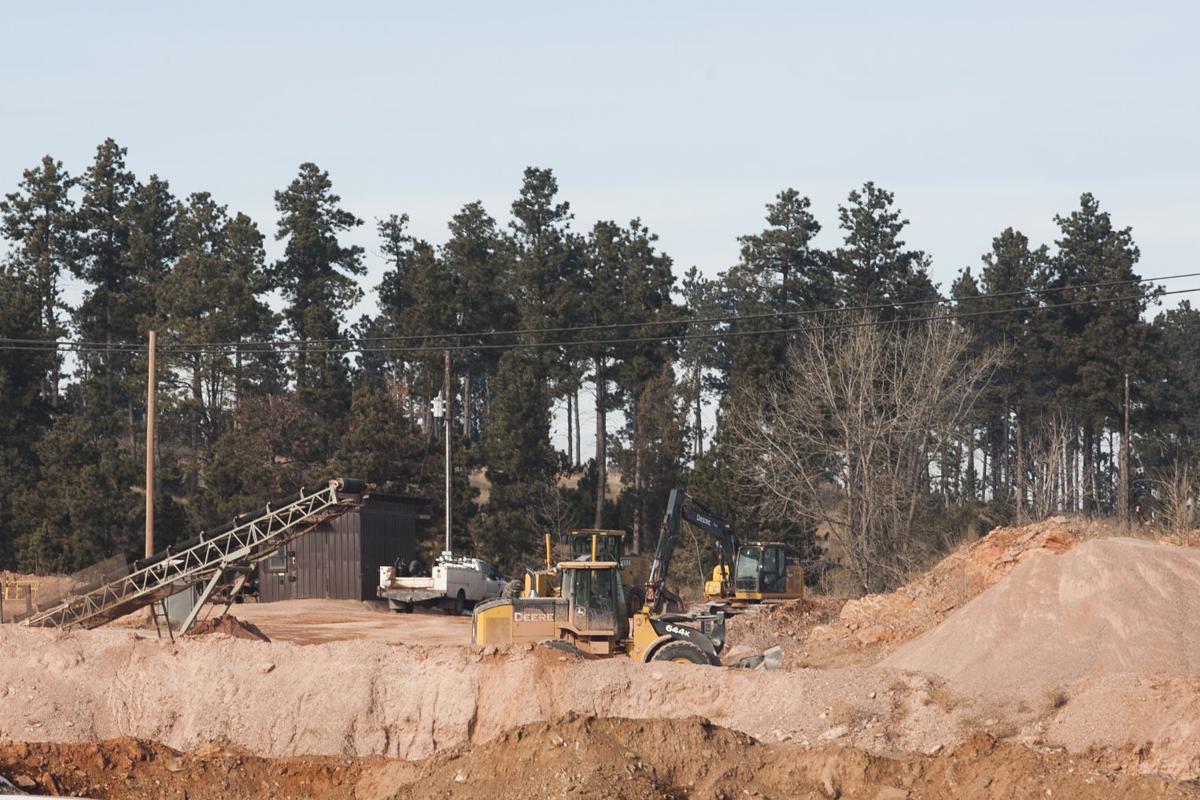 Construction vehicles sit at the Perli Pit Quarry earlier this year south of Rapid City near U.S. Highway 16. Croell Redi-Mix wants to expand the quarry, but the project was blocked Tuesday by the Pennington County commissioners.

A second attempt by an Iowa-based concrete supplier to establish a limestone quarry operation along scenic U.S. Highway 16 southwest of Rapid City is again drawing heavy concerns from nearby residents.

Croell Redi-Mix Inc., headquartered in New Hampton, Iowa, is asking the Pennington County Commission to approve a construction permit to expand what is known as the Perli Quarry, which is in the vicinity of Reptile Gardens and Bear Country USA and on a prime tourist route to Mount Rushmore National Memorial. Croell has concrete, paving and aggregate operations in seven states, including South Dakota, Wyoming, Montana and Nebraska.

According to county records, Croell last fall bought property including the quarry, from the Perli family for nearly $1.8 million.

The potential of expansion of the quarry is worrisome to nearby residents, who fear an larger open-pit rock quarry will spoil a scenic Black Hills area and endanger highway traffic with heavy trucks hauling rock. The expansion, they say, also potentially could damage nearby residential water wells.

“We’re not in opposition to mining. This is not a NIMBY (not in my back yard) situation. We’re concerned that this is in our — and by that I mean everyone’s — front yard,” said Duane Abata, who lives on Wilderness Canyon Road about a mile from the Perli Quarry.

Abata said he has a background in mining engineering as a department head at Michigan Tech University and as a former dean of engineering, now on the mechanical engineering faculty, at the South Dakota School of Mines & Technology.

Abata was one of about 20 concerned residents who gathered last Wednesday night to discuss their response to the permit application, originally included on the consent calendar for a Dec. 21 Pennington County Planning Commission meeting.

But commission members voted to pull the item from the agenda and delay it until a Feb. 8 meeting.

This is the second time Croell Redi-Mix has sought permission to open a limestone quarry in the area. Last year the company announced plans for a 145-acre limestone quarry just to the north of the Perli quarry and asked the Pennington County Commission to rezone the proposed site from general agricultural to heavy industrial.

Abata said he and other residents were caught off-guard by the re-emergence of plans to expand the Perli Quarry.

“We just let it drift for a while and didn’t even pay attention to the sale (to Croell). Then we found out just before the Dec. 21 meeting that the Planning Commission had this construction permit on the agenda,” he said.

Another Copper Oaks resident, Don Berger, said Croell officials in June told commissioners that as many as 150 truckloads of mined rock could be hauled every day from the earlier proposed quarry.

Berger is also worried that any large wells drilled to provide water for the mine operation could diminish the water supply for nearby residents and businesses.

“The people who have wells in the area are very concerned. A large well suitable for that type of work could easily, in dry years, deplete residential wells,” Berger said.

A Croell Redi-Mix representative contacted by the Journal, Matt McPhee, declined to comment on the company's permit application.

“I would just as soon not answer anything right now until all the permitting is done,” McPhee said.

Abata and Berger said they will attend the Feb. 8 meeting and are eager to hear what Croell’s specific plans for the quarry are.

“If they would just say, ‘These are our long-range plans for five or 10 years out’, that would answer a lot of questions,” Abata said.

Construction vehicles sit in February at the Perli Pit Quarry south of Rapid City near U.S. Highway 16. The state Water Management Board approved a well permit Thursday for the Croell Redi-Mix mining site along U.S. 16 south of Rapid City.

Construction vehicles sit at the Perli Pit Quarry earlier this year south of Rapid City near U.S. Highway 16. Croell Redi-Mix wants to expand the quarry, but the project was blocked Tuesday by the Pennington County commissioners.