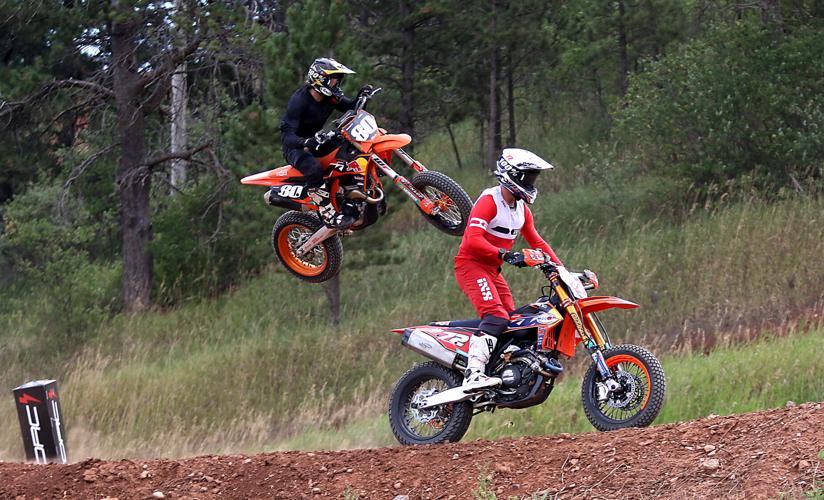 Brady Tausan of Rapid City (80) soars past an opponent over a jump during the AMA Supermoto National Championship at the Jackpine Gypsies track in Sturgis Wednesday. 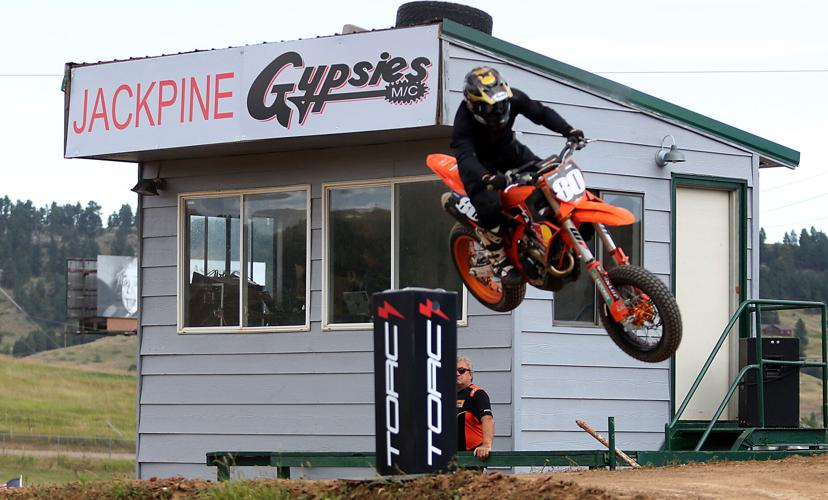 Brady Tausan of Rapid City (80) soars past the press box over a jump during the AMA Supermoto National Championship at the Jackpine Gypsies track in Sturgis Wednesday.

The racers practice a start at the AMA Supermoto National Championship. 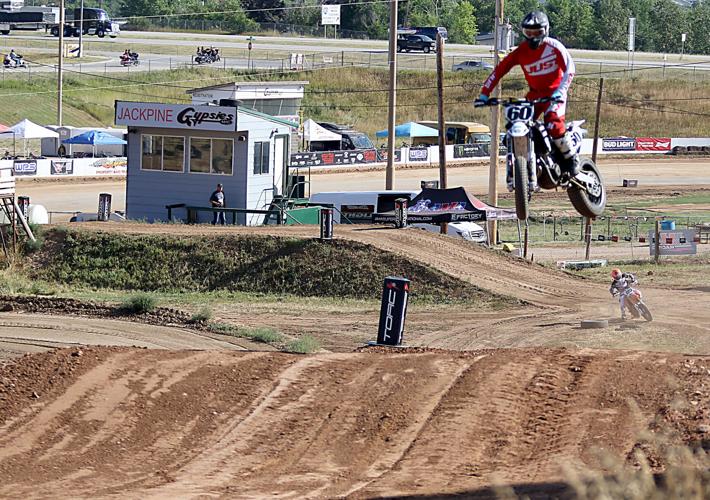 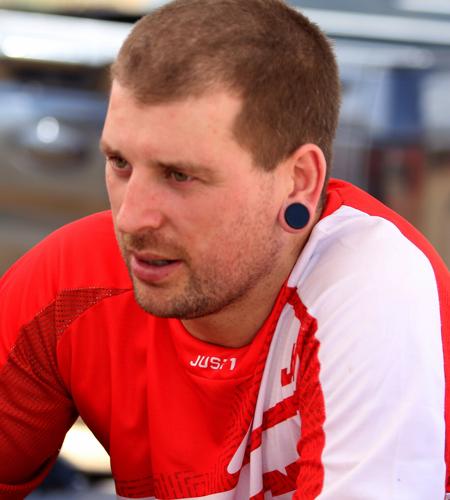 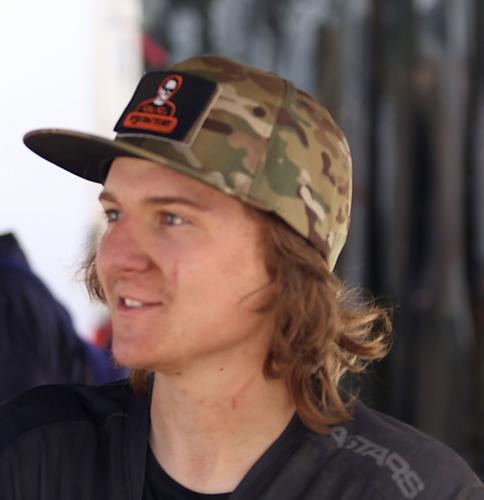 STURGIS — Dirt filled the air Wednesday morning at Jackpine Gypsies but not from the typical flat track, motocross or hill climb events.

Instead, riders ascended and descended on the dirt track for Round 2 of the AMA SuperMoto National Championship. Athletes from across the nation participated in the event including Rapid City native Brady Tausan, who said he’s happy to be home.

“It’s awesome and I love it,” Tausan said. “I get to sleep in my own bed and drive 30 minutes; it’s easy to get here. It’s good to see these guys show off at my home track.”

Tausan has been racing SuperMoto for the last six years. He started out in the amateur races and worked his way up to the Pro Lite and Open Pro classes this season.

“We travel around,” he said. “We’re going to Wisconsin for the championship series this weekend and then we are in Arizona for the last round in November. It gets pretty long and the seasons are long.”

Riding less than 10 minutes from the heart of the Sturgis Motorcycle Rally only added to Tausan’s excitement to compete at his home track.

“It’s always nice to be a part of the rally,” he said. “It’s busier and there are more fans which is always nice. It’s nice to see all of the bikers come down and hang out.”

The fan turnout at Jackpine Gypsies was sparse, likely due to the early morning start time, but the South Dakotan feels the exposure serves to grow SuperMoto interest in the Black Hills.

“Hopefully we can get some more people out and make it bigger,” Tausan said. “Then we can get some asphalt down here and really put on a show. The dirt is cool and different but not a lot of guys are used to it. Some pavement and dirt makes it a lot more unique and faster with some closer battles.”

The SuperMoto National Championship consists of four rounds in four locations over eight months. Round 1 took place from April 1-3 in Prime, Nevada, Round 2 wrapped up Wednesday in Sturgis, Round 3 commences on Friday in Shawana, Wisconsin, and the tour concludes from Nov. 11-13 in Tucson, Arizona.

Typically the event combines street racing and motocross with a track that mixes dirt and asphalt.

The round at Jackpine Gypsies is the only round that only utilizes dirt, but the current Pro Lite leader Joshua McLean liked the change of pace.

“It levels the playing field,” McLean said. “Normally you have asphalt and dirt but I fancy the dirt. It’s good for me but for some others, not so much.”

McLean hails from Victoria, Australia and joined the AMA SuperMoto Tour in 2015. He also participates in the Pro Open and Pro Lux classes.

“We are obviously here to win,” he said. “Our priority is the Pro Lite class and we are currently leading the championship. We are 7th on the (Pro Open), which is more to see everything we can do, while the (Pro Lite) goal is to try and win the whole thing.”

McLean traveled to Sturgis in 2016 for the AMA street race, but it's his first time in the Black Hills during the motorcycle rally and he enjoyed seeing a crew of bikers surrounding the track.

“What else are they going to do?” McLean asked. “They are all about bikes and we have bikes that are racing on a track.”

Rapid City police are seeking the public's help in identifying a suspect in a Sunday afternoon robbery.

South Dakota Gov. Kristi Noem is facing a lawsuit after her office refused to release expense records on five out-of-state trips this year to …

After many failed attempts, here I sit, a young, non-traditional buyer in my very own home.

Your Two Cents for Sept. 21

Gov. Noem has been very silent on her ethics and nepotism problem, her travel issues and her back surgery. Whatever became of her "transparenc…

Your Two Cents for Sept. 20

If you are under the assumption that Hillsdale recommendations are good for the education system, then you are endorsing the erasing of true a…

Why the colors of sunsets are so incredible

Why the colors of sunsets are so incredible

Brady Tausan of Rapid City (80) soars past an opponent over a jump during the AMA Supermoto National Championship at the Jackpine Gypsies track in Sturgis Wednesday.

Brady Tausan of Rapid City (80) soars past the press box over a jump during the AMA Supermoto National Championship at the Jackpine Gypsies track in Sturgis Wednesday.

The racers practice a start at the AMA Supermoto National Championship.