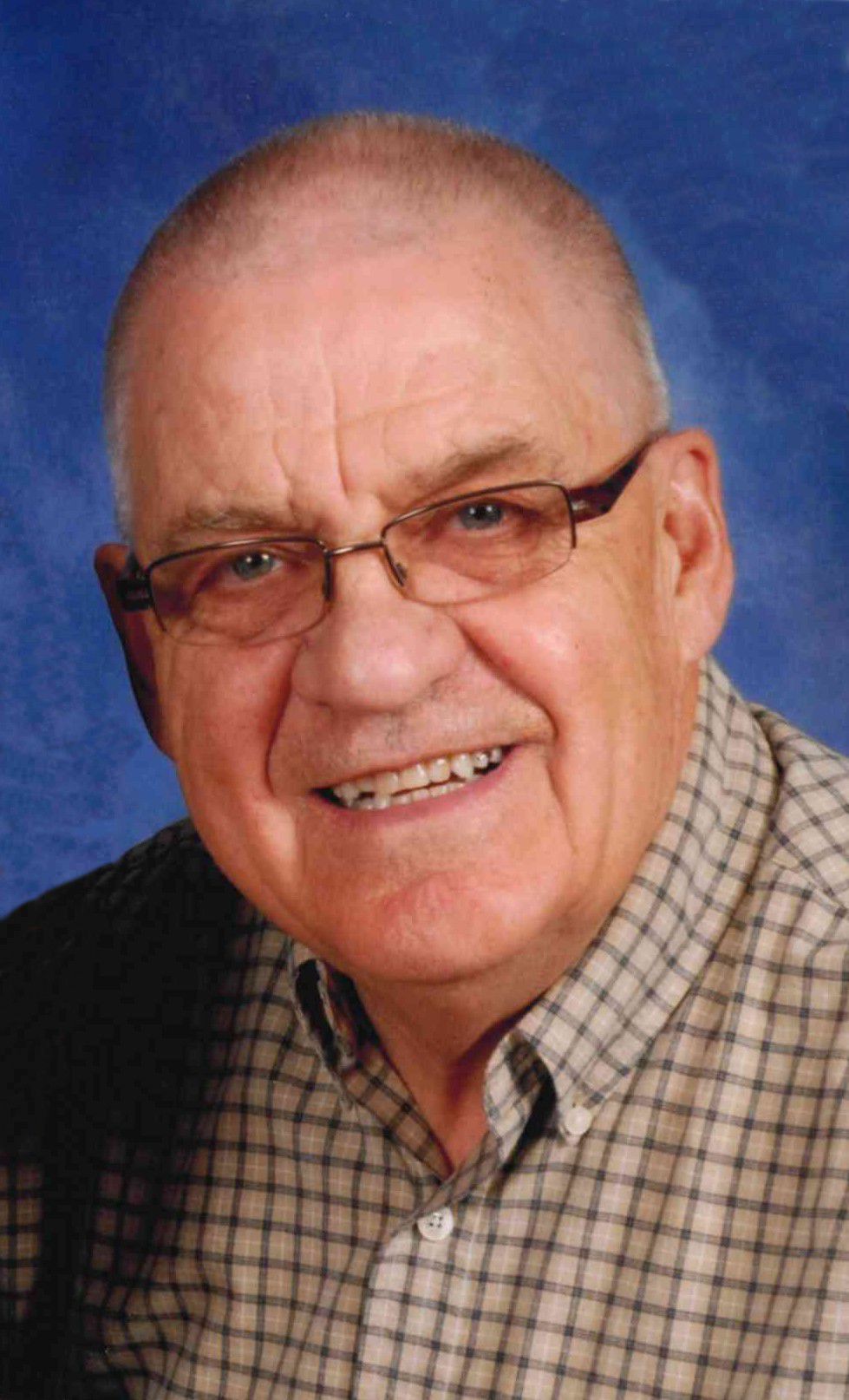 RAPID CITY | Richard Orren "Dick" Selgeby, 81, went to Heaven on Sunday, March 22, 2020 after a battle with cancer and Parkinson's.

Dick was born on July 7, 1938 in Milbank to Orren and Arlene (Erickson) Selgeby. He graduated from Milbank High School in 1956. Upon graduation he enlisted in the United States Navy and was stationed in Hawaii.

In the summer of 1959, Dick returned to Milbank where he met his life-time love, Beverly Weekley. The two were united in marriage on August 6, 1960. The couple moved to Rapid City, where they have lived ever since celebrating almost 60 years of marriage. Dick worked in insurance most of his life.

Dick was known for his sense of humor and sarcastic personality — traits he passed on to his children and grandchildren.

Dick’s strong faith and trust in the Lord prepared him for leaving this earth as well as prepared his family as they know they will see him again.

Dick is survived by his children, Scott, Robin (Patrick Gillespie), and Jenn (Jason Murphy), all of Rapid City; his grandchildren, Ashley (Kevin Crago), Amber (Patrick Staedtler), Alesha (Jeremy Ofstad), Jesse, Jessica (Jeremiah Jocobe), Joshua, Jacob (Carly), Tessa, Taran, and Jocee; great-grandchildren, Jordan, Landen, Oaklyn, Tatum, Ryker, Tracen, and a baby girl in June; his siblings, Larry and Carol Selgeby, Marilyn and David Thompson, Kathy Selchert, Bob Selgeby, Steve and Gail Selgeby; and his brother-in law, Todd Weekley. In addition, Dick had many nieces and nephews and numerous cousins whom he loved very much. Dick was very grateful to the many close friends, especially Elaine Dunn (who was like a sister to him), Tristi Weekley, and his caring neighbors, Phil and Lisa.

Dick was preceded in death by both patents; mother-in-law and father-in-law, Eva and William Weekley; and sister-in-law, Patricia Terry.

Due to the unforeseen impact of COVID-19, the family will honor Dick in a private ceremony with a grand Celebration of Life to follow in the Spring.

Arrangements are with Kirk Funeral Home of Rapid City (kirkfuneralhome.com).

Private family services will be on Friday, March 27, at Osheim & Schmidt Funeral Home. Burial will be at Pine Lawn Memorial Park. 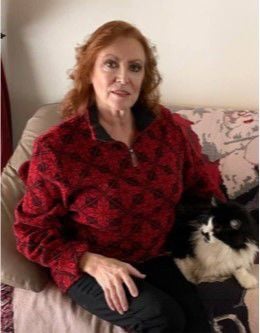 Sally was born May 23, 1957, to Stanton Anderson and Nancy Phipps Anderson at the Kadoka hospital with Dr. Sundet attending.

She attended a one-room country school with her cousins and sister until the sixth grade. She then attended Kadoka public school where she received national recognition as a barrel racer, pole bender, and in-cattle cutting. She also shone academically and was Valedictorian of her class. She then attended college graduating from the University of Texas in Austin and then going on to get an MBA at the University of South Dakota.

She later worked at Citibank, in advertising and in the hotel industry.

She married Scott Sewell in 1990 and had a daughter, Anne Sewell, the light of her life.

She enjoyed being a part of her community and made friends throughout the AA community and through local gardening organizations.

Graveside services, with family only, will be Saturday, March 28, in Belvidere. Celebration of Life anticipated to be held this summer once coronavirus restrictions are lifted.

Online condolences can be left at osheimschmidt.com.

Services will be at 1 p.m. on Thursday, March 26, at the Belvidere Cemetery. 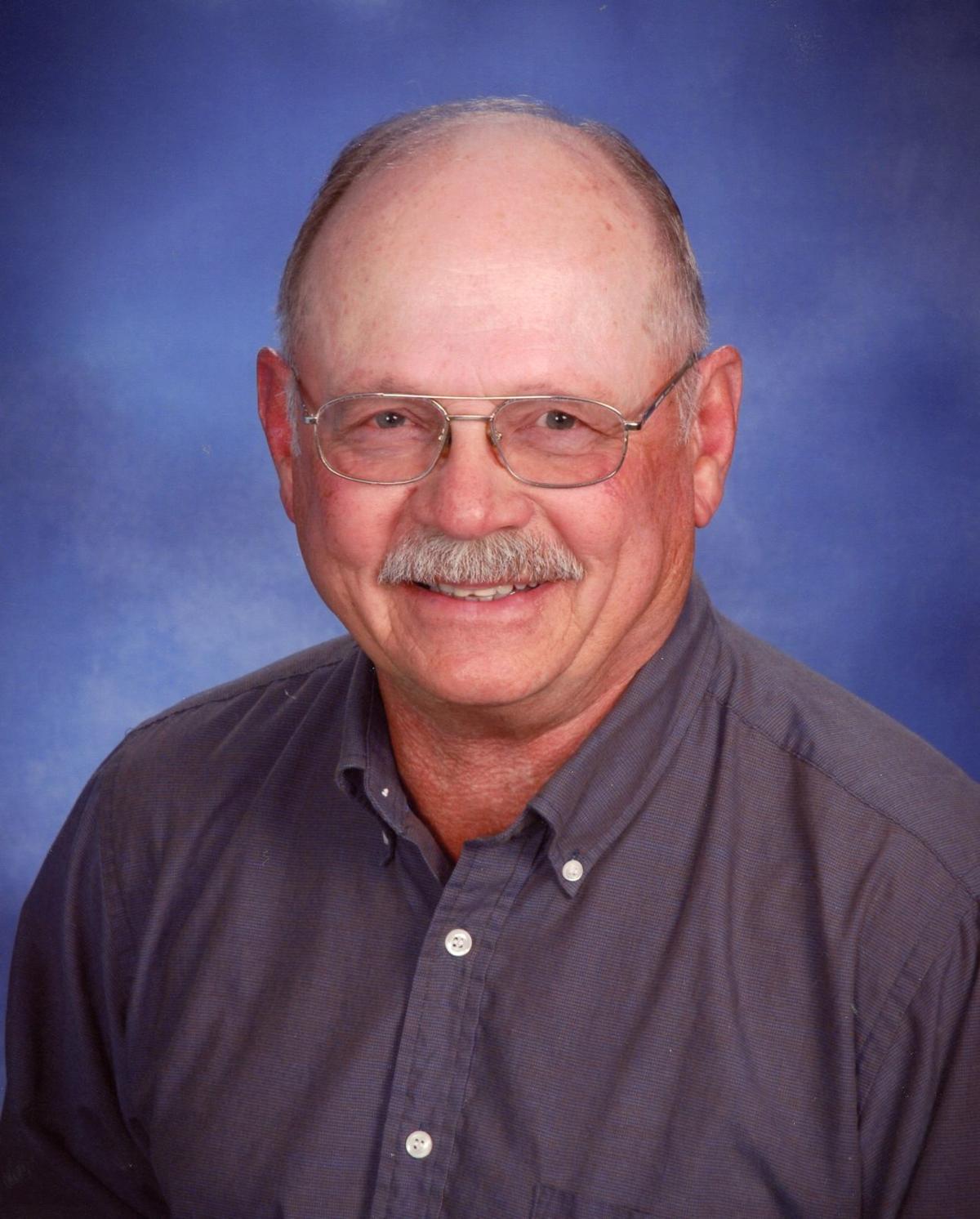 RAPID CITY | Gregory H. Weiland was born March 11, 1951 to Harold and Valeria (Erps) Weiland in Scotland, SD. He was raised in Rapid City and graduated from Rapid City High School in 1969. After graduating college, he joined the Weiland family painting business and eventually took over until his retirement in 2016. He served as President of the Jaycees and the Rapid City Trap Club. He was a faithful member of St. Therese Church.

He loved everything outdoors — hunting, fishing, camping, riding his Harley and other toys he collected along the way. He enjoyed his yearly rides and gatherings during the Sturgis motorcycle rally.

Most important to him was his family. He loved being at any family event. He watched his nieces and nephews grow up and gave little bits of advice along the way. He never missed a gathering with cousins, aunts, uncles or Sunday family suppers.

A Celebration of Life will be held this summer. 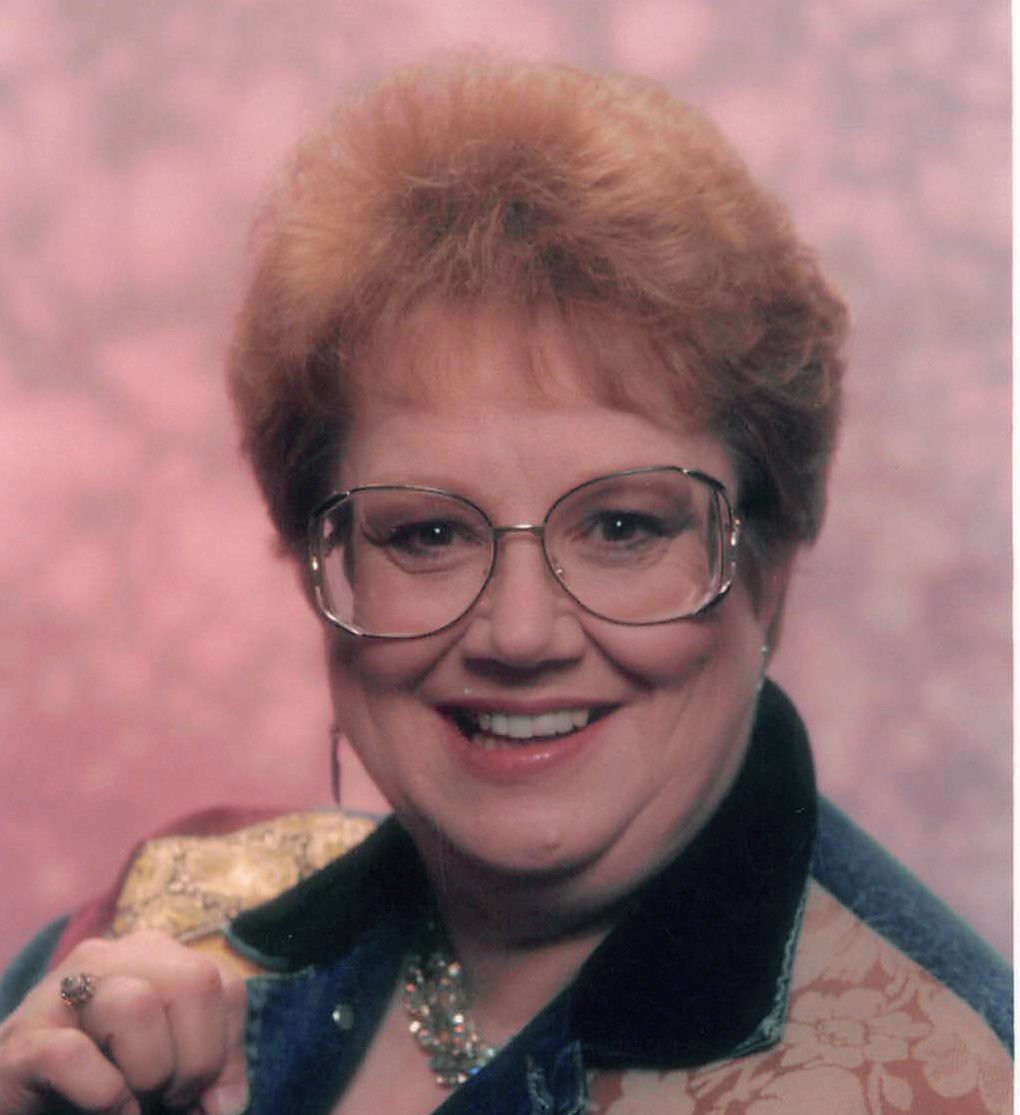 Marcia was preceded in death by her husband, Don Sawvell; her niece, Sandy Bauer; her nephew, Derryl McKay; brothers-in-law, Everett Bauer and Jim McKay; and her parents.

Private graveside services will be at Pine Lawn Memorial Park.

A private family burial will be held at Ladner Cemetery in Buffalo, with memorial services at a later date.

Private family memorial services will be held. A public Celebration of Life will be held later this summer.

Private family services will be held.

Private family services will be held.

One-night wake services begins at 2 p.m., with 7 p.m. prayer services today at the Collette Two Bulls residence in the #4 Community.

Services will be at 11 a.m. on Wednesday, March 25, at the Two Bulls residence. Burial will be at Christ Church Episcopal Cemetery in Red Shirt Table.

Services will be at a later date. 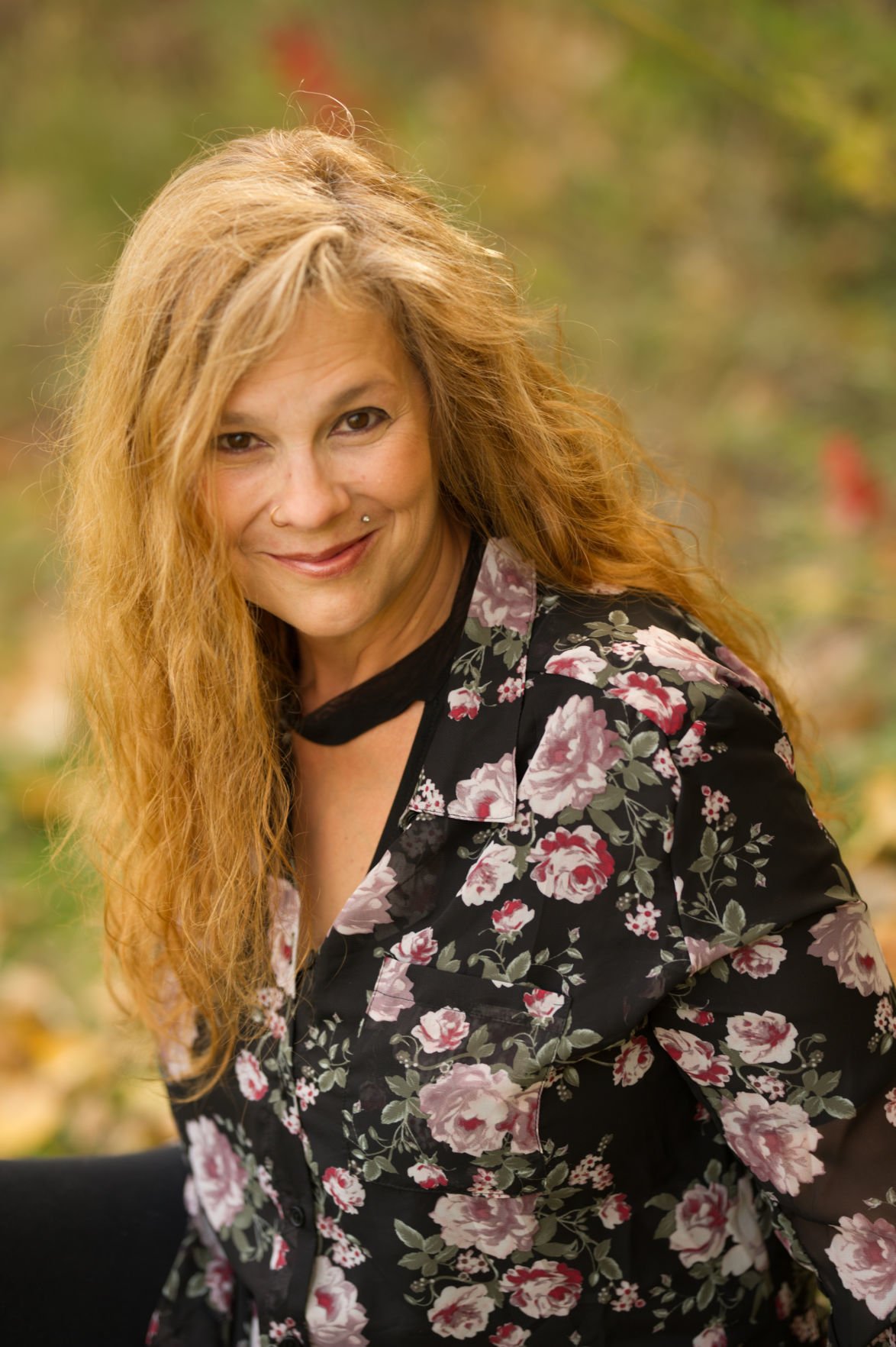 RAPID CITY | Tracy M. Rushing, 55, died March 22, 2020, in Rapid City after a long battle with cancer with her family near. She was proud to say that she was made in Rapid City and born in Portland, OR, in 1964. She attended Oregon State University and founded what is now Dakota Soapworks in 1997.

Tracy loved photography, genealogy and scrapbooking. She was awarded the Helen Walsworth National Medal of Patriotism for her community service and she was a member of the Black Hills chapter of the Daughters of the American Revolution. She served in the Boy Scouts of America for many years as a leader and trainer in Tacoma, WA. Her family moved back to Rapid City in 2017 in great joy — as she loved the Black Hills.

In lieu of flowers, donations are requested to Monument Health Home Plus Hospice Rapid City.

Funeral services will be broadcast on the Behrens-Wilson Funeral Home Facebook page beginning at 1 p.m. on Friday, March 27. Visitation will be live streamed beginning at 5 p.m. on Thursday, March 26. Private interment will be held.

Condolences may be conveyed to the family through the funeral home website, behrenswilson.com.

Get breaking news and news alerts sent to your inbox as they happen! Sign up: