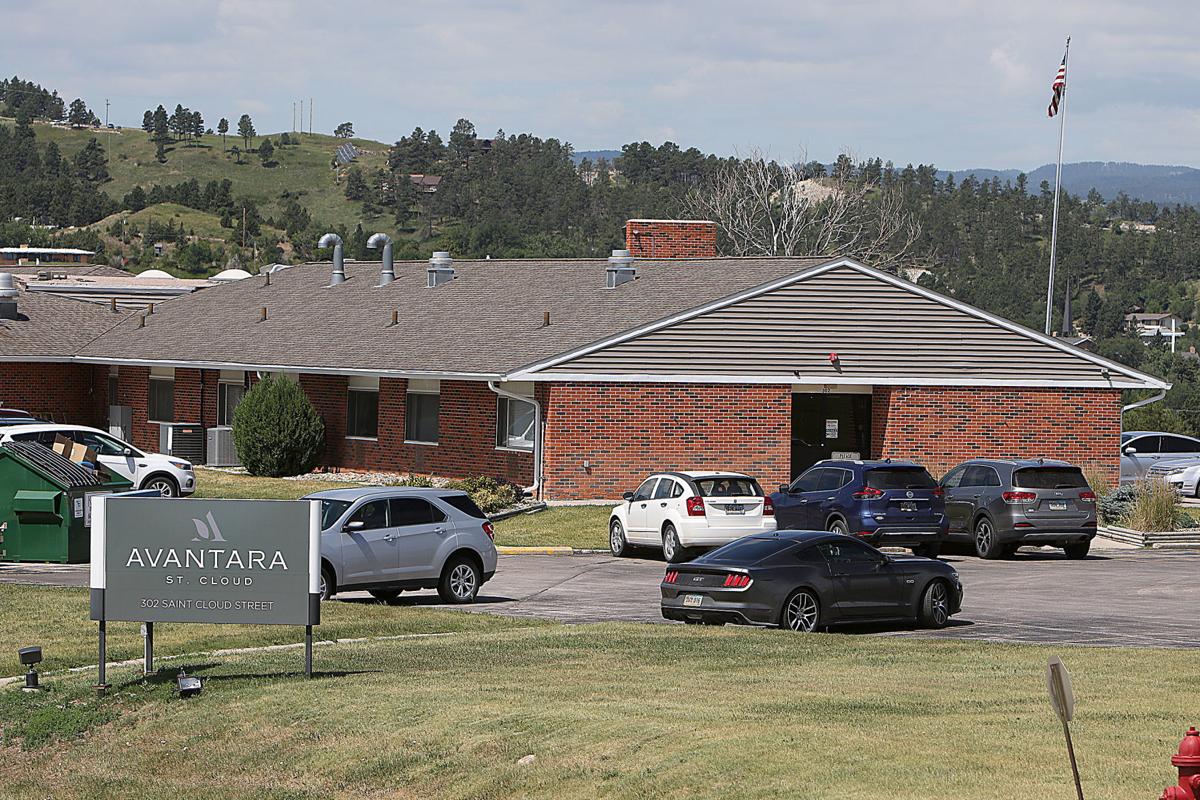 Forty-five of 68 residents have had the virus, a rate of 66% — at Avantara Saint Cloud in Rapid City.  Five have died. 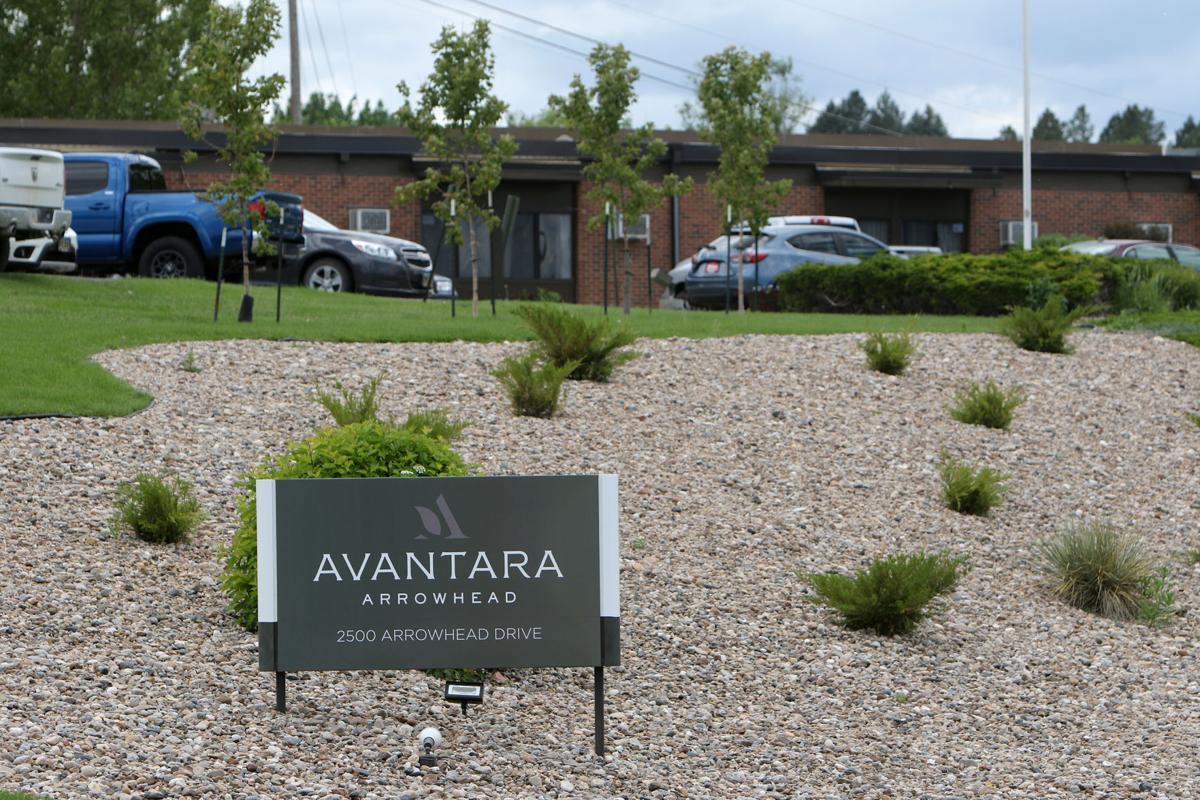 Forty-five of 49 residents contracted the virus — a rate of 92%, at Avantara Arrowhead in Rapid City. Eight of them have died.

Two Rapid City nursing homes with significant COVID-19 outbreaks are some of the worst-ranked facilities in the state and have a history of infection control violations, public records show.

Avantara Arrowhead has seen 45 of 49 residents — or 92% — contract the virus as of Thursday, said Tatiana Johnson, regional director of operations at Legacy Healthcare, which operates the nursing homes. Eight of those residents have died while 32 have already recovered. Nineteen of 21 staff members infected with the virus have recovered.

At Avantara Saint Cloud, 45 of 68 residents, or 66%, have had the virus. Five have died while 19 are recovered. Twenty-four staff members tested positive for the virus and 10 have recovered.

Both facilities have a history of infection control violations related to staff not following proper procedures for cleaning, disinfecting, hand washing, glove wearing and making sure residents are cleaned properly.

The most recent violation was found when the Department of Health inspected Arrowhead on June 9, after 15 residents and nine employees had already contracted the virus.

The inspector found staff failed to properly clean and disinfect shared equipment, insulin injection devices and the unit for residents who tested positive for the virus or were exposed but tested negative. A logbook said the unit had been cleaned nine out of nine mornings, two out of eight afternoon shifts, and none of the evening shifts. Staff also wore their N-95 masks outside of the building and then stored them in a paper bag inside their cars, which would have exposed them to heat.

"All residents are at risk for adverse effects related to failure to maintain an infection prevention and control program," Arrowhead wrote in its plan of correction, which involved random audits and educating staff on proper cleaning, disinfecting and mask storage. 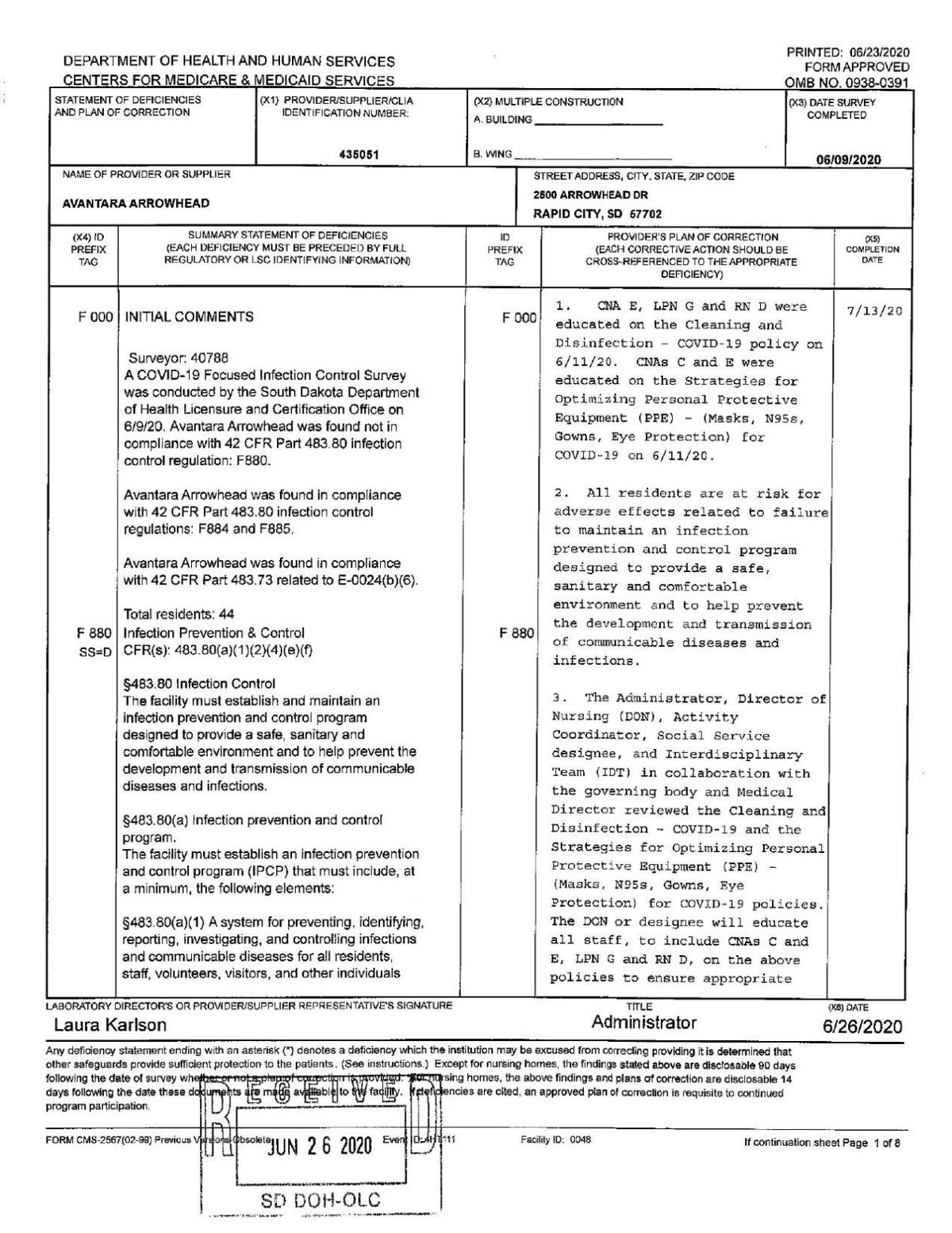 An experienced certified nursing assistant who works at Saint Cloud says her facility could have better prepared for the pandemic.

“Things could have been done better from the beginning," said the woman, who contracted COVID-19 and passed it on to relatives.

Saint Cloud is the fourth-lowest ranked of South Dakota's 104 long-term care facilities that participate in Medicare and Medicaid. It also has Medicare’s lowest possible overall and health inspection ratings of “much below average.”

Arrowhead is the lowest-ranked facility in the state. It's also the only one labeled a Special Focus Facility, which means it's subject to frequent inspections and possible Medicare/Medicaid termination due to “a history of persistent poor quality of care.”

Arrowhead was designated a Special Focus Facility in August 2019 and is inspected every six months, Haskins said. Johnson said Arrowhead has graduated the program and is expected to be taken off the list.

"Avantara Saint Cloud and Avantara Arrowhead and their heroic staff have been on the front lines fighting against this unforgiving virus, protecting our residents, who are among some of the most vulnerable in our community," she said.

Johnson said the nursing homes are unsure how the virus first entered their facilities but have and continue to take "full precautionary measures" based on guidance from the DOH, CDC, and Centers for Medicare and Medicaid.

The CNA was granted anonymity for this story because she fears retaliation for speaking out. The Journal has seen a photo of the woman in personal protective gear and a document confirming her job title and place of work.

The woman began working at Saint Cloud this year but has been a CNA for more than two decades. She said the nursing home has taken some steps to prevent the virus: no visitors are allowed, there have been at least four mass testings, and staff have their temperatures taken daily and wear personal protective equipment.

She said the first mass testing was in late May or early June and it took a week to learn the results. It turned out that one staff member — who was asymptomatic and continued to work — and two residents were positive. She said she’s not sure who provided the equipment but it was Saint Cloud's medical staff that did the testing.

Saint Cloud had a few cases at a time until late June or early July when “all of a sudden it was boom, boom, boom … it was all over the building," the CNA said.

She said staff wore loose-fitting surgical masks until N-95 masks arrived on July 6 after about 20 residents were already infected. She said the facility still needs more masks so they can change them more often.

Staff who clean and disinfect areas need to do a better job, the CNA said. For example, she said rooms aren’t properly disinfected when a resident is moved to a different area after contracting the virus.

The CNA said she knows three staff members who had high temperatures when they arrived at work, but instead of leaving they took their temperature again after 30 minutes and wrote down the new, lower one. She said staff who miss work because they develop symptoms or a confirmed case of the virus have to use their saved paid time off.

She said Saint Cloud’s residents are “very susceptible” to the virus and since they all have Alzheimer's or other forms of dementia many do not understand the pandemic and continue walking into the hallways and each other's rooms.

The CNA said she’s considering looking for work elsewhere even though she is well paid.

Cascade says it bought 16 of its South Dakota facilities in July 2019. The nursing homes were previously operated by Skyline Health Care.

Legacy took over "a struggling operator who had previous issues with clinical results and public health violations resulting in subpar Medicare ratings," Johnson said. "While this posed some challenges at first, our selfless staff have been instrumental in improving many different facets of the facilities, which has created many positive results in the last year."

Arrowhead was labeled a Special Focus Facility a month after Legacy took over and all but one of the inspections reviewed by the Journal occurred after Legacy became the operator. The company's South Dakota facilities range from low-ranking ones like Arrowhead and Saint Cloud to ones rated by Medicare as "much above average."

Johnson said Arrowhead and Saint Cloud have worked to prevent the virus by not allowing visitors, stopping group meals and activities, and following masking and social distancing when possible. She said staff are screened for symptoms each day and have proper Personal Protective Equipment. Both nursing homes voluntarily mass tested all residents and staff with help from local and state health departments, Johnson added.

During the pandemic, the DOH has conducted 145 infection control inspections at all 104 South Dakota long-term care facilities that use Medicare and Medicaid, Haskins said. The department does an extra inspection and provides daily check-ins facilities after a resident develops the virus.

Nursing homes that are part of Medicare and Medicaid programs are inspected once a year for re-certification and more often if there is a complaint or they are a Special Focus Facility, according to Medicare's "Nursing Home Compare" website. The inspections are conducted by trained inspectors and at least one nurse with the South Dakota Department of Health on behalf of the federal government.

The inspectors note any violations and the facility must explain how they will correct them within a certain amount of time, Haskins said. Medicare then gives ratings for health inspections, staffing and quality of resident care by using a five-star system ranging from “much below average” to “much above average.” Those three ratings are used to determine the overall rating.

Medicare gave Saint Cloud its lowest ranking — one star or “much below average” — for its overall and health inspection ratings during its September 2019 annual inspection. It was ranked average for staffing and above average for quality of resident care.

One infection prevention issue was a dirty salon/spa area, including dirty toilets. Inspectors saw a staff member fail to properly clean a different shower area. Some staff members did not follow proper hand/glove hygiene for themselves and sanitation for residents while cleaning residents after they went to the bathroom.

Arrowhead, which used to be called Meadowbrook, specializes in caring for people in need of medical and rehabilitative treatment. It has no Medicare rankings due to its Special Focus Facility status.

Inspections show that Arrowhead has yo-yoed in its preparedness for infections and the coronavirus since March.

DOH staff found Arrowhead was following infection and coronavirus protocols during a visit this week and on July 14, Haskins said. Those visits came after staff found the facility wasn't following  infection rules during the June 9 visit.

The inspectors also found Arrowhead was violating a South Dakota law that says new employees must be evaluated for vaccines and contagious diseases within 14 days of being hired.

Arrowhead said it would remedy the problems in the April 23 and June 9 inspections by educating staff and conducting audits.

But those weren't the first time the facility had violations it said would be remedied through training and audits. DOH staff also found violations — including infection control ones related to hand/glove hygiene and disinfection — during inspections in January, September and December 2019.

Arrowhead was fined $6,805 in January 2019 after inspectors found 13 health deficiencies.

Ron Langseth's mother, Yonne, died one month ago after contracting COVID-19 at Avantara Arrowhead. She was one of 45 residents who contracted …

Forty-five of 68 residents have had the virus, a rate of 66% — at Avantara Saint Cloud in Rapid City.  Five have died.

Forty-five of 49 residents contracted the virus — a rate of 92%, at Avantara Arrowhead in Rapid City. Eight of them have died.