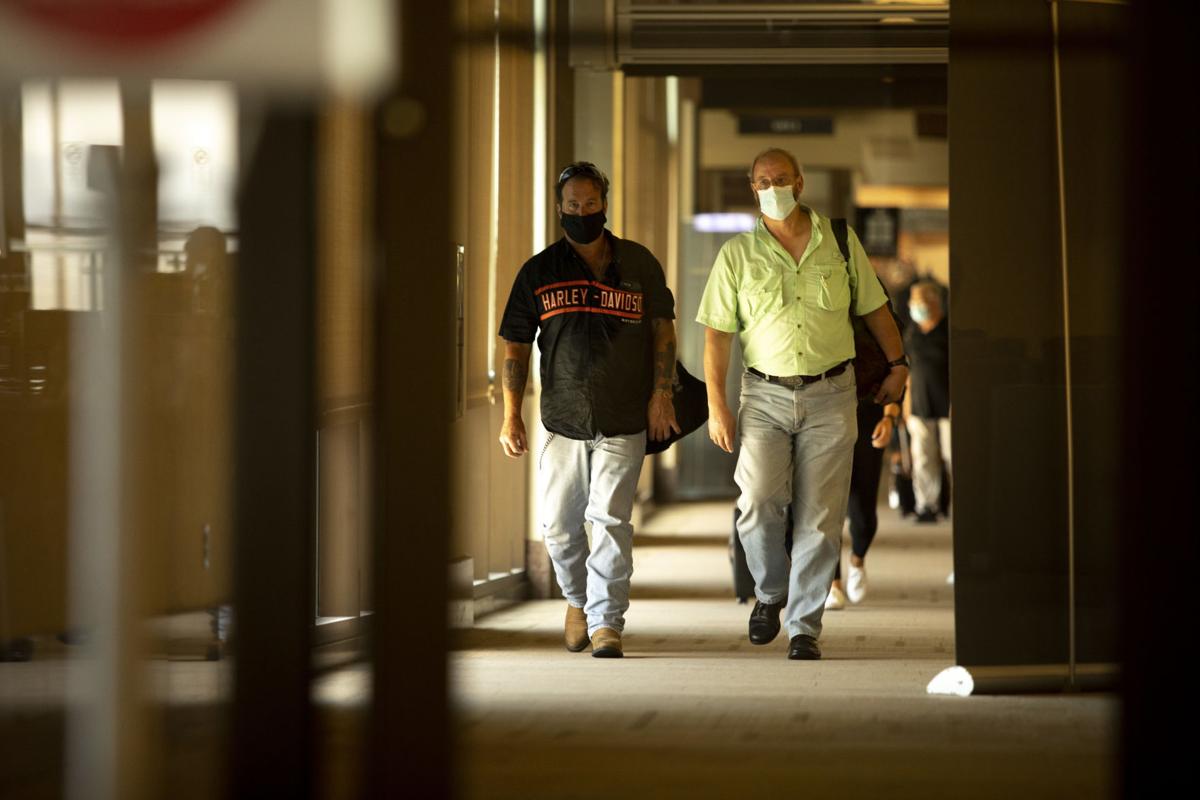 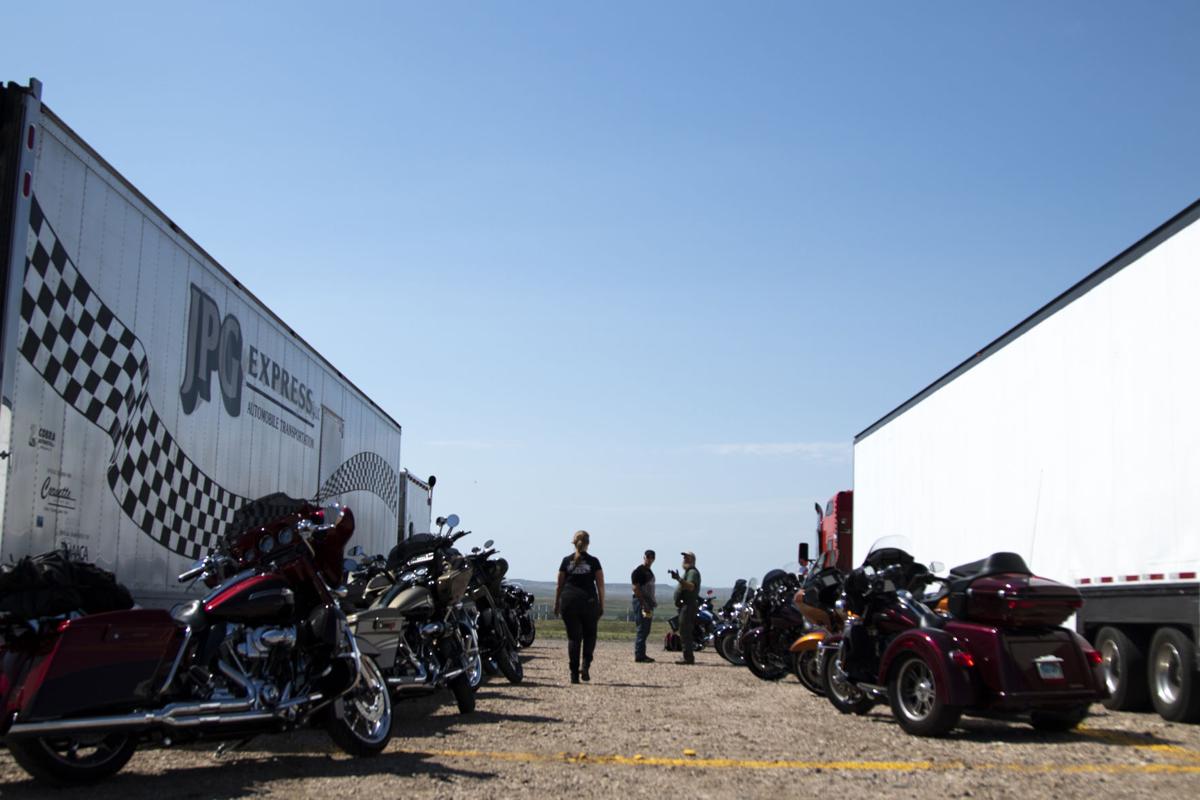 Semi-trucks loaded with motorcycles line a gravel lot at the Rapid City Regional Airport on Thursday.

Rapid City Regional Airport is ready for the influx of visitors during the Sturgis Motorcycle Rally, but is expecting a lower than normal passenger count for a banner year of the rally.

Dame said this week many rally-goers ship their motorcycles ahead of time via truck and then fly in to the airport to pick them up. The airport makes arrangements every year for semi-trucks and trailers packed with motorcycles to use a satellite parking lot.

“The owners of the motorcycles get off the airplanes and then head to the parking lot to get their bikes,” Dame said. “This year we have 12 trucks and trailers who have made reservations to use the parking lot. That’s down from the 75th year of the rally, but up over a standard year.”

With the risk of the coronavirus, Dame said additional cleaning and health safety protocols have been put in place at the airport.

“While this is not directly related to the rally, we continue our cleaning regiments in the terminal for all passengers,” Dame said. “We did put on a backpack sprayer for doing electrostatic sanitizing. We’ve had that onboard for about a month now to help us out with sanitization. We’ll continue to do additional sanitization from the time this started and going forward. All that was put in place before the rally.”

“We have put up additional signage recommending that passengers wear masks and this past Friday we changed to a CDC-style sign,” Dame said. “We also have installed tables at the front entryway to distribute masks to people and are strongly encouraging them to wear masks in the terminal at all times.”

Dame said the airport is working with vendors and contractors to strongly encourage them to wear face masks at all times as well.

Semi-trucks loaded with motorcycles line a gravel lot at the Rapid City Regional Airport on Thursday.