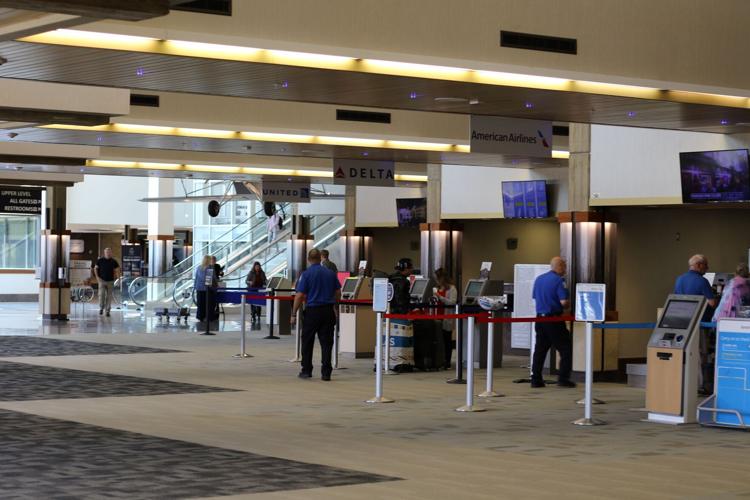 The ticket counters at Rapid City Regional Airport would be reconfigured under a proposed multi-million dollar terminal expansion project. The Airport Board of Directors on Tuesday gave direction to airport administrative staff to proceed with the preliminary design. 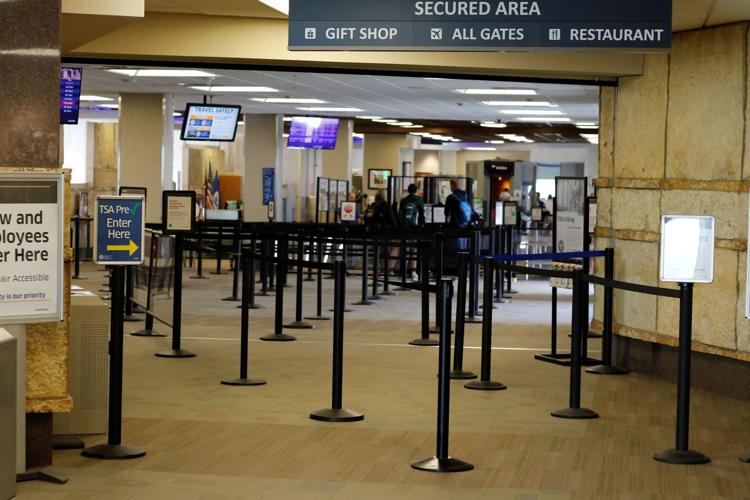 The Transportation Security Administration checkpoint at Rapid City Regional Airport would be relocated and expanded to handle more passengers with better equipment under the proposed plan.

In March, the Airport Board approved a $6.8 million contract with consulting firm Mead & Hunt to begin the planning and design phase for a six-year-long terminal expansion project. The original plan called for expanding the ticket counter area and baggage handling area, expanding the security checkpoint, enlarging the rental car and baggage claim area, and extending the airline concourse from seven gates to 10.

However, new studies and data have shown the enlarged concourse may not be big enough to handle larger than expected population growth. Also adding to capacity issues is that larger commercial aircraft are being used.

Mead & Hunt's Senior Aviation Advisor Tom Schauer told the Airport Board Tuesday that an examination of the current terminal's passenger hold-room capacity, population growth in the Black Hills, and larger aircraft flying to Rapid City support the larger plan for 12 gates instead of 10.

Schauer said the airlines are moving away from the 50-passenger regional jets that have been a mainstay at the airport and changing to larger 70- to 90-seat regional planes, and even larger Airbus and Boeing jets that seat up to 190 people. He said the move in the industry to larger jets is based on a nationwide pilot shortage and other efficiencies within the industry.

He said the passenger hold rooms inside the terminal are not large enough for the traffic the airport is currently handling.

"You'll notice that in your existing layout, your hold rooms are notably deficient from what we would consider as a routine level of service," Schauer said while displaying statistics for the board.

He said when they looked at the smaller expansion to 10 gates, it did widen the terminal's concourse and the deficiency in adequate seating for passengers decreased, but it still didn't raise the level of service enough for the peak travel times in the summer.

By expanding to 12 gates, the airport saw a significantly better level of service and enough room for the projected population growth and the larger aircraft. Additionally, it would provide room for new carriers to  provide service to and from Rapid City.

The larger expansion would also allow for more concessions and retail locations in the concourse.

Schauer said there would be design efforts to have the ability to close off portions of the terminal during the slower winter months and reopen it during the summer, thereby decreasing utility and maintenance costs when the airport is not seeing as much traffic — but being able to provide enough space for the busiest times of the year.

Schauer said Mead & Hunt will come back to the Airport Board next month with a better cost estimate, but previously said the estimated cost would be between $140 million and $160 million. Dame said the majority of the costs would be handled through grants from the Federal Aviation Administration and the Bipartisan Infrastructure Law. The airport's funding reserve would also contribute. However, Dame said there would likely be a need for contributions from state and local government as well.

The airport expansion project is expected to take six years for all phases to be completed.

Signage, materials to be limited in Lead-Deadwood School District

The ticket counters at Rapid City Regional Airport would be reconfigured under a proposed multi-million dollar terminal expansion project. The Airport Board of Directors on Tuesday gave direction to airport administrative staff to proceed with the preliminary design.

The Transportation Security Administration checkpoint at Rapid City Regional Airport would be relocated and expanded to handle more passengers with better equipment under the proposed plan. 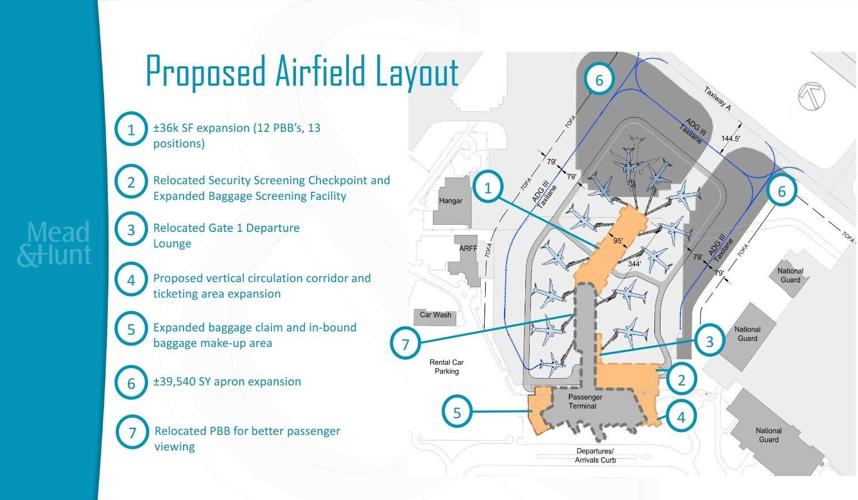