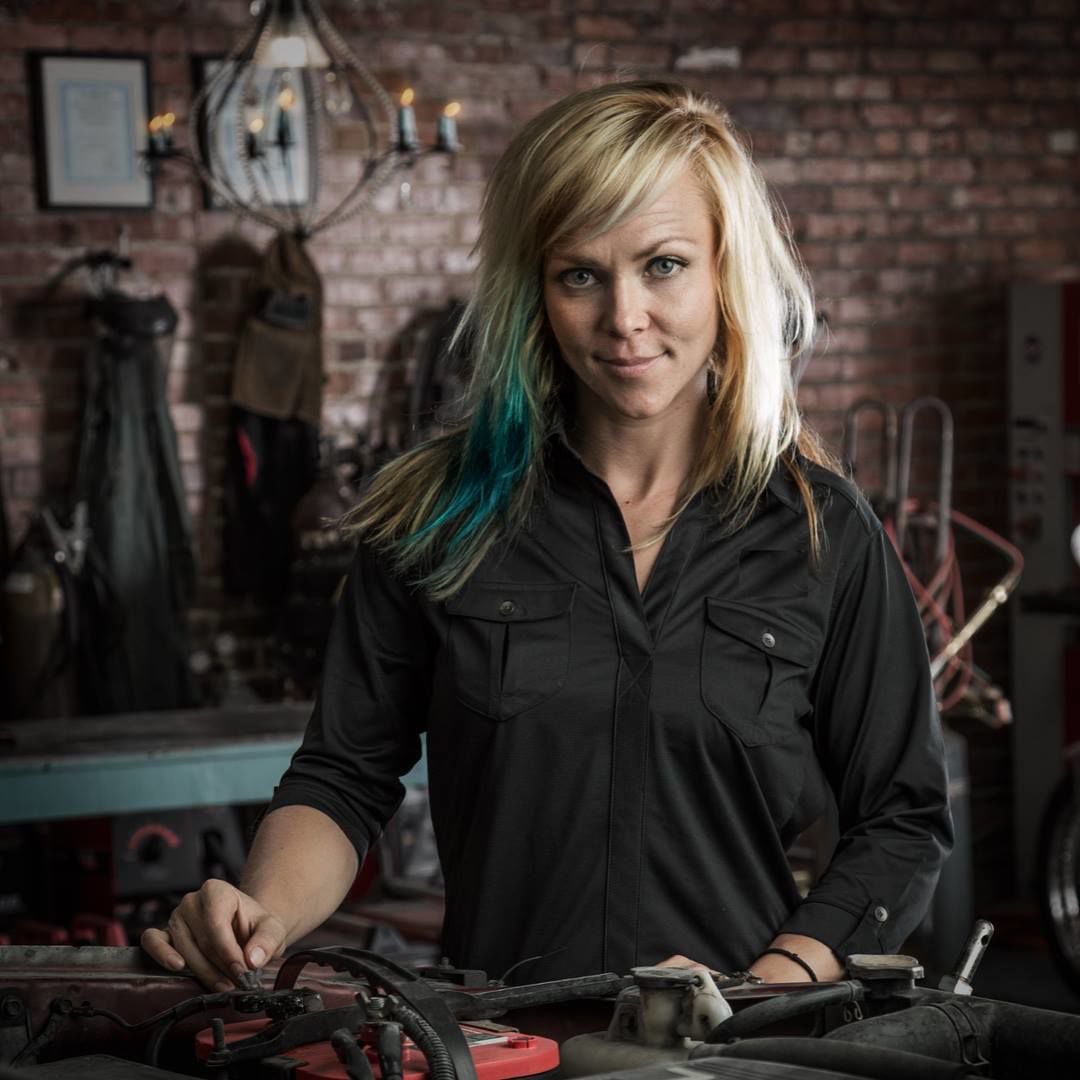 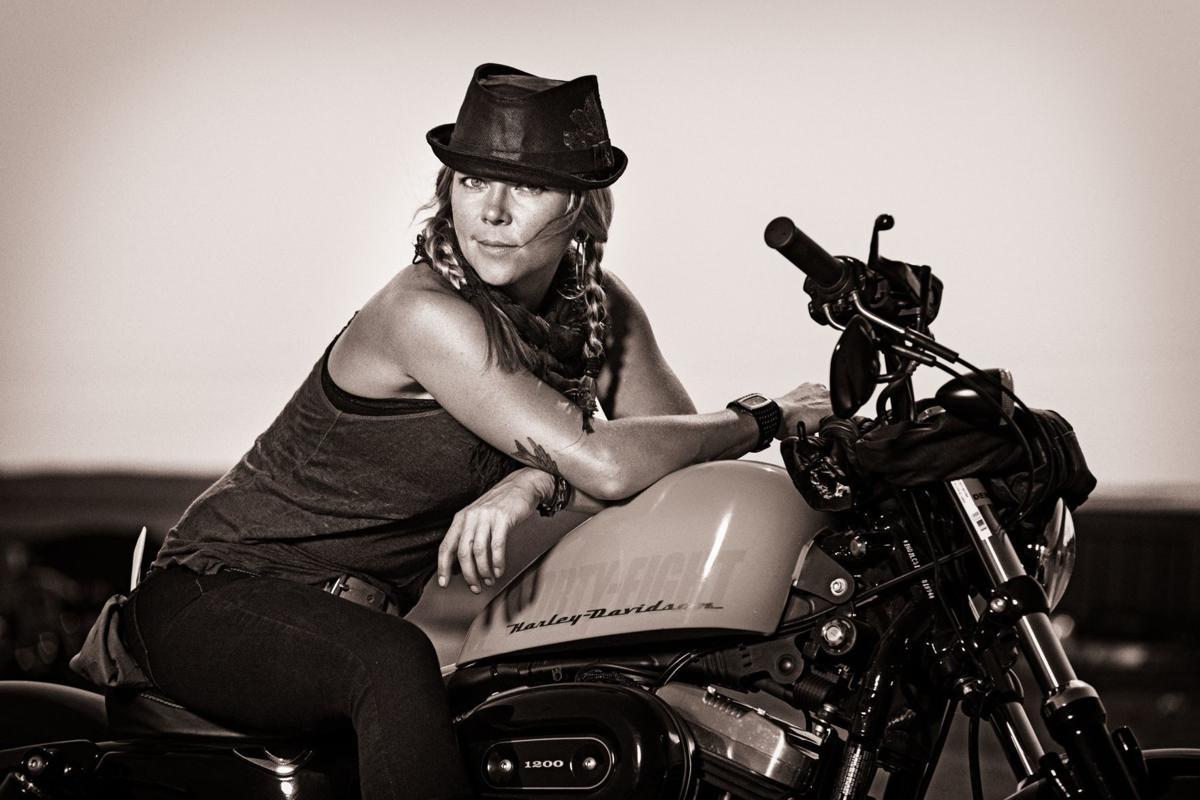 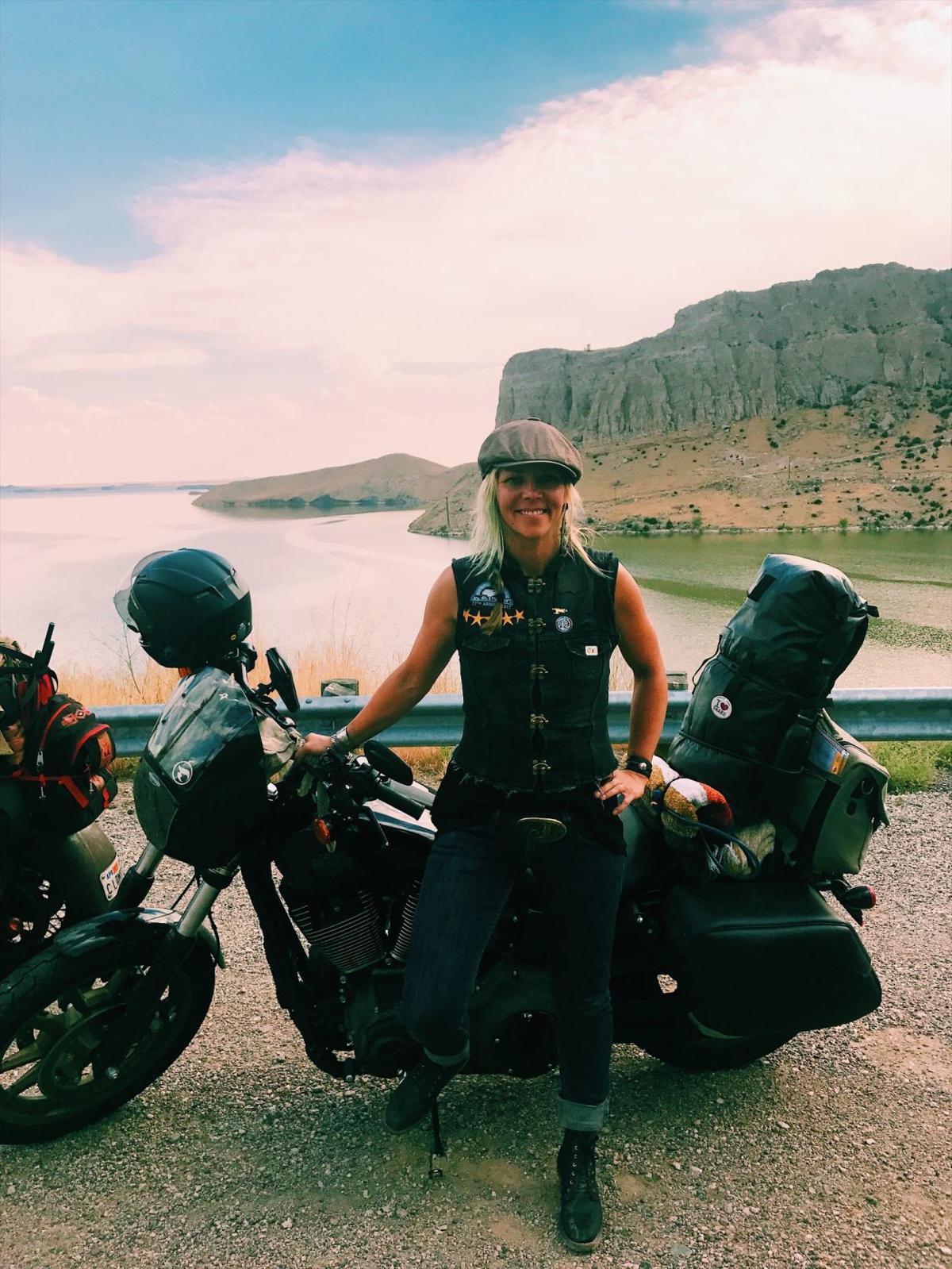 Jessi Combs during a stop while on her 6-day trip from California to South Dakota for the 2017 Sturgis motorcycle rally.

Combs, 39, died Tuesday afternoon while racing in a dry lake bed in a desert in remote Harney County, sheriff's Lt. Brian Needham said in a statement. The cause is under investigation.

Terry Madden, Combs' teammate on the North American Eagle racing team, said in an Instagram post Wednesday that he was heartbroken and added a video collage of photos and video clips of Combs with various team members.

"She was the most amazing spirit that I have ever or will ever know," Madden wrote. "Unfortunately we lost her yesterday in a horrific accident, I was the first one there and trust me we did everything humanly possible to save her!!"

Combs was widely known in the niche sport of jet-car racing and was attempting to break the Women's Land Speed Record of 512 mph set in 1976 by Kitty O'Neil when she died. Jet cars are race cars propelled by jet engines.

She currently held the record as the fastest woman on four wheels — O'Neil piloted a three-wheeled vehicle — for a 398 mph performance in 2013 and had driven even faster in follow-up runs, but mechanical problems prevented those from making the record books.

Combs was born in Rapid City and graduated from Stevens High School in 1998. In 2017, she returned to the Black Hills to serve as grand marshal of the Sturgis Mayor’s Ride at the rally. She was living in Long Beach, California, at the time of her death.

In a statement emailed Wednesday to the Journal, her mother, Nina Darrington, said her daughter’s “bright smile, positivity and tenacious pursuit of her dreams inspired everyone who met her.”

The statement went on to say “her drive and spirit were infectious, and she served as a role model for young girls and women around the world. People that loved her and followed her became family, all bonded together by adventure and passion. Her fans adored her, and she lived to inspire them. Jessi’s most notable dream was to become the fastest woman on earth, a dream she had been chasing since 2012. She was one of the rare dreamers with the bravery to turn those possibilities into reality, and she left this earth driving faster than any other woman in history."

In an Instagram post Sunday, Combs indicated that she hoped to break O'Neil's record in the Oregon desert.

Combs had a longtime passion for race car driving, according to her website. She turned down a full scholarship to a prominent interior design school to travel the country and then moved to Denver to pursue a career in snowboarding.

Later, she moved to Laramie, Wyoming, to attend WyoTech and graduated at the top of her class with a degree in Custom Automotive Fabrication and went on to work in the field.

Combs was injured in 2007 when a large piece of machinery fell on her, fracturing her L3 spinal segment, according to her website. She was expected to have to use a wheelchair for the rest of her life but recovered after eight months of rest and therapy.

After she recovered, Combs appeared on and guest hosted a number of TV shows, including Discovery Channel's "Mythbusters" while honing her skills as a professional driver for movies and commercials.

A celebration of Jessi Combs' life and the establishment of a foundation that will continue her efforts to empower women and young girls are being planned, according to her family.

The Associated Press contributed to this report.

Jessi Combs has a lot of her great-grandma Nina in her.

STURGIS - Known as the Fastest Woman on Four-Wheels, Black Hills native, Jessi Combs has been named the Grand Marshal for the 15th Annual Stur…

Jessi Combs during a stop while on her 6-day trip from California to South Dakota for the 2017 Sturgis motorcycle rally.