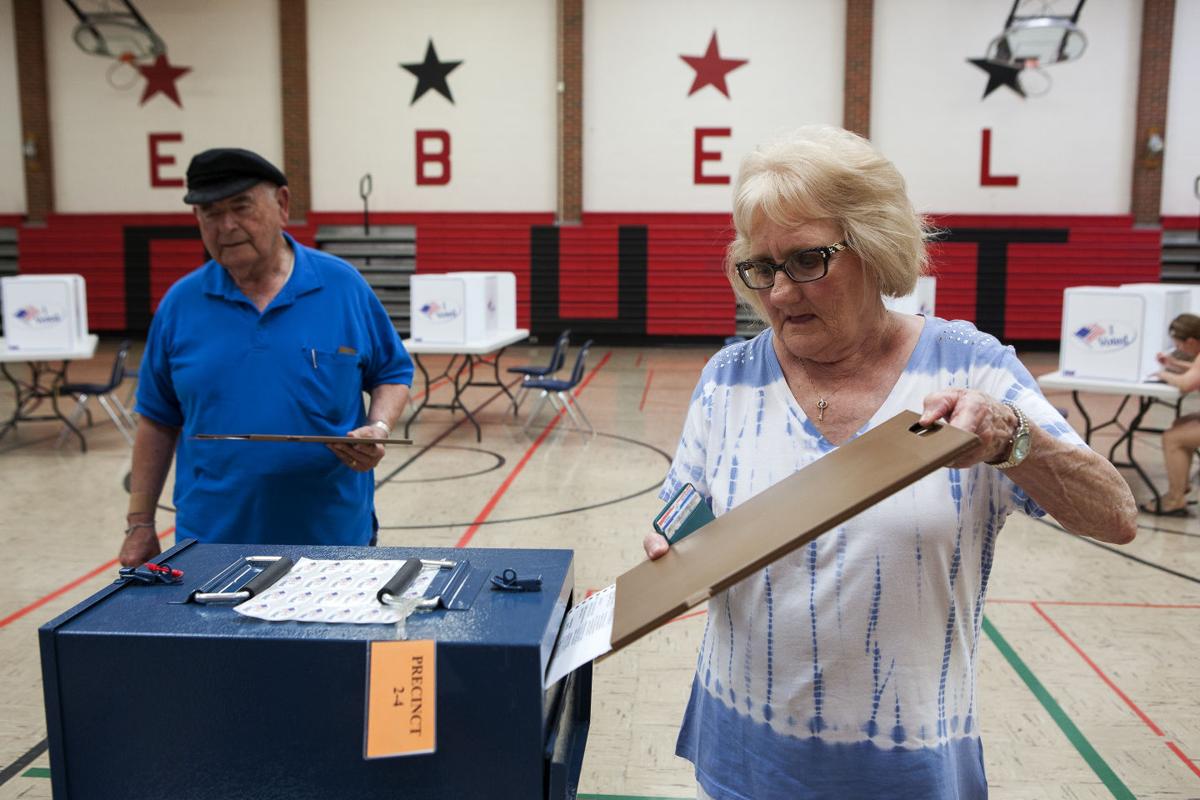 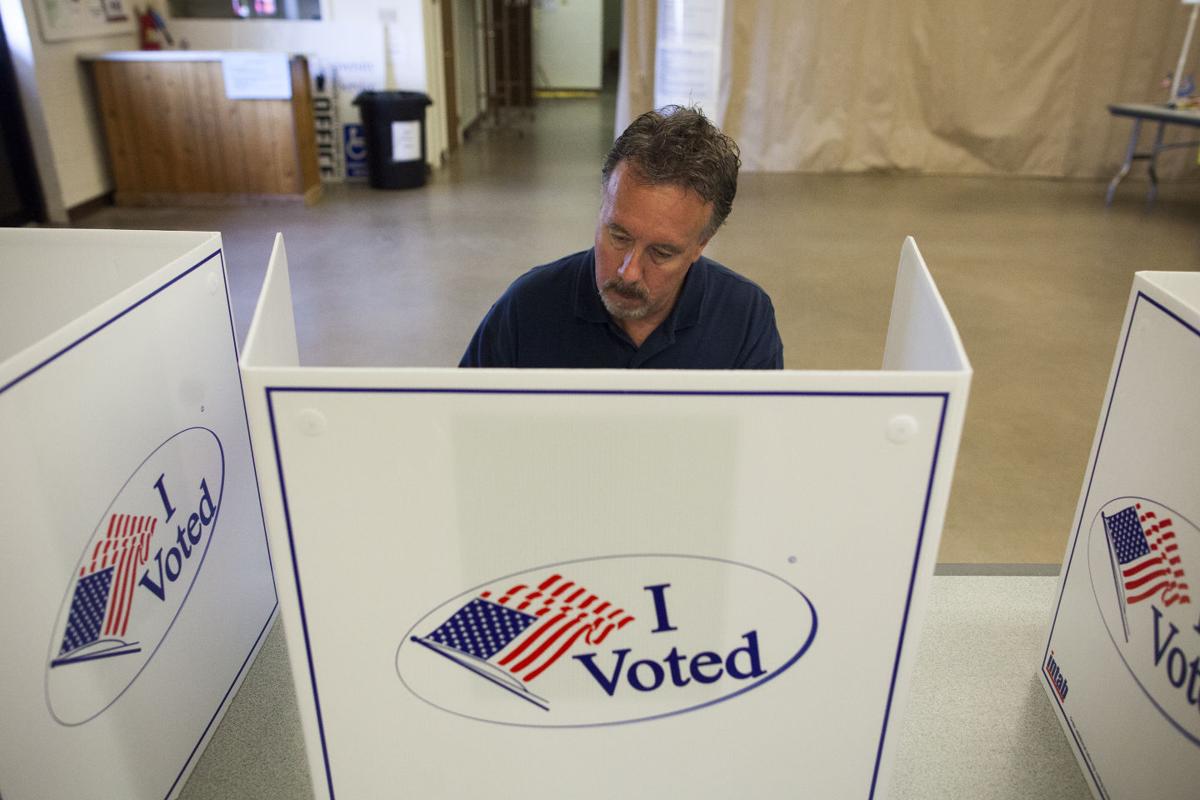 Brad Scott, 55, fills out his ballot for the opt-out measure and Rapid City mayoral race Tuesday at the Walter Taylor 4h building.

By nearly 15 percentage points, voters in the Rapid City School District Tuesday issued a strong answer of "no" to a school board proposal to increase local property taxes to generate $6 million a year in each of the next five years to support schools and probably raise teacher pay.

School district officials said prior to the vote that they likely will have to instill deep cuts into school programs and offerings if the opt-out failed.

But opponents argued that administrators had not done enough cutting or responsible management of funds in order to justify asking taxpayers to pony up.

“We have worked hard and are happy with the results," said Jordan Mason, an opt-out opponent active with Smarter Solutions For Students. "Today marks an important step in addressing our educational problems in an appropriate and financially sound manner."

The Rapid City School Board approved the opt-out vote in late March as a means of supplementing its $84 million general fund budget, which covers salaries and basic operating expenses for the district of 13,600 students and 1,800 employees. The $6 million tax increase would have continued for each of the next five years.

While Mason's group gathered signatures to give voters the opportunity to vote on the opt-out, an equally committed team began laying the groundwork to rally support for the opt-out.

But, the voters apparently could not stomach another increase in property taxes.

The "no" vote was disappointing, according to Todd Brink, who spearheaded the Support Our Schools campaign to pass the opt-out. But Brink said the fight is not over to help teachers and students in the Rapid City School District.

Many people who supported the opt-out worked hard to see it pass, Brink said. People were out waving all over town Tuesday, he said. He predicted that things will now get worse for teachers and children at Rapid City schools.

"We're grateful. I think we made a lot of progress," Brink said. "I feel that we have created awareness in this community."

The effort will not end with this defeat, Brink said. "We look forward to continuing the fight for our schools and our community."

While they waited for the polls to close, the School Board was already shaking its collective head "no" to a request from Rapid City High School Principal Deb Steele. Steele came to the board asking for $6,000 to train a new teacher for the high school's bio-medicine class, an elective class students can take to fulfill the state graduation requirements. The teacher who taught the alternative science class is leaving the district.

Dave Janak, the district's assistant superintendent for fiscal and support services, explained that if the opt-out passed, the funds would be there. Without the opt-out the courses at Stevens and Central high schools will have to be discontinued because of the high supply costs.

"We the School Board wish to thank all of those in the community who had the vision to vote "yes" and to work to try and make Rapid City a better place," School Board President Jim Hansen said.

(This story has been changed to reflect a correction in the final outcome of the opt-out vote.)

Brad Scott, 55, fills out his ballot for the opt-out measure and Rapid City mayoral race Tuesday at the Walter Taylor 4h building.