When state officials sold a former juvenile detention campus to a Custer company for $2.34 million last year, there was a lot they did not know about the company’s key figure, Kevin Teasley.

Among the red flags flapping behind Teasley were a bankruptcy, a disciplinary action for misusing an investor's money and a federal tax lien.

Those red flags went undetected, because the state never looked for them and because Teasley’s identity was shielded by a corporate entity called SLIC-e Holdings LLC.

Another man — Jared Carson, a former mayor of Custer — acted as the company’s sole public face and signed a non-disclosure agreement preventing him from publicly identifying the company’s investors. Carson was also the only person identified on SLIC-e’s incorporation papers.

In January 2018, SLIC-e was the only auction bidder for the 173-acre STAR Academy campus and its collection of buildings, located 5 miles south of Custer. The state had put the campus up for sale because the number of juvenile offenders assigned to the academy had been dwindling, and the state had closed the academy in 2016 following implementation of juvenile-justice reforms.

SLIC-e (which stands for “Sustainable Light Industrial Complex and energy") announced soon after the auction that it planned an “ecologically minded, clean-air, light industrial project” on the campus, with “a place for economic development” for the Custer community.

A purchase agreement and contract of sale that SLIC-e signed with state government required the company to make a series of initial payments, followed by annual payments through 2027 and a final balloon payment in 2028.

The company made the required $351,000 in initial payments to the state by May 2018, and the state put the money in a trust fund to generate interest for the Department of Corrections, where the money will stay.

Because of SLIC-e’s non-disclosure agreements, it’s unknown to the public whether the $351,000 came from Teasley, other investors or both. The Custer Area Economic Development Corporation, which lists Teasley as the chairman of its Marketing Committee, did not invest in the STAR Academy acquisition, according to Gene Fennell, who serves on the corporation's board.

After the initial $351,000 in payments, SLIC-e never made another one. On Wednesday, the state repossessed the campus after SLIC-e bounced a $116,588 check for an annual payment that was more than four months overdue.

Since then, multiple sources have confirmed to the Journal that Teasley was the central figure in SLIC-e. When reached by phone Friday, Teasley refused to speak on the record with the Journal.

Meanwhile, about two dozen tenants — some residential, and some commercial — who rented space on the campus from SLIC-e are wondering about their futures as Gov. Kristi Noem’s administration determines what to do with the property. Her spokeswoman said Wednesday that the governor “is aware of the situation and will evaluate options with the property going forward.” A spokesman for the state Attorney General’s Office said no decisions have been made about whether to seek legal consequences for the bounced check.

The decision to approve the sale of the former STAR Academy campus to SLIC-e in 2018 ultimately rested with then-Gov. Dennis Daugaard, who was term-limited earlier this year and was succeeded by Noem. Daugaard, through his former chief of staff, Tony Venhuizen, declined to speak on the record about the matter Friday. Venhuizen also declined to speak on the record, and Hunter Roberts — a former Daugaard adviser who attended the January 2018 STAR Academy auction and is now a member of Noem's cabinet — did not respond to Journal messages.

Ryan Brunner, commissioner of the state’s Office of School and Public Lands, acted as the state’s real-estate agent during the sale of the campus. Brunner said he and other state officials vetted SLIC-e’s business plan, but Brunner said he did not know about the red flags in Teasley’s past.

Brunner acknowledged that the state might have acted differently if it had more thoroughly vetted SLIC-e and Teasley.

“There’s certainly some best practices we can learn from any sale that we do,” Brunner said. “We’ve repossessed the property now, and we’ll await further instructions from the governor’s office about how they’d like us to proceed.”

Teasley’s past includes a bankruptcy in 2001, when he was living in Montana. In 2005, he was barred by the National Association of Securities Dealers, or NASD (now known as the Financial Industry Regulatory Authority, or FINRA), from associating with any member firm. He was additionally ordered to pay $150,000 to an investor whose money he misused.

According to a written decision in NASD’s disciplinary action against Teasley, he worked for World Group Securities Inc. from 2002 to 2003 in Montana. In 2003, according to the decision, Teasley convinced a 42-year-old widow — identified only as “SG” in the decision — to give him $250,000 from her insurance proceeds.

Teasley told the widow that he would invest the money in one company and then another, but according to the NASD decision, one of the companies may have been non-existent, and the other had no investors besides Teasley and the widow.

Teasley told the widow that the return on the investment would be 14 percent per year, the decision said. One of the widow’s checks was later found to have been altered to make it payable not only to the intended company, but also to Teasley’s wife, Cathy.

The widow eventually learned that the investments were not approved by Teasley's employer, World Group Securities. The widow complained, and Teasley gave the widow a cashier’s check for $100,000 but did not repay the remaining $150,000.

World Group Securities disclosed the widow's complaint to the NASD, which investigated and made four attempts to request information from Teasley, who did not respond.

As a result of the NASD’s 2005 order against him, Teasley remains barred from associating with any FINRA-member firm. The Journal inquired to FINRA about whether Teasley ever paid the $150,000 in restitution to the widow, but FINRA did not immediately respond.

Teasley’s financial problems are not all in the past. Public records reveal that he and Cathy Teasley have a $21,673.66 federal tax lien against them in Cascade County, Montana. There is also at least one pending small-claims case against Teasley in South Dakota’s Custer County, and there were at least two recent small-claims cases against him in Custer County that have been resolved.

One of the resolved cases was filed by the Custer True Value hardware store in February 2018 against Teasley and his woodworking business, called It’s Rustic, which he operates on the former STAR Academy campus. The case ended in April 2018 when a representative of the hardware store informed the court that the claim had been paid.

Another claim, for $3,232.79, was filed this past July by Nelson’s Oil & Gas Inc. against SLIC-e Holdings and Jared Carson, the former president and only public face of SLIC-e who recently told the Journal that he no longer has any active role with the company.

The handwritten complaint from Nelson's said, “Propane delivered to SLIC-e Holdings LLC in February in emergency situation when their boiler had no wood chips. Deliveries made on Jared Carson’s personal guarantee.”

On Wednesday, Nelson’s Oil & Gas filed a letter saying the debt had been paid in full.

At least one other small-claims case remains pending against Teasley and It’s Rustic. The plaintiffs, Ralph and Rita Dupres, allege that they bought two cabins from Teasley and It’s Rustic in November 2016. The Dupreses made a 75 percent down payment of $16,780, they allege, with the expectation that Teasley would move the cabins and set them up on their property in Custer within a week or two.

The first cabin wasn’t moved until the spring of 2017, according to the Dupreses, who allege that their numerous attempts to prod Teasley into delivering the second cabin were fruitless.

“We suggested that the deal be nullified and he return all of the money and get his cabin off our land,” the Dupreses’ written complaint says. “He said he spent the money and didn’t have it.”

Teasley eventually stopped communicating with them, the Dupreses allege, so they filed a small-claims case in July for $12,044.80, which they calculated to be the cost of one cabin plus extra compensation for their time, mileage and frustration.

In August, Teasley responded to the Dupreses and the court with a letter. He alleged that the Dupreses still owed him $5,250 (for which he has filed a counter-claim), and alleged that their failure to provide a proper site for the second cabin kept him from delivering it.

“I deny the claim in whole and the cabins were sold ‘AS IS’ without recourse,” Teasley wrote.

On the former STAR Academy campus, there are 11 houses occupied by renters, plus other buildings occupied by tenants including a barbecue restaurant, a digital marketing/media firm and a gallery shared by about a dozen artists who have individual studios.

One of the artists, Steve Leonardi, described Teasley as a smiling, friendly, “smooth operator.” Leonardi said Teasley had shared plans with tenants for a hydroponic operation on the campus that would have sold produce to Black Hills restaurants, and a biomass-powered heating system that would have reduced the campus’ significant overhead. Neither plan was carried out.

Leonardi hopes his new landlord, state government, will let him and the other tenants stay. If they can continue operating businesses on the campus, he thinks the campus will be more attractive to potential buyers if the state puts it up for sale again.

The campus is in a forested setting, and it dates to the early 1900s when it served as a tuberculosis sanatorium, so some of the buildings have a historic look.

A company in Custer has bounced a $116,588 check to state government, triggering a repossession of a former juvenile detention campus that the…

With 34 minutes to spare, someone walked into a state government office Thursday in Pierre and delivered a check that could stave off the repo…

Custer company behind on $116K payment to state

Can schools deal effectively with students who refuse to show up or who get caught selling drugs, using drugs or otherwise breaking the law? S…

Going once, going twice: STAR Academy up for auction again

A second public auction has been set for a former juvenile detention near Custer after the first attempt at a sale stalled in October. 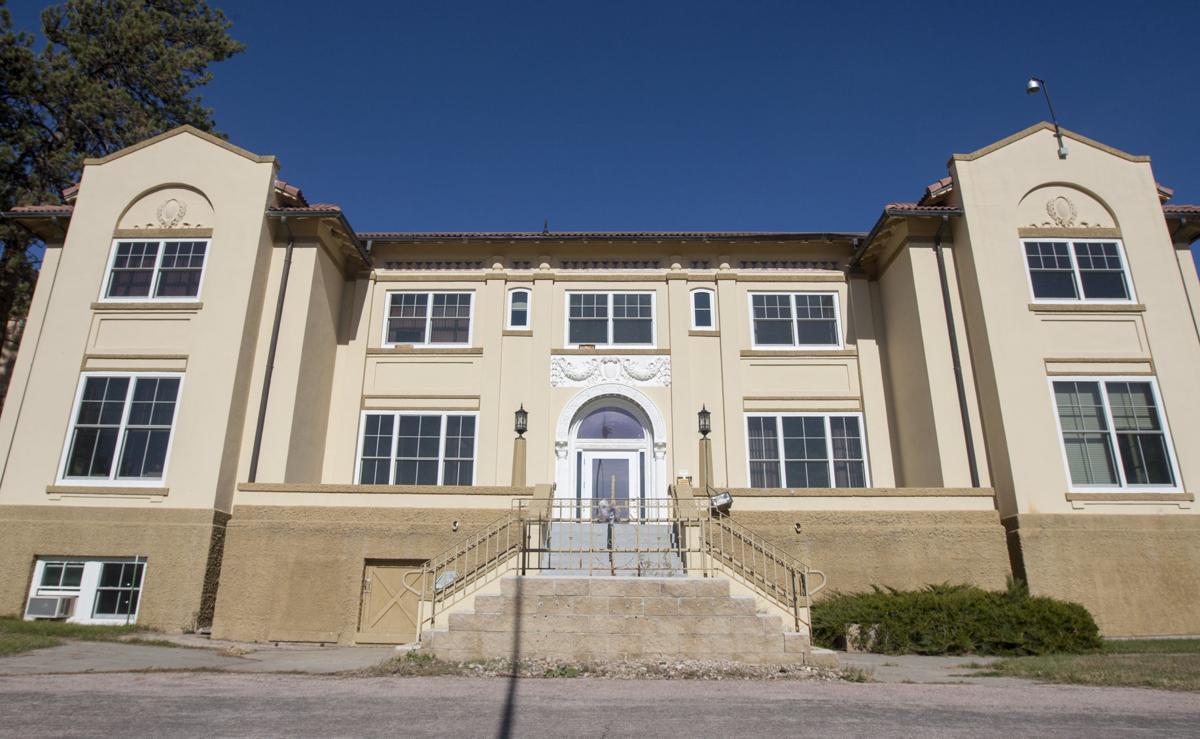 A building on the campus of the former STAR Academy south of Custer, in a 2017 file image. 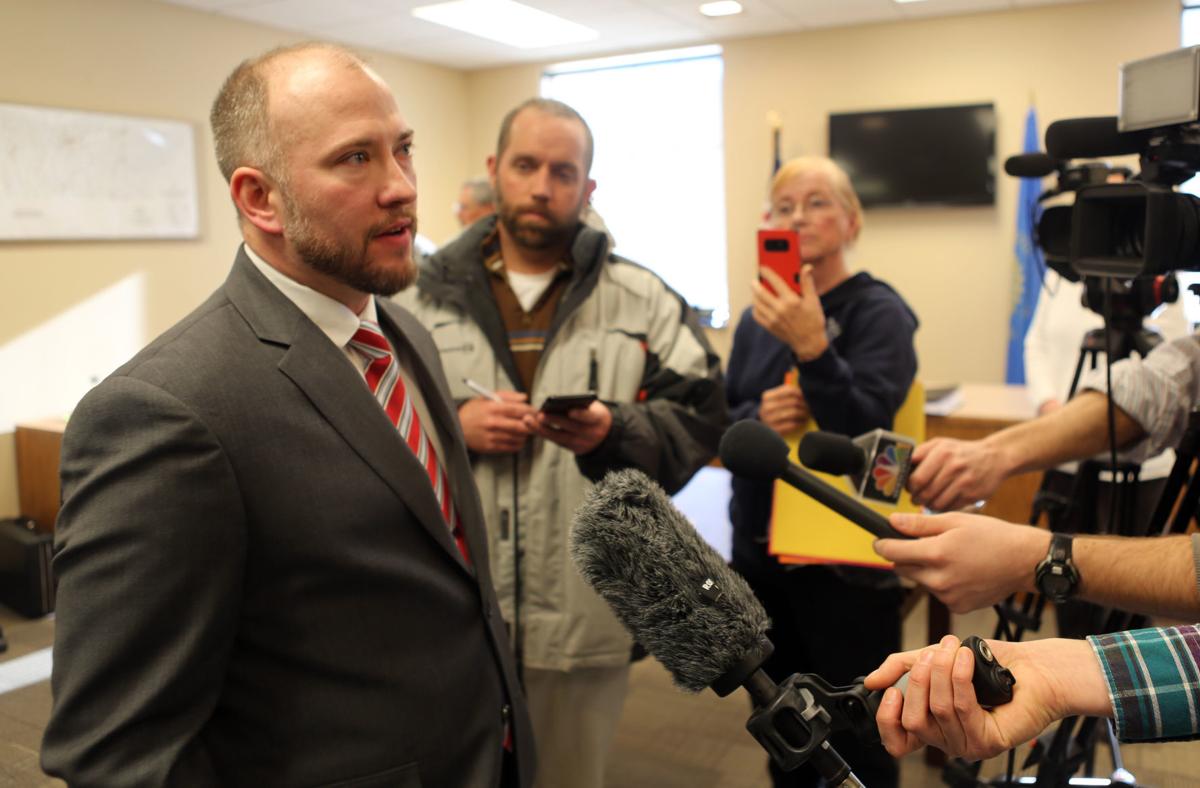 Jared Carson talks to the media in January 2018 at the Custer County Courthouse after submitting the winning and only bid of $2.34 million for the campus of the state-owned former STAR Academy. Carson submitted the bid on behalf of SLIC-e Holdings LLC. 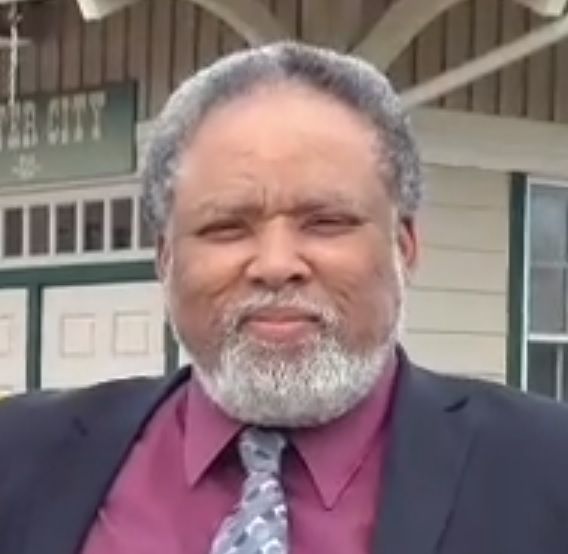