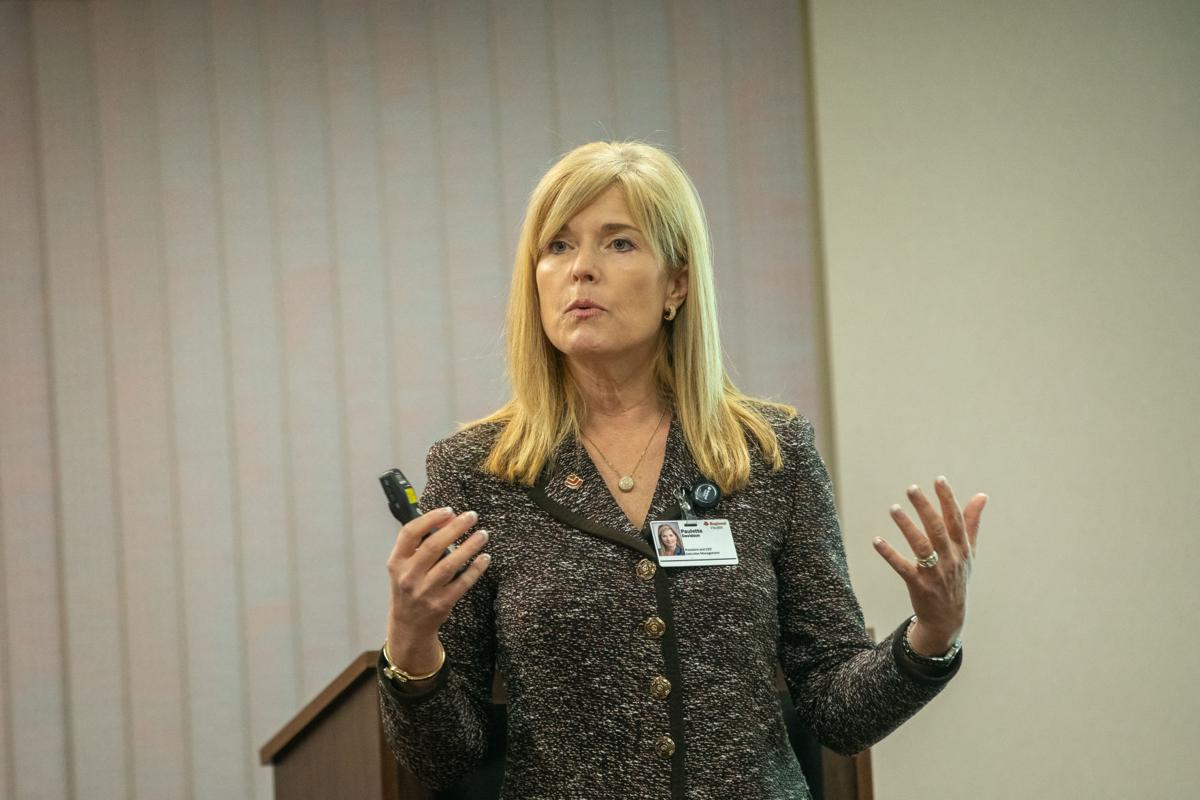 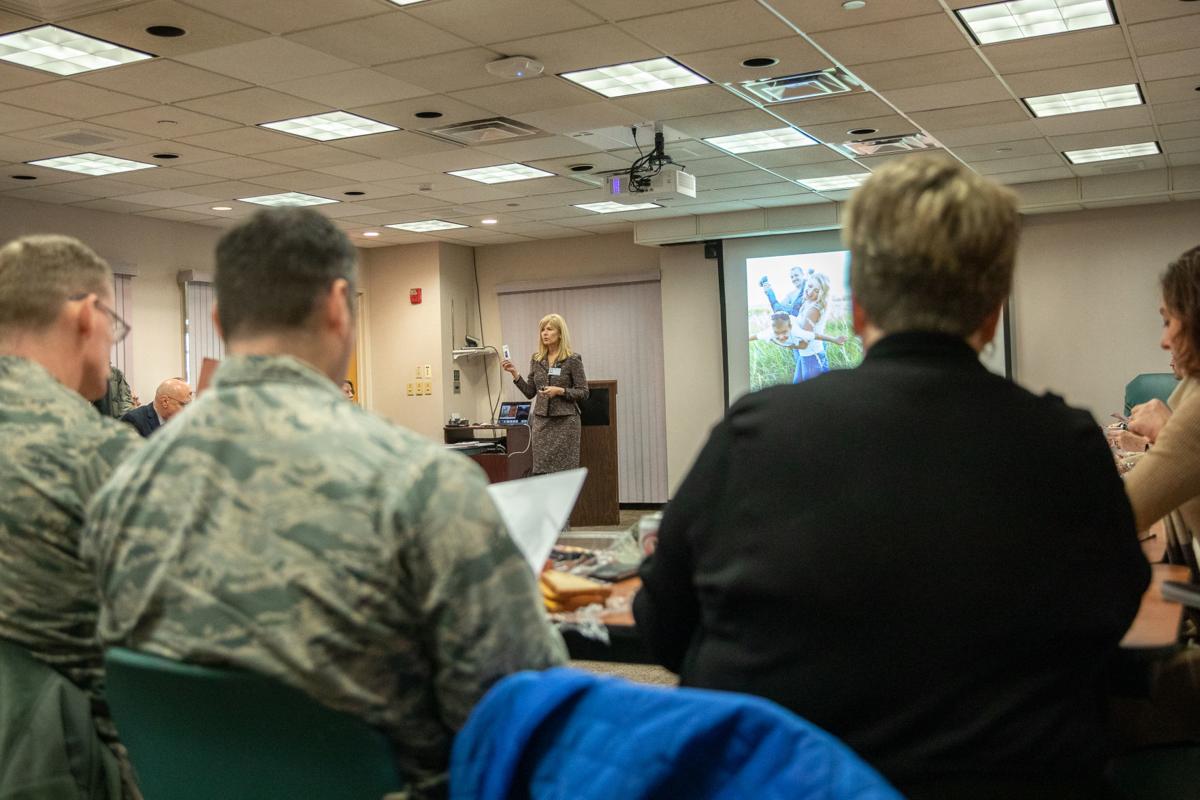 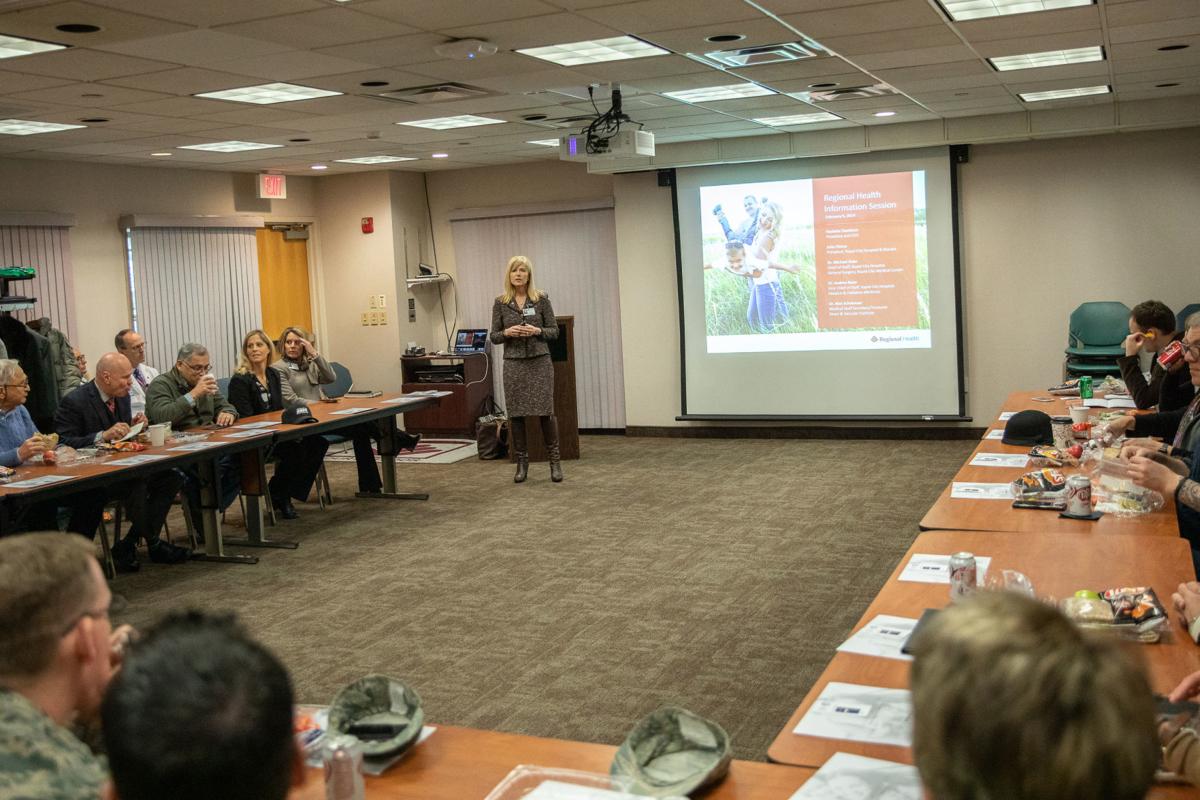 Make a difference. Every day.

That's the mission Regional Health CEO Paulette Davidson laid out earlier this week to a group of 20 community, civic and businesses leaders during an information session at the Rapid City Hospital.

That difference, Davidson said, extends to Regional's patients, employees and the communities where they reside.

She said Regional Health has been working for months, holding dozens of focus groups with caregivers and patients, to develop a plan for the organization's future.

Regional's leadership wants the organization to: "deliver high-quality care, provide a caring experience, be a great place to work, impact our communities and be here for generations to come."

Davidson was named permanent CEO of the health care organization in September, but had been in the role of acting president and CEO since July after then-CEO Brent Phillips stepped down in a move the board would only describe as a "personnel issue."

Phillips' tenure was marked by growth with several new construction projects started within a short time, but it wasn't without challenges. In 2017, 100 doctors called for his removal with a "no confidence" vote. More recently, despite repeated city warnings, medical waste from the hospital was showing up in common trash loads. Regional was then bypassing the city landfill and sending its trash to Nebraska. Regional officials now say they are working on a new plan with city government that will be announced later this year.

Though Davidson didn't mention Phillips by name during the meeting, she said the organization needed to get back to a model called the "root of care" and fight a perception that Regional is a "business first" organization to move past previous issues.

Regional Health leadership held a similar meeting to the one on Wednesday with Regional employees a few months prior.

What Regional's plans were to fix western South Dakota mental health care, diversions away from Rapid City hospital and employee recruiting and retention were all popular questions from the community group.

Pierce said areas of Regional's Behavioral Health Center have been remodeled to add eight more beds so staff there can see more patients. Those beds will open in March.

They have also partnered with the Care Campus downtown to help with the safe bed concept, and are working with other stakeholders in the area on a study assessing mental health needs. That study is being funded through the Leona M. and Harry B. Helmsley Charitable Trust.

Under previous leadership in 2017, Regional Health's Rapid City Hospital changed its admission policies for people suffering from mental illness, leading to a large outcry from the community and the formation of the West River Behavioral Health Alliance.

Another issue of discussion from the group was the number of diversions away from the hospital.

Because of a lack of available beds due to nursing shortages, communities outside of Rapid City had sometimes been diverted away from Rapid City. Patients would sometimes instead take ambulance rides to Gillette, Wyo., or even Colorado.

The Regional Health team said changing that practice has been a priority.

Statz said diversions have gotten better after Regional Health hired 40 nurses from the Philippines late last year. Once construction is completed on the new emergency department connected to Rapid City Hospital, Statz said 20 to 30 more beds should be available, and the practice should become even less frequent.

Statz also said Regional Health is working to recruit more doctors from a variety of disciplines so patients don't need to go to Denver or Sioux Falls for procedures.

He gave the Regional Health Heart and Vascular Institute as a prime example, and said the goal is for that facility to become like the heart hospital in Sioux Falls.

Rapid City Council President Jason Salamun said he could feel a "momentum change," coming from the meeting and Regional Health, which he described as encouraging.

Salamun encouraged Regional and the Rapid City community to partner to recruit caregivers to the region.

Addressing the ever-persistent rumors that Regional Health is up for sale, Davidson said, "We are not looking to sell this company; we want to be here for years to come."

She did note that Regional would be glad to partner with other health care organizations, such as Avera or Sanford, on focused projects if it meant better health care for western South Dakotans.