House Bill 1158, which sought to give the South Dakota governor the power to keep refugees out of the state, is dead.

The proposed law has been tabled by its lead sponsor, state Rep. Scott Craig, R-Rapid City.

“That’s a nice way to say the sponsor withdrew the bill,” Craig said in a phone interview Monday, adding that HB 1158, which was scheduled for a committee hearing on Monday, will not come up again during this legislative session.

Craig said he made the decision to abandon the bill after a weekend conversation with his bill's state Senate co-sponsor, Sen. Bruce Rampelberg, R-Rapid City, and Betty Oldencamp, president of Lutheran Social Services.

Apart from granting the governor extraordinary powers, HB 1158 would have created an infrastructure within the South Dakota Department of Social Services to monitor and coordinate the resettlement of refugees, a function that Lutheran Social Services already performs.

“Everything that bill attempted to secure, they already do, so it’s unnecessary,” Craig said. “We’ve got a phenomenal process. Everything (Oldencamp) described is very thorough.”

Lutheran Social Services is a state-based nonprofit that works with the federal government on the resettlement of refugees, mostly in Huron and Sioux Falls, where the group’s offices are situated.

One power Lutheran Social Services doesn’t have that HB 1158 would have granted the Department of Soclal Services is aiding the governor in instituting a moratorium on the resettlement of refugees in South Dakota for up to a year.

But Gov. Dennis Daugaard recently spoke out against the bill, saying that under federal law, “Governors do not have the authority to refuse to accept refugees,” an assessment shared by several legal experts.

“We never had a moratorium because we can’t,” Craig said. “The 1980 federal Refugee Act says that the president has that power alone. It’s not a power that’s absent in the United States. It’s just not at the state level, and if the governor doesn’t want it, he doesn’t see a need for it.”

Rampelberg said he would like to push for the inclusion of a representative from South Dakota in an observational role in national and international talks about the vetting and placement of refugees.

While he foresees future discussions and legislation about refugees at the state level, Rampelberg said, "I’m not sure we have time" during the current session. 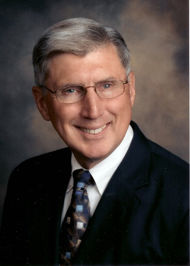 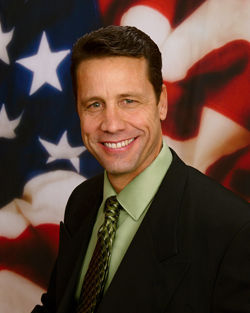