Twenty Republican candidates for Rapid City-area House and Senate seats participated in a meet-and-greet session Wednesday at the Hilton Garden Inn, taking the time to tell voters why they are running for office.

The meeting was hosted by Elevate Rapid City, and featured the candidates Republicans will see on the June 7 primary ballot in legislative districts 30, 32, 33, 34 and 35. In all, 23 candidates will have competitive primary races for the June GOP ballot. Three of the candidates were unable to attend Wednesday's meeting.

No Democratic candidates participated, as there are no competitive legislative primaries for Democrats in districts 30, 32, 33, 34 and 35.

During the meeting, the candidates were given two minutes each to introduce themselves.

Goodwin leaves an open seat with a chance for any of five candidates, including incumbent Rep. Trish Ladner, R-Hot Springs, who seeks her own re-election. The other Republican candidates include Dennis Krull, Gerold Herrick, Lisa Gennaro and Patrick Baumann, all running as Republicans. Democrat Bret Swanson of Hermosa will be on November's ballot.

Krull is a South Dakota native, who has lived in Hill City for 30 years. He is a small business owner and a member of the Hill City Board of Education. He said he ran on his personal beliefs of life, liberty, limited government, fiscal responsibility and education.

"The part about education is the one that I am most (supportive of) right now," Krull said. "I think we need to work a little bit on our property tax reform mainly to help us with education."

Ladner is seeking her second term in the House. She said she wants to be the people's voice in Pierre. Ladner said she has worked on agricultural land taxes and a tax study group.

"We're going to take apart the tax structure and see what we can do to help alleviate some of the tax pressures on our people," Ladner said. "I have two years of proven track record of fighting for you, fighting for what's important for us West River, and District 30 in particular."

Gennero is a resident of the Keystone area, and owns three small businesses. She said she has been a volunteer lobbyist at the State Capitol for the past four years. She also has worked with teens about healthy dating behaviors and good dating relationships.

Gennero said she is running for the District 30 House seat to make South Dakota a better place.

"I have always been involved in our community, which is very, very important to me. That is one of the reasons I am running for District 30," Gennero said. "And I'm hoping when I get there that I can help make this state better, help grow this state, and try and keep it the moral, wonderful state that we all love."

Baumann is a third-generation resident of the Black Hills. He said he has experience in tourism, agriculture, sales, mining and forestry.

Baumann said he decided to get in the race because he's concerned over what's going on in government at the state and national levels. He said he wants to protect freedom, election integrity and push back on government overreach.

"Some of this crazy spending that's going on, standing up for election integrity and family values, and especially protecting the unborn," Baumann said. "I'm ready to roll up my sleeves and work hard and not be a career politician. I'm a Christian patriot. When I look at a bill, I'll ask does it meet biblical standards first, and then does it meet constitutional standards."

Herrick said he moved to the Black Hills 30 years ago. He is a U.S. Army veteran and a former manager for an insurance company covering Wyoming, Montana and South Dakota. He also had a small business in Hot Springs. He is a concrete finisher for a business in Keystone and Hot Springs.

Herrick ran out of the allotted two minutes before explaining to those at the meeting why he was running for office.

Goodwin is looking to change from the House to the Senate. He has served in the House for the past six years and is a House Minority Whip. Goodwin is a U.S. Army veteran.

"I'm a Christian conservative Republican. My standards there being a Christian is the Bible. Being a conservative is the Constitution, both the U.S. and the state. Also being a Republican is the Republican platform," Goodwin said. "I'm pro-gun, pro-life and I have saved the (Hot Springs) VA that was on my cart six years ago and now it has resurfaced."

Incumbent Sen. Helene Duhamel, R-Rapid City, will face Democrat Nicole Heenan of Rapid City in November. Because neither Senate candidate has a competitive primary, they did not participate in Wednesday's meeting.

Incumbent Rep. Becky Drury, R-Rapid City, will seek re-election while Rep. Chris Johnson vacates his own seat. Christine Stephenson and Jonathan M. Old Horse will seek the seat as Democrats in November, while Jamie Giedd and Steve Duffy will run as Republicans in the June primary. All four live in Rapid City.

Drury was first elected to the House in 2020. Previously, she served on the Rapid City Council and worked in telecommunications. During the 2022 session, Drury was on the Taxation, Local Government and Military Affairs committees.

She said she is running for re-election to continue serving the district, even those in the district she doesn't always agree with. She said she looks for common ground among all of her constituents.

These are just hard working people and they make our lives run, day in and day out — and I appreciate all of them," Drury said. "We don't always agree when you go up and knock on someone's door... But that's okay because we always find things we can agree on."

Duffy grew up in Fort Pierre. He's lived in District 32 for 41 years. A former television station marketing executive, Duffy said he has become passionate about small businesses. He said he was formerly a Democrat, but changed to the Republican party when he said "the party left me."

"I became a zealot for small business and an evangelist for these guys because these are the job creators and the risk takers. They are really what matters to an economy," Duffy said. "Rapid City is growing and one of the things I hear continually is what is this growth going to do to our quality of life, and it is going to change. I don't know if it's for better or for worse, but that was the reason that moved me toward this day here."

Giedd said she is a fifth-generation South Dakotan. She is a church volunteer and said she decided to run for office after hearing from friends and family members about concerns of democracy.

She said she wants to make sure that the people's voices are heard and that it counts.

"My platform is to maximize personal freedom for all, but limited government and fiscally conservative policy," Giedd said. "I couldn't agree more with (the importance of) local business. I want to develop (business) and to also develop workforce for businesses."

Want to know how to make someone read a book — tell them they can't read it. 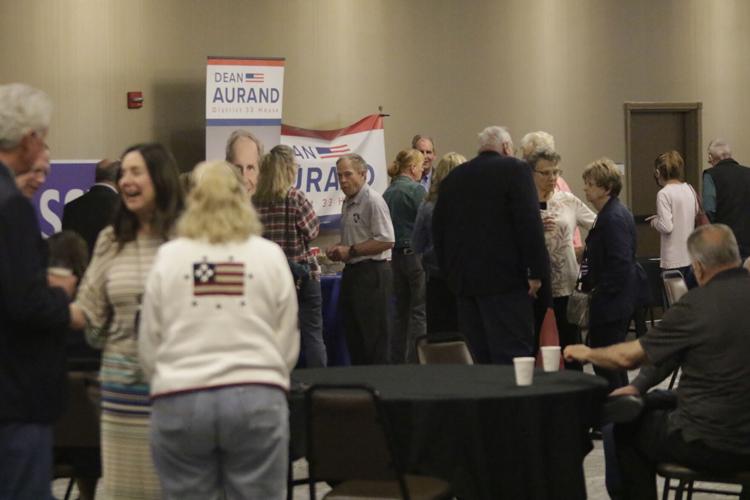 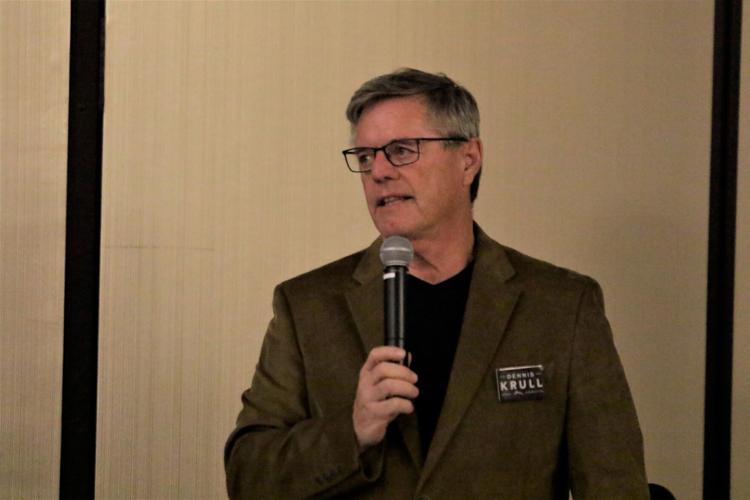 Dennis Krull, a candidate for District 30 House, discusses the reasons why he is running for election during a Republican primary candidate's meet and greet session Wednesday at the Hilton Garden Inn in Rapid City. 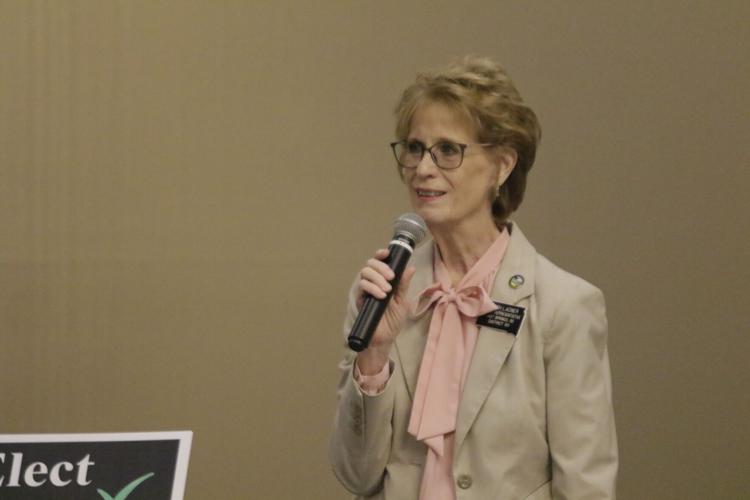 Incumbent District 30 Rep. Trish Ladner discusses the reasons why she is running for re-election during a Republican primary candidate's meet and greet session Wednesday at the Hilton Garden Inn in Rapid City. 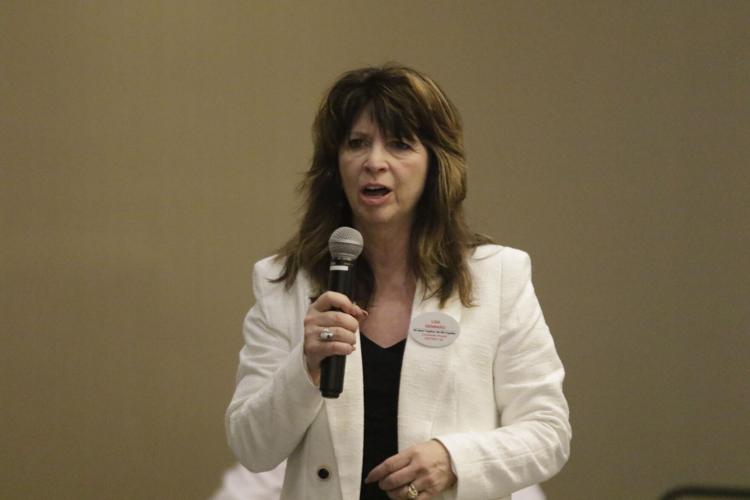 Lisa Gennero, a candidate for District 30 House, discusses the reasons why she is running for election during a Republican primary candidate's meet and greet session Wednesday at the Hilton Garden Inn in Rapid City. 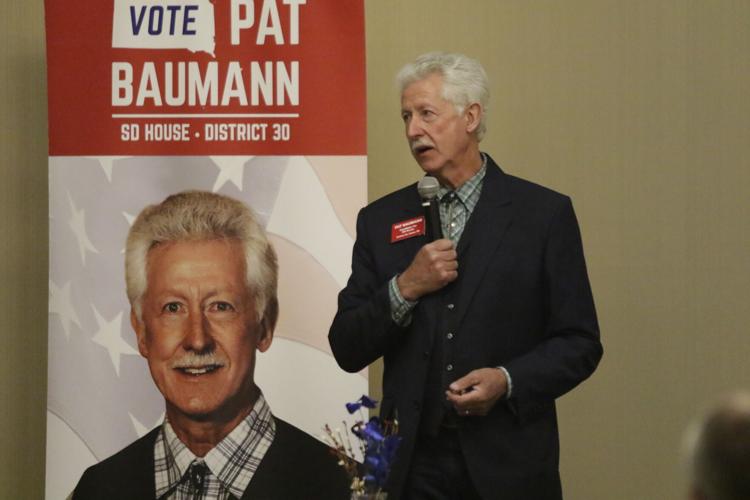 Pat Baumann, a candidate for District 30 House, discusses the reasons why he is running for election during a Republican primary candidate's meet and greet session Wednesday at the Hilton Garden Inn in Rapid City. 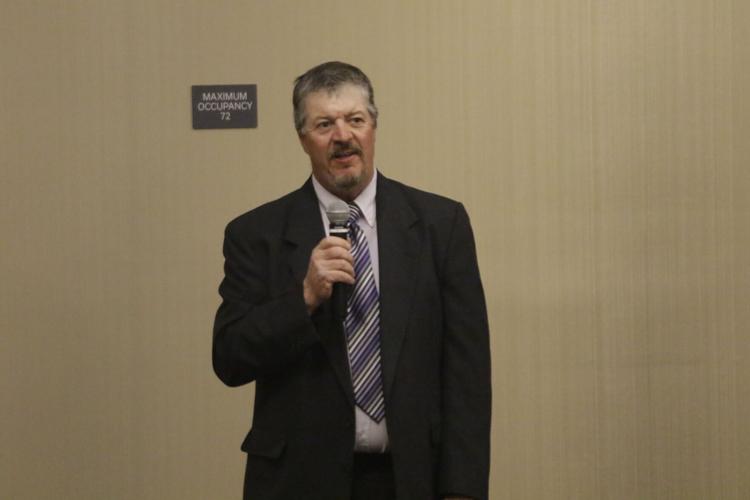 Gerold Herrick, a candidate for District 30 House, discusses the reasons why he is running for election during a Republican primary candidate's meet and greet session Wednesday at the Hilton Garden Inn in Rapid City. 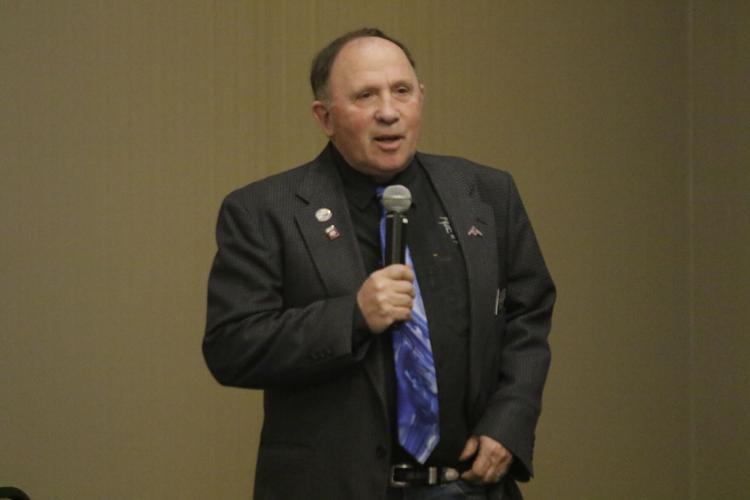 Incumbent District 3 Rep. Tim Goodwin is seeking to change from the House to the Senate. He discusses the reasons why he is running for the seat during a Republican primary candidate's meet and greet session Wednesday at the Hilton Garden Inn in Rapid City. 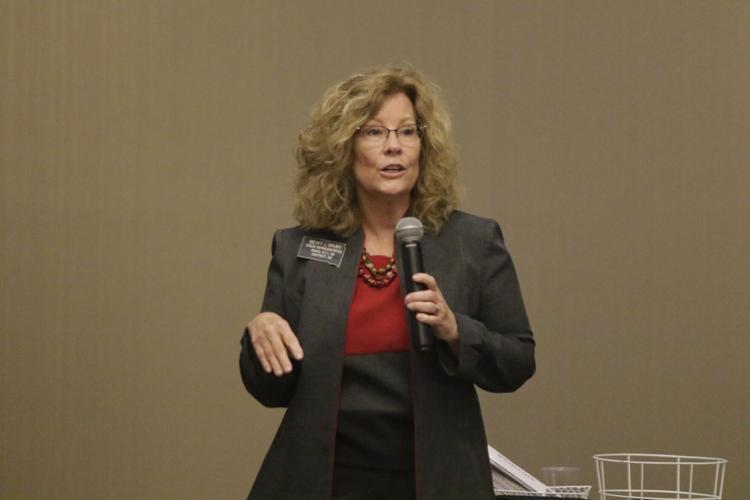 Incumbent District 32 Rep. Becky Drury discusses the reasons why she is running for a second term during a Republican primary candidate's meet and greet session Wednesday at the Hilton Garden Inn in Rapid City. 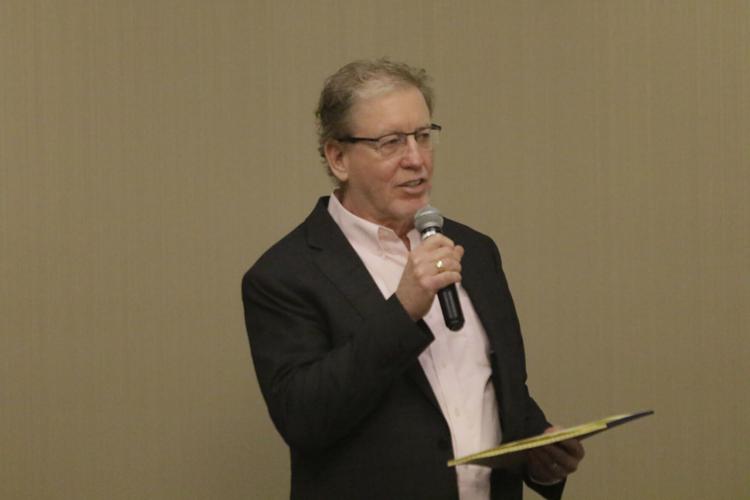 Steve Duffy, a candidate for District 32 House, discusses the reasons why he is running for election during a Republican primary candidate's meet and greet session Wednesday at the Hilton Garden Inn in Rapid City. 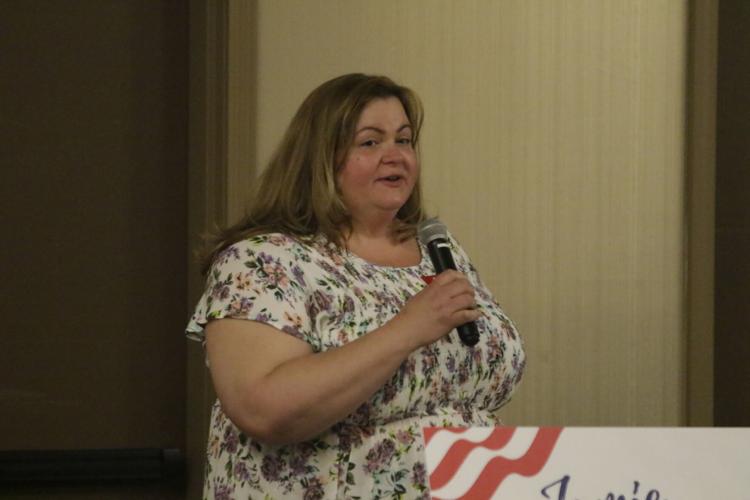 Jamie Giedd, a candidate for District 32 House, discusses the reasons why she is running for election during a Republican primary candidate's meet and greet session Wednesday at the Hilton Garden Inn in Rapid City.