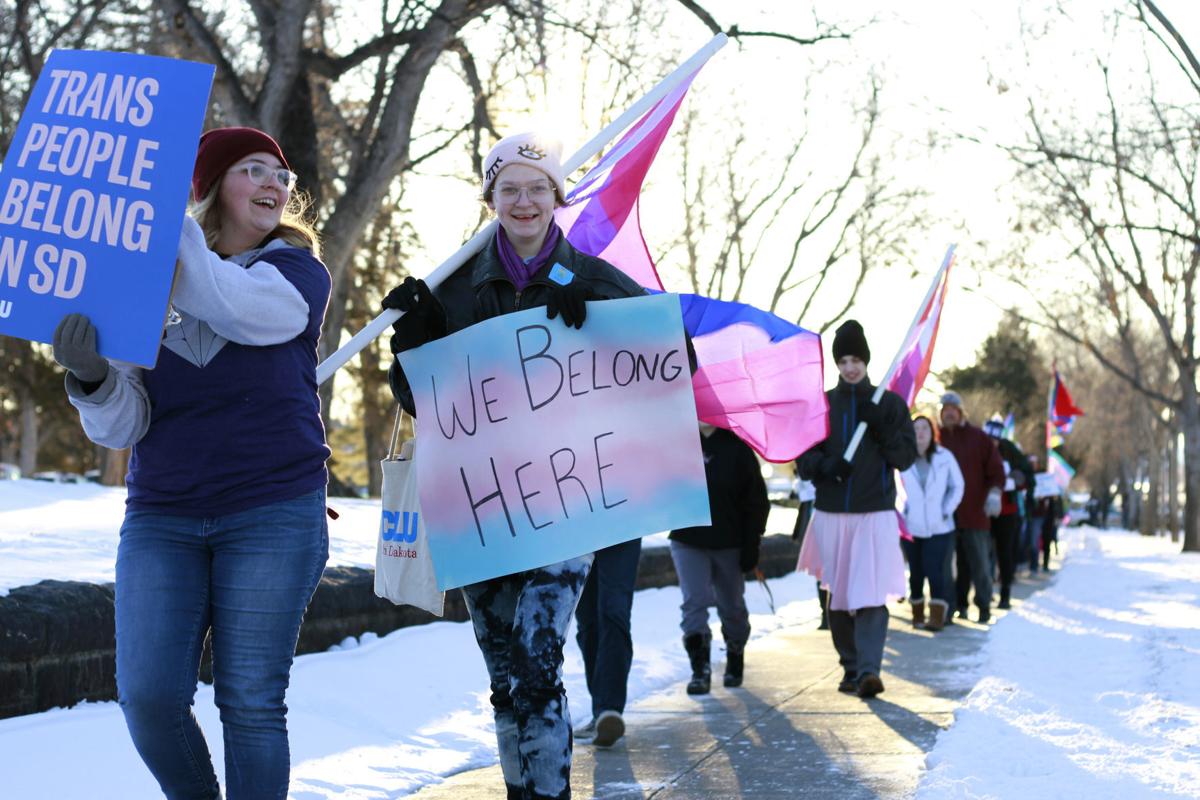 LGBT advocates march Monday outside the state capitol in Pierre to protest a bill that would ban gender-change medical treatments for children under 16. 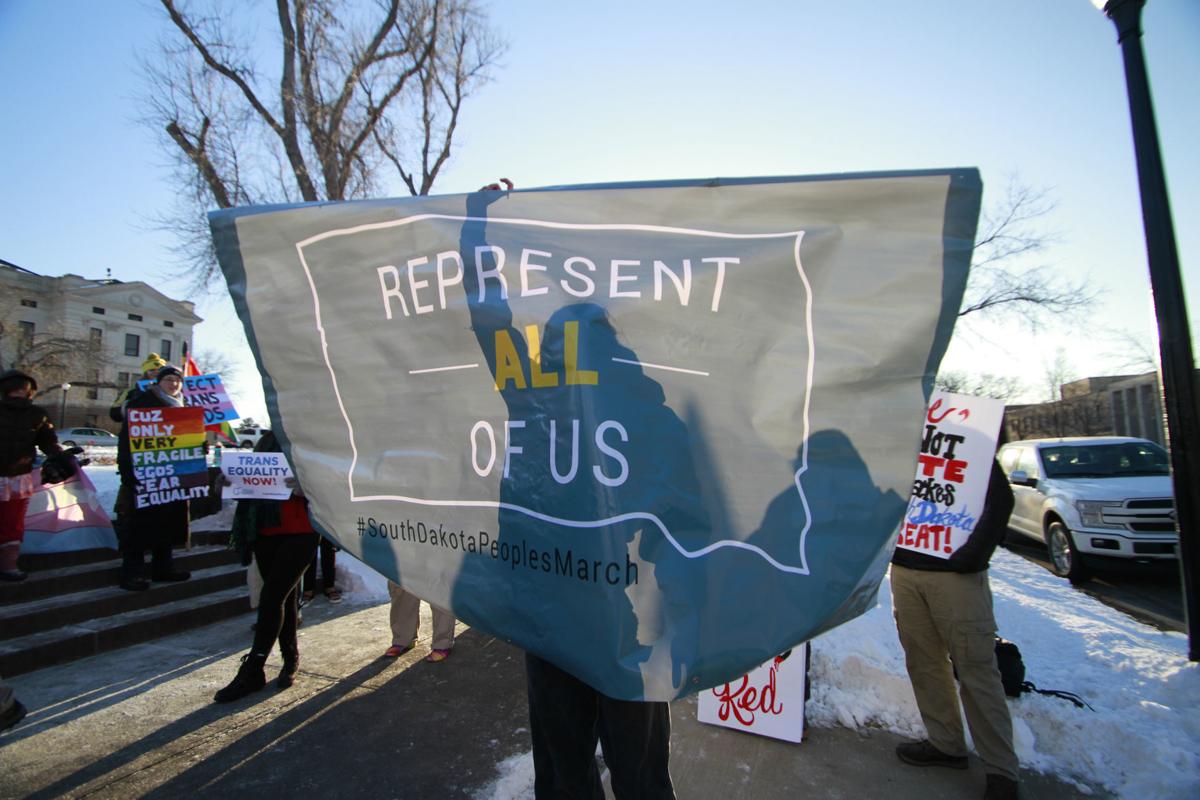 A protester unfurls a banner Monday outside the South Dakota Capitol in Pierre, as LGBT advocates protested a bill that would ban gender conformation medical treatments for children under 16.

PIERRE | Legislation aimed at stopping physicians from providing puberty blockers and gender confirmation surgery to transgender children under 16 failed to get enough support Monday in a Senate committee.

The Republican-dominated Senate committee voted 5-2 to kill the proposal, likely ensuring the issue won't be considered by the Legislature again this year.

Proponents already had amended the bill to get rid of criminal charges for doctors who provide gender confirmation treatments, including puberty blockers, hormone therapy and surgery. But it would have allowed children to sue if they later regretted the treatments.

Conservative lawmakers in nearly a dozen other states, including South Carolina, Florida, Missouri, Colorado, Illinois, Kentucky and New Hampshire, are pushing similar proposals. The measure had gained the most traction in South Dakota, where the House recently passed it.

But some Republican senators and Republican Gov. Kristi Noem had expressed concerns and questioned whether the Legislature should be delving into the issue.

LGBT advocates and Democrats argued that the proposal would have stopped children with gender dysphoria from receiving medically necessary health care that improves their mental health. They demonstrated outside the Capitol before Monday's Senate Health and Human Services Committee meeting.

Quinncy Parke, a 17-year-old transgender teenager, testified before the committee and had one word to describe the feeling of seeing the bill die: “ecstatic.”

“It's gone," Parke said. "I don't have to worry about it until next year.”

Proponents of the bill maintained that the treatments harm people in the long run.

Rep. Fred Deutsch, a Florence Republican who introduced the bill, said the testimony and debate had accomplished “what we set out to do.” He said he wanted to raise awareness about potential side effects and doubts that some doctors have about whether the procedures help patients in the long run.

Leading medical authorities, including the Endocrine Society and the World Professional Association for Transgender Health, do not recommend gender confirmation surgeries for children. For youths experiencing puberty and older adolescents, the Endocrine Society recommends that a team composed of expert medical and mental health professionals manages treatment, which can include puberty-blocking drugs or hormone therapy.

LGBT advocates march Monday outside the state capitol in Pierre to protest a bill that would ban gender-change medical treatments for children under 16.

A protester unfurls a banner Monday outside the South Dakota Capitol in Pierre, as LGBT advocates protested a bill that would ban gender conformation medical treatments for children under 16.