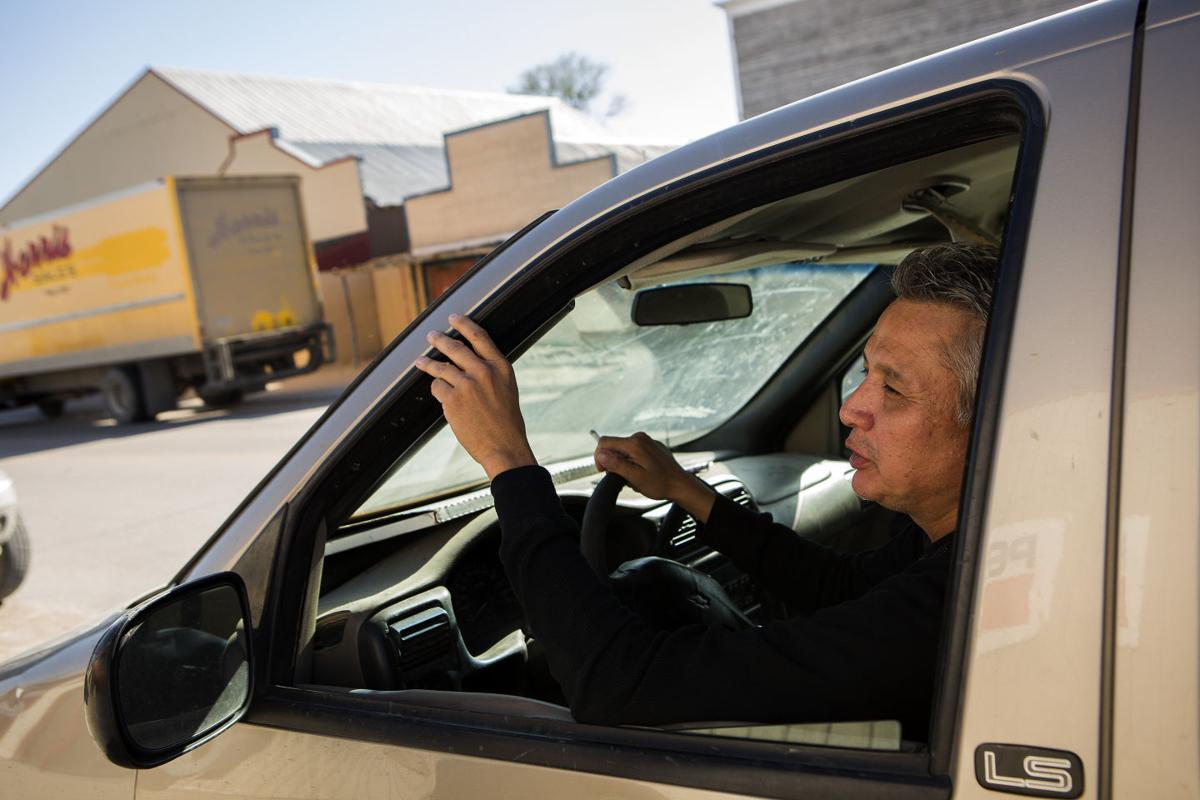 Joe Pulliam, an artist and resident of Pine Ridge, sits in his car listening to a radio debate on an upcoming referendum on legalizing alcohol sales and use on the Pine Ridge Indian Reservation. Pulliam voted in favor of legalization in 2013, but is now unsure. 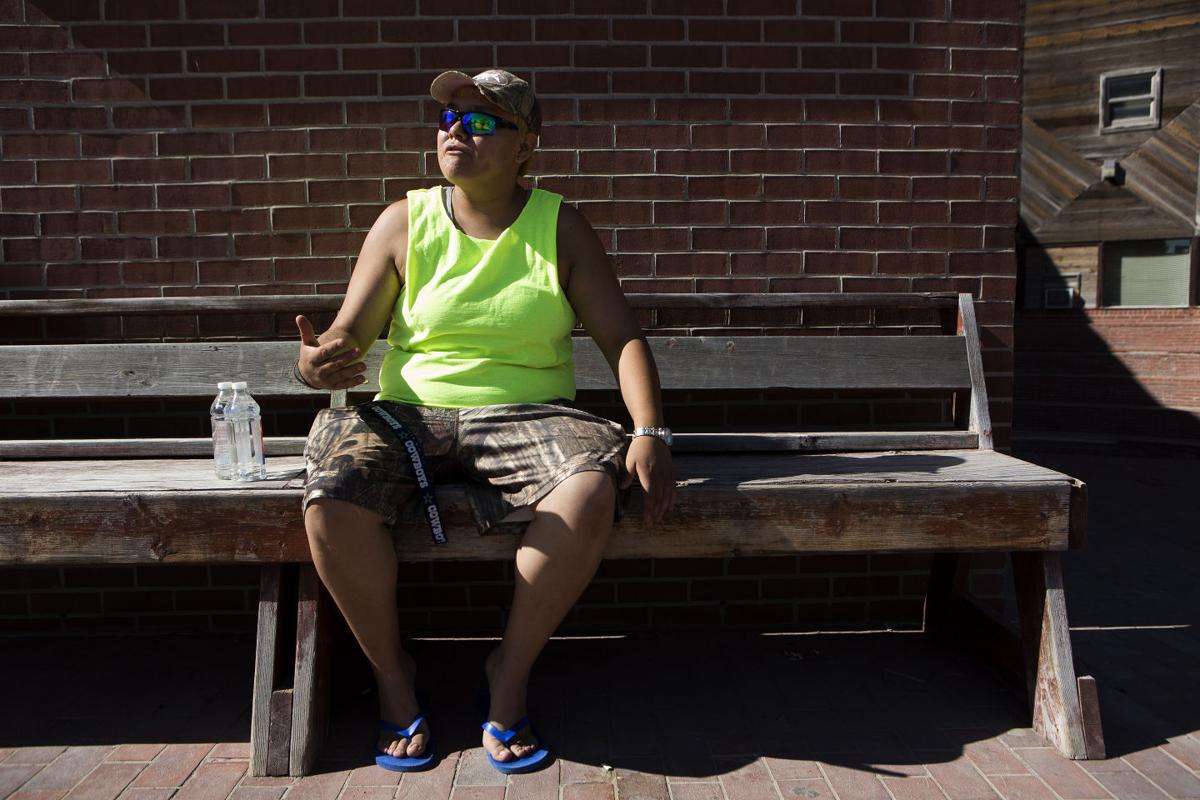 While sitting outside the tribal government offices on Thursday, Gluoni Hampi, 23, a Pine Ridge resident, talks about how she believes alcohol shouldn't be legalized on the reservation. 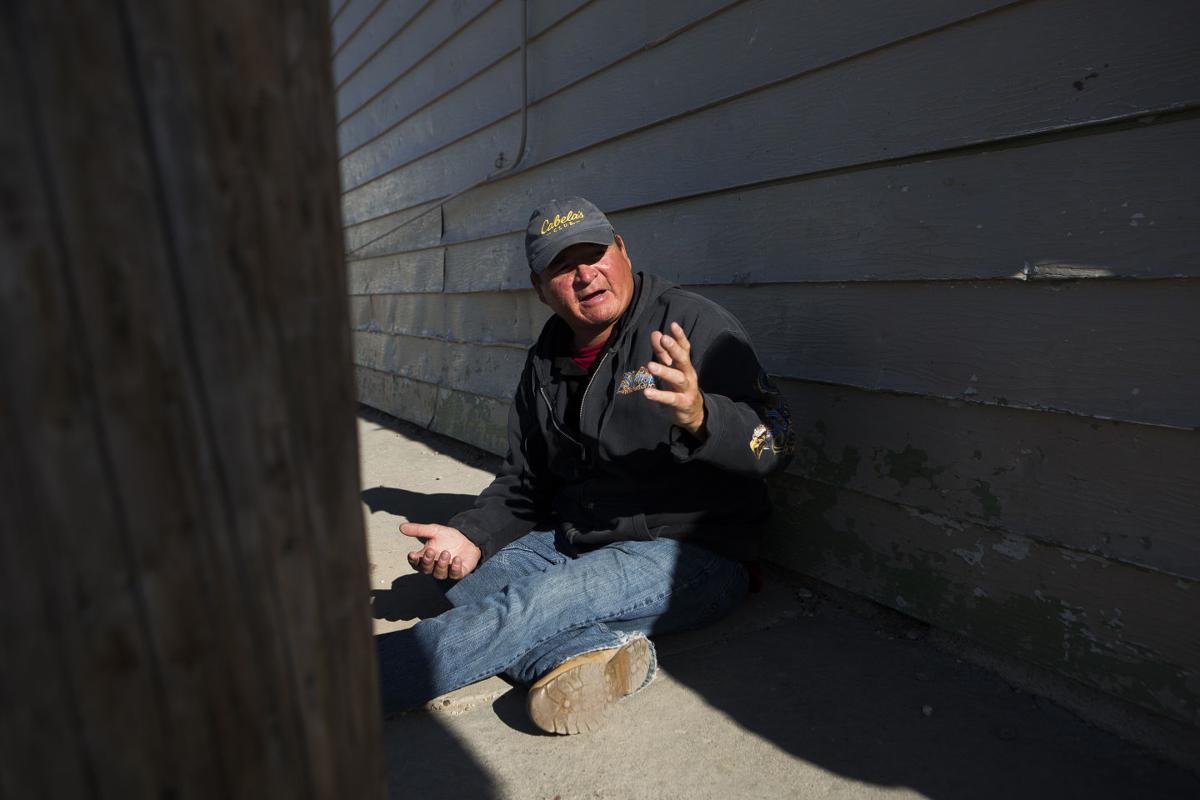 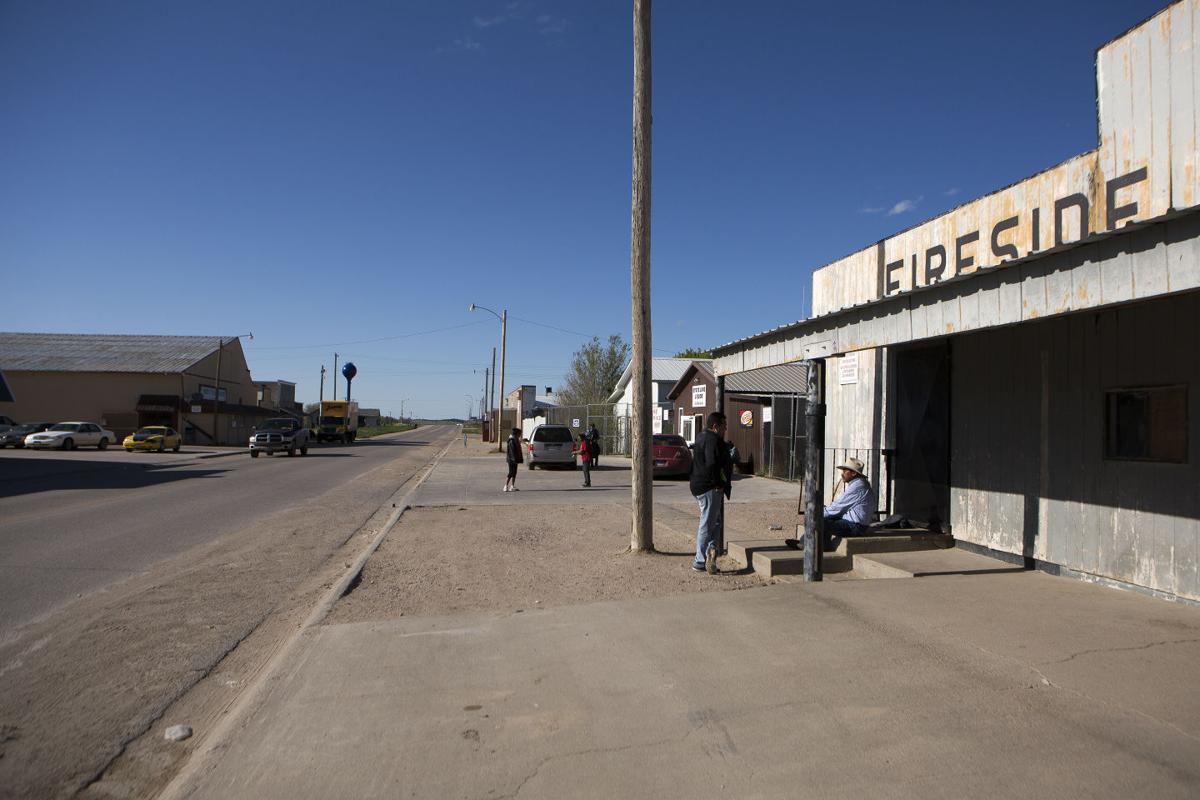 Stores that sell beer in the unincorporated community of Whiteclay, Neb., just over the state line from South Dakota's Pine Ridge Indian Reservation, are being forced to reapply for their liquor licenses.

Nearly three years have passed since members of the Oglala Sioux Tribe voted to legalize alcohol on the Pine Ridge Reservation. Though the measure passed in a 2013 referendum, no alcohol sales have occurred since then, and the results and intent of the original vote been cast into doubt.

So this Tuesday, residents of Pine Ridge will once again be asked in a referendum if alcohol should be made legal on the reservation more than a century after it was banned.

Opinions on the matter remain as divisive and impassioned as they were in 2013, but knowledge of the pending vote is lacking in some cases.

Sitting on a bench outside the tribal government offices on Thursday afternoon, Gloni Hampi, 23, of Pine Ridge, said she had no idea a new vote was being held. But Hampi is nevertheless against legalization.

“I don’t think we should legalize alcohol, because it’s killing our people,” Hampi said.

Venus Rodriguez, 54, a recovering alcoholic, said she has lost many loved ones to alcohol, and if it is made legal on Pine Ridge, “they’d better start digging the holes and burying our people.”

Beer and booze may still be technically illegal in Pine Ridge, but it has found its way into the reservation nonetheless, causing some of the highest rates of alcoholism in the nation. Much of it is brought in by bootleggers through the town of Whiteclay, Neb., two miles south of Pine Ridge village, where an estimated 4 million cans of beer are sold a year.

Driving through Whiteclay, it’s not uncommon to see people reclining in the shade outside taverns or huddling in the ditches along the road. Many of them are from Pine Ridge, like Alan Basket Full of Bread, who said if stores started selling alcohol on the reservation that “it wouldn’t change anything,” and that he would still go to Whiteclay.

“It’s the companionship,” said another man who gave a wry smile as he identified himself as Charles Emerson Winchester III, a character from the TV show M*A*S*H.

Whether alcohol should or should not be sold on Pine Ridge is a question that has lingered in the air since voters voted in favor of legalization in the summer of 2013, with 1,843 ballots cast in favor and 1,683 against.

But the tribal council has remained divided on the idea, resulting in two members asking a judge to reject the measure shortly after it was passed. Oglala Sioux public relations officer Kevin Yellow Bird Steele also said that tribal attorneys have determined that the language of the original resolution did not officially legalize alcohol on Pine Ridge, but functioned more as a poll to see what voters wanted to happen.

“The new in-house counsel has decided it wasn’t binding on that last vote, so they’re going to hold another one,” Yellow Bird Steele said, going on to confirm a report that the ballots and documentation of the 2013 referendum vote have been destroyed, though he was unable to clarify how, why, or by whom.

Whatever happened to the results of the 2013 referendum, the language of the new resolution asks voters to authorize the possession, use, sale and distribution of all types of alcoholic beverages — including beer, wine, and spirits — in Pine Ridge. If approved, alcohol sales and distribution would be licensed, regulated, and taxed by the tribe, which is named in the resolution as “the sole entity permitted to store, sell, and distribute alcoholic beverages on the Reservation.”

Yellow Bird Steele said the money raised by the sale and taxing of alcohol would be used exclusively to finance the establishment of an alcohol-treatment center, though there is no language in the resolution that allocates the funds for that specific purpose.

The Oglala Sioux Tribe government in Pine Ridge is divided into nine districts, each of which has at least two representatives who sit on the council. When the idea of holding a new referendum came up in February, six council representatives voted against it and 10 voted for it.

Richard Greenwald represents the Pine Ridge District. With 25 years of experience in law enforcement, he has seen the damage that alcohol has inflicted on the reservation and its people. Though he has personal worries about legalization, he said he plans to vote in line with what his district wants.

“I believe the majority of my district will vote for it,” Greenwald said, adding that most of the people in his district favored legalization in 2013. “As far as I’m concerned, there’s money leaving the reservation and people are profiting from the despair of our people.”

Ellen Fills The Pipe represents the Oglala District, which voted overwhelmingly against legalization in 2013. She too plans to vote in line with the wishes of her constituents, and will be participating in a ride protesting alcohol legalization on the reservation tomorrow morning.

“We have a bootlegger in Oglala who delivers, maybe one or two cans at a time,” Fills the Pipe said. “Someone will call him and he will deliver. But he’s never caught. We all know his number, we all know who he is, but even if the police followed him, he’d only have one or two cans. He’s an older man in his 70s. And yet they can’t catch him.”

After attending the Bernie Sanders campaign rally at Pine Ridge School on Thursday, Joe Pulliam sat behind the driver’s wheel of his van, smoking a cigarette and listening to tribal leaders debating alcohol legalization on his car radio. A resident of Pine Ridge, Pulliam is a world famous artist. He voted in favor of legalization in 2013, but now he’s not sure.

“You’ve got the social concerns about how it has affected our people for generations, but at the same time, alcohol is going to be available anyway,” Pulliam said. “So it’s a Catch-22.”

Your Two Cents for July 29

Why isn’t the state testing all new cases of COVID for the Delta variant? This is important data for all of us!

Joe Pulliam, an artist and resident of Pine Ridge, sits in his car listening to a radio debate on an upcoming referendum on legalizing alcohol sales and use on the Pine Ridge Indian Reservation. Pulliam voted in favor of legalization in 2013, but is now unsure.

While sitting outside the tribal government offices on Thursday, Gluoni Hampi, 23, a Pine Ridge resident, talks about how she believes alcohol shouldn't be legalized on the reservation.

Stores that sell beer in the unincorporated community of Whiteclay, Neb., just over the state line from South Dakota's Pine Ridge Indian Reservation, are being forced to reapply for their liquor licenses.