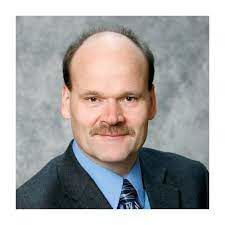 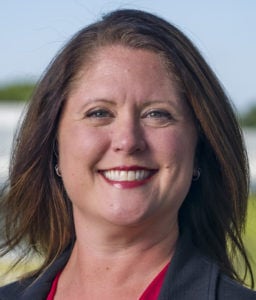 Eliminating the sales tax on groceries could help alleviate some of the financial pressure on lower-income families that already struggle to pay for housing, transportation and other basic needs, the two economics professors said during a June 3 online panel discussion hosted by South Dakota News Watch.

The regressive nature of South Dakota’s sales tax, where all consumers rich or poor pay the same tax rate on goods and services, including food, is in part preventing the state’s lowest earners from reaching financial stability, the professors said.

South Dakota is one of three states that still taxes groceries at the full state sales tax rate, according to the Center on Budget and Policy Priorities. Sixteen other states tax groceries, but at a lower rate than the general sales tax. Sales taxes in South Dakota generate more than $1 billion annually and provide about 60% of the state’s general fund revenues. Individual municipal sales tax rates are added onto the state 4.5% rate.

“If you’re really serious about making life a little easier for lower-income [families], that would be the very first item that I would look at,” said Evert Van der Sluis, an economics professor at South Dakota State University who was part of the June 3 panel.

Taxing groceries increases the probability of low-income household food insecurity, according to a May 2021 article published in the journal Food Policy. The same study estimated that food insecurity rises with each percentage point of sales taxes on food.

Kathryn Birkeland, an economics professor at the University of South Dakota, said she would support taking sales tax off of food and added that the state needs to take a look at its tax structure overall.

“If you want to live in a place that has amenities and services you want, it needs to be a place that collects enough tax revenue to pay for that,” she said during the June 3 panel. “Property taxes are high in South Dakota, and it adds to the housing burden to the cost of buying a house. Changing that tax structure can help for sure.”

Bills to reduce or eliminate sales tax on food have repeatedly failed in the South Dakota Legislature, most recently in the 2021 session.

Senate Bill 104 would have reduced sales tax on certain food in half-percent increments until fully eliminating state sales tax on food in 2025. The bill was unanimously defeated in its first committee hearing after legislators heard testimony from business leaders that eliminating the sales tax would create an unfillable hole in the state economy.

Mark Quasney, a lobbyist for the South Dakota Bureau of Finance and Management, told legislators in January that eliminating sales tax on food would make sales tax revenues less stable and create financial uncertainty for the state.

Cathy Brechtelsbauer, a volunteer for Bread for the World, a Christian-based organization that urges people to get involved in policy making to end hunger, has advocated for getting rid of the tax on food for more than two decades.

Bills to reduce or rid the groceries tax have been brought up nearly every year, she said, but haven’t gained much traction.

“If you have an unlimited budget for food, no problem, but if your budget is limited, then that’s taking food off your table,” she said in an interview. “Food is the wrong thing to tax.”

The News Watch panel was inspired by a recent poll that showed that about half of South Dakotans who responded feel they are less financially stable than their parents and that many feel pessimistic about the future for the state.

The economists said there are numerous contributing factors to that pessimism, including that South Dakota employers pay some of the lowest wages in the nation and that many workers are not seeing their pay cover the rising cost of living in the state. The state is also seeing a sharp spike in the cost of housing and health care.

Video of the June 3 panel is available on the South Dakota News Watch Facebook page and on YouTube.