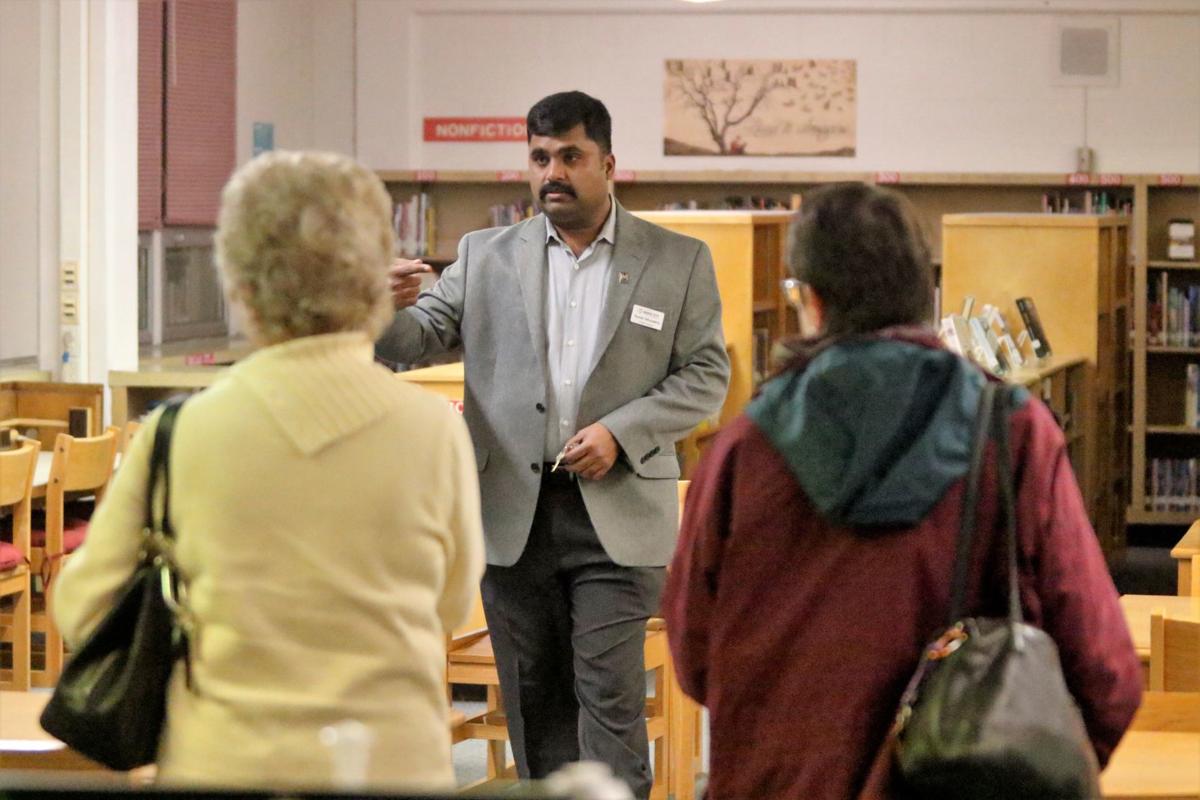 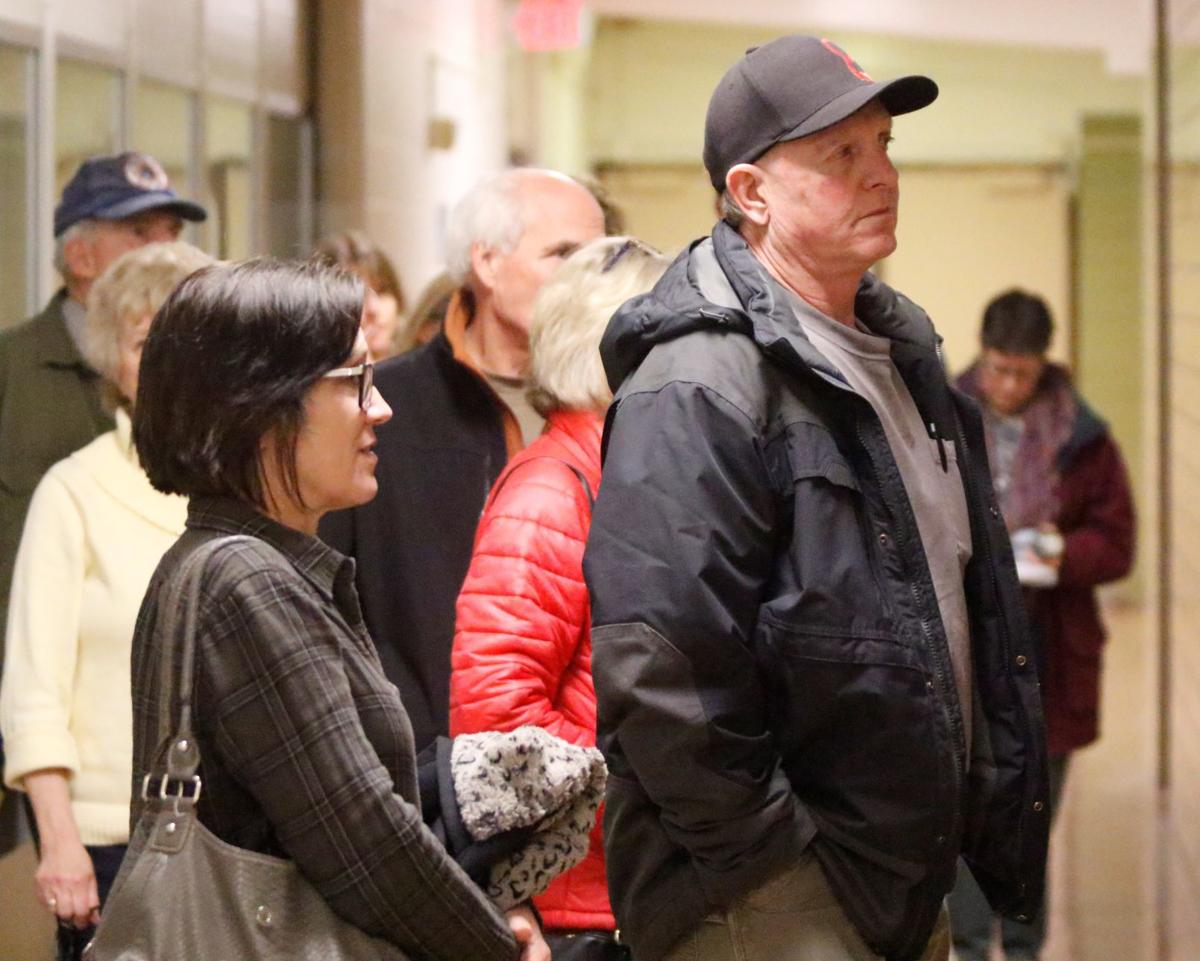 A group of citizens tour South Middle School on Jan. 28 in Rapid City. 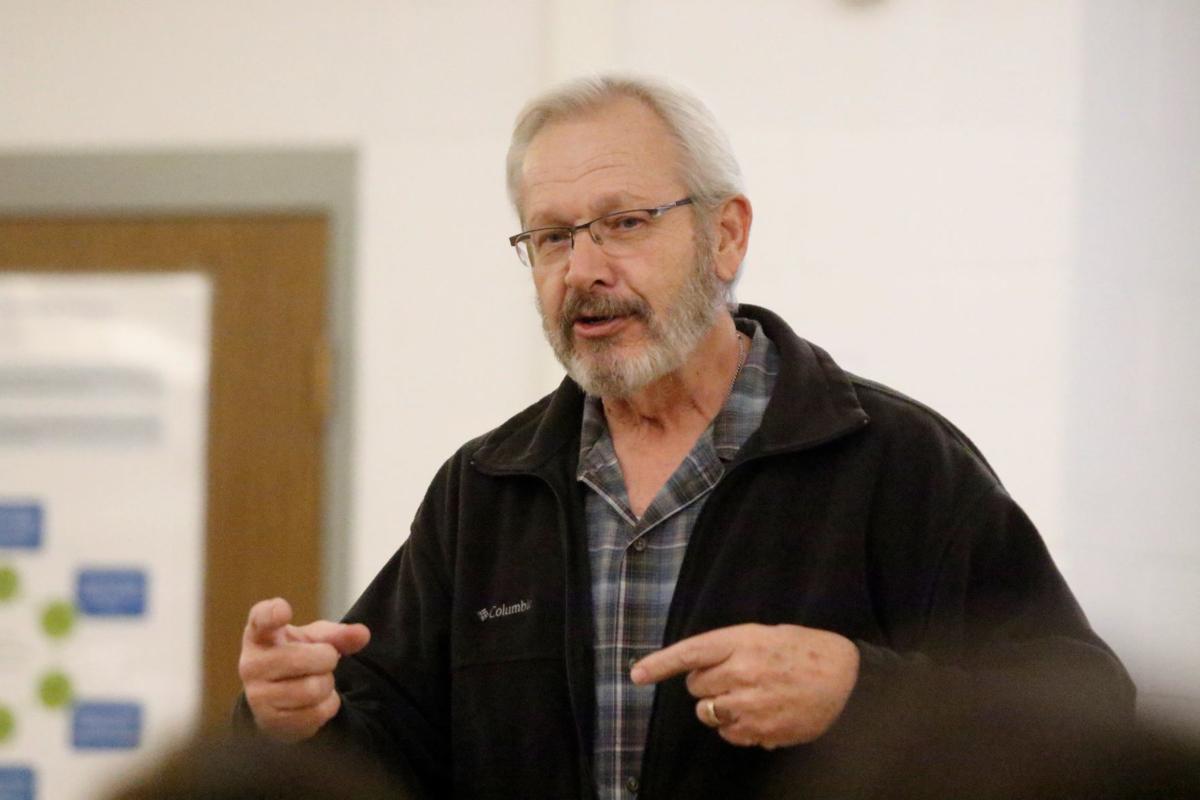 Mike Roesler, president of the Rapid City Area Schools Board of Education, speaks during a presentation at South Middle School on Jan. 28 in Rapid City.

Uneven flooring, a collapsing foundation, multiple flights of stairs in the hallways and sweltering temperatures during hot days are just some of the issues facing South Middle School in Rapid City.

Built in 1959, South, like other schools its age, is afflicted by a combination of accessibility and infrastructure issues. A 2016 facilities study by a task force rated South Middle School as the worst in the Rapid City Area School District in terms of building condition and technological capability.

South Middle School would be rebuilt on another area of the campus and the current building would be demolished if voters within the Rapid City Area School District's boundaries approve a $189.5 million bond issue on Feb. 25. The price tag for South's portion is estimated to be $44.2 million.

During a tour and presentation on Jan. 28, the school district's facility manager, Kumar Veluswamy pointed out some of the issues within South Middle School.

In one science classroom, Veluswamy cautioned tour-goers about the uneven floors. One can physically feel the effect that foundational settling has had on the school by simply walking through it. The floor is visibly warped in numerous classrooms and hallways.

"These science lab tables have their legs adjusted because of the uneven floors," Veluswamy said. "Sometimes, pieces of paper and other things have to be placed under the legs to make sure the tables are level. Can you imagine the safety risk of doing science experiments on these uneven tables?"

Additional signs of the foundation's settling can be seen in the school's central courtyard, where water pools during heavy rainfall. The soil the school stands on is of poor quality, but Veluswamy said it could be rebuilt atop piles driven deep into the ground that would ensure its stability.

South's water and sewer lines are embedded in its concrete foundation, making them expensive to repair. Light fixtures are similarly embedded in the ceiling structures and would likely be difficult to replace without exposing underlying asbestos.

“The contractors will not touch it if there is asbestos, because it could get airborne,” Veluswamy said.

Another issue facing the students at South are the flights of stairs in long hallways. In one, there are four flights of stairs that descend the length of the hallway. That, Veluswamy said, poses a significant hurdle for students with disabilities.

"There is a wheelchair lift here, but it broke last year. We have been able to repair it, but the parts were no longer manufactured," he said. "When the lift broke down, students who use wheelchairs were forced to travel outside of the building, regardless of the weather."

On the subject of weather, South Middle School is one of eight schools in the school district that is not fully air conditioned. When the temperatures outside climb in the late spring, summer and early fall, the heat inside is sweltering.

In September 2019, teachers at South Middle School resorted to turning off the lights, cracking open windows and bringing in fans, simply to keep the classrooms from heating up any more.

A photographer who does some work for the Rapid City Journal won first place at a national photography competition last month.

BARSTOW, Calif. | A man who said he wanted to fly to the edge of outer space to see if the world is round and the subject of a documentary by …

A group of citizens tour South Middle School on Jan. 28 in Rapid City.

Mike Roesler, president of the Rapid City Area Schools Board of Education, speaks during a presentation at South Middle School on Jan. 28 in Rapid City.