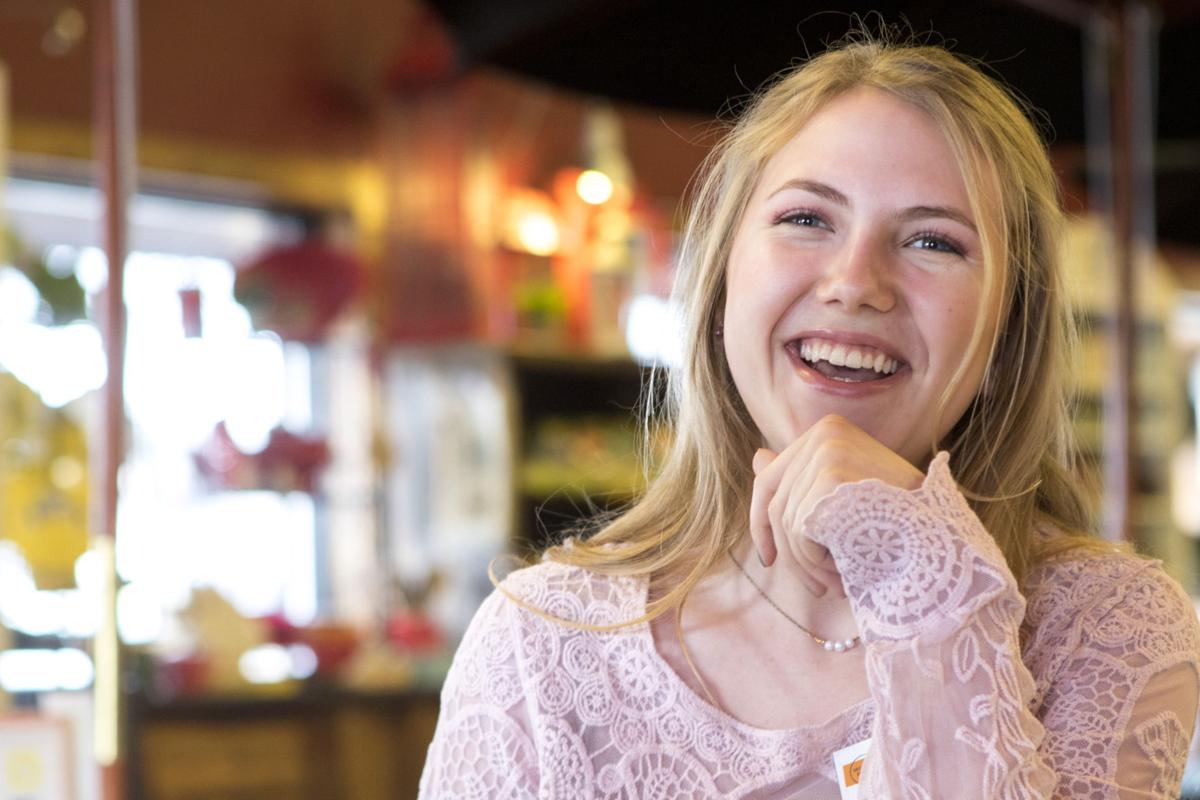 Faith Burnett testifies in 2016 for House Bill 1198, which called for recognition and special instruction of dyslexic students in South Dakota public schools. 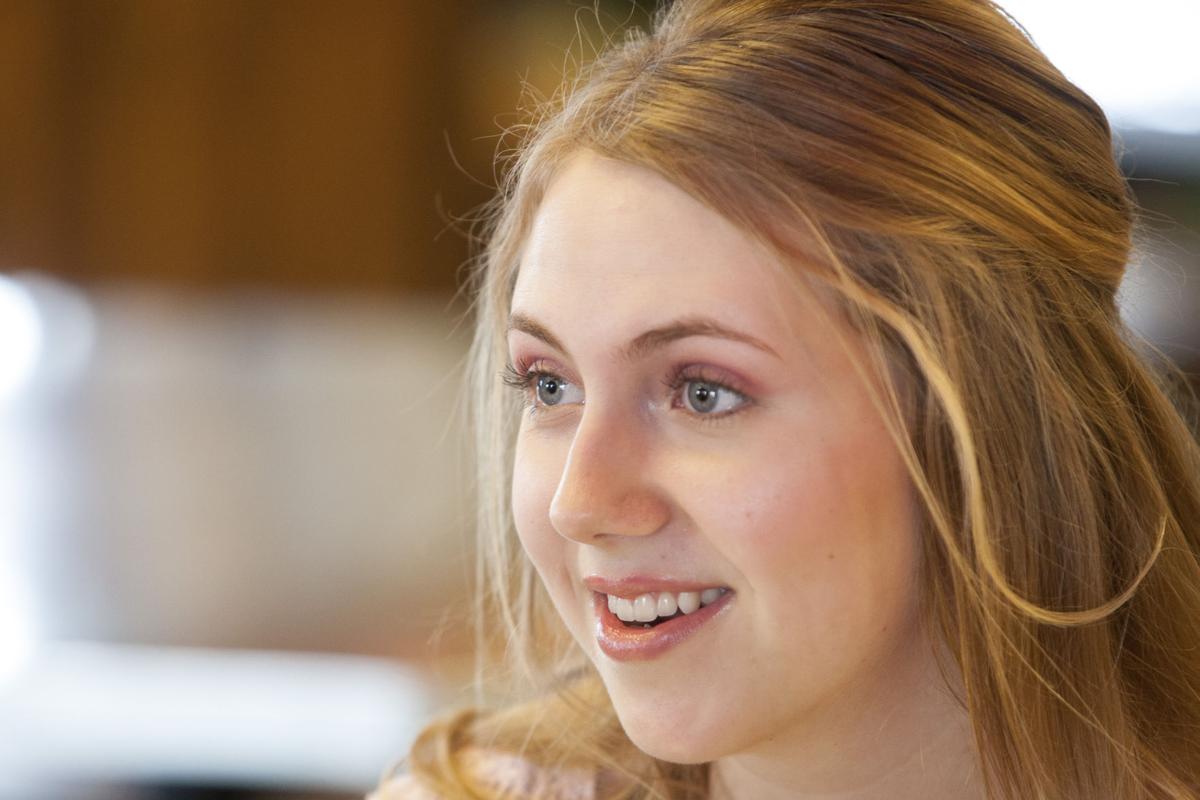 As part of her platform as Rapid City's Miss Outstanding Teen 2017, Faith Burnett, who is dyslexic, is promoting testing for the learning disability.

When Faith Burnett was in kindergarten, she had difficulty in school, and her family couldn't figure out why.

"I had trouble reading, and the teacher noticed I couldn't rhyme or sing my ABCs," said Burnett, now 16. "I knew I wasn't stupid — I could understand the lessons — but something was holding me back."

It wasn't until eighth grade that Burnett was diagnosed with dyslexia, a learning disability characterized by difficulty in identifying speech sounds and how they relate to letters of the alphabet, which affects the ability to read fluently. Burnett found out only after her mother, Shawna, did her own digging into the subject.

"We had never heard much about it," Burnett said. "There's no testing in the area, so we had to go to Sioux Falls for testing after we looked into it."

Burnett now believes in the power of diagnosis, and she's using her current status as Miss Rapid City's Outstanding Teen for 2017 as a way to spread knowledge about dyslexia and make testing possible for families in South Dakota.

Miss America's Outstanding Teen is the sister company to the Miss America organization, allowing teenagers ages 13-17 to compete in talent, evening gown and interview competitions for scholarships. The program highlights "four points of the crown," which include service, scholarship, style and success.

Burnett is fairly new to the program, having competed in only three pageants since 2015, when she won her first as Miss Oahe. She won again in January, this time in Miss Rapid City Outstanding Teen. She will compete at the Miss South Dakota Outstanding Teen pageant in April.

"I was surprised both times I won, especially at Oahe," Burnett said. "I didn't fully know what I was getting into."

But Burnett said she felt she would enjoy the system after speaking to some of the contestants in one of the pageants.

"I talked to the girls and learned it was more about intelligence than beauty," Burnett said. "It looked fun, and I would get a chance to sing."

Burnett is a soprano with a specialty in classical arias and will also compete at the National Association of Teachers of Singing competition in March. She won the high school division last year and will compete in the freshman college division this year, three years ahead of her current status as a sophomore in high school.

Burnett said she hopes to sing professionally for five years before opening her own studio as a music teacher for children.

But the most enticing aspect of the Miss America Outstanding Teen program, beyond a chance to hone her performance skills, was a chance to make a difference.

"What really appealed to me was that everyone had a platform they advocated for," Burnett said.

Burnett saw something valuable in the "service" point of the crown — a chance to speak about the importance of dyslexia awareness and testing.

As a part of the Miss America Outstanding Teen system (where her dyslexia-focused platform is titled "Dream Your Destiny"), and as a student ambassador of the parent-led grass-roots organization Decoding Dyslexia South Dakota, Burnett engages with the community on social media and in public.

"Mainly what I do is work in schools, and I don't just talk about dyslexia," Burnett said. "I sing, I talk about making life goals, and I talk about famous people with dyslexia who have succeeded. I also talk to business groups."

Burnett is home schooled in Spearfish but says that the key to helping public school students with dyslexia is educating teachers on the subject.

"My kindergarten teacher knew that I needed more time, but she wasn't educated as to what dyslexia was," Burnett said. "Teachers want to help as much as they can, but most of them don't know what to look for. It's important to make sure they know."

Burnett has extensive notes pointing out how parents and teachers can assist children if dyslexia is suspected, from preschool (difficulty rhyming or saying ABCs) to elementary school (poor spelling, difficulty telling time with a standard clock, reversing numbers and letters, confusing left and right or up and down), and high school (difference between verbal skills and written expression, poor grades in spite of strong effort).

Burnett added, however, that teachers should be taught during their college training in how to work with dyslexic students, not simply diagnose them.

"It's not just a matter of showing them a quick video," Burnett said. "Really show them the handbook. Education has to happen in colleges."

Furthermore, Burnett advocates for programs that would be helpful for students, such as dictation software, audiobooks and allowing more time for test taking.

Burnett has taken her advocacy to the state, testifying last year for House Bill 1198, which calls for recognition and special instruction of dyslexic students in the state's public schools.

The outcome of the 2016 legislative session was the forming of a Dyslexia Stakeholders Group composed of stakeholders concerned about students with dyslexia, K-12 educators, post-secondary representatives and Department of Education representatives. The group has a proposed five-year state plan to support struggling readers and students with dyslexia.

In order to help students in the meantime, Burnett has started the Dream Your Destiny #Dyslexia Evaluation Scholarship Fund. The fund, set up with the Scottish Rite Foundation of South Dakota, is a nonprofit organization that allows tax deductible donations that will pay half the cost of the $300 fee for testing.

"That's expensive for a lot of parents," Burnett said. "We pay for half the cost and hope to eventually be able to pay for all of it."

The fund has a $10,000 goal and has raised $2,300 thus far. Burnett said that testing would aid children considerably.

"Being diagnosed helped me understand myself," Burnett said. "It gave me direction for how to help myself, and it helped with my self-esteem."

That she can get an extra self-esteem boost in the Outstanding Teen program is a bonus.

"This is a great empowerment program," Burnett said. "It's a sisterhood program: I've made friends across the state, and I see confidence in all of them."

Faith Burnett testifies in 2016 for House Bill 1198, which called for recognition and special instruction of dyslexic students in South Dakota public schools.

As part of her platform as Rapid City's Miss Outstanding Teen 2017, Faith Burnett, who is dyslexic, is promoting testing for the learning disability.