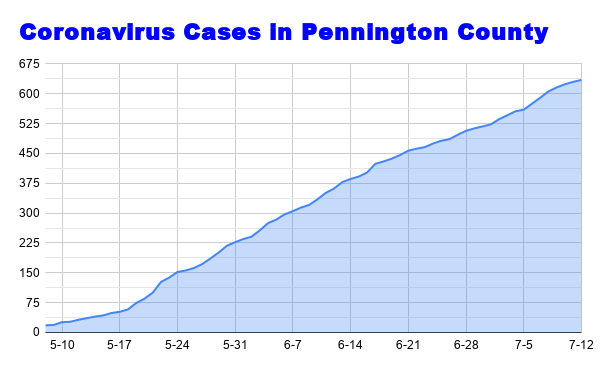 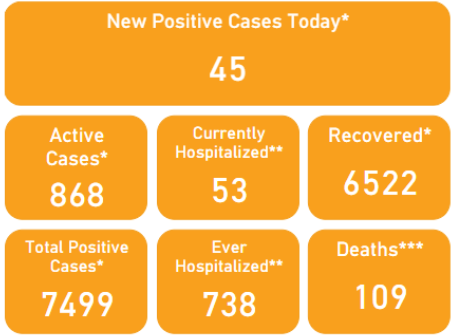 With 1,002 tests for Sunday morning's report, the South Dakota Department of Health reported 45 new cases of coronavirus. The number of active cases in the state decreased by seven to 868.

Two statistics were promising. No new deaths were reported and the number of people hospitalized with COVID-19 illness dropped by 12 to 53. Twenty of those patients are in the Monument Health system.

The total number of positive tests in South Dakota now stands at 7,499.

Pennington County received 75 tests back Saturday for Sunday's report. The county reported five new cases for a total of 635 with 140 active cases - down six from Saturday.

The South Dakota Department of Health reported the first death from Davison County on Wednesday. A man in his 70s became the 137th state resid…

COVID-19 another concern as Monument Health prepares for rally

The 80th annual Sturgis Motorcycle Rally is bringing hundreds of thousands of visitors to the Black Hills, making it perhaps the largest event…