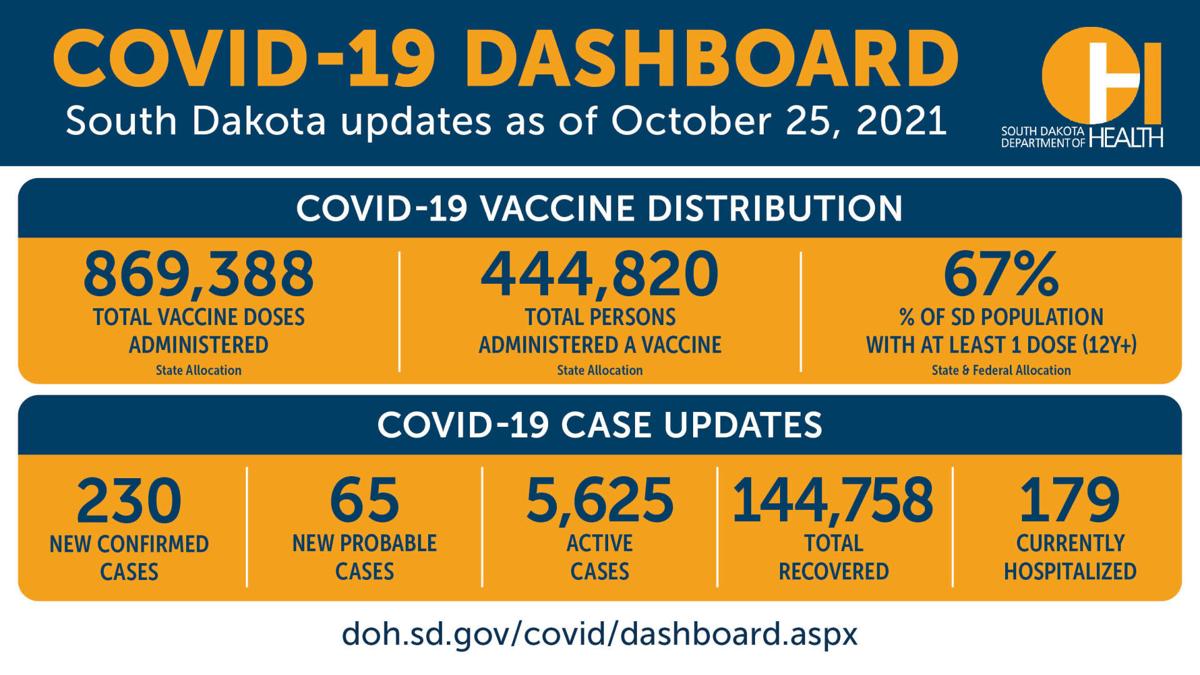 The number of people hospitalized for COVID-19 illnesses in South Dakota dropped significantly, according to data released by the Department of Health on Monday. The data, collected Thursday at noon through Friday at noon, showed a decrease of 24 patients.

Two deaths were reported Monday. That brought October's total above September's. There have been 78 deaths in October and there were 76 in September. There were only 53 deaths in June, July and August combined. The deaths reported Monday were both men in their 60s. One was from Beadle County and the other from Hughes County.

Clay, Dewey, Grant, Lake, Turner and Walworth counties each recorded three positive tests. Fall River County was among eight counties with two new infections each, and 19 counties reported one each.

Active COVID-19 cases in South Dakota continue to increase, according to Friday's daily report from the Department of Health. There are 45 mor…