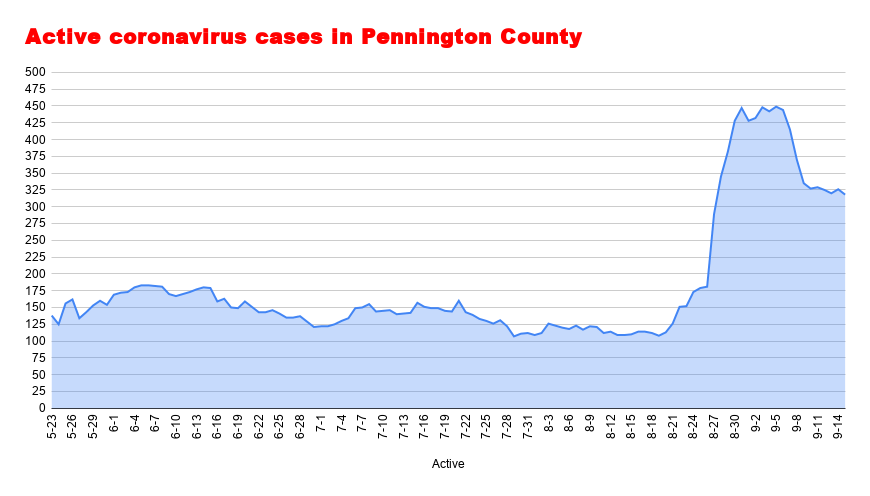 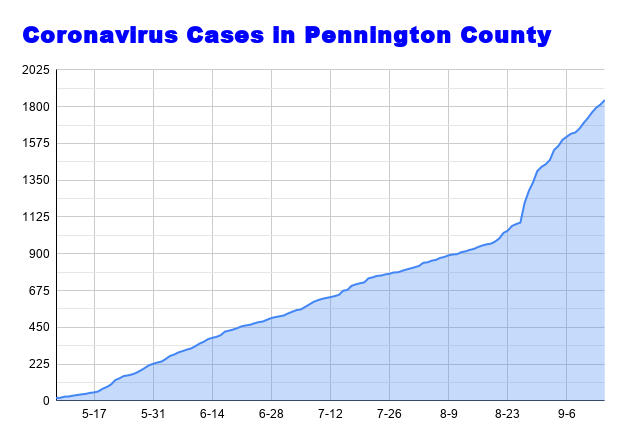 South Dakota COVID-19 indicators are moving in different directions, according to the daily report by the Department of Health.

The number of active cases in the state continues to drop. After reaching a high of more than 3,000, there are 2,386 active cases Tuesday — down 133 from Monday.

For Tuesday's report, fewer than 1,000 tests were returned. There were 195 new cases in the state on only 959 tests — a 20.3% positive rate. Pennington County added 27 new positives and only five negative tests in Tuesday's report. Meade County reported 13 positives on 26 tests.

Oglala-Lakota County added one new infection and Lawrence, Butte, Custer and Fall River counties all reported no new infections on 30 total tests for those four counties.

The Department of Health's daily report saw new cases, active cases, hospitalizations and deaths all increase by larger than normal amounts on…

The Department of Health reported 395 new cases of COVID-19 on Thursday, including 35 in Pennington County.

South Dakota surpassed 3,000 active COVID-19 cases Thursday while becoming the state with the highest per capita surge in the nation, accordin…