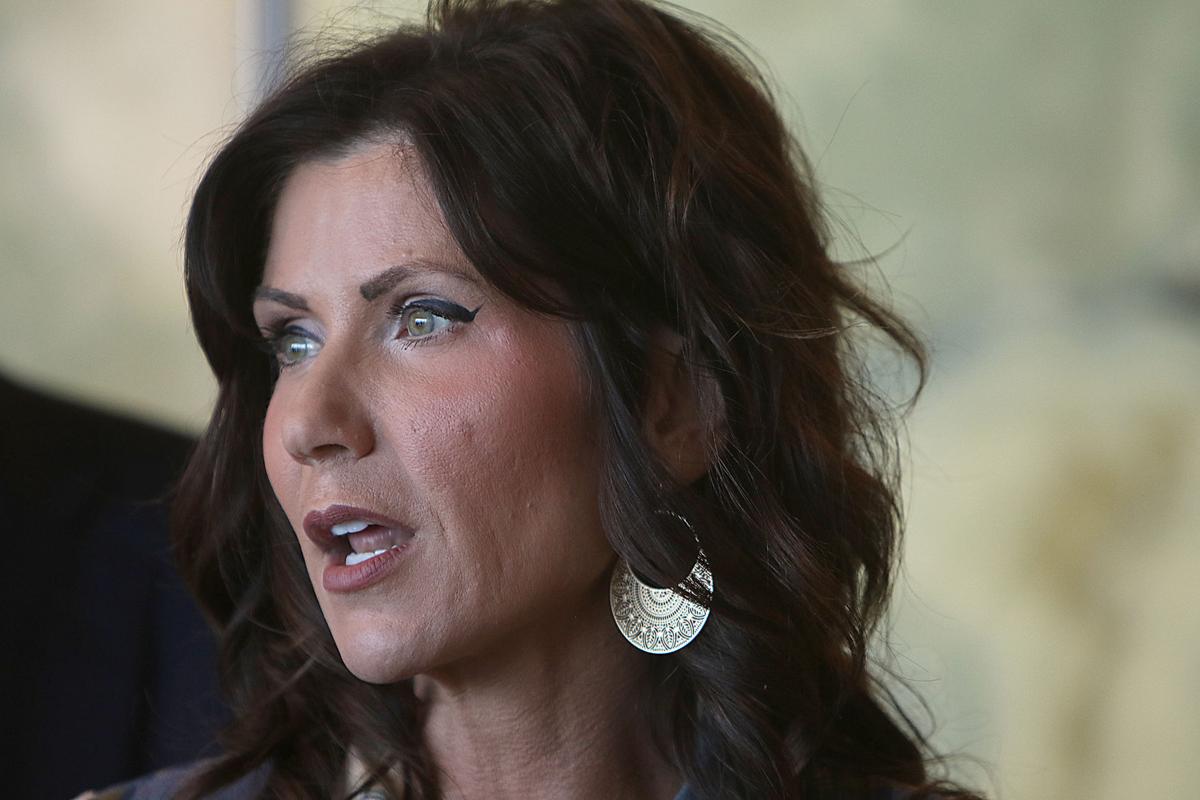 Her comments come one week after more than 50 organizations and individuals, including Smithfield workers, asked to meet with her to discuss conditions at the plant in Sioux Falls.

Noem said she worked with the human resources staff at Smithfield to set up the phone calls.

“We’ve lined up a call that will facilitate interpreters so that we can have questions and answers and get them all the information they may be wanting,” Noem said at her daily coronavirus press briefing.

The plant resumed operations Thursday “after receiving positive confirmation from the CDC and USDA that the company is in full compliance with all CDC and OSHA guidance,” Smithfield Foods said in a news release, noting it will take a phased approach to reopening.

“Identifying more positives is a good thing. It’s a good thing because we’re identifying them before the plant gets up and running,” Noem said of recent mass testing of Smithfield workers. “We’re protecting these folks, keeping them isolated and healthy.”

Mass testing of Smithfield employees was implemented at a Sioux Falls high school parking lot on Monday morning, where employees and families could drive through to have samples taken for testing.

Officials wouldn’t release positive testing data for employees following the mass testing event but said 3,200 samples had been taken from Smithfield employees and their family members since Monday.

When asked about specific data from the mass testing event, officials pointed to 101 new COVID-19 cases in Minnehaha County as reported by the Department of Health, but didn’t say how many were related to Smithfield employees or family members.

Thursday was the last day the mass testing site was open, but Kim Malsam-Rysdon, state health secretary, said there will be a new testing site beginning Friday, which will be conducted by Avera at 2100 South Marion Road in Sioux Falls.

Derrick Haskins, communications director for the Department of Health, explained in an email to the Journal on Thursday that there are two trials for hydroxychloroquine: one is a registry trial for COVID-19 patients, and the other is a clinical trial for those exposed to COVID-19.

All of the 270 registry trial participants so far are Sanford patients in South Dakota and other states with Sanford hospitals. Haskins said the registry trial is open to individuals being treated by any health care provider in the state.

Secondary to the registry trial is the state’s clinical trial, which does not yet have any participants.

Malsam-Rysdon said the clinical trial is going through the review process now and the department met with Sanford on Thursday to discuss the trial.

“We expect to have more information about it starting next week,” Malsam-Rysdon said.

The clinical trial would be for those exposed to COVID-19, including hospital workers, high-risk people, and those 60 and older.

The clinical trial will be randomized, so those who are exposed but not yet COVID-19 positive will either receive a placebo or hydroxychloroquine to see if the drug prevents them from contracting the coronavirus.

Haskins said the state has enough hydroxychloroquine to treat up to 100,000 people in either the registry or clinical arm of the study.

“The safety profile of the drug is continuing to be reviewed but with appropriate measures in place,” Malsam-Rysdon said, noting both the clinical and registry trials will likely go forward.

The Food and Drug Administration has cautioned against the use of hydroxychloroquine outside of hospital trials and warned about serious heart problems related to the drug’s use.

“Hydroxychloroquine and chloroquine have not been shown to be safe and effective for treating or preventing COVID-19,” the FDA states on its website. “They are being studied in clinical trials for COVID-19, and we authorized their temporary use during the pandemic for treatment of the virus in hospitalized patients when clinical trials are not available.”

The FDA’s authorization of their temporary use came through an Emergency Use Authorization, and the drug was supplied to the state from the Strategic National Stockpile.

Haskins also clarified in the email that COVID-19 patients can still be prescribed hydroxychloroquine if they, in conjunction with their doctor or health care provider, decide on the treatment.

Noem said the reason she doesn’t know whether a special legislative session is necessary is because the state receives “continued guidance” from the U.S. Department of the Treasury that details how they can utilize the $1.25 billion the state received from Congress in the stimulus bill.

“As they give us more guidance on how those dollars can be spent, we’re learning that we’re getting a little bit more flexibility in how we can utilize the funds. We’re finding we may be able to use some funds and replenish them with federal dollars later on,” Noem said.

Noem said none of the $1.25 billion had been spent yet, as the state waits on more guidance.

“They seem pretty firm in making sure that they don’t want to bail out states for previous over-budgeting or overspending practices,” she said. “We have asked for flexibility to be accountable on dates that could show the virus has impacted the state of South Dakota and prove revenue shortfalls based on prior performance, and they are very open to having that conversation.”

May 3 to 9 is National Travel and Tourism Week. Noem noted Wednesday that tourism looks a little different this year as the COVID-19 pandemic goes on.

Noem said Wednesday that this is usually the time of year when the state prepares visitor centers.

She also said Wednesday that the tourism industry needs support from the state and encouraged South Dakotans to welcome visitors from outside of the state in the future.

“When people are ready to travel after the virus spread slows down, South Dakota welcomes visitors,” Noem said Thursday. “We’ll be ready to ramp back up and be prepared to have people come here, bring their families and enjoy our outdoor spaces.”

When asked if she wears a mask, Noem said Thursday that she does have masks but that she hasn’t been at public events with a large number of people where it’s been necessary to wear one.