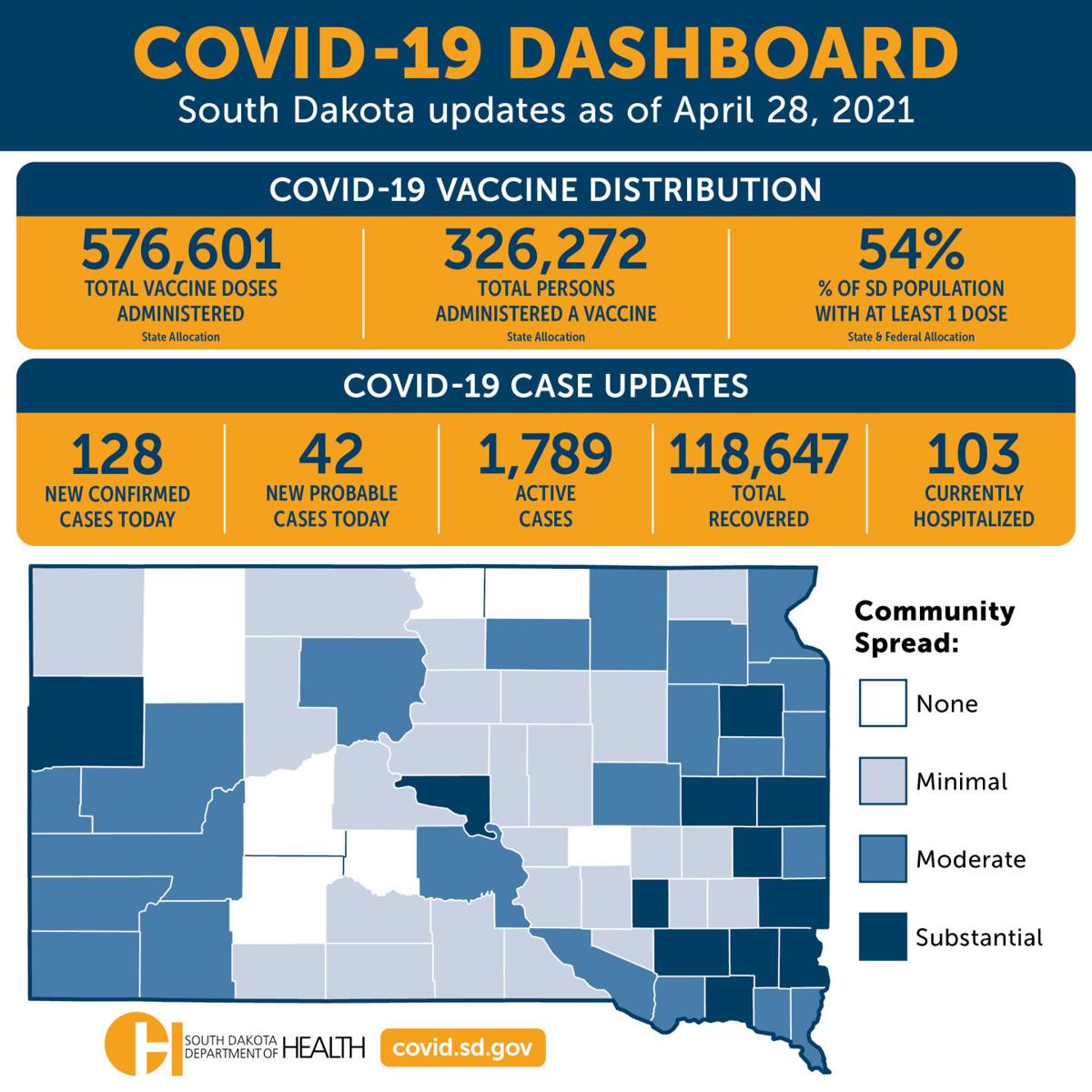 A Minnehaha County woman in her 60s became the 25th COVID-19 death in April, according to the daily report of the South Dakota Department of Health.

With 170 new infections reported Wednesday, the number of active cases in the state increased to 1,789 — an increase of 24 from Tuesday. Forty-eight of the 170 new cases were in children under 19 and 36 more were patients in their 20s. Only 10 people over 70 tested positive.

In the report that would have been delivered Friday if not for the unplanned Juneteenth holiday observance, the South Dakota Department of Hea…

Even with three days of reporting from the long weekend, the South Dakota Department of Health reported only 36 new infections on Tuesday and …

A woman in her 70s from Lincoln County became the 2,020th person in South Dakota to die from COVID-19. The death was the sixth in June.