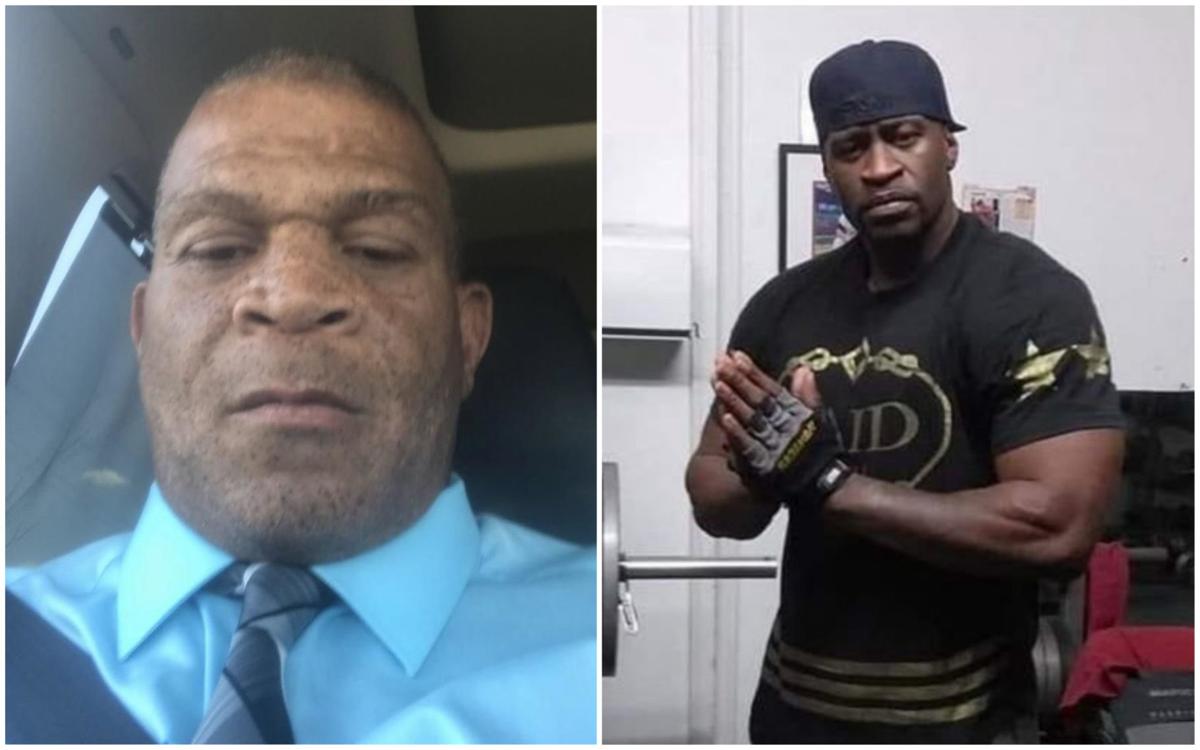 Selwyn Jones (left) of Gettysburg, South Dakota is the uncle to George Floyd, who died Monday in Minneapolis after an officer kneeled on his neck for several minutes. 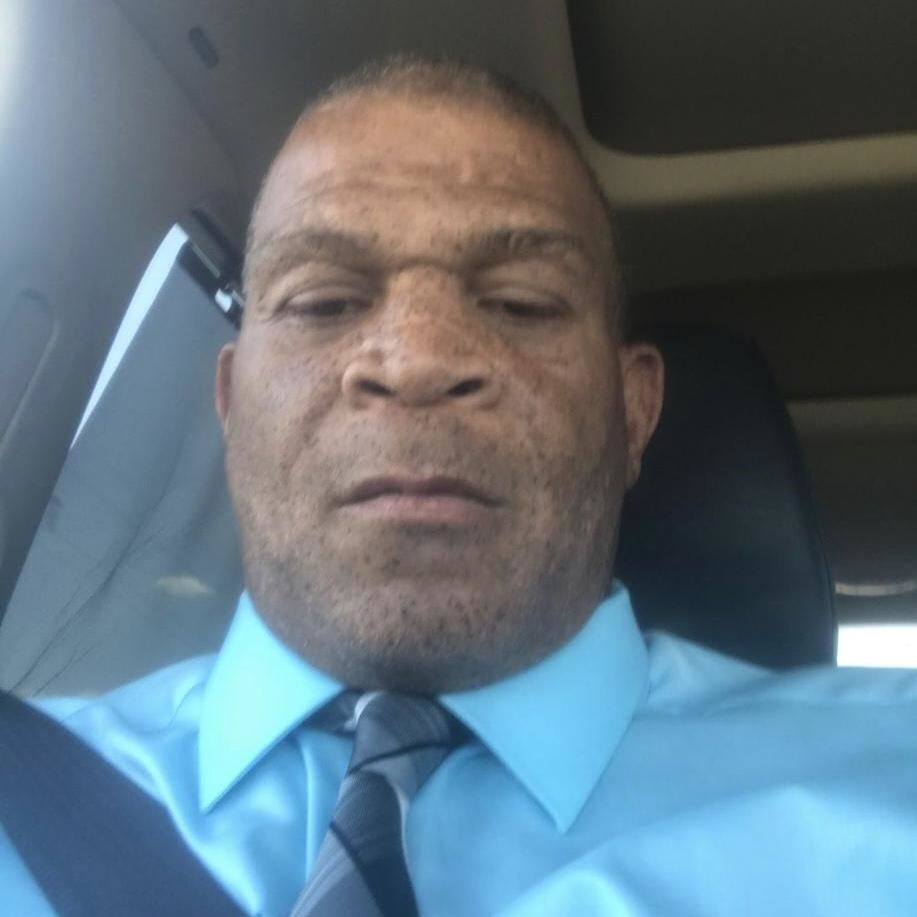 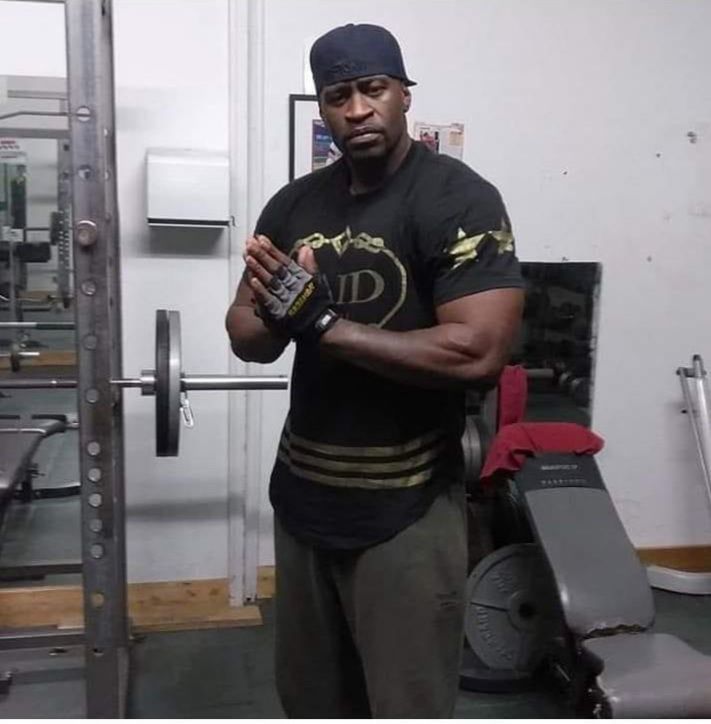 Selwyn Jones’ nephew, George Floyd, died in police custody Monday in Minneapolis after an officer kneeled on his neck for several minutes while Floyd laid handcuffed on the street.

A bystander video shows that Floyd yelled out multiple times that he couldn’t breathe, and the footage sparked national protest, including a demonstration set in Rapid City which Jones plans to attend this weekend.

The four officers involved in the case have been fired as the incident remains under investigation by the FBI and state law enforcement.

“It’s pretty bad when you wake up and see (that) video in the news,” said Jones, a 54-year-old man from Gettysburg, South Dakota. “I’m thinking, 'Wow, not again.' Then my wife looks at me and says, 'You know who that is?'”

As he continued to watch the video, Jones realized his nephew was the man under the officer’s knee crying for help.

“The thing that disturbs me the most is hearing him call for my sister,” Jones said. “He starts calling for my sister and (his) mama because he probably knew that he was going to go away.”

‘He was always smiling’

Jones said he wants people to remember his nephew Floyd as a kind, gentle man who loved basketball and bodybuilding.

“He always had a smile on his face,” Jones said. “He was always smiling and laughing.”

Floyd, 46, had three children, Jones said, one of whom was a 6-year-old daughter still living in Houston with her mother. He moved from Houston to Minneapolis in 2014 to get “a change of direction in life to grow,” Jones said.

Floyd was a star football player in high school, earning the nickname “gentle giant” for his 6’7 stature and his love for bodybuilding. Floyd also earned a basketball scholarship to a community college in Florida and went on to play on a club team known as To God Be The Glory Sports.

Floyd worked five years as a bouncer at Conga Latin Bistro in Minneapolis and lost his job during Minnesota’s stay-home order. He also drove trucks and briefly worked security at a Salvation Army store in downtown Minneapolis.

Jones lived in Rapid City for 20 years before moving to Gettysburg three years ago where he owns a motel. He said he was very close with Floyd and visited him in Minneapolis very often.

Jones’s birthday was May 22, and he remembers Floyd texted him to wish him a happy birthday, the last communication they shared together.

“George would have given the shirt off of his back” for anyone, Jones said.

Jones said it was hard to watch the officer in the video continue to roll his knee on Floyd’s throat.

“That’s absolutely horrifying to see someone that’s loved get put into that situation,” Jones said. The video has millions of views, and that’s “millions of people who have seen my nephew get murdered in the streets of Minneapolis, for what reason?”

Before moving to South Dakota, Jones grew up in a small town in North Carolina where he said he was used to seeing racism.

“We’ve never seen a video of his caliber from start to finish,” Jones said. “He went unconscious because somebody felt some kind of power and control” over Floyd, Jones said.

Jones said he is grateful for Darnella Frazier, the 17-year-old who posted the video because without her, “none of this would have ever been known.” He said she just happened to be at a nearby bus stop and stayed close to Floyd filming the incident.

News reports say that the officer who kept his knee on Floyd’s neck was Derek Chauvin, one of four officers at the scene.

Jones pointed to news reports that state Chauvin has had a history of use-of-force incidents over his career, including involvement as one of five officers placed on leave after they shot and wounded an indigenous man in 2011.

“Doesn’t it disgust you to see someone put their knee around another human being’s neck, put their hand in their pocket and pose for the camera while he’s murdering somebody in broad daylight for everyone in the world to see?” Jones said.

Mayor Jacob Frey called for Chauvin to be charged Wednesday, making no mention of the other three officers on-scene. The Hennepin County Attorney’s Office would handle any prosecution of the police on state criminal charges.

“Maybe something will come from this that people stand up and see that this just isn’t right,” Jones said. “To watch my baby nephew suffer like an animal until they put him out of his misery … he didn’t deserve to die in the middle of the street like trash.”

Jones said if he hears Chauvin is arrested, “I will be at every hearing, every trial, because I’m going to see this one through. I am going to be there when they’re sentenced so I can look them in the eye.”

If they do receive jail time, the amount of time they receive “is going to absolutely mean nothing to me, his kids, his nephews, his nieces, his sisters, his brother, because we don’t get to see him and his big smile anymore.”

Jones said many people who are heartfelt about the issue who are rioting in Minneapolis and across the country about Floyd’s death are “taking advantage of a bad situation to express anger.”

Jones said he plans to attend a walk in memory of his nephew in Rapid City this weekend, which he said should remain peaceful. The demonstration in Rapid City was first planned by a group of organizers including Shaylene Cordero, Bec Thompson and Jodi Prue, who reached out to him recently to ask if he would join.

“She’s an angel,” Jones said of Prue “We need more people like this in the world.”

The walk is set for 3 p.m. Saturday in Memorial Park. Jones said he also hopes to schedule a walk in Sioux Falls.

Jones said funeral arrangements for Floyd are not yet finalized, but it will likely be closer to family in Houston, Texas.

“I don’t know if this will ever change,” Jones said. But as stories of Floyd’s life gain more attention and more demonstrations take place, “I think we have an opportunity to get our word out a little bit farther than ever before.”

Selwyn Jones (left) of Gettysburg, South Dakota is the uncle to George Floyd, who died Monday in Minneapolis after an officer kneeled on his neck for several minutes.