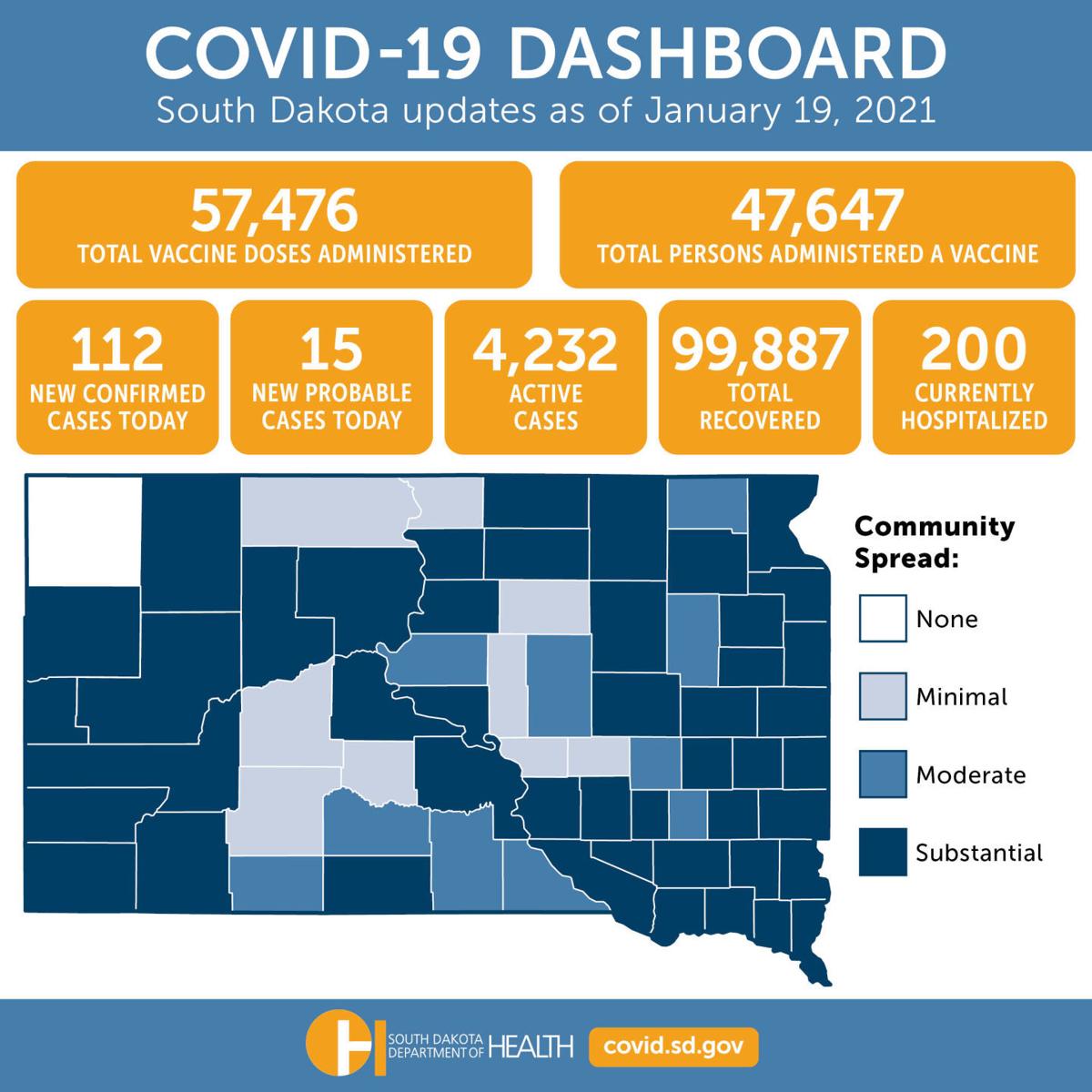 There were no new deaths reported and active COVID-19 infections dropped by 381 to 4,232. The number of people being treated in hospitals across the state fell by three to 200. There are 35 people in intensive care units and 27 people on ventilators. Black Hills region hospitals are treating 38 COVID-19 patients with five in ICUs and five on ventilators.

Nine children under 19 were part of the 127 new positive tests Tuesday along with 18 people in their 20s. Thirty-five people over 70 tested positive Tuesday.

Pennington County recorded 11 new infections on 41 people tested bringing the county's total to 12,068 with 507 of those still considered active. Lawrence County reported three new cases, Custer County added two, Meade and Fall River counties each had one and no new cases were reported in Oglala-Lakota and Butte counties.

The South Dakota Department of Health reported 147 new COVID-19 cases and six deaths due to the disease. The number of active cases fell below…

State reports six COVID-19 deaths, including one in Pennington County

A Pennington County resident was listed among six COVID-19 deaths reported by the South Dakota Department of Health Friday. That brings the to…

Three COVID-19 deaths were reported by the South Dakota Department of Health Thursday. That makes the death toll 69 in February and 1,847 overall.

The South Dakota Department of Health reported only 30 new COVID-19 infections on Monday's daily report. For the first time in many months, Mi…

For the third consecutive day, the South Dakota Department of Health reported no COVID-19 deaths in the state.

Monument Health will roll out a new COVID-19 vaccine scheduler to help patients find a time to get their first or second dose, or to place the…

Active cases and hospitalizations climbed on Tuesday's report from the South Dakota Department of Health.

A Haakon County woman in her 60s was the 1,864th person to die from COVID-19 in South Dakota. Her death was the first reported this week.