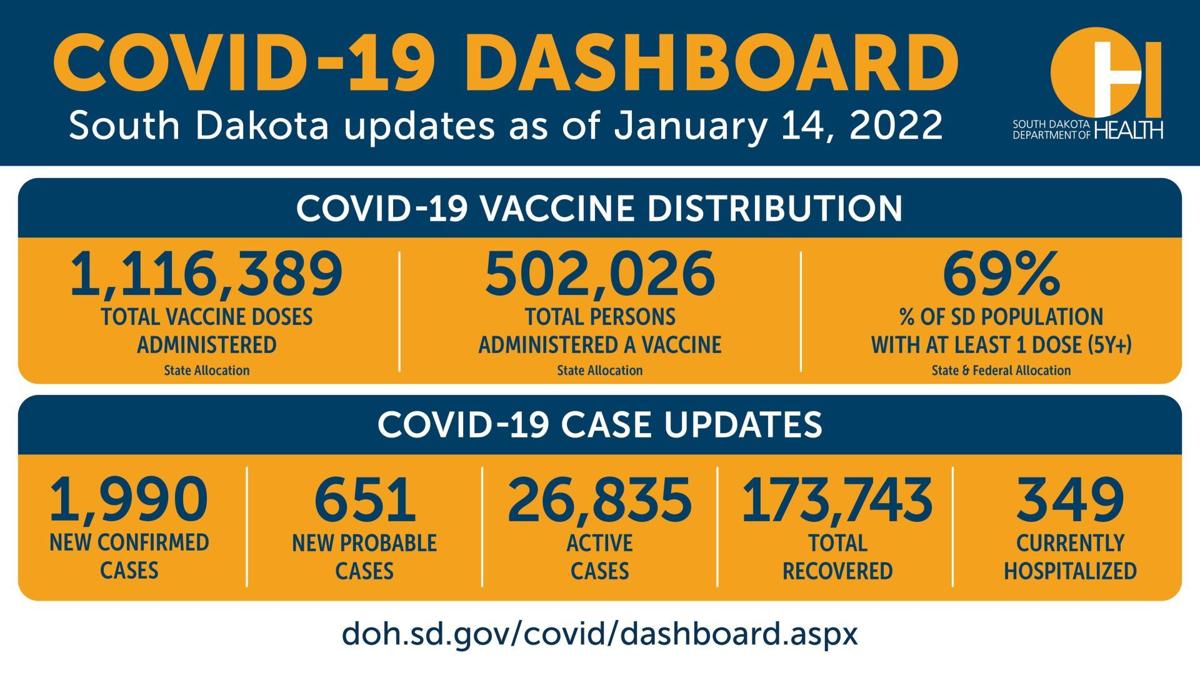 The Department of Health reported 2,641 new COVID-19 infections and 15 additional deaths Friday. That brought the total number of deaths in January to 73 and the overall death toll to 2,559.

Active cases continued to explode, reaching record levels at 26,835 -- an increase of 2,092 from Thursday's report. Hospitalizations also continue to increase in South Dakota with 349 patients across the state with 69 in intensive care units. The Black Hills region has 64 patients being treated for COVID-19 illness with 10 in ICU. That is an increase of 22 patients in a week.

The outbreak in the Rapid City Area Schools also expanded to record levels as almost 300 students had an active COVID-19 infection according to Thursday's RCAS update. There are 297 students out with COVID-19 and 78 staff members.

In addition to the active infections, there are 412 students and 14 staff members required to quarantine. Several schools were forced to adjust to lower student and staff totals, and four schools went to distance learning before the Martin Luther King Jr. Day holiday weekend.

The deaths reported Friday included seven women and eight men. There were two deaths in Pennington, Fall River and Minnehaha counties. Buffalo, Butte, Dewey, Jackson, Mellette, Spink, Stanley, Todd and Yankton counties each reported one death. One person who died was in their 40s, one in their 50s, six in their 60s and seven were over 70.

Active COVID-19 cases could have peaked in South Dakota but for the current surge in cases. Even with 2,829 new infections reported from Frida…

Active COVID-19 cases in South Dakota continue to grow, according to a report from the Department of Health including data from Thursday at no…

Active COVID-19 infections continue to slowly decrease away from record highs. With 1,358 new infections reported by the Department of Health …