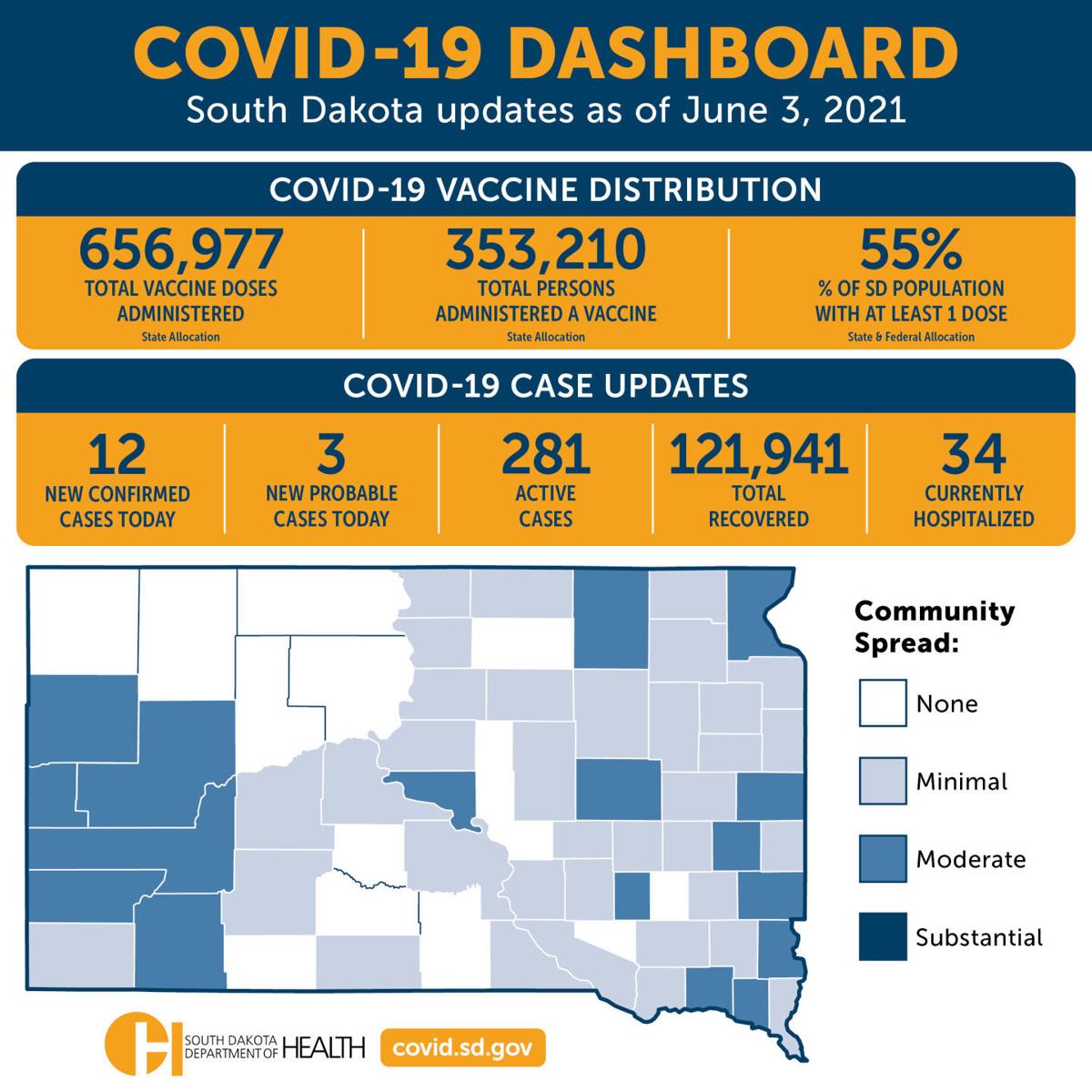 A woman in her 70s from Lincoln County became the 2,020th person in South Dakota to die from COVID-19. The death was the sixth in June.

Other pandemic trends continued on a positive path. With only 15 new infections in the state Thursday, active cases dropped by 19 more to 281.

Hospitalizations dropped by seven to 34 with 11 in ICU and four on ventilators. In the Black Hills region, only nine patients are in hospitals with four in ICU and one on a ventilator.

Brown and Minnehaha counties each had two positive tests and there was one in Codington, Corson, Haakon, Jones, Lincoln, Moody, Sully and Yankton counties.