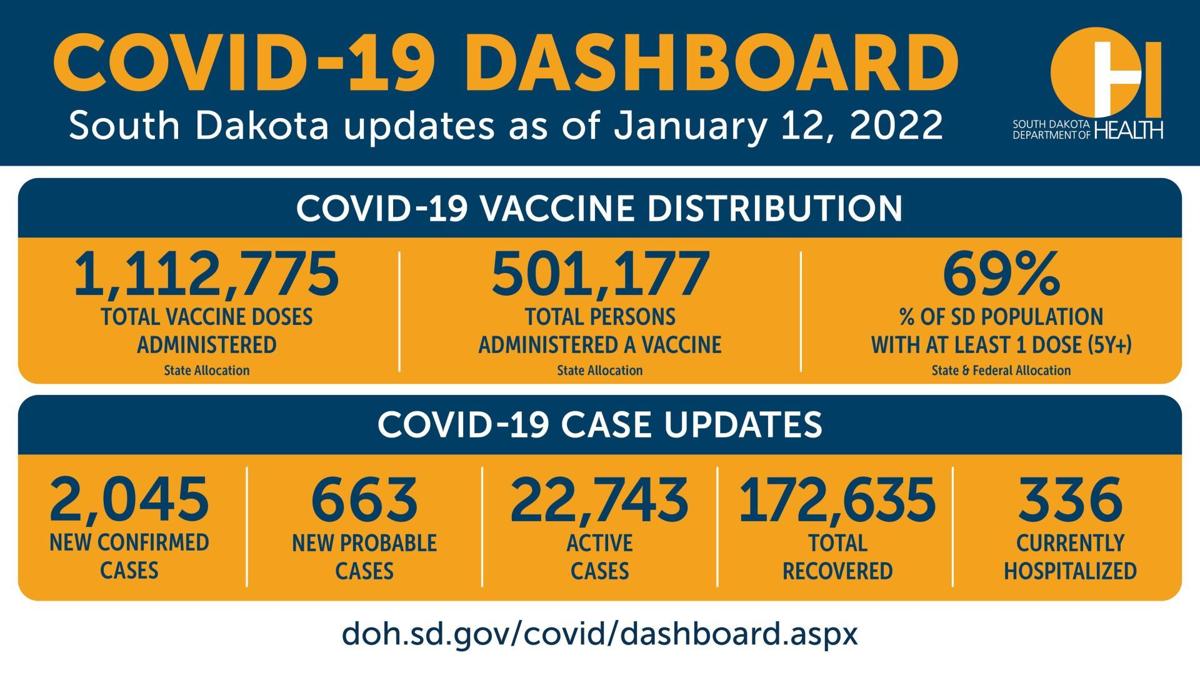 Active COVID-19 infections in South Dakota continue to increase rapidly as the Department of Health reported 2,708 new cases Wednesday with 22,743 active infections — an increase of more than 10% from Tuesday's report. The state also reported six new deaths, including a child under 10. This was the first person under 20 to die of COVID-19 illness in the state.

The state reported six additional deaths Wednesday, bringing January's total to 48 and the overall death toll to 2,534. Deaths were reported in Pennington, Custer, Minnehaha, Hughes, Lake and Stanley counties. There were three men and three women who died and the deaths included one child under 10-years-old, one person in their 40s, three in their 60s and one person who was over 80.

Meade County has 554 active infections after reporting 72 new cases Wednesday and Lawrence County cases increased to 499 with 60 positive tests. Oglala-Lakota County reported 43 new infections and there were 24 in Butte County. There were 23 new cases in both Custer and Fall River counties.

Brule County reported 14 positive tests and Aurora and Gregory counties each added 13. There were 11 new infections in Deuel and Spink counties and 10 in Jackson County.

The Department of Health reported 2,641 new COVID-19 infections and 15 additional deaths Friday. That brought the total number of deaths in Ja…

The third major spike in COVID-19 cases in South Dakota is already the largest, and there are no signs of it slowing down.

Every county in South Dakota is now experiencing a high rate of community spread of COVID-19, according to Monday's report from the Department…