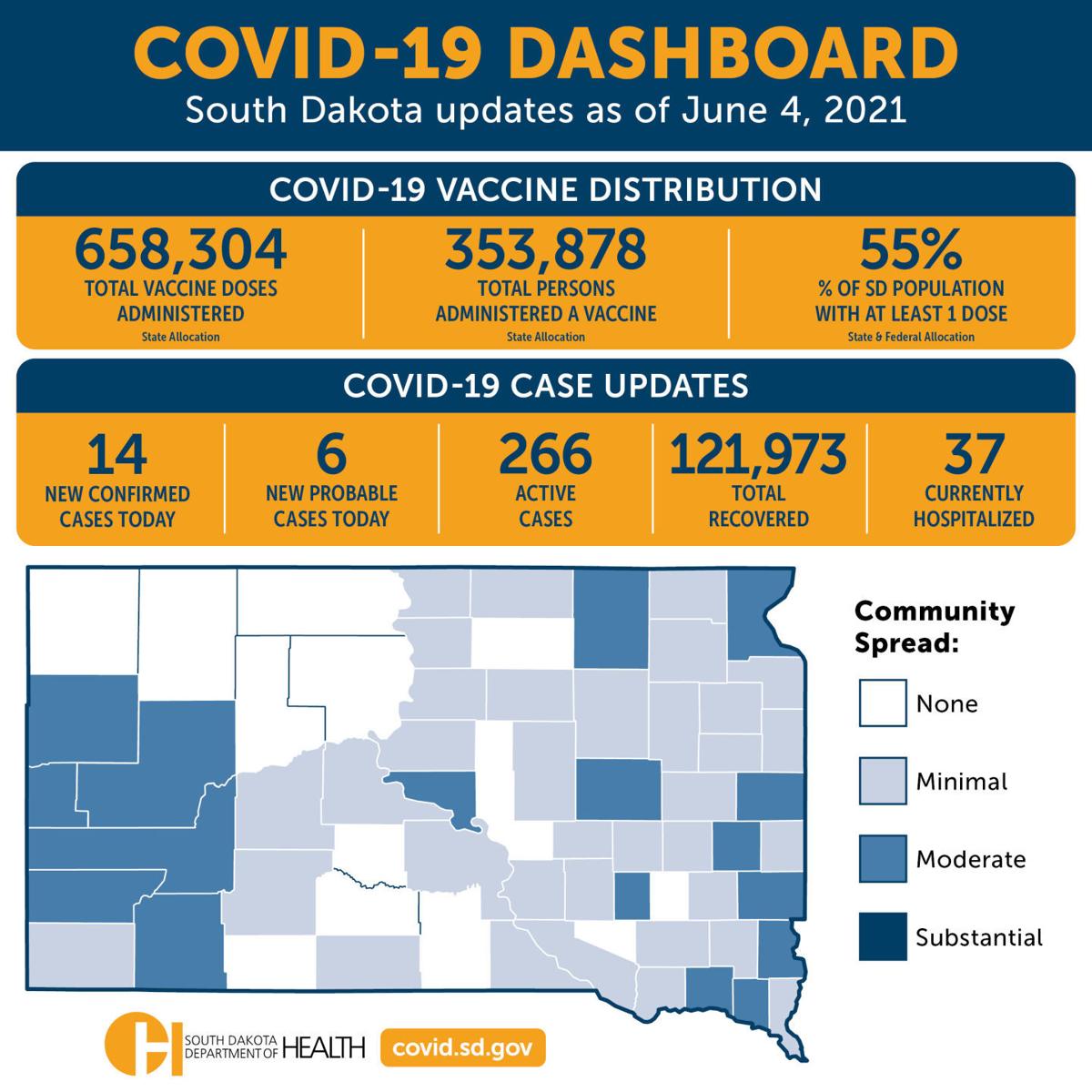 The deaths of two women brought the total number of COVID-19 deaths in South Dakota to 2,022. There have been eight in June.

There were 20 new infections reported Friday. Active cases in the state decreased by 15 to 266. The number of people hospitalized in the state grew by three to 37 with 10 people in intensive care units and four on ventilators. Black Hills region hospitals are treating 10 people with three in ICU and none on a ventilator.

No one over 70 tested positive Friday. There were six new cases in children under 19 and three in patients in their 20s.

Minnehaha and Lincoln counties each reported four positive tests and there was one each in Yankton, Roberts, Todd, Spink and McCook counties.