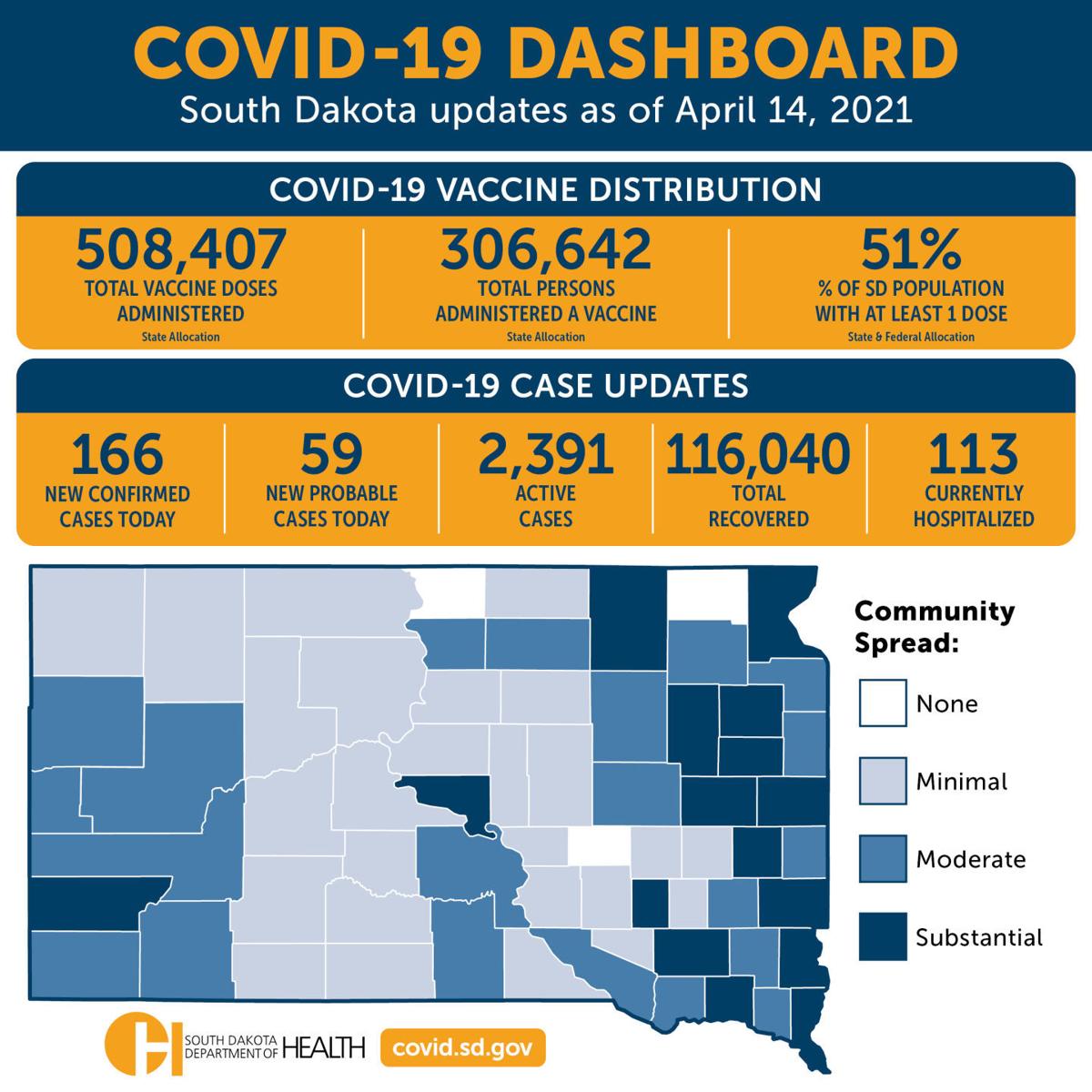 The state reported 225 new infections Wednesday with 2,391 of those still considered active — down 48 from Tuesday. The number of people hospitalized for COVID-19 illnesses grew by seven to 113 with 27 in intensive care units and 11 on ventilators. In the Black Hills region, one of the seven patients being treated in hospitals is in the ICU.

No new deaths left the April total at 11, putting the state on a trajectory for its lowest death toll from the pandemic in more than six months.

Forty-five of the 225 new cases were in children under 19 with 42 more in people in their 20s. Only four people over 70 tested positive for Wednesday's report.

Pennington County reported 20 new infections with 162 active cases. Meade County added eight positive tests and there were three in Fall River County. Two new infections were recorded in Lawrence County and one each in Oglala-Lakota, Butte and Custer counties.

Wednesday's report from the South Dakota Department of Health delivered some good news in the trends for current infections, but seven deaths …

A Pennington County woman who was older than 80 died from COVID-19, according to Monday's report from the South Dakota Department of Health. T…

The South Dakota Department of Health reported the death of a man and a woman in their 70s from Minnehaha County as part of Friday's daily report.

Tuesday's report from the South Dakota Department of Health included some good news for the state in the fight against the COVID-19 pandemic.

Number of active COVID-19 cases continues to decline in state

The COVID-19 pandemic continues to lose its grip on South Dakota, according to Thursday's report from the Department of Health.

A Minnehaha County man in his 40s was the tenth person to die from COVID-19 in May, bringing the state's total to 1,977, according to Thursday…

For the third straight day, the South Dakota Department of Health has reported the death of three state residents due to COVID-19. That brings…

Tuesday's daily report from the South Dakota Department of Health showed a reversal of fortunes for two Black Hills counties.