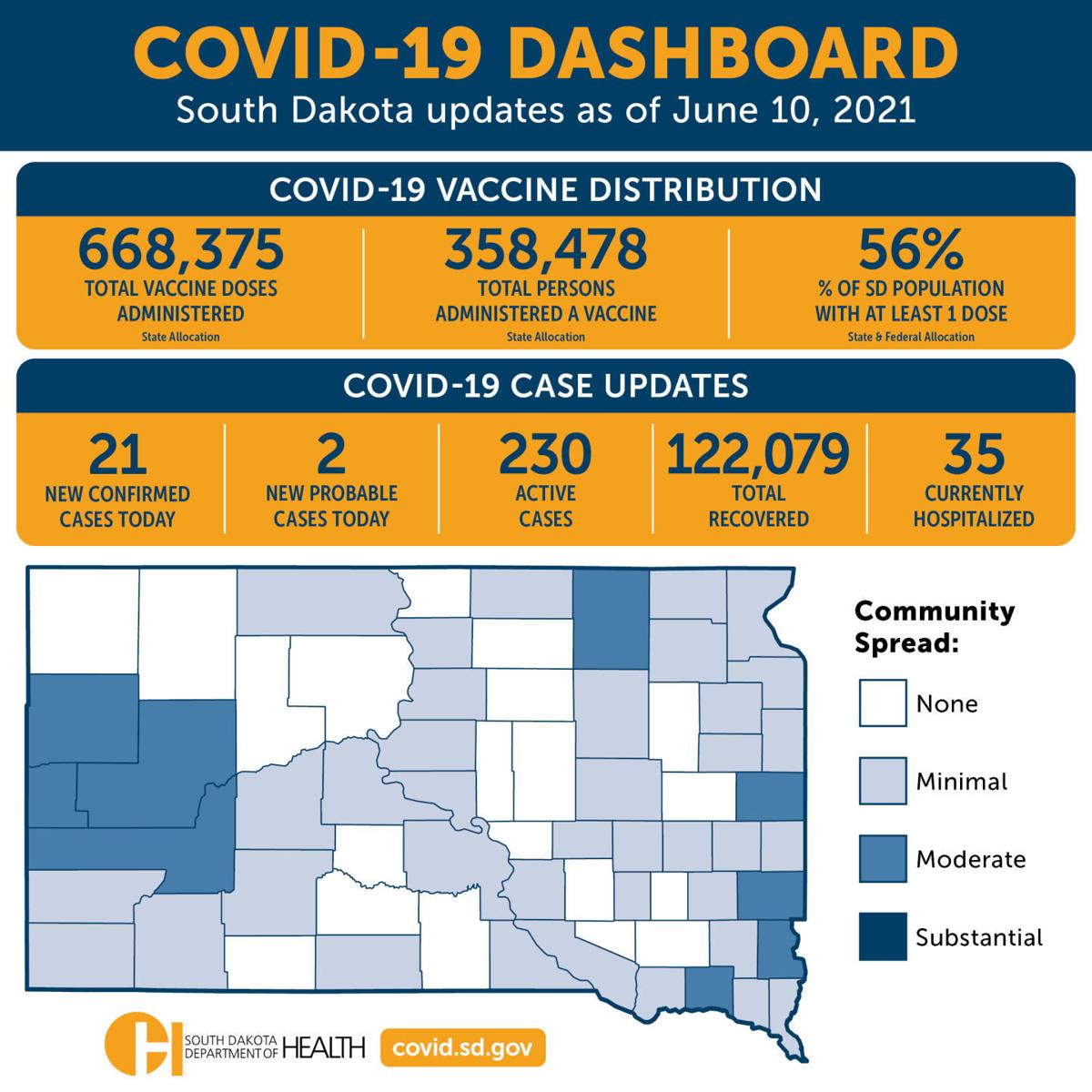 Thursday's report from the South Dakota Department of Health included 23 new infections and three COVID-19 deaths. That brings June's total to 12 deaths and the overall death toll of the pandemic in the state to 2,026.

The deaths included one woman and two men, all over age 70. The deaths were reported in Codington, Custer and Lawrence counties.

The 23 new cases caused a slight increase in the number of active cases in the state for the first time since April 12. Active cases increased by nine to 230.

All six COVID-19 deaths reported in South Dakota Thursday were men and three of them were from the Black Hills. There have been 1,133 men and …

Active cases in South Dakota dropped for the first time since July 1 on Tuesday, but the news about the COVID-19 pandemic wasn't all good as h…

Veterinarians give it their best shots at Buffalo Roundup

Amid the cracks of whips, hollers of park rangers, and clanging of bison in chutes, four veterinarians calmly vaccinate calves.

Tents are being pitched and buffalo have been moved to Hay Flats. The 56th annual Buffalo Roundup is just around the corner on Friday.