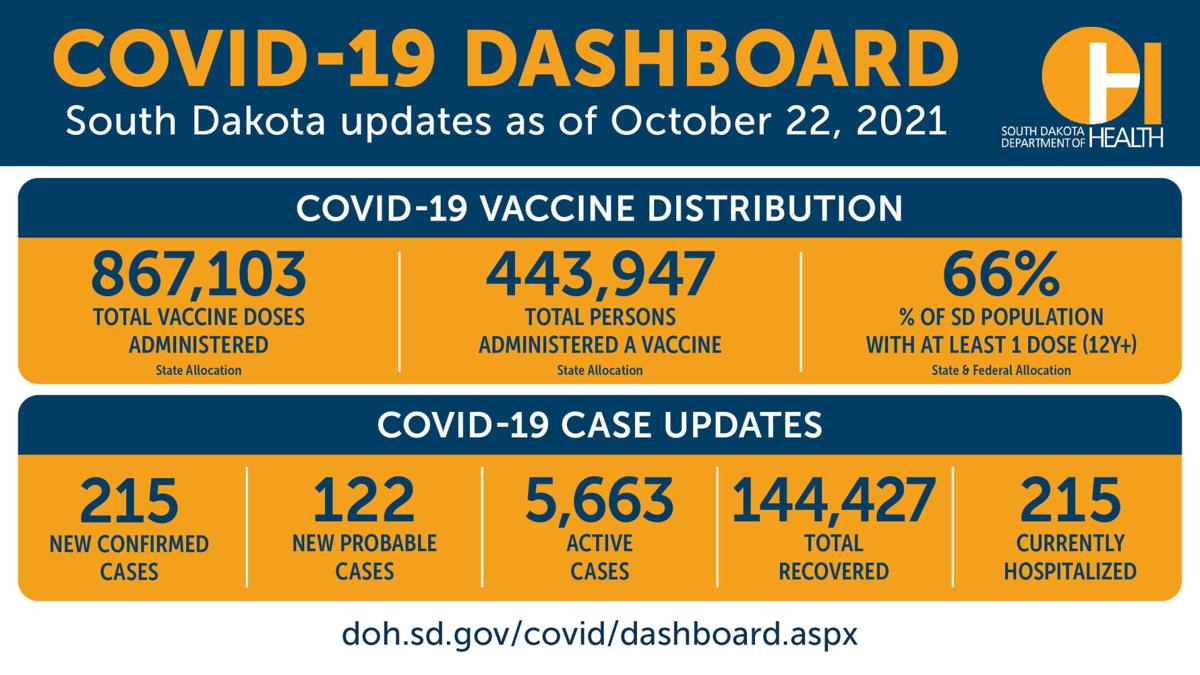 Active COVID-19 cases are rising slightly in Pennington County, but they continue to drop across the state. Pennington County reported 76 new cases Friday and active cases increased by three to 1,183. Minnehaha County reported 55 new infections but active cases there have dropped to 1,056. Overall, the South Dakota Department of Health reported 337 new cases with 5,663 considered active.

Four deaths were reported Friday, including one in Pennington County. Other counties reporting deaths included Minnehaha, Perkins and Union. There were three women and one man and two were in their 60s and two were over 80.

Western Dakota Regional Water System is on the State Water Plan for 2022, although no funding is guaranteed.

Active COVID-19 cases in South Dakota continue to increase, according to Friday's daily report from the Department of Health. There are 45 mor…

Biden says he caught a cold from his young grandson

Biden says he caught a cold from his young grandson