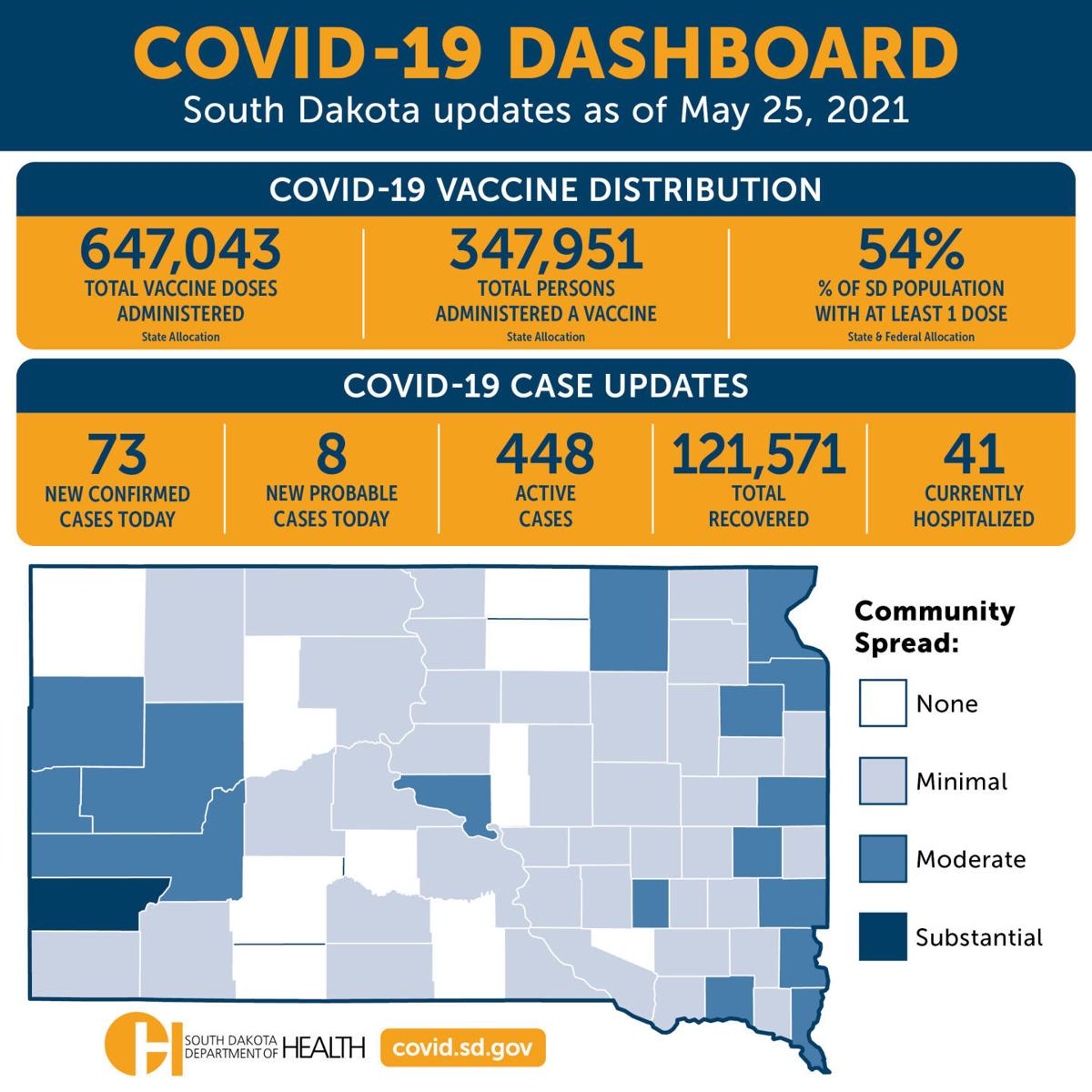 Hospitalizations also dropped sharply. A decrease of 15 patients left 41 South Dakota residents being treated for COVID-19 illnesses in the state's hospitals. Eighteen are in ICU and five are on ventilators. In the Black Hills region, only six patients are in hospitals with one in ICU and two on ventilators.

No deaths were reported Tuesday. Fifteen of the 81 new cases were in children under 19 and there were 14 new infections among patients in their 20s. Only six people over 70 tested positive.

Pennington County recorded 11 positive tests but active cases continued to fall. There are now 62 active infections in the county. Lawrence County added five new cases and there were two each in Meade and Butte counties. Custer County added one new infection.