State reports another 793 COVID-19 cases, including 55 in Pennington County, 26 in Butte County
Share this
{{featured_button_text}}
1 of 2 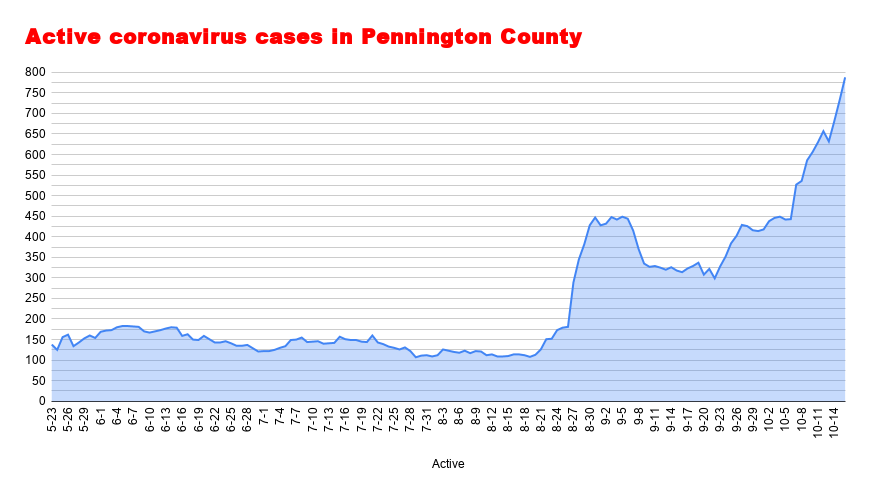 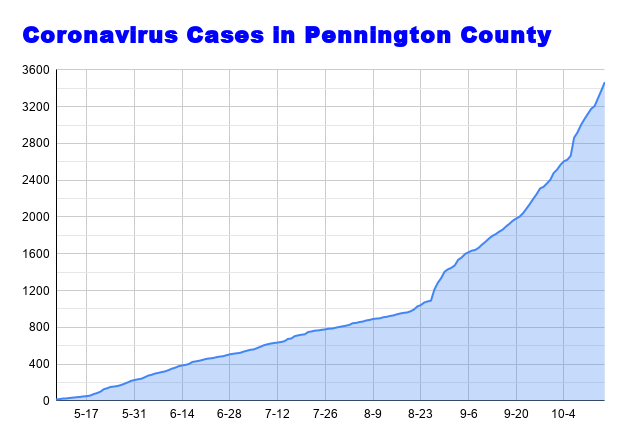 The deaths bring the total in the state to 307 and 84 in October. All three deaths were in people over 80 — one man and two women from Minnehaha, Douglas and Edmunds counties.

The 793 new cases on 2,751 people tested brings the state's total number of positive tests to 31,805 with 7,312 of those infections still active — a record level and up 180 from Thursday's report. There are 299 people being treated in hospitals across the state. That is down five from Thursday's report. There are 62 being treated in hospitals in the Black Hills region. Six are in intensive care units and three are on ventilators.

Pennington County saw active infections grow to 788 — up 55 from Thursday. There were 90 positive tests out of 363 returned. Oglala-Lakota County reported 30 new infections and Butte County had 26 of 39 tests come back positive.

"I don't have any specific information for you regarding the cases reported today as disease investigations are ongoing," said Derrick Haskins, State Department of Health spokesperson. "It is important to note that Butte County is experiencing substantial community spread and that individuals should take appropriate precautions."

In one of the worst days for South Dakota since the coronavirus pandemic began, the Department of Health reported 14 deaths, 973 new cases, ac…

Number of active COVID-19 cases in state has doubled in two weeks to 11,061

The number of active COVID-19 cases and hospitalizations in South Dakota continues to increase, according to the daily report from the Departm…

In one of the worst days for South Dakota since the coronavirus pandemic began, the Department of Health reported 14 deaths, 973 new cases, ac…