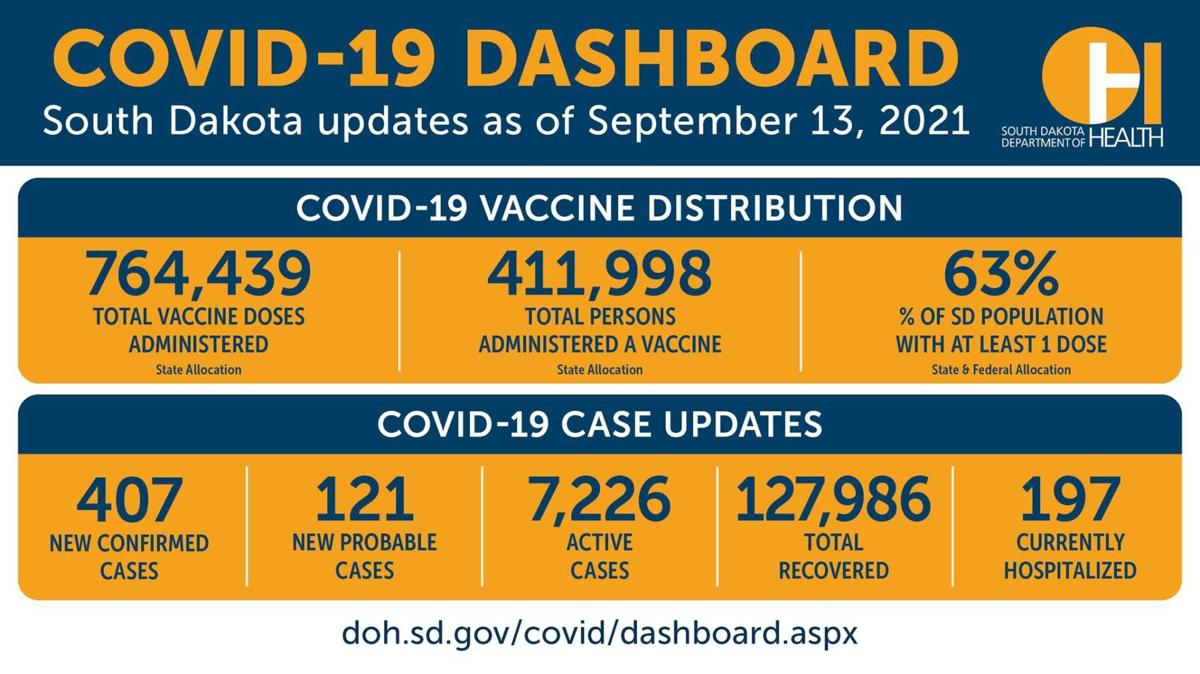 All four COVID-19 deaths the South Dakota Department of Health reported Monday were from the Black Hills. Two men and two women were included in the deaths and two were in their 50s and two were over 70. Pennington, Meade, Lawrence and Fall River counties all reported deaths.

Children under 19 are responsible for 153 new infections and there were 84 new cases for people in their 20s. Thirty-one patients over 70 tested positive for Monday's report.

Nine counties reported two new cases each and there was one each in 13 other counties.

Black Hills Energy has purchased the naming rights to the Liberty Center in Box Elder.