Overall sales of hunting, trapping and fishing licenses in South Dakota are down by nearly 26,000 licenses so far this year, resulting in a $1.15 million decline in revenue for the Department of Game, Fish & Parks.

Much of South Dakota had an extended winter and a run of above-average precipitation that cause flooding in the spring, summer and even the fall. Meanwhile, GF&P’s annual count of pheasant broods declined 17 percent this year, indicating a drop in statewide pheasant numbers. 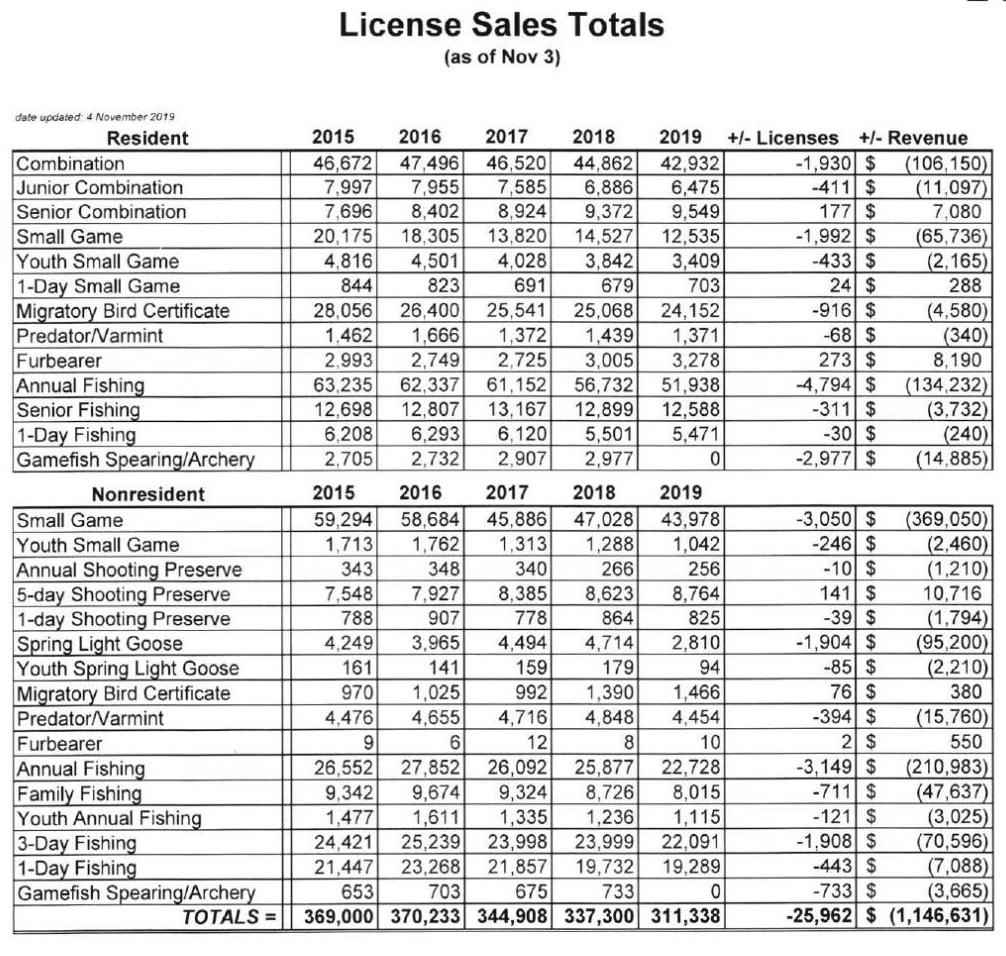 But it isn’t just pheasant-related licenses that have declined in sales. Among the 29 categories of licenses sold by the GF&P, including for residents and non-residents, only six types of licenses have experienced increases in sales so far this year.

Some of the decreased sales could be a continuation of a decades-long decline in hunting, trapping and fishing, Villa acknowledged.

“Absolutely that’s one of the contributors,” she said. “That’s a national problem that’s not unique to South Dakota.”

The numbers were scheduled to be presented to the state Game, Fish & Parks Commission during its two-day meeting that began Thursday and ends today in Watertown.

As part of an effort to stabilize license sales, the commission adopted a resolution last month committing itself to an “R3” approach to new or amended regulations. The approach calls for the commission to consider how each regulation would affect the recruitment, retention and reactivation of hunters, anglers and trappers.

Gov. Kristi Noem has also implemented initiatives to encourage hunting, trapping and fishing, including a live-trap giveaway program, a bounty on certain predators, and programs to encourage the creation and preservation of wildlife habitat.

Do you know a South Dakota rancher, farmer or forester who goes above and beyond in the care and management of natural resources? Nominate him…

Two bull elk have been found shot near a road in Custer County. Authorities are searching for the poachers who shot them.South Dakota Game, Fi…

Eastern Idaho biologists want wolverines to shed a bit of hair and grin for the camera in the name of science.