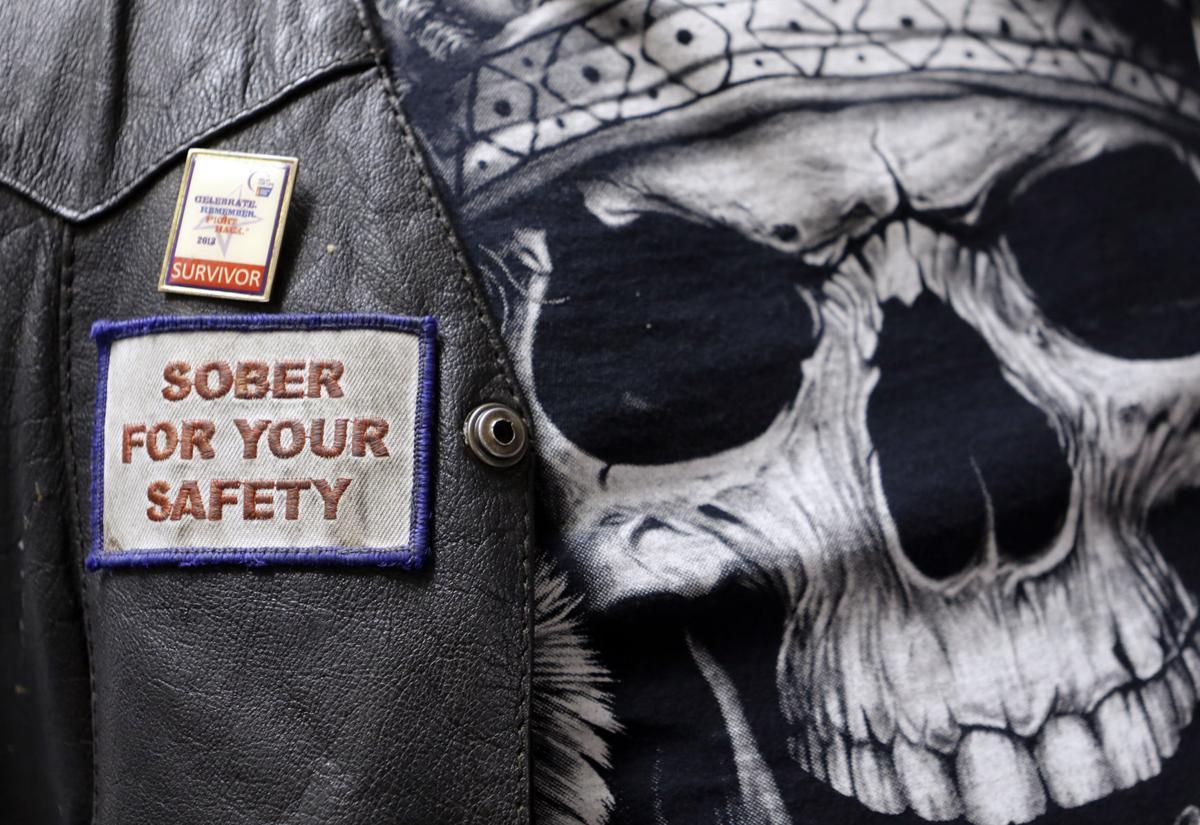 An attendee to a Sturgis Alcoholics Anonymous meeting wears a patch on this leather jacket that reads Sober for Your Safety. The man said he had been to Sturgis before in 1983 but did not remember it because he was drunk the entire time. 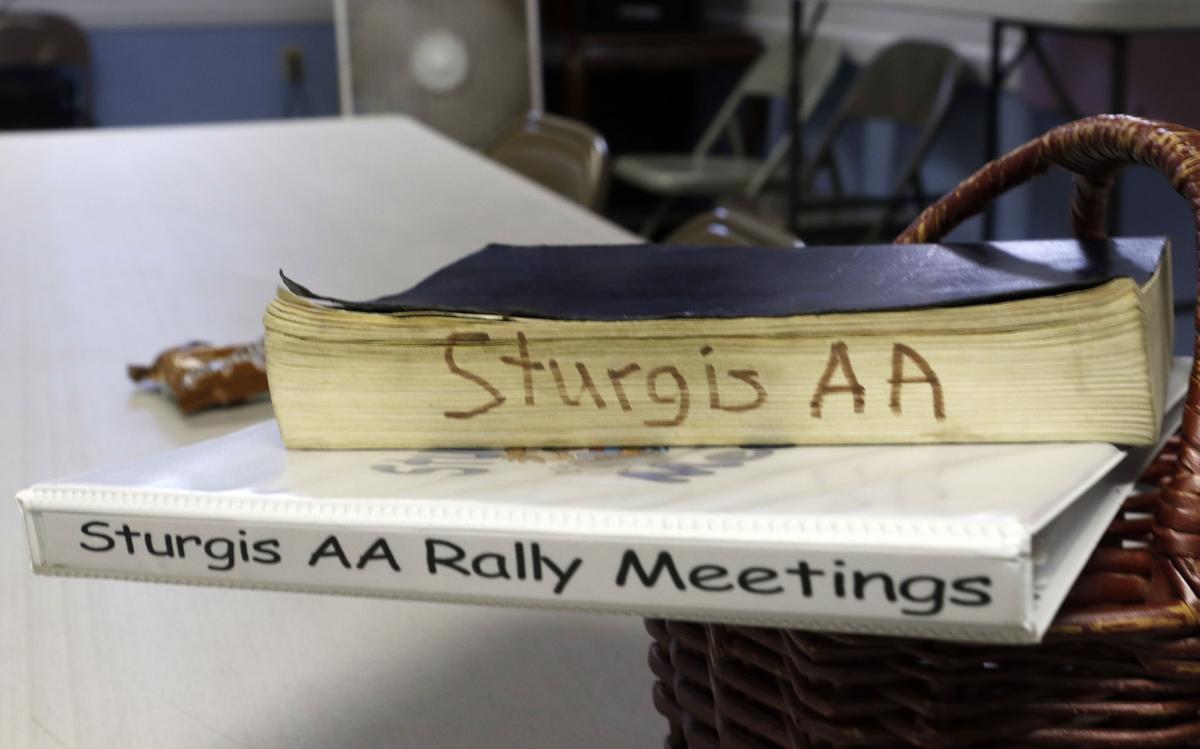 A man at the back of the room threw his hand up.

The 13 other people in the basement of the St. Thomas Episcopal Church in Sturgis answered as one.

From the streets above came the soft rumble of motorcycles passing by as the 2016 annual Sturgis cycle rally reached a crescendo.

Then, Jason told the full and honest truth about himself in the kind of frank assessment that is a part of any successful Alcoholic's Anonymous meeting.

"I'm grateful I didn't wake up in a puddle of my own piss and s--- this morning," he said flatly.

His words were tinged with gratitude — a sense of thankfulness shared among those who struggle to stay sober and who, hopefully, had made it one more day.

The established Sturgis AA group that met in the church on Monday is holding meetings as the world's largest motorcycle rally and one of the planet's biggest parties whirls around them.

When they frequent booze-fueled rally events in early August in Sturgis each year, these men and women from all walks of life come together to form a nucleus of strength, calm and sobriety.

Jason looked to be one of the younger ones, maybe mid-30s (one can never know for certain because attendees are truly anonymous.)

For him, the struggle is making Sturgis about something new — and clean. It used to be he would load up his bike with liquor and drugs and ride to the rally.

It used to be his nights in Sturgis were marred by alcohol-infused blackouts, and painful mornings. He is grateful he has not experienced the highs and hangovers this year.

"I, too, was a Sturgis wannabe, years ago," Jason said.

He crashed his cycle a few times back in those days. It always was something wrong with the road, never with him, or that he was drunk behind the handlebars. It was, Jason said, a lonely, drunken, played out way to live.

"The odds are better that we're going to drink and die," he said. "Thankfully, today? We all have a reprieve, a place to put on the armor."

The AA meetings are that place.

But the strength does not come from the physical room itself, with its noisy coffee machine and the old piano near the door. Nor is it the AA 12 Steps, emblazoned like commandments for the modern age on a banner against the wall.

Rather, it's the people who create the strength to stay sober, one day at a time. They are folks brought together by shared pain, and hope.

One such man is Tim, who once rode with Peter Fonda and Dennis Hopper at Sturgis, and where he has been coming to since 1991. He's been clean and sober for 31 years.

"I couldn't get here fast enough," Tim said of this year's AA meeting. "It's like a treatment high."

One morning years ago, back in Iowa where he's from, he woke up with a gun in his face. He'd gotten drunk the night before, and had collapsed on a stranger's couch.

His sister was always his biggest supporter, Tim said. She recently died of Stage 4 breast cancer. He came to visit her once while drunk, and she had slapped him hard on the face.

Steve is a big man with gray hair tied in a ponytail behind his head. His hands are wrapped in tanned leather gloves with the fingers cut off, dirty from the road. His eyes smile as he speaks.

"I'm allergic to alcohol," he said. "I break out in handcuffs."

He came to Sturgis this year with his friend Ginger, and they both plan on doing little else other than riding together through the Black Hills.

The local AA group is hosting a Serenity Ride for the 17th straight year on Thursday. A group of the members will depart with a police escort from St. Thomas Episcopal at 1222 Junction Ave. at 10 a.m. and end at Steamboat Rock Picnic Area around noon. Steve and Ginger may ride along with them.

According to David, one of Sturgis AA's organizers, about 300 to 400 people will likely attend meetings during the rally this year. Meetings are every day for the whole rally, ending on Saturday, and are scheduled every three hours at St. Thomas Episcopal Church.

"We know that other people aren't staying sober at Sturgis," Steve said. "But that's not how we're going to do it."

South Dakota Gov. Kristi Noem indicated Tuesday that she will try again to hold a fireworks display over Mount Rushmore to celebrate Independe…

An attendee to a Sturgis Alcoholics Anonymous meeting wears a patch on this leather jacket that reads Sober for Your Safety. The man said he had been to Sturgis before in 1983 but did not remember it because he was drunk the entire time.