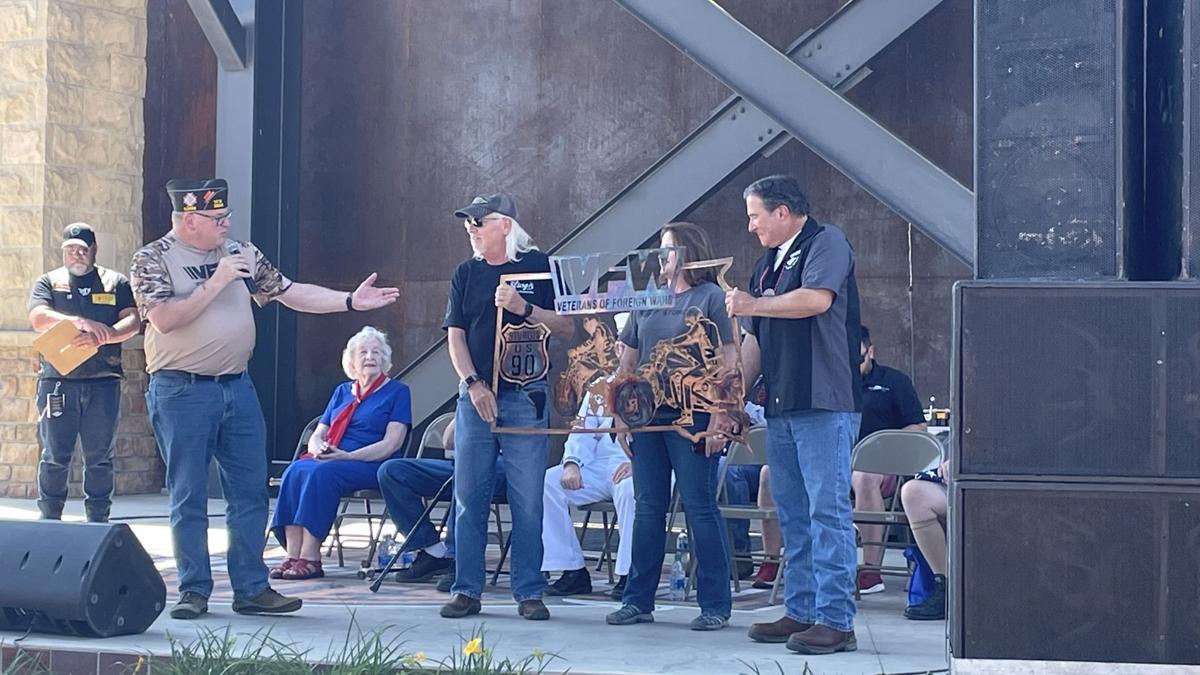 Matthew M. "Fritz" Mihelcic, the 113th Commander-in-Chief of the Veterans of Foreign Wars, left, presents a metal sign to staff members of the Sturgis Motorcycle Rally on Tuesday during Military Appreciation Day at Harley-Davidson Rally Point in downtown Sturgis. 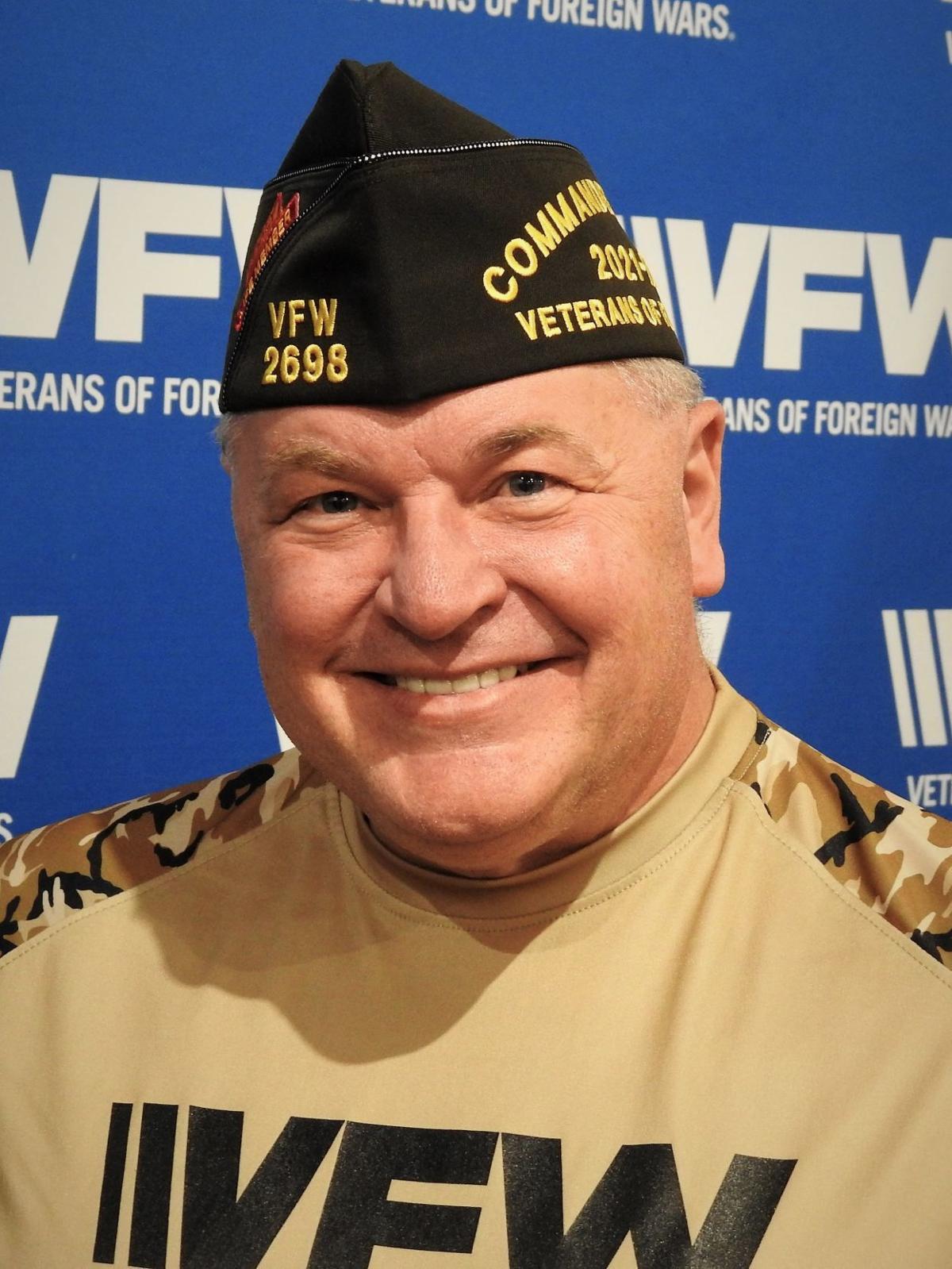 STURGIS | Tuesdays at the Sturgis Motorcycle Rally are always special days for active duty military service members and veterans, and the 81st annual rally was no different.

The rally celebrated and honored those who have served their country Tuesday with a special Military Appreciation Day motorcycle ride, a ceremony at Harley-Davidson Rally Point Plaza, and two B-1B bombers from Ellsworth Air Force Base flew over downtown Sturgis.

The Military Appreciation Day, sponsored by the Veterans of Foreign Wars, honored thousands of men and women who served in the military. The VFW's Commander-in-Chief Matthew M. "Fritz" Mihelcic made a special trip to the rally to present a handcrafted metal sign to rally staff.

During the Tuesday afternoon ceremony, attendees also heard from the Folds of Honor group and the Gold Star Families organization. Mayor Mark Carstensen honored two veterans who are icons in the city of Sturgis.

John Coyle served in the U.S. Navy and found his way to the Black Hills.

"It can be said that John is an ambassador for Sturgis," Carstensen said. "You will see John out and about each day talking to everyone and welcoming visitors that frequent our downtown at his post at the corner of Junction and Douglas waving at all the locals."

Coyle was named Sturgis Community Volunteer of the Year by the Chamber of Commerce in 2020 and was a member of the Sturgis Volunteer Fire Department for 40 years among multiple other events around town.

"John's love of the rally led him to collect a patch from every year starting in 1974," Carstensen said.

The mayor presented a special award to Coyle at the ceremony to thank him for representing the community and for "loyal dedication to volunteer wherever and whenever needed."

Carstensen also honored Edgemont native Walter Staubers, 90, who joined the South Dakota National Guard while still in high school and then enlisted in the U.S. Navy. Staubers served in the Navy for 27 years.

"After officer's candidate school, he worked his way up the ranks, ultimately becoming a captain," Carstensen said. "Walt served as an instructor at the U.S. Naval Academy for two years and had command of three ships."

During his command, Staubers was invited to lunch with Prince Charles of England and was presented at court to the Queen of Denmark.

Staubers retired from the Navy in 1979 and moved back to Sturgis, where he collects and sells antiques and also flips houses for sale. Staubers served on several committees in the city and helped supervise a parking lot for the Knights of Columbus during the rally. He also delivered Meals on Wheels for more than 25 years.

To thank Staubers for his service in the Navy and to the city of Sturgis, Carstensen proclaimed Tuesday as Walter Staubers Day in addition to Military Appreciation Day.

PHOTOS and VIDEO: Moments from the Legends Ride

Matthew M. "Fritz" Mihelcic, the 113th Commander-in-Chief of the Veterans of Foreign Wars, left, presents a metal sign to staff members of the Sturgis Motorcycle Rally on Tuesday during Military Appreciation Day at Harley-Davidson Rally Point in downtown Sturgis.