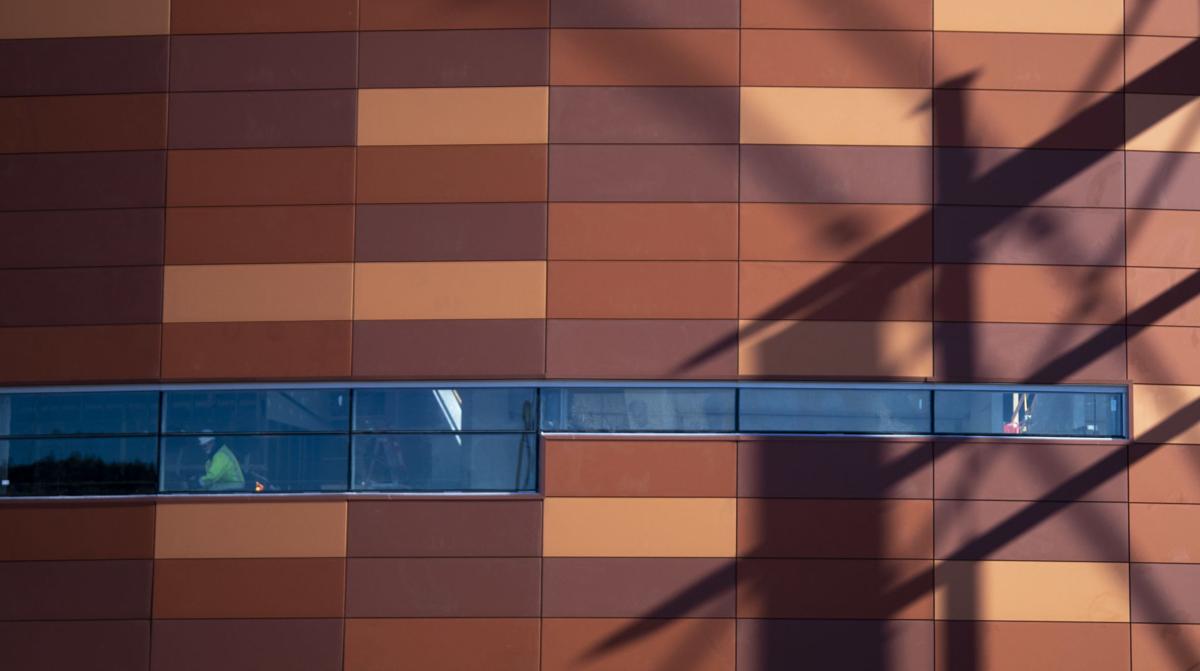 Shadows fall across the facade at Summit Arena on Tuesday in Rapid City. The $130 million Civic Center expansion project is on course to be completed this fall. 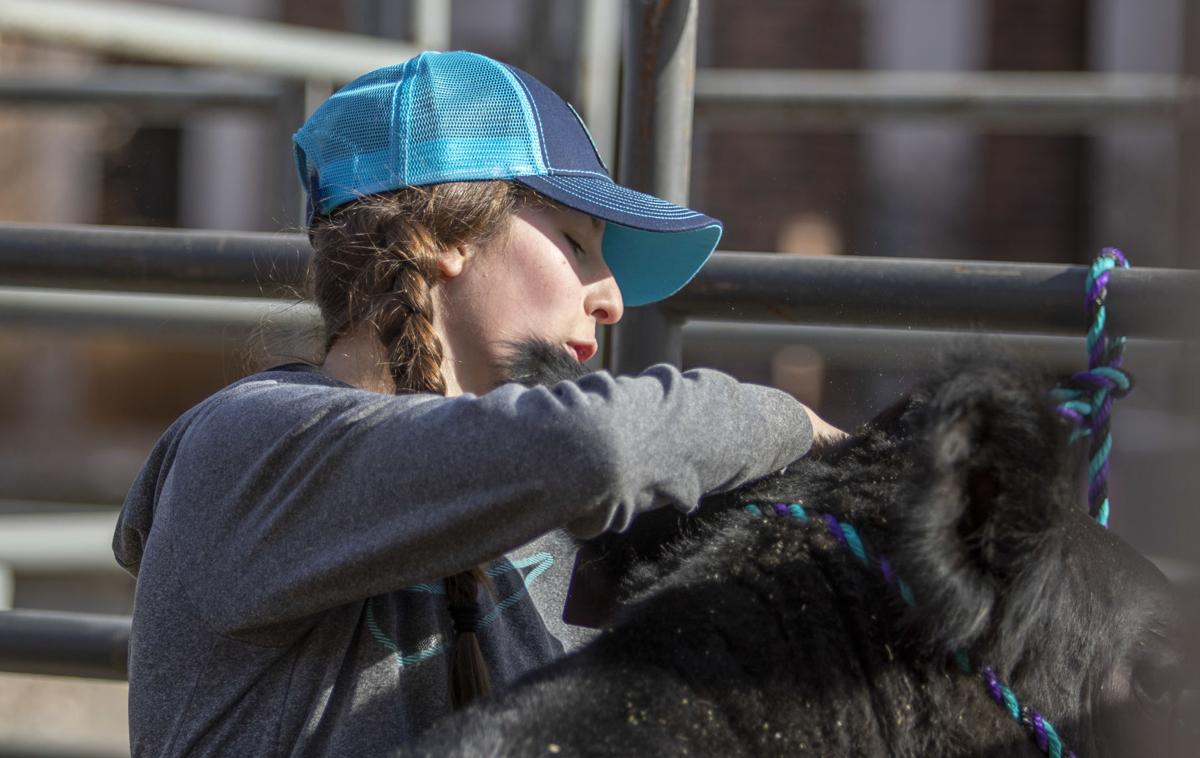 Elizabeth Jordan, 14, of Hulett, Wyo., pets her Angus heifer named Sister in a pen outside the Rushmore Plaza Civic Center in preparation for the Youth Stock Show on Thursday in Rapid City. Jordan says she has been showing cattle since she was eight years old. 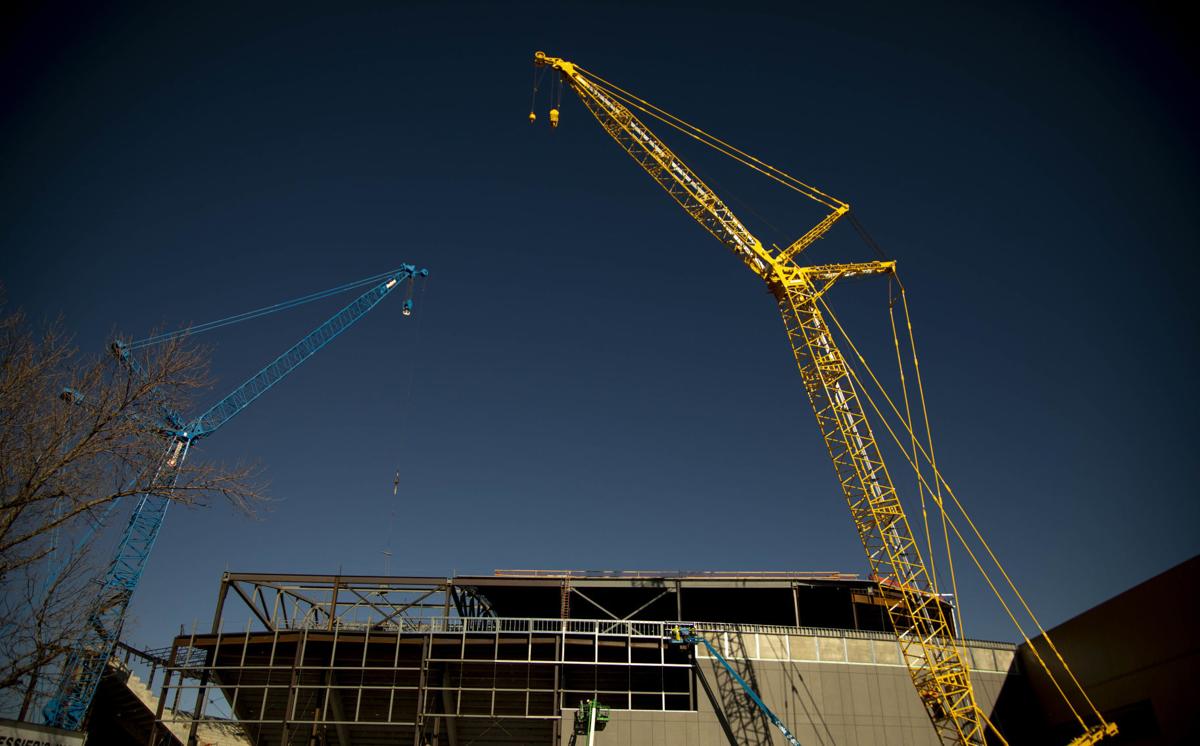 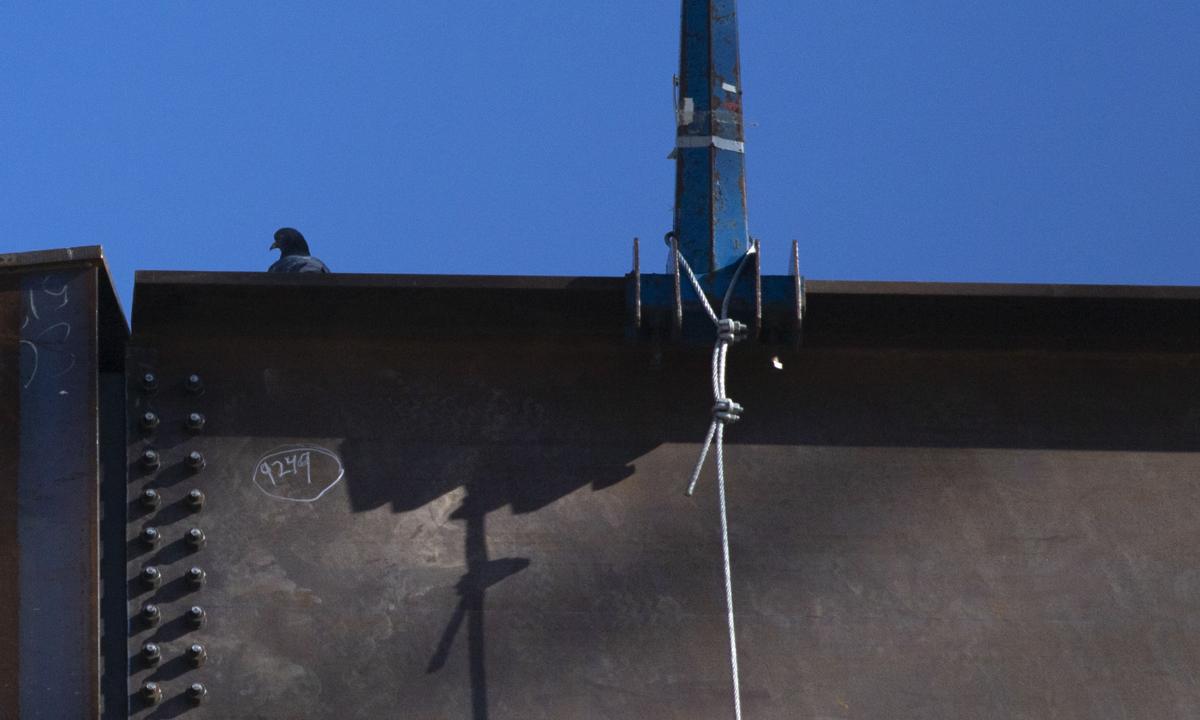 A bird rests on top of the Summit Arena as construction work continues Tuesday in Rapid City. 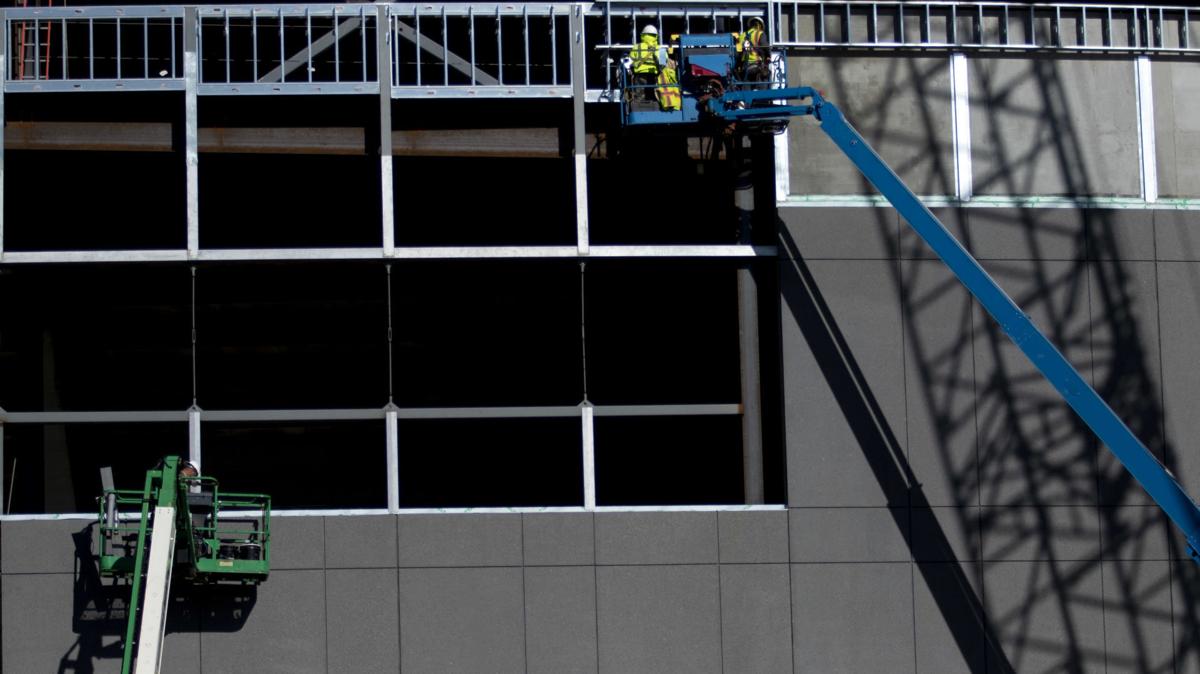 Construction workers continue work on the Summit Arena on Tuesday in Rapid City.

The new Summit Arena may open the Black Hills Stock Show to more events and bring more people in from across the country, said stock show general manager Ron Jeffries.

Jeffries said a myriad of expansion at The Monument has allowed the Black Hills Stock Show to expand from three breeds of cattle in 1959 to 10 breeds today. He said there’s an 11th breed this year in a longhorn virtual sale at the Holiday Inn.

Barnett Arena would then be used for stock show and non-ticketed events.

“We anticipate that that’s what’s going to happen,” Jeffries said.

The decision ultimately lies with the Civic Center Board.

“While no firm decisions have been made about what activities will be taking place where,” said Craig Baltzer, Executive Director of The Rushmore Plaza Civic Center, “we are looking forward to an expanded Stock Show and Rodeo Rapid City in the years to come.”

Jeffries said people have suggested filling the space with more vendors, but that doesn’t necessarily bring people from across the country. He also said it’s harder to get people to travel for entertainment like concerts unless it’s a really big show.

Jeffries said 2021 is the first year where youth have been able to show sheep and goats, but they could easily expand it from two days to three or four. He said they could even add a hog show in the future.

He said this would bring a number of families in for a longer period of time.

Jeffries said they hope this would bring more kids to the area and get them to show or compete more at the Black Hills Stock Show as they grow up.

Jeffries said the big push for youth showing came from Amanda Kammerer, livestock and marketing coordinator for the show. He said she grew up in the area showing cattle and now shows cattle around the country.

Kammerer said youth competitors came from 10 different states this year for a two-day show. She said they think they received more competitors from a wider area because the Denver and Fort Worth shows got canceled this year due to the pandemic.

Sponsorship coordinator Silvia Christen said getting the younger generation ties the agriculture world together with vendors and sponsors.

Jeffries said running a youth show in conjunction with an adult show can allow buyers the opportunity to buy a heifer all week long.

“The problem we have here is a lot of the stuff is jammed into a small area because we want to take as many consignors as we can, as many people that can come to the show as we can,” he said.

The breed cattle would likely move into Barnett Arena and the youth show would be in Rushmore Hall, or vice versa.

He said the other benefit to having more room for cattle is it allows the breeds to stay for a longer period of time. That allows the consignor to market their cattle over a three-day period rather than two.

“None of our consignors are coming to sell one bull or one heifer,” he said. “They’re coming here to market their program and convince commercial cattlemen to come to their area in the spring.”

The stock show will go through Feb. 7 with the youth goat show at the Kjerstad Event Center at the county fairgrounds. The schedule can be found at blackhillsstockshow.com.

Your Two Cents for Sept. 14

Congratulations to the Black Hills Powwow for using good common sense by cancelling due to COVID concerns.

Shadows fall across the facade at Summit Arena on Tuesday in Rapid City. The $130 million Civic Center expansion project is on course to be completed this fall.

Elizabeth Jordan, 14, of Hulett, Wyo., pets her Angus heifer named Sister in a pen outside the Rushmore Plaza Civic Center in preparation for the Youth Stock Show on Thursday in Rapid City. Jordan says she has been showing cattle since she was eight years old.

A bird rests on top of the Summit Arena as construction work continues Tuesday in Rapid City.

Construction workers continue work on the Summit Arena on Tuesday in Rapid City.