The Noem campaign said Linda Lillibridge has subsequently given an additional $9,000, for a total of $9,500. The Noem campaign said the total will be divvied up pursuant to contribution limits as follows: $4,000 to the Kristi for Governor committee, $4,000 to Rhoden for Lieutenant Governor (the committee of Noem's running mate, Larry Rhoden) and $1,500 to KRISTI PAC (Noem's federal political action committee).

Monday's campaign finance report also shows that Kelsea Sutton's great aunt, Cindy Lillibridge, of Bonesteel, gave $2,000 to Noem's fundraiser with Trump. The Noem campaign said Cindy Lillibridge has since given an additional $8,000, for a total of $10,000, which will be divvied up as follows: $4,000 to Kristi for Governor, $4,000 to Rhoden for Lieutenant Governor and $2,000 to KRISTI PAC.

Cindy Lillibridge said by phone Tuesday that she will vote for Noem.

“We love Billie and Kelsea dearly, but we can’t support the Democratic Party,” she said.

Linda Lillibridge could not be reached for comment Tuesday.

"The Lillibridge family has supported Republican candidates for decades, so it's no surprise that family members would attend when the President of the United States visits South Dakota," the statement said. "The late John Lillibridge was one of Billie Sutton's strongest supporters in his race for Governor. Sutton marrying into a well-known conservative family shows how truly bipartisan Billie is and how he has never put politics before personal relationships."

"Kristi is grateful for the support she's received from those who know Billie Sutton best," the statement said.

Contributions to Noem’s fundraiser with Trump were made public Monday in a campaign finance report filed by the Noem-Rhoden Victory Committee. The joint fundraising committee was organized for the Sept. 7 fundraiser that Noem hosted with Trump at the Sioux Falls Convention Center, where a total of about $520,000 was raised.

Donors were allowed to give up to $23,000 to the Noem-Rhoden Victory Committee, and the money subsequently flowed to four other committees pursuant to predetermined allocations.

The Cook Political Report, an independent, nonpartisan newsletter that analyzes elections and campaigns, has changed its rating for South Dako…

The deadline to register to vote in the 2018 general election is Oct. 22. That’s less than three weeks away.

Sutton releases poll showing him 3 points up in governor's race

Individual attendees to Kristi Noem’s fundraiser featuring President Donald Trump will be allowed to write checks as large as $23,000, even th…

Jackley says he’s undecided on Noem or Sutton for governor

The Republican runner-up to Kristi Noem in June’s primary election for governor, Marty Jackley, said he has not yet committed his support to a… 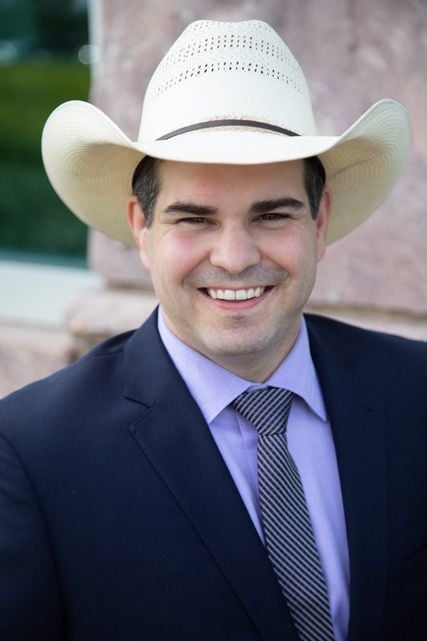