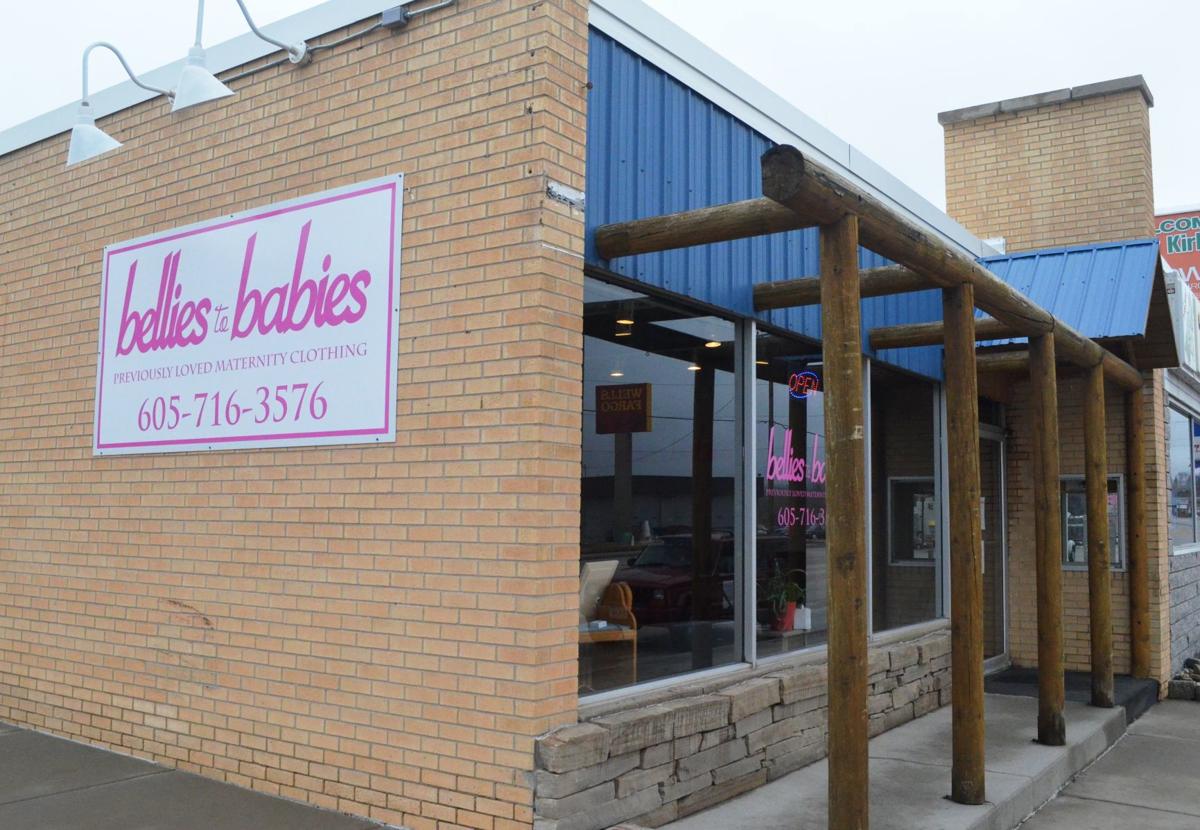 Bellies to Babies, a pre-owned maternity and nursing wear store, opened earlier this year at 1002 Jackson Blvd. in Rapid City. 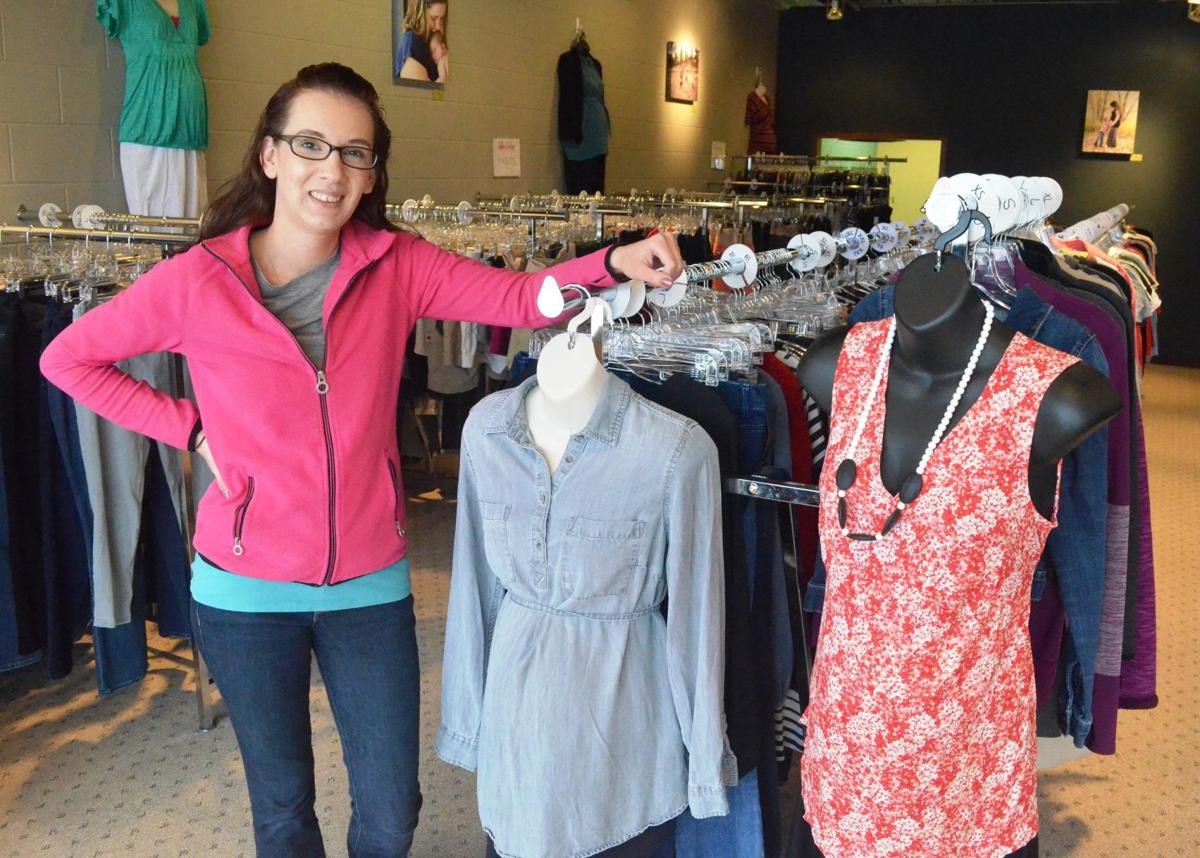 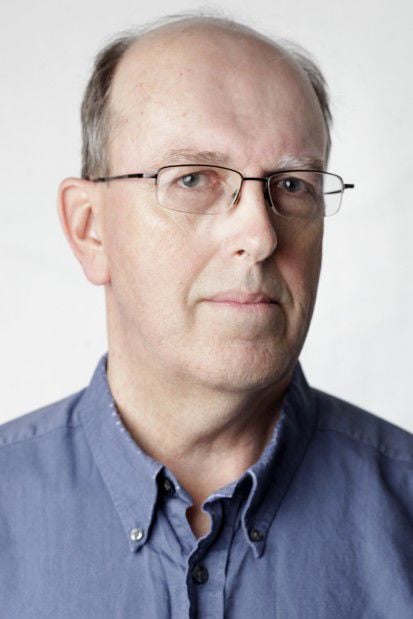 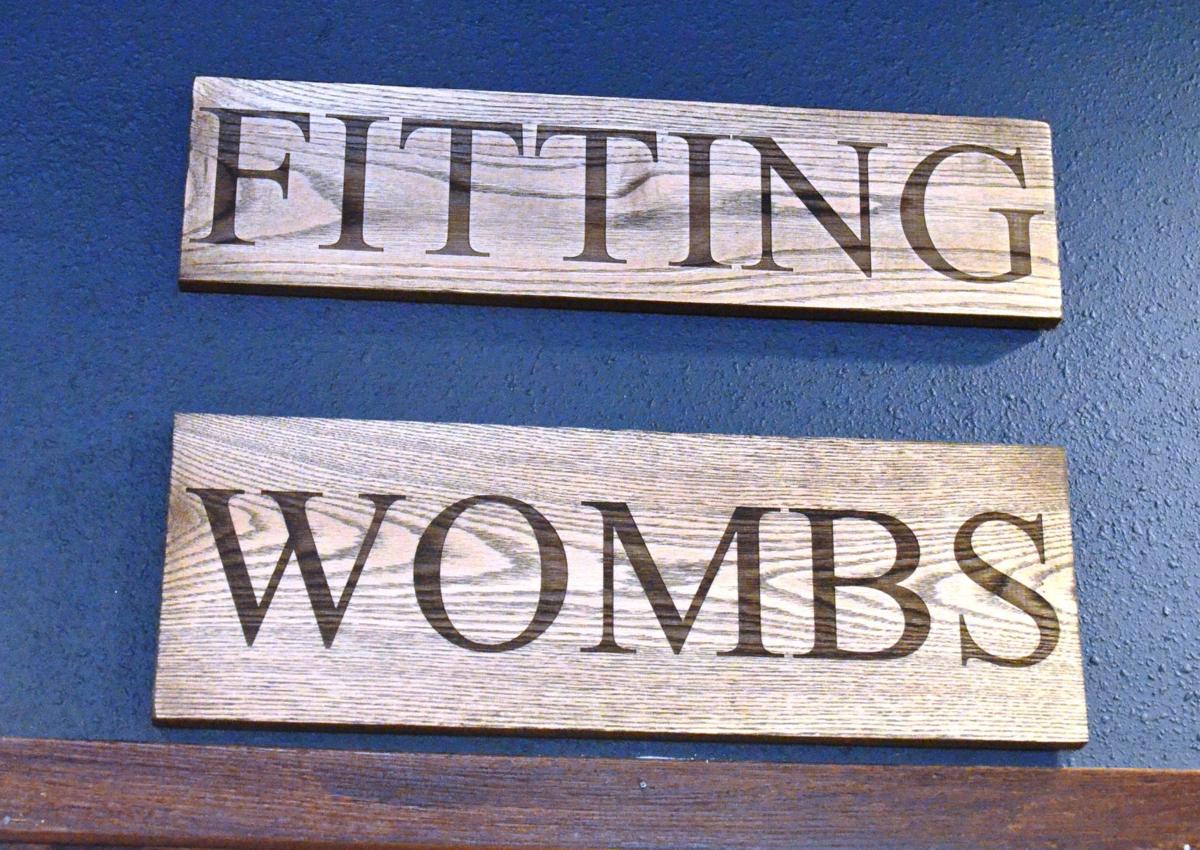 A play-on-words sign points the way to dressing rooms at Bellies to Babies, a pre-owned maternity and nursing wear store, recently opened at 1002 Jackson Blvd. in Rapid City.

Over the course of having four children, Michelle Millard realized just how expensive maternity wear is to buy, within the tightening budget confines of a growing family.

“I was always buying used clothes, but it was hard to come by them until yard sales in the summer,” she said.

Then, while shopping online, she happened across a website for Bellies to Babies — Minneapolis-based stores offering pre-owned (they prefer "previously loved") maternity and nursing clothes.

The website offered the opportunity of becoming a franchiser, and Millard saw an epiphany.

“I thought, ‘Hmm. That’s a great idea,’ something I should try to do around here,” she said.

After finding a suitable location and training with the help of franchise owner Dan Canfield, Millard opened her own Bellies to Babies store on Feb. 23 at 1002 Jackson Blvd. Her grand opening was last weekend.

She buys meticulously selected items as close to new as possible, but because the clothing is ”previously loved,” as they say, she can sell at retail savings of 70 to 80 percent off new department stores prices.

“We buy outright and pay on the spot,” she said.

According to a release, Millard’s store is the third location, and the first outside of the Minneapolis area, for Bellies to Babies.

Millard grew up in Chadron, Neb., and because of her own shopping experiences, knew such a retail store would draw regionally. “We came to Rapid to go shopping, so I knew I would get people from Nebraska and people from Spearfish and Wyoming would come,” she said.

Tidal station locations to be auctioned

There have been plenty of inquiries about what’s happening with Rapid City’s two Tidal gas and convenience stores, one at 2308 W. Main St. and the other located at 530 E. North St.

Both stations were known for the least expensive fuel prices in Rapid City, but apparently fell victim to the increase in competition from the influx of new convenience stores, such as Holiday and Maverik.

Both Tidal stores closed earlier this year, with pumps removed and structures demolished. Storage tanks have been removed and the lots are cleared to bare earth.

The West Main property, 21,945 square feet, and the East North lot, 11,761 square feet, are currently owned by Louis Long, of Rapid City, but that will change on April 18 when both go on the auction block. Bradeen Auction, of Custer, is handling the sale, which is set for 10:30 a.m. in Room 102 at Rushmore Plaza Civic Center in Rapid City.

RTR WoodCarvers promises furniture, decor, signs, crafts, S.D. carvings, games, toys and more. According to a Facebook post, the store is shooting for a May 1 soft opening, with a grand opening sometime in June.

I hope to have more information as the opening date approaches.

The Rapid City Regional Airport will be renovating the post-security lounge and gift shop beginning today. The work is anticipated to continue throughout the summer.

Because of the construction, the gift shop operated by Mount Rushmore Memories will be closed for the entire month of April. Food and beverage services will still be available both pre- and post-security through Air Host.

Airport officials apologize for the inconvenience and said the completed project will offer more retail space and food options for passengers.

Cat is 'whiskered' away from Scottish polling station

Cat is 'whiskered' away from Scottish polling station

Bellies to Babies, a pre-owned maternity and nursing wear store, opened earlier this year at 1002 Jackson Blvd. in Rapid City.

A play-on-words sign points the way to dressing rooms at Bellies to Babies, a pre-owned maternity and nursing wear store, recently opened at 1002 Jackson Blvd. in Rapid City.