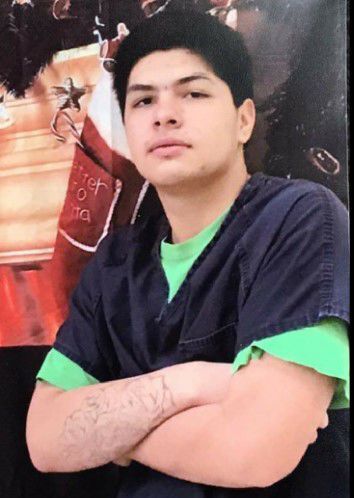 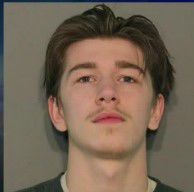 After several days of testimony, a jury found 17-year-old Ronald Black Cloud guilty of second-degree murder in the 2018 shooting death of Nathan Graham.

Per state law, homicide is considered second-degree murder if perpetrated by any act imminently dangerous to others and evincing a depraved mind, without regard for human life, although without any premeditated design to effect the death of any particular person, including an unborn child.

During closing statements, Pennington County Deputy State's Attorney Lara Roetzel stressed that Black Cloud acted without regard for human life, noting that he and his friend, Ross Johnson, were trespassing on Graham's property the night of the shooting and were told to leave but didn't.

Roetzel also argued that neither Black Cloud's nor Johnson's safety was being threatened as Graham had been walking away from the two and exclaimed "Don't come back," before being shot by Black Cloud. Forensic evidence showed that Graham had been shot in the back of the head.

Black Cloud was 14 at the time of the Aug. 17, 2018 shooting. His trial started last week. He was found guilty of of shooting Graham, 43, in the head from more than 60 feet away after being told to by Johnson.

Johnson was sentenced to 20 years in prison in June after he pleaded guilty to aggravated assault and being an accessory to the second-degree murder of Graham.

The two had went to Graham's house looking for Graham's stepson, despite Johnson knowing that he was not allowed at the home.

"Leave, just leave," is a statement Roetzel repeated during Wednesday's closing statements, which was what Graham's widow, Shayla Colbert-Graham, said to Johnson and Black Cloud when she answered Johnson's knocks at her door the night of the shooting.

Had they done so, Roetzel argued, nobody in the courtroom would be there for a murder trial and Graham would not have died two days later after being declared brain dead.

Black Cloud's attorney, Joanna Lawler, argued during closing arguments that her client felt he had no choice but to shoot Graham, noting he was afraid that Graham would have been able to catch him and threaten his life.

Lawler cited Black Cloud's testimony from the day before that he had felt as if Johnson's life was in real danger from Graham and he had heard Graham tell his wife to get a gun. She repeated that Black Cloud felt as if he didn't have a choice in the matter.

Lawler also argued that the event altered Black Cloud's life and that he was extremely remorseful for taking Graham's life.

Black Cloud's sentencing will happen at a later date, per his attorney's request.

A Custer man who was on U.S. Capitol grounds on Jan. 6, 2021, has announced his candidacy for the state Legislature.

An initial appearance for a 50-year-old man facing charges after a police pursuit Monday night was postponed Wednesday.