The Pine Ridge Reservation began a 72-hour lockdown Tuesday afternoon after a school employee from Porcupine became the first reservation resident with a confirmed COVID-19 case.

“If you are out and about for such reasons other than what was noted in the shelter-in-place ordinance, you will be fined, you will pulled over,” President Julian Bear Runner said while reading the lockdown executive order on KILI radio. “There’s too much” travel for non-essential purposes going on, he said.

The lockdown — which was triggered by the discovery of the first COVID-19 case on the reservation — went into effect at 6 p.m. on Tuesday and will be lifted at 6 p.m. on Friday, the order says.

An employee who lives and works at the Our Lady of Lourdes Elementary School in Porcupine learned they tested positive for the virus Tuesday afternoon, Red Cloud Indian School wrote on its Facebook page.

“This communication is intended to share all the information we currently have and to ensure the highest level of transparency with our staff, students and families, and community members across the Pine Ridge Reservation,” wrote Raymond Nadonly, president of the Red Cloud Catholic schools.

The employee and their spouse traveled to California for a medical procedure on March 26, the Facebook post says. The couple returned to Porcupine the next day and began a precautionary 14-day quarantine at their home on the school campus. The couple had no contact with anyone during this time, all groceries and other supplies were left outside their front door.

The worker began feeling sick and on April 3, went to the Indian Health Service hospital in Pine Ridge where staff told the couple to travel to another facility in Martin, the post says.

After being tested in Martin, the post says, the couple returned to their quarantine at home. The employee's preliminary test came back as positive on Tuesday afternoon, the same time they began to experience respiratory distress. The person is now being treated at a hospital in Rapid City. The spouse is also staying in Rapid City and will only return to Porcupine once their risk of infection has been ruled out.

The employee immediately contacted the school after learning about the positive test, and the school then called the Oglala Sioux Tribe, the post says. The IHS and South Dakota Department of Health are now investigating whether the person came into contact with anyone else, the executive order says.

All other non-residents — including tribal members — are not allowed to enter the reservation, Bear Runner said on KILI. He said that anyone who recently left the reservation but is now inside it should either leave or quarantine at home for 14 days.

All playgrounds, parks and other recreational areas are closed during the lockdown, the order says. Oglala Sioux police and private security officers will enforce the order for tribal members, while the Oglala Lakota County sheriff will enforce it for non-members living on the reservation.

The temporary lockdown comes after the Oglala Sioux Tribe already took several strict measures to prevent the spread of COVID-19 on the reservation. It's banned non-residents with non-essential business from visiting, instituted shelter-in-place and curfew ordinances, and created an ordinance against price gouging.​ 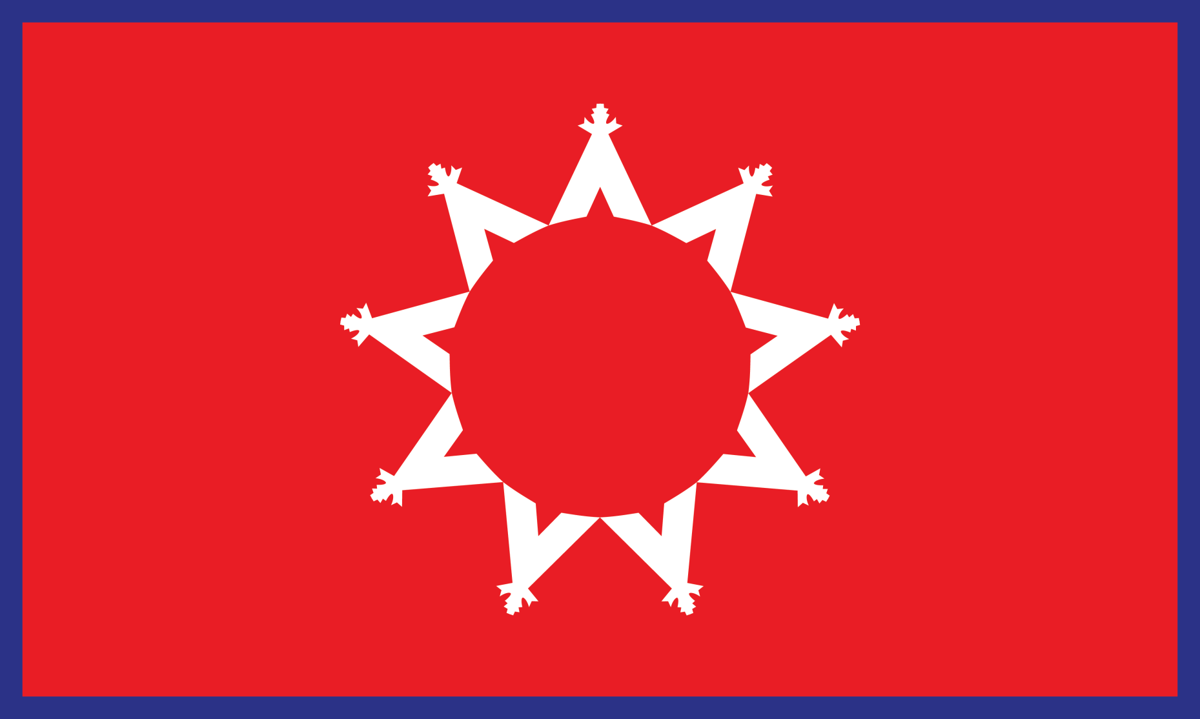 The flag of the Oglala Sioux Tribe. 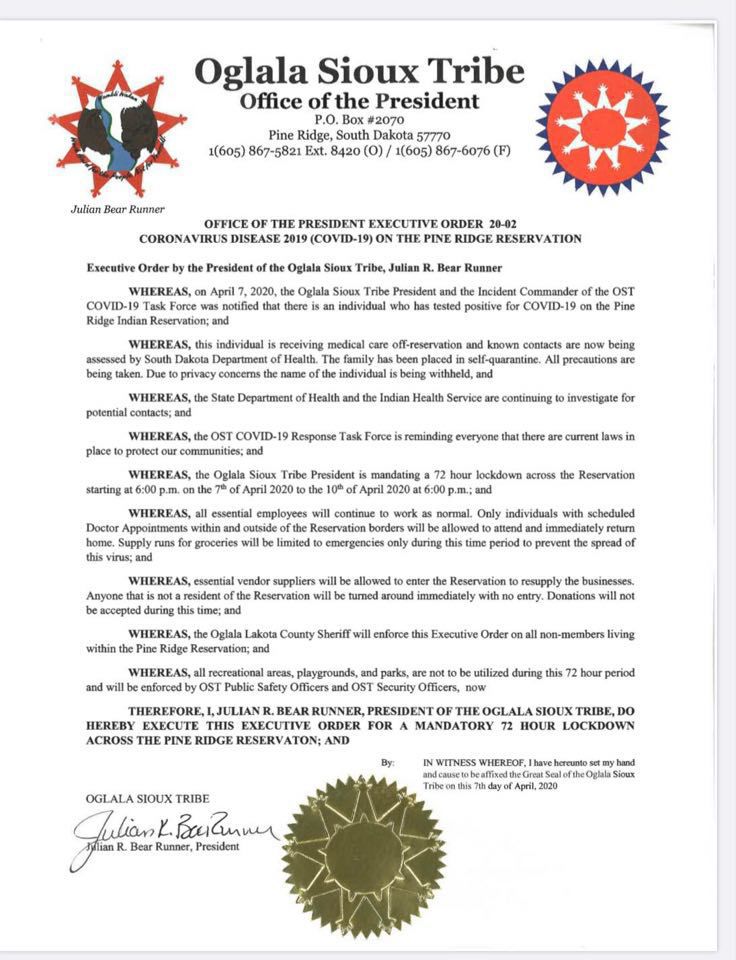