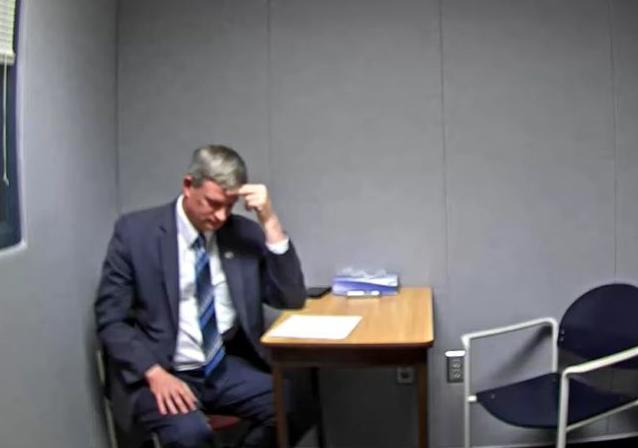 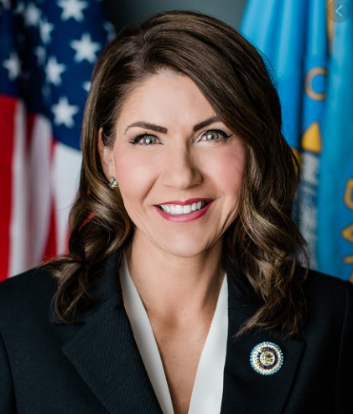 FORT PIERRE | South Dakota Attorney General Jason Ravnsborg pleaded no contest Thursday to a pair of misdemeanor traffic charges over a crash last year that killed a pedestrian, avoiding jail time despite bitter complaints from the victim’s family that he was being too lightly punished for actions they called “inexcusable.”

Circuit Judge John Brown had little leeway to order jail time. Instead, he fined the state's top law enforcement official $500 for each count plus court costs of $3,742. Brown also ordered the Republican to “do a significant public service event” in each of the next five years near the date of Joseph Boever’s death — granting a request from the Boever family. But he put that on hold pending a final ruling after Ravnsborg’s attorney objected that it was not allowed by statute.

Ravnsborg said in a statement after the hearing that he plans to remain in office. The plea capped the criminal portion of a case that led Gov. Kristi Noem — a fellow Republican — and law enforcement groups around the state to call for his resignation. But he still faces a likely lawsuit from Boever's widow and a potential impeachment attempt.

Ravnsborg's statement accused “partisan opportunists” of exploiting the situation and said they had “manufactured rumors, conspiracy theories and made statements in direct contradiction to the evidence all sides agreed upon.”

Noem, in a statement afterward, pushed the Legislature to consider impeachment and said she ordered the House speaker be given a copy of the investigative file. Impeachment proceedings halted in February after the judge barred state officials from divulging details of the investigation. Lawmakers indicated then that they might resume after the criminal case ended.

The attorney general was driving home to Pierre from a political fundraiser on Sept. 12 when he struck Boever, who was walking on the side of a highway. In a 911 call after the crash, Ravnsborg was initially unsure about what he hit and then told a dispatcher it might have been a deer. He said he didn’t realize he struck a man until he returned to the crash scene the next day and discovered the body of Boever, 55.

Ravnsborg pleaded no contest to making an illegal lane change and using a phone while driving, which each carried a maximum sentence of up to 30 days in jail and a $500 fine. Prosecutors dropped a careless driving charge.

Ravnsborg didn't attend the hearing — he didn't have to and was represented by his attorney, Tim Rensch. That angered Boever's family.

“Why, after having to wait nearly a year, do we not have the chance to face him?” Boever's sister, Jane Boever, asked the court. She said “his cowardly behavior leaves us frustrated.”

She said her brother was “left behind carelessly” the night he died. She accused Ravnsborg of running down her brother and then using his position and resources to string the case along. She said he has shown no remorse, and only “arrogance toward the law.”

Jane Boever called the punishment “a slap on the wrist.”

“Our brother lay in the ditch for 12 hours,” she said. “This is inexcusable.”

Rensch pushed back hard on the family’s criticism, calling the attorney general an “honorable man.” Rensch said Ravsnborg had been consistent from the beginning that he simply did not see Boever. And he noted that the case was “not a homicide case, and it’s not a manslaughter case."

“Accidents happen, people die. It should not happen. No one wants anybody to die,” he said.

Rensch told reporters after the hearing that Ravnsborg had cooperated fully with investigators by sitting down for two interviews and allowing his phones to be analyzed.

“Basically just take your shirt off and say, ‘Here I am, bring it on.’ I’ll answer anything you’ve got, and that’s what this guy did,” Rensch said.

Beadle County State's Attorney Michael Moore, one of the prosecutors, agreed that the attorney general had been cooperative. He was also satisfied with Ravnsborg's punishment and the crash investigation.

“Because of who it was and the high profile nature of the case, the investigation was a lot more thorough,” he said.

After a months-long probe led to prosecutors charging Ravnsborg with the three misdemeanors in February, Noem put maximum pressure on Ravnsborg to resign, releasing videos of investigators questioning him. They revealed gruesome details, including that detectives believed Boever's body had collided with Ravnsborg's windshield with such force that part of his eyeglasses were deposited in the backseat of Ravnsborg's car.

Prosecutors said Ravnsborg was on his phone roughly one minute before the crash, but phone records showed it was locked at the moment of impact. Ravnsborg told investigators that the last thing he remembered before impact was turning off the radio and looking down at the speedometer.

A toxicology test taken roughly 15 hours after the crash showed no alcohol in Ravnsborg’s system, and people who attended the fundraiser said he was not seen drinking alcohol.

Ravnsborg adamantly denied doing anything wrong. He insisted he had no idea he hit a man until returning to the crash site and that he is worthy of remaining the state’s top law enforcement officer.

“Joe’s death weighs heavily on me and always will,” Ravnsborg said in his statement. “I’ve often wondered why the accident occurred and all the things that had to have happened to make our lives intersect.”

Ravnsborg's insistence on remaining in office has opened a divide among Republicans, with him retaining support among some GOP circles. The attorney general has been spotted working booths for local Republican groups at county fairs in recent weeks.

But popular predecessor Marty Jackley is already running for his old job and has collected the support of most of the state’s county prosecutors. Political parties will select candidates for attorney general at statewide conventions next year.

Ravnsborg built his political rise on personal connections in the party. It was his dutiful attendance at local GOP events like the one he was returning from when he struck Boever that propelled him from being a party outsider to winning the Republican nomination for attorney general in 2018.

Boever's family said they hope Ravnsborg is driven from office one way or another.

“It is not too late for the state Legislature to resume impeachment proceedings,” Jane Boever said. “And if they fail us, then it’s left to the voters of South Dakota to remove him from the ballot box.”

Your Two Cents for Sept. 22

Maybe it would be better if Kate Thomas would keep her thoughts to herself. I don't think academic scores are going to rise under her leadersh…

Most substitute teachers and substitute support staff at Rapid City Area Schools will receive a pay raise beginning Oct. 1 after the Board of … 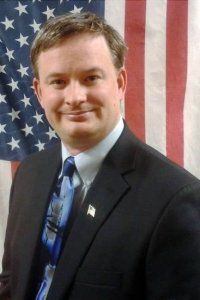