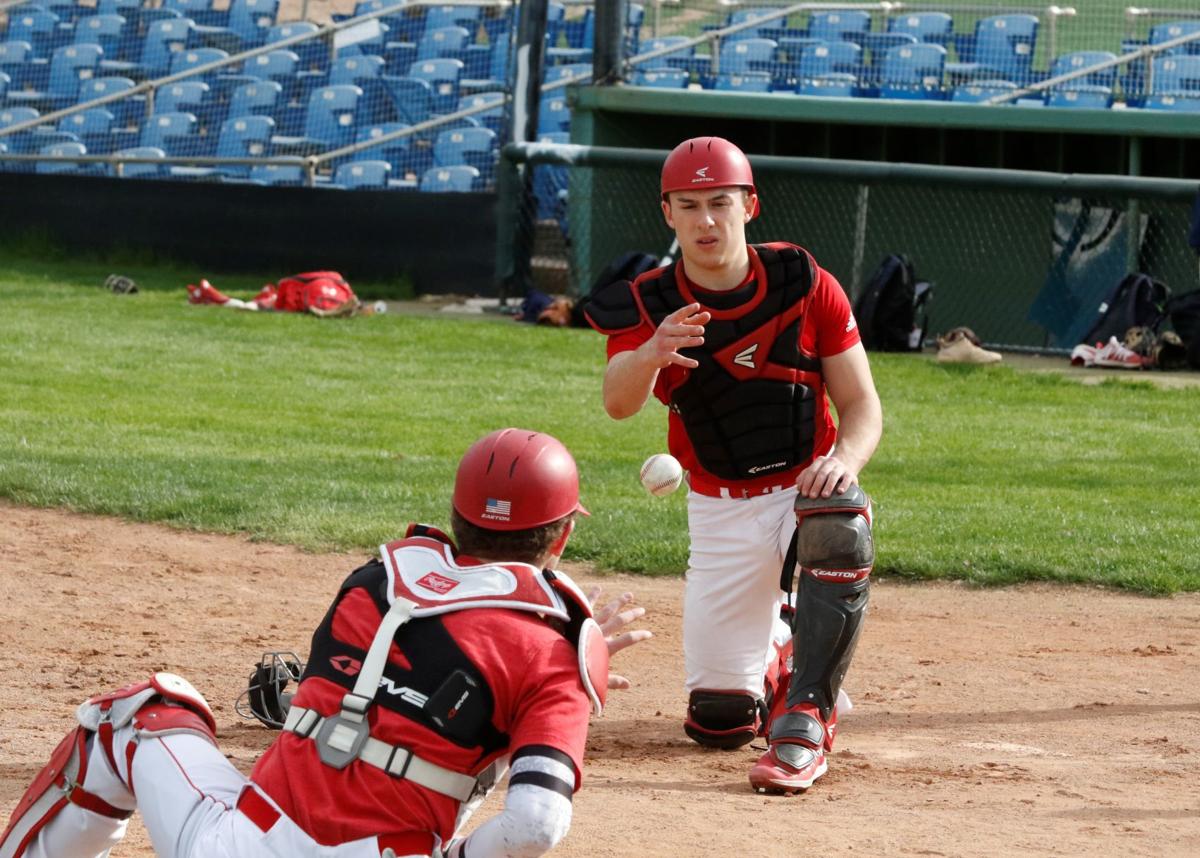 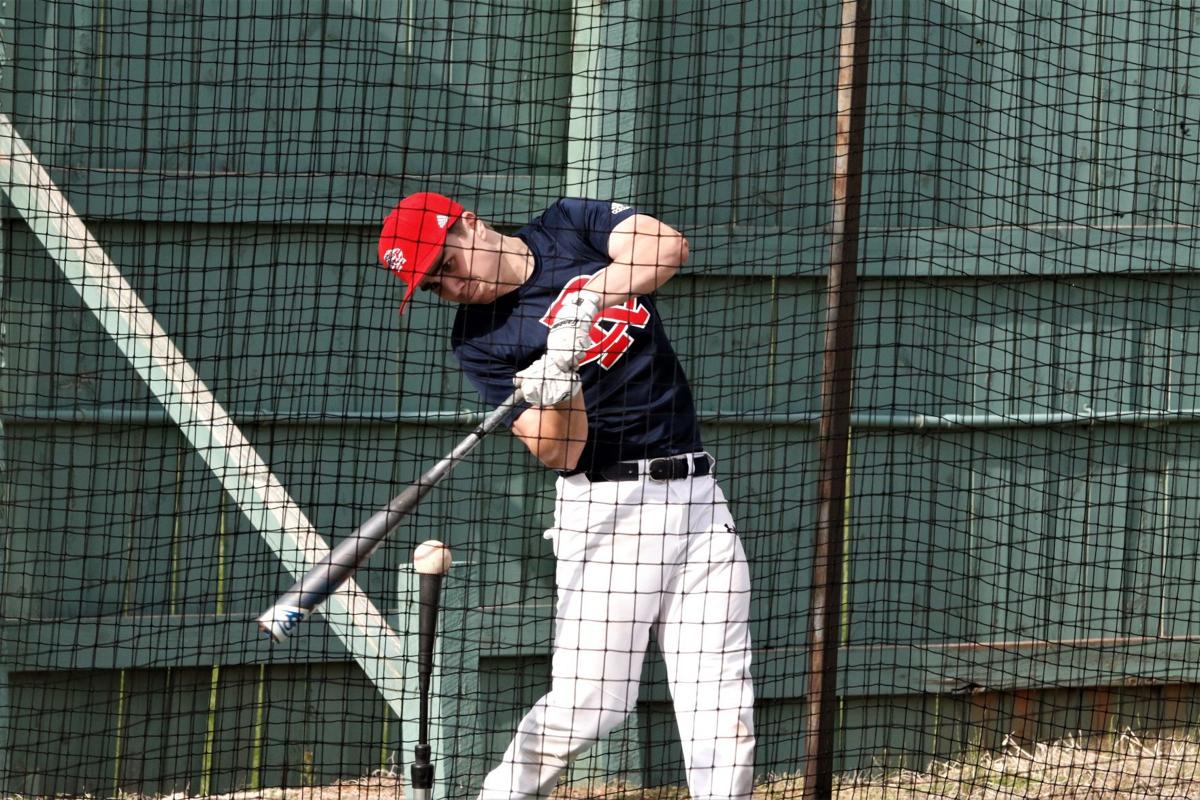 Post 22 third baseman Ryan Bachman takes a cut off of the tee Wednesday during practice at Fitzgerald Stadium. 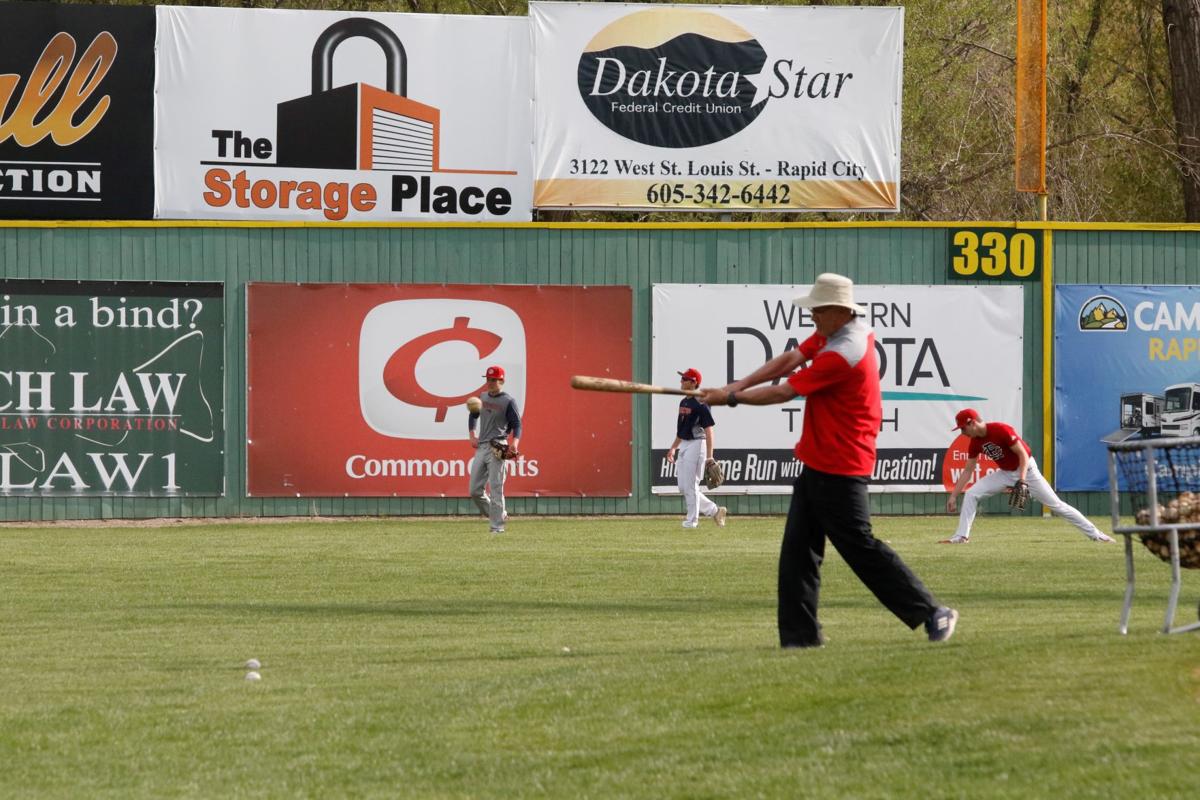 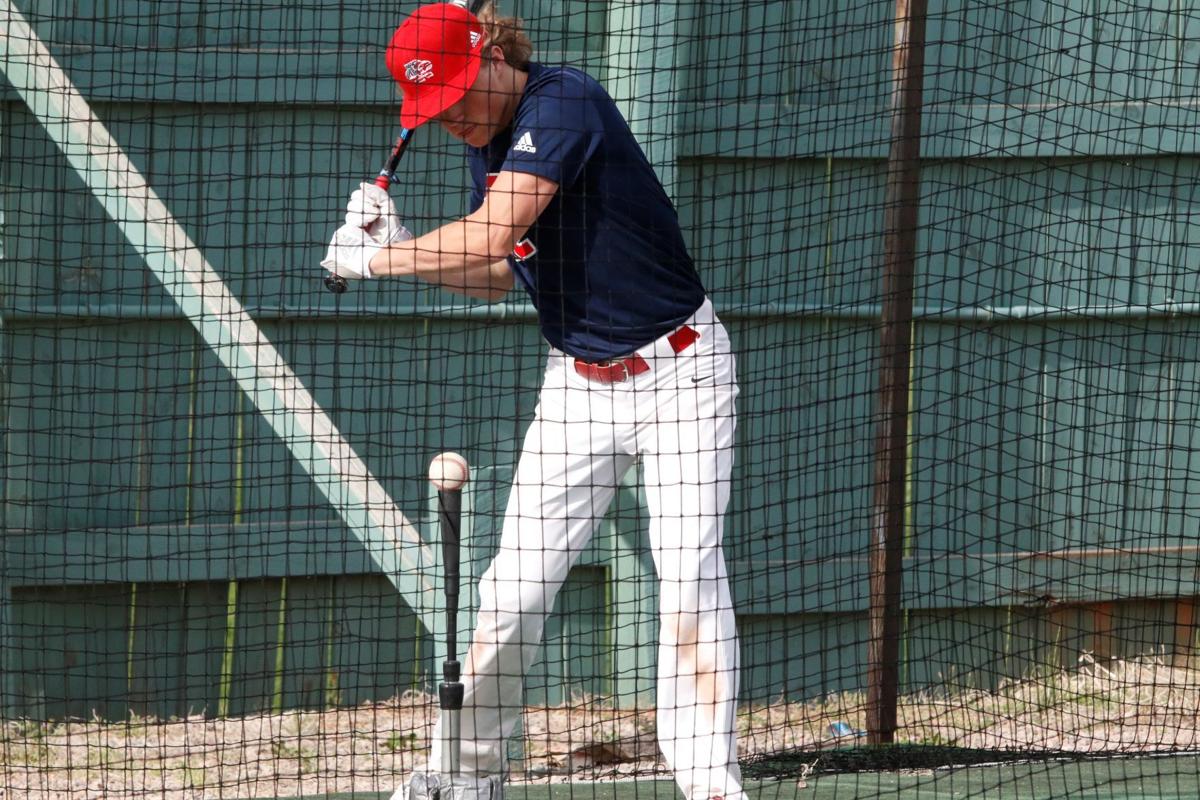 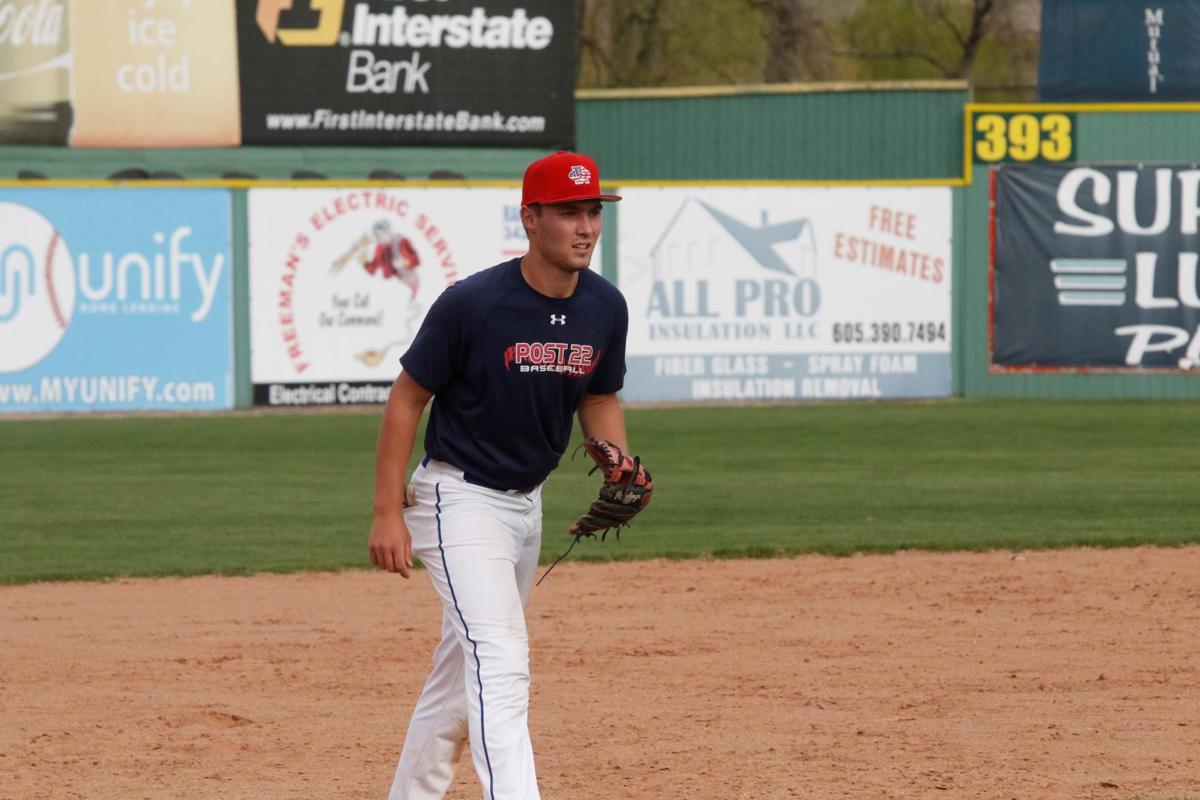 Post 22's Dylan Richey gets set to field a grounder Wednesday during practice at Fitzgerald Stadium.

Editor's note: This story, which originally ran on Thursday, has been updated first with the South Dakota American Legion baseball program voting to host a season, only to see the national headquarters cancelling the 2020 season for all teams. Other than the lede of the story, all mention of Post 22 at this time will be just as the Hardhats.

Whether it plays for a state title or just plays the game, the Rapid City Post 22 American Legion baseball team plans to play baseball this season.

The Hardhats, like other state Legion teams, finally got out on the diamond Monday and are working towards a season regardless of what officially will be decided.

However, later Sunday, the national headquarter for American Legion baseball has elected to suspend the remaining 25 states from play, thus cancelling the South Dakota season. If South Dakota programs continue to play this summer, it will not be under the official American Legion name or guidance.

Hardhats manager Kelvin Torve said it was a relief to get outside on Monday, considering the delay because of the COVID-19 pandemic.

"It's just fantastic," Torve said while sitting in the stands at Fitzgerald Stadium before Wednesday's practice. "Everybody has been stuck inside for six weeks, and the weather is beautiful. It is nice to get outside."

Hardhats infielder Ryan Bachman said it was a little scary not knowing one way or the other if they were going to get to play, but they are ready for a chance.

Hardhats shortstop Colton Hartford said he too is glad to get out of the house and play a little baseball.

"We're excited and anxious just for something to do," he said with a smile.

Torve said their schedule has been redone, although it is still anybody's guess on if all of the teams at this point will be able to play or the road tournaments are still a go.

"We're going to have a baseball season, we just don't know exactly what it is going to look like," he said.

The new schedule is set to begin June 10 at home against West Fargo, N.D., followed by possible tournaments in Sioux Falls and Omaha, Neb. The Hardhats and across-the-parking-lot rival Post 320 will square up on June 23.

Hardhats will host the annual Firecracker Tournament, as well as the Veteran's Classic to mid July.

Torve said that it is their first week, so it is hard to tell just how they look.

"A lot of our guys have practiced during the break on their own, so some guys are ahead and some guys aren't," he said. "We've got about a month until our first game. We won't get everything done that we want to prior to the first game, but we'll be ready to go."

Torve said the program, which also includes the Expos and Bullets, is abiding by the City of Rapid City's guidelines. That includes working with groups of 10 and hand sanitizing going in and out of the stadium.

"It has caused us to change the structure of our practice, but we still get our work done," he said. "It makes practice go longer because we have less in a group. But we understand the importance of keeping our guys healthy and keeping the community healthy."

As is always the case, the first few weeks of practice will concentrate on the fundamentals and the mechanics of the game. After a couple of weeks of drills, Torve said they'll likely play a few scrimmage games.

What has also made it unique, Torve adds, is several Hardhat alumni are back because of the pandemic and are working out either with the team or on their own.

"It's fun for our guys to see them knowing that if they work hard, they can do well," said Torve, a former Major Leaguer (Twins, Mets) himself. "I love it, I just love seeing the alumni come back and practice with the team. It inspires our guys to great things."

Torve said that while they did lose several regulars, they return 12 players from last season's team, including most of their pitching staff.

"We have six starters (pitchers), so that is plenty, but we need to fill some holes," Torve said. "We need another infielder or two, a couple of outfielders. There is a lot of opportunity for some of the younger guys to come in and produce on the varsity level."

Despite not being able to play in the regionals or World Series, the adrenaline of playing for a state title or just playing baseball will kick in.

"Whatever we can do, we'll go out and play," Bachman said. "We're preparing now for whenever they call our names; we'll be out there ready to go."

Post 22 third baseman Ryan Bachman takes a cut off of the tee Wednesday during practice at Fitzgerald Stadium.

Post 22's Dylan Richey gets set to field a grounder Wednesday during practice at Fitzgerald Stadium.