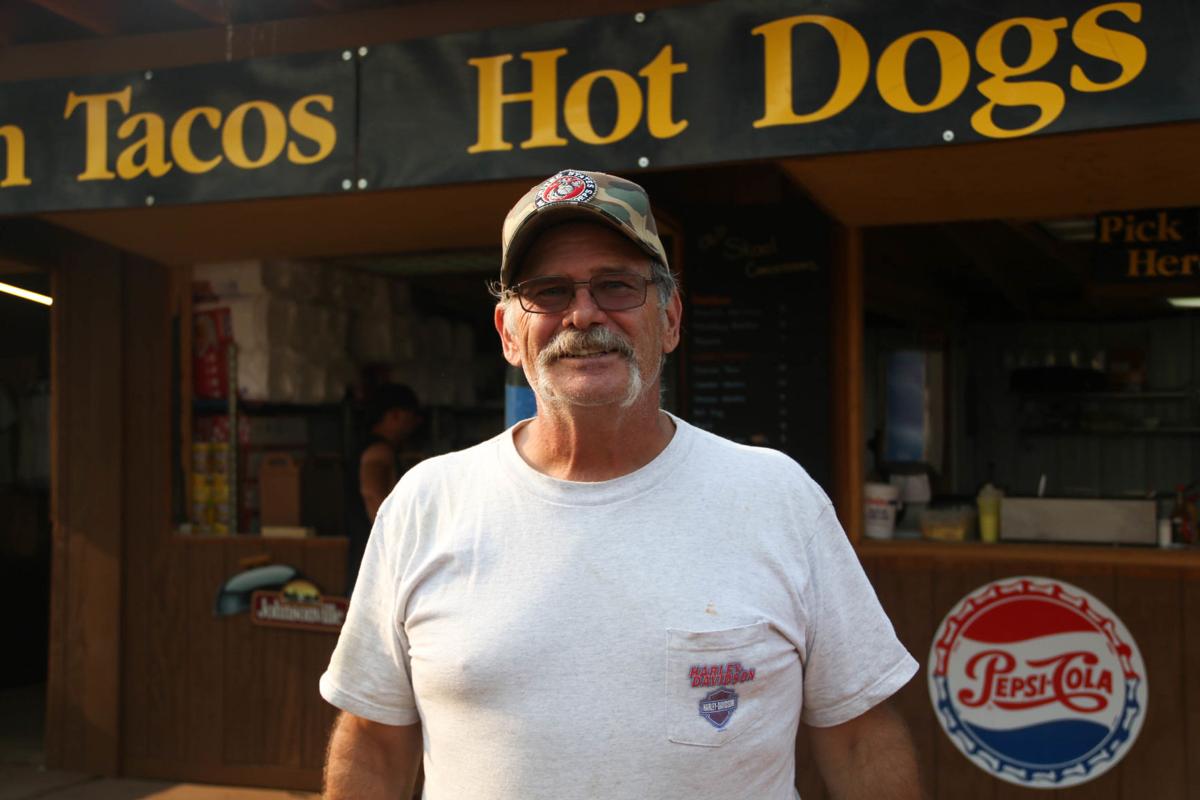 Jeff Grissop is the owner and founder of Old Skool Concessions, which has been at the Buffalo Chip for 32 years. 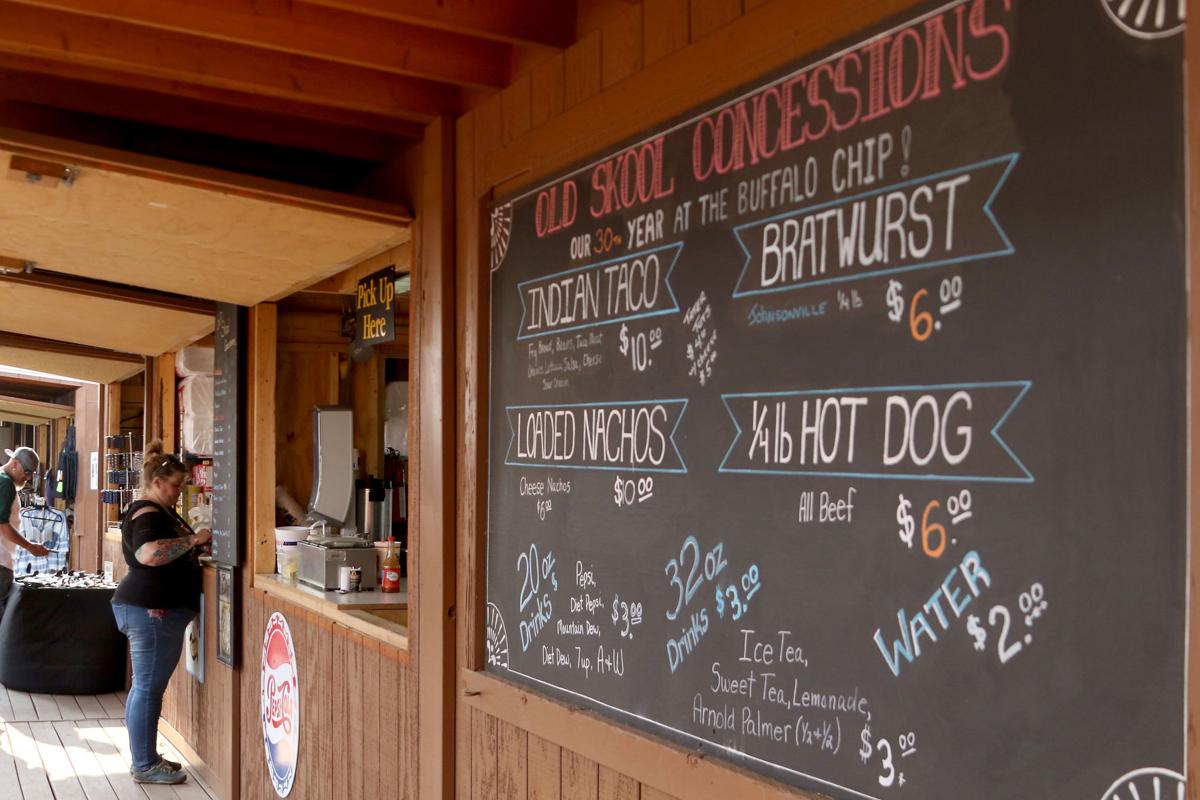 A woman orders at Old Skool Concessions Saturday. The business has been at the Buffalo Chip for about 30 years. 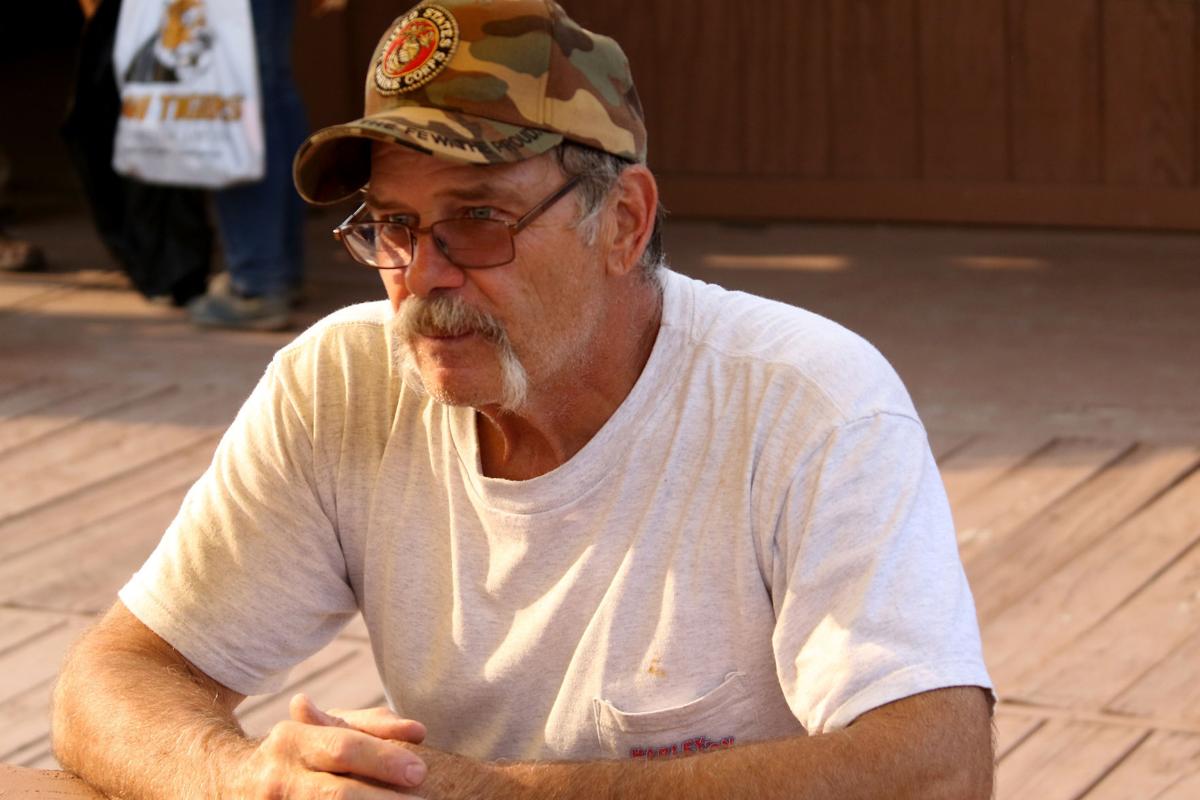 Jeff Grissop has been behind a counter at the Sturgis Motorcycle Rally for the past 31 years.

The owner of Old Skool Concessions said he, his family and family friends have worked at the Buffalo Chip at Crossroads since the 50th rally.

“When we first started, you rode in on your bike, you set up your tent in front of the stage, you partied down, you rode your bike back out,” he said. "Now, there’s 6,500 RV sites out here, you bring your golf cart, you might bring your bike. It’s a whole different crowd.”

He said the group at Crossroads at the Buffalo Chip reminds him of the past.

“We all started doing this stuff 20-30 years ago for the most part,” he said. “We still have some young people coming through, but most of the crowd, we’ve been riding for a while and we’re getting up in the years. A lot of us don’t ride as much as we used to, but still a good crowd.”

Grissop said he ran the Domino’s Pizza franchise in Sturgis for 22 years before becoming a vendor at the Buffalo Chip campground.

He said he wanted something a little slower and something he could do with his family.

Grissop said there was one person in the Buffalo Chip amphitheater who did Indian tacos and a few churches who sold them downtown. When his son would come back on leave from the Air Force to help with the rally, one of the first things he’d do is get Indian tacos.

He said the guy who did Indian tacos in the amphitheater retired and the places on Main Street got “squeezed out,” so they decided to fill the role.

“The first year or two was kind of rough because no one knew what Indian tacos were,” Grissop said. “It took us a couple years to train people, but we’ve been doing really well since then.”

He said he’s been working the rallies for the past 31 years but for about 30 of them, he’s said he’s not going to do it again.

Jeff Grissop is the owner and founder of Old Skool Concessions, which has been at the Buffalo Chip for 32 years.

A woman orders at Old Skool Concessions Saturday. The business has been at the Buffalo Chip for about 30 years.