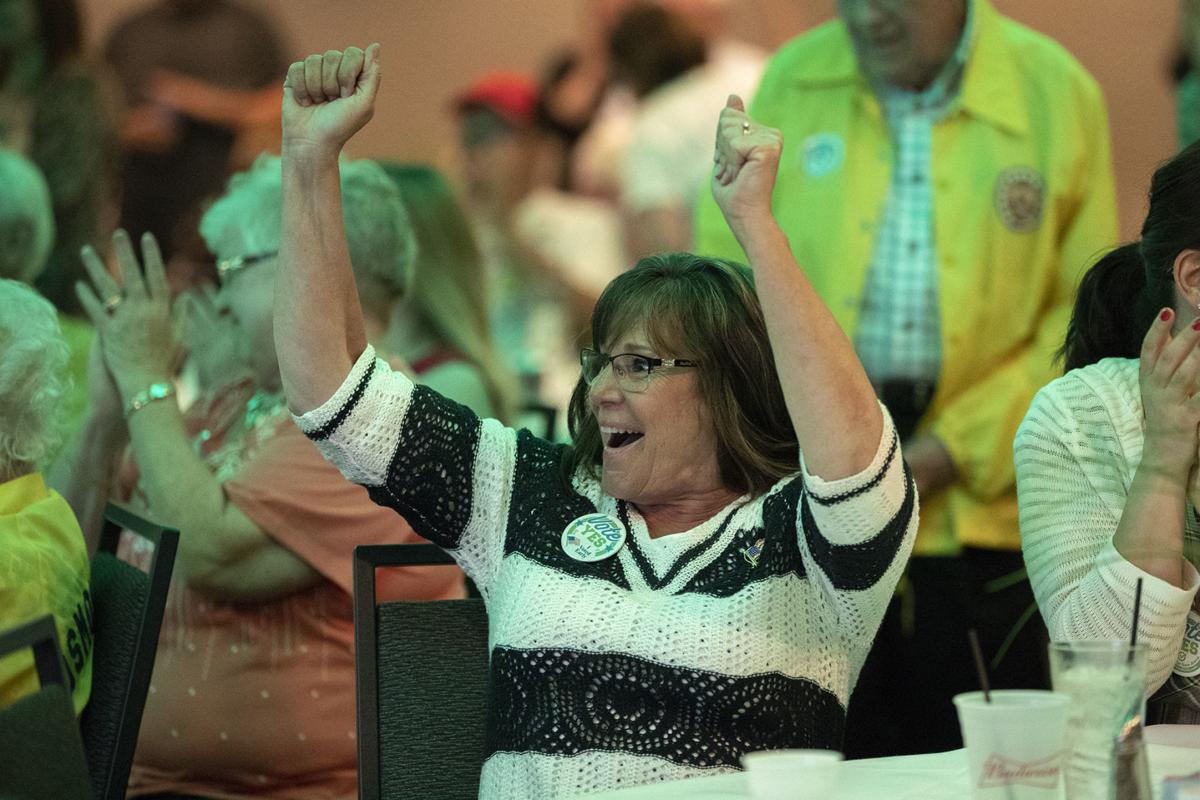 Rapid City Council member Lisa Modrick cheers Tuesday after it was announced the referendum to build a new arena in Rapid City passed during an election results party at the Holiday Inn Rapid City-Rushmore Plaza. 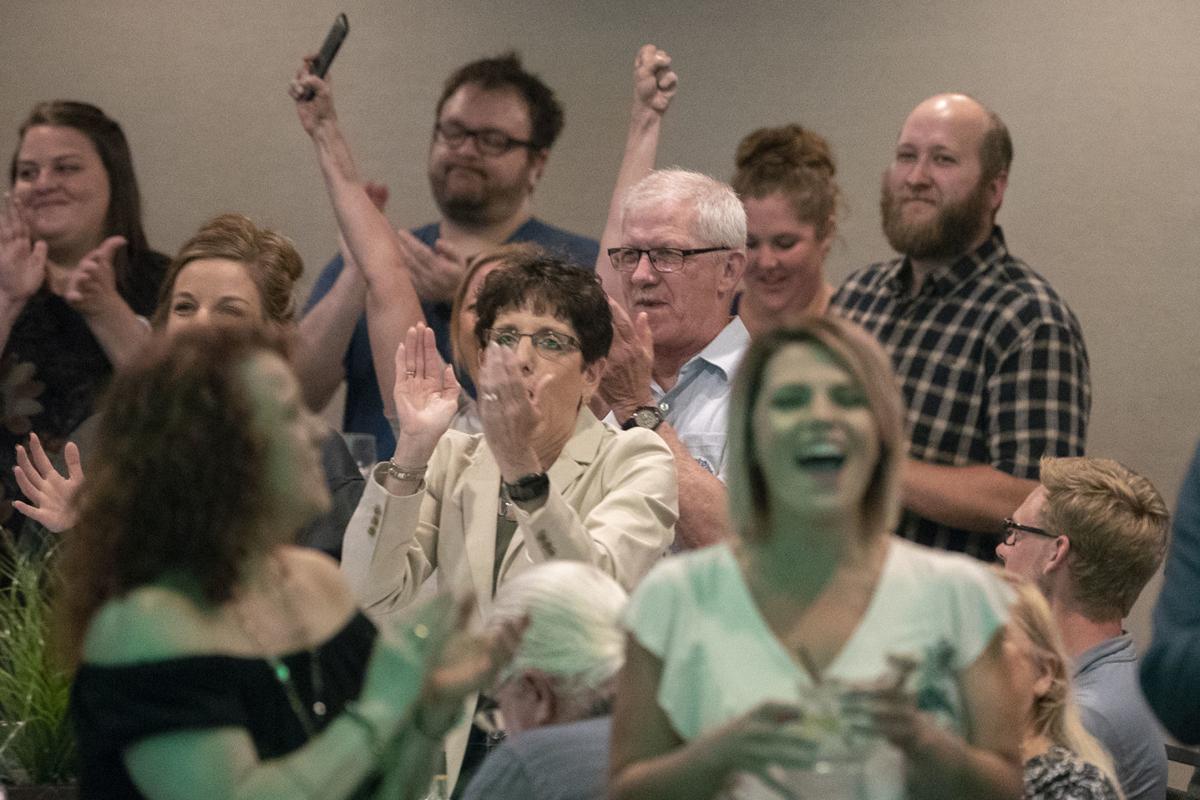 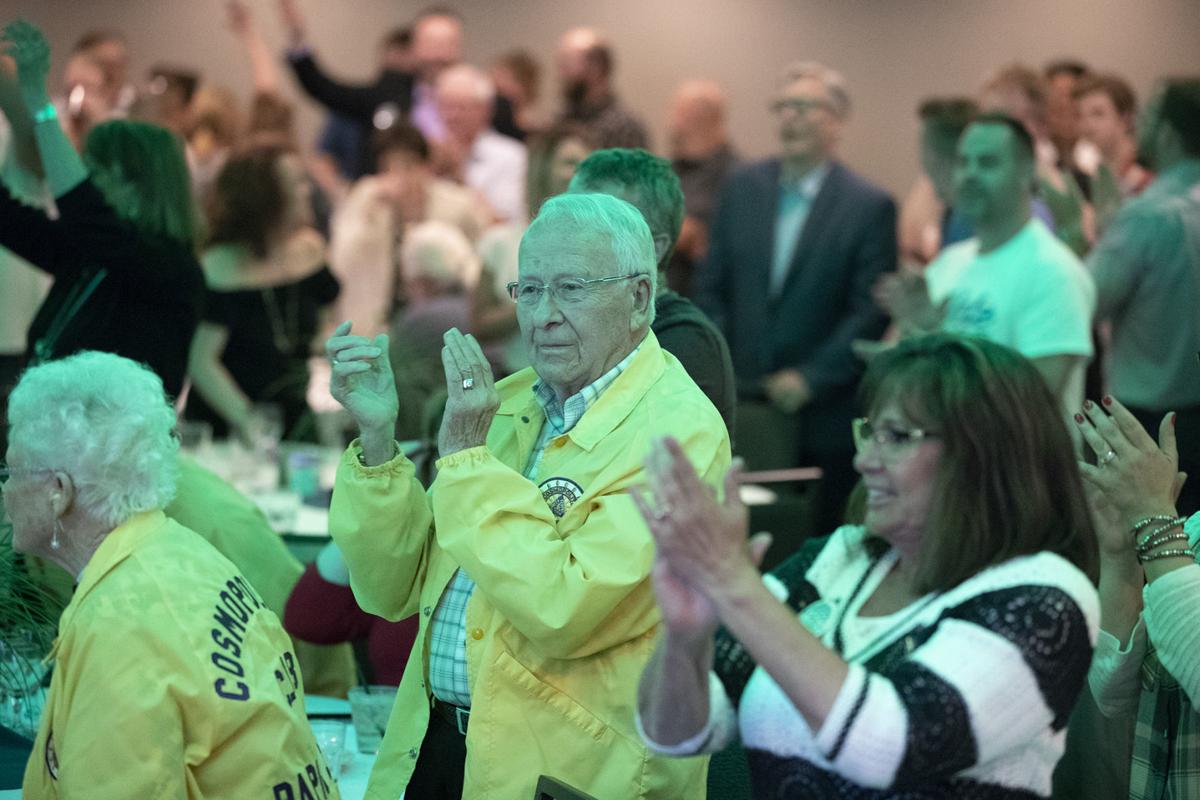 Rapid Citians overwhelmingly voiced their support for a new, $130 million arena Tuesday night in an election rife with delays but clear in message.

“This is a statement tonight about who Rapid City wants to be in the future and that’s the type of Rapid City I want to work for,” Mayor Steve Allender said from a "Vote Yes" party in the Black Hills Ballroom within the Holiday Inn Rapid City-Rushmore Plaza. “I’m proud of the community. I’m proud of everyone who worked on this. All the work that I’ve done has been worth it.”

Tuesday's decision comes after that 2015 vote, more than a year of planning and vetting by a city appointed task force and almost 10 months after a Department of Justice deadline came and went for getting the existing Barnett Arena into compliance with the Americans with Disabilities Act. It also marks the end of Allender's informational blitz on the issue following complaints by many that the last attempt failed to adequately inform the public.

Overall, Allender gave almost 60 public and private presentations while combating a campaign led by four of Rapid City’s past six mayors who actively opposed the new arena proposal and touted an alternative option that Allender and others have claimed was vetted and discarded by the task force during their initial research.

Former Mayor Alan Hanks, a leader of the campaign — called the “Fix the Plan Committee” — took issue with the new arena proposal’s lack of a guaranteed long term tenant, absence of a parking plan, use of the city’s Vision Fund and overall cost of $182 million, including principal and interest. But those qualms, Tuesday night's results showed, weren't enough to nix the plan this time.

The referendum was initiated by residents and local members of Citizens for Liberty following the Rapid City Council’s approval in February of the issuance of up to $110 million in sales tax bonds and lease certificates of participation to fund the new arena construction. Rapid Citians were asked to either support the council's decision and the new arena plan or vote against the sales tax bonds, effectively directing the city to begin a $26 to $28 million effort to renovate the existing Barnett Arena. Throughout the process, Allender characterized the renovation option as an expense and the new arena proposal as an investment.

By delaying applications and dispersals of Vision Fund money over the past few years, the city has saved about $25 million for a down payment on the new arena. The remaining funding for the arena will come from those sales tax bonds with a final price tag, including interest, of $182 million.

Construction costs are estimated at $130 million, with the $25 million down payment reducing the amount the city will need to bond for the project to between $105 to $110 million. The rest of the cost will be in interest payments over the 30-year period of the loan. Using a construction manager at-risk model, which requires a contractor to assume liability if the project goes over budget, the city is confident that figure will remain firm.

Moving forward, Allender said the city hopes to break ground next spring and anticipates construction to take around 22 months, meaning the arena could host its first show as early as the spring or summer of 2021.

Rapid City Council member Lisa Modrick cheers Tuesday after it was announced the referendum to build a new arena in Rapid City passed during an election results party at the Holiday Inn Rapid City-Rushmore Plaza.