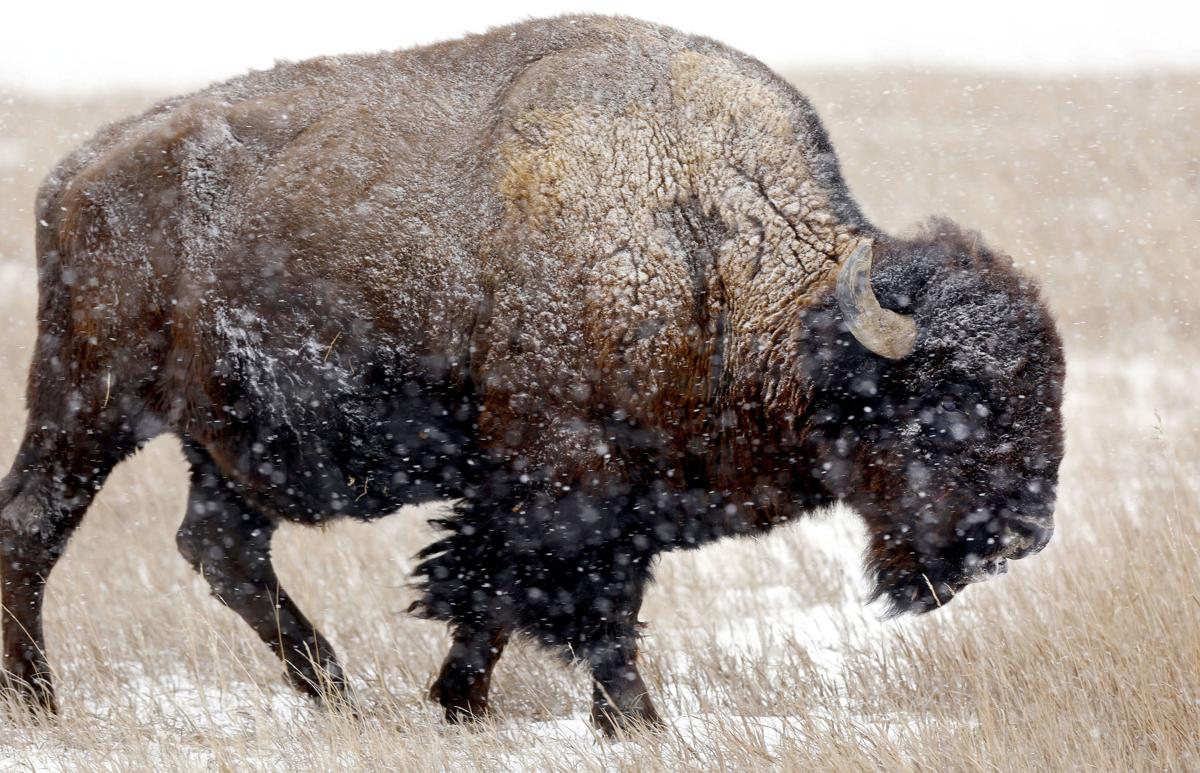 A bison saunters through a field near Sage Creek while snow falls at Badlands National Park in this 2016 photo. 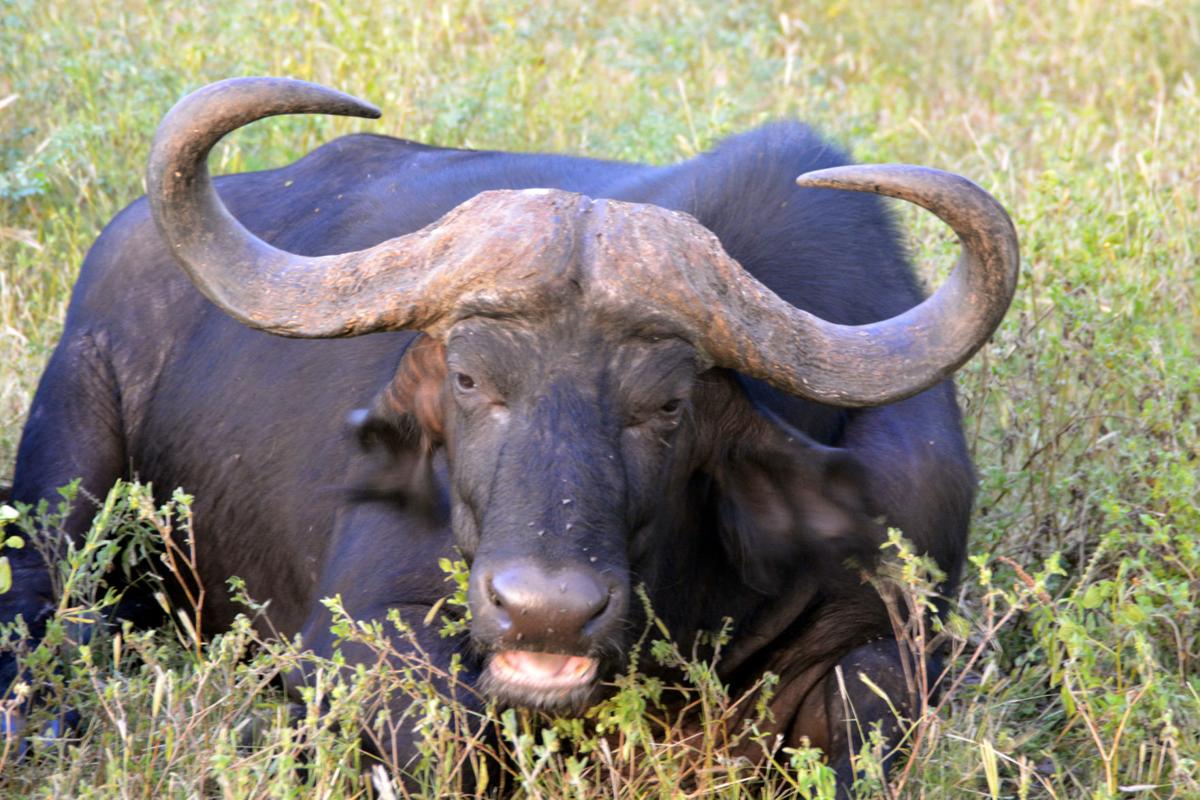 This March 4, 2013, photo shows a water buffalo in the Chobe National Park in Botswana, Africa.

The “buffalo” listed as an ingredient in some foods marketed for people and pets is actually from water buffaloes, not bison, according to supporters of new legislation that would require greater accuracy in labeling.

Last week, U.S. senators from North Dakota and Colorado introduced the Truth in Buffalo Labeling Act. A spokesman for U.S. Sen. John Thune, R-S.D, said Monday that he has agreed to sign on as a co-sponsor of the bill.

The legislation would add two sentences to the end of an existing section of federal law that pertains to misbranded food. One of the sentences would define food items as misbranded if they contain water buffalo that is labeled only as “buffalo.” The other sentence would clarify that “buffalo” is an acceptable reference to bison.

The bill arose from concerns expressed by the National Bison Association, which is headquartered in Colorado. A report compiled by the association says the hard-won stability of the market for American bison meat is “under siege from a growing threat of water buffalo meat and pet food ingredients being deceptively marketed in a manner that misleads consumers into believing that they are purchasing bison.”

The report includes pictures of product labels that the association describes as “deceptive.”

One example is a package of “wild ground buffalo meat” marketed to human consumers with “ground buffalo” as the only listed ingredient, even though the association contends that the product includes water buffalo meat.

Another example in the report is a dog-food package decorated with a picture of a bison, even though the first listed ingredient is “buffalo,” which the association contends is a vague reference to water buffalo.

The Journal was unable to reach the makers of those products Monday for their reaction to the allegations.

The National Bison Association took its concerns to the U.S. Food and Drug Administration last year, and the FDA responded with a letter in February saying it “has not established a specific regulation regarding the marketing of either water buffalo or bison.”

The National Bison Association interpreted the letter as an invitation and has since worked with members of Congress to produce the legislation that was introduced Sept. 16. The legislation was announced in a joint news release Sept. 17 from its sponsor, Sen. John Hoeven, R-N.D., and Sen. Michael Bennet, D-Colo. Cosponsors include Sens. Tina Smith, D-Minn., and Mike Braun, R-Indiana.

Bennet said in the release, “Misleading labeling does a disservice to bison ranchers, who have worked hard to create a growing market for bison.”

The legislation has support from the InterTribal Buffalo Council, which represents 67 Native American tribes in 18 states that possess a total of 20,000 bison.

A position paper published by the council says water buffaloes originated on the Indian subcontinent and are distinct from American bison. The paper says use of the word “buffalo” to describe American bison originated with French fur trappers in the 1500s.

Get ready for the rumble.

Today, I'd like to tell you about a free-spirited bison named Gerald.

Bison on the loose in Black Hills

Bison are once again roaming wild in South Dakota, although probably not for long.

John Thune has more campaign cash than anyone else in Congress

The latest quarterly reports to the Federal Election Commission show that U.S. Sen. John Thune, R-South Dakota, has a bigger balance in his ca…

A bison saunters through a field near Sage Creek while snow falls at Badlands National Park in this 2016 photo.

This March 4, 2013, photo shows a water buffalo in the Chobe National Park in Botswana, Africa.