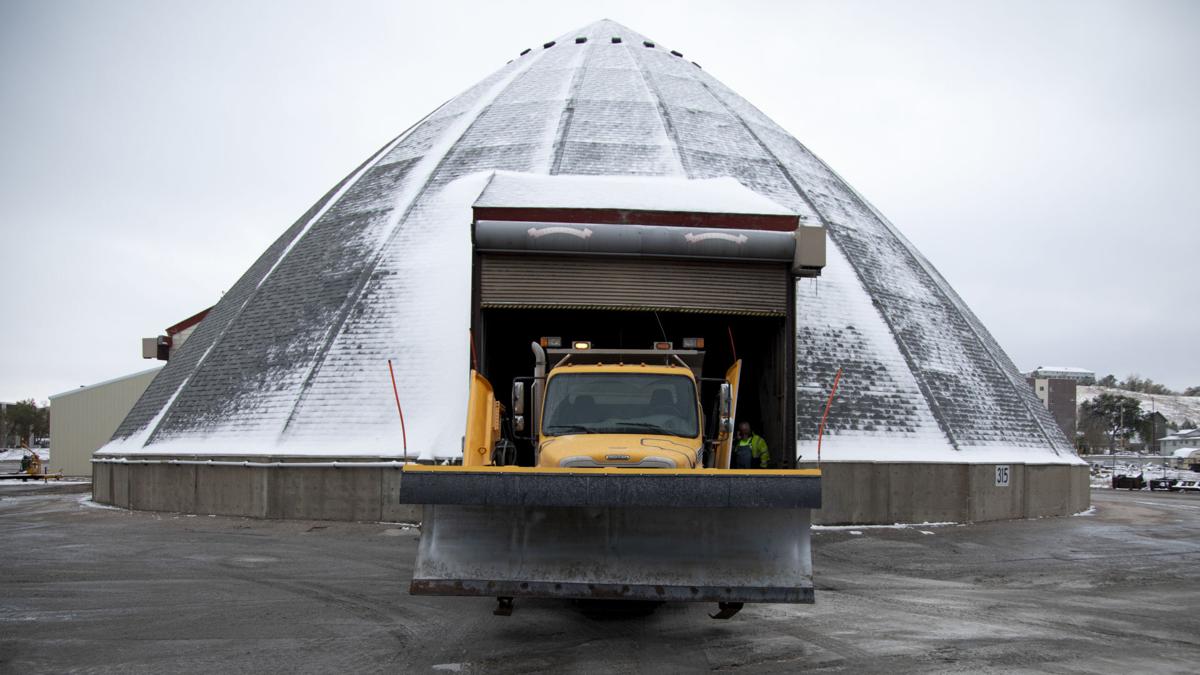 A plow parks at a salt dome at the Rapid City Street Department on Friday. Street Superintendent Dale Pfeifle says two salt domes there have around 8,000 tons of salt. 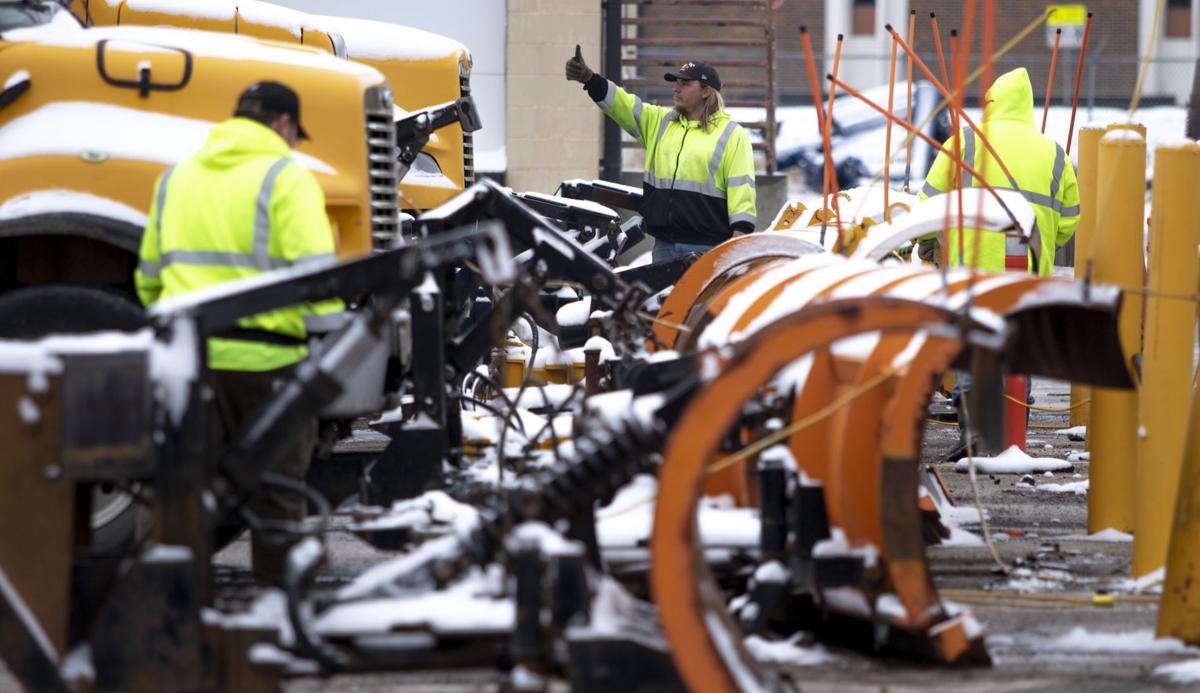 Employees of the Rapid City Street Department conduct maintenance on snow plows on Friday in Rapid City. Street Superintendent Dale Pfeifle says the department has about 50 pieces of equipment. 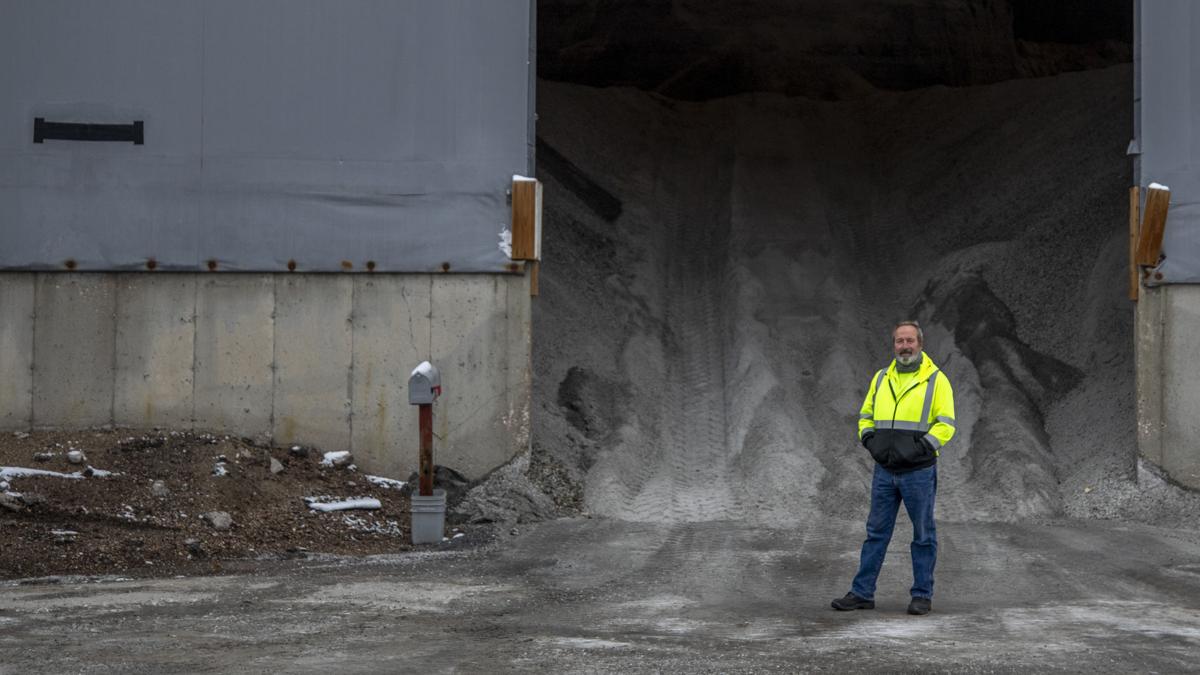 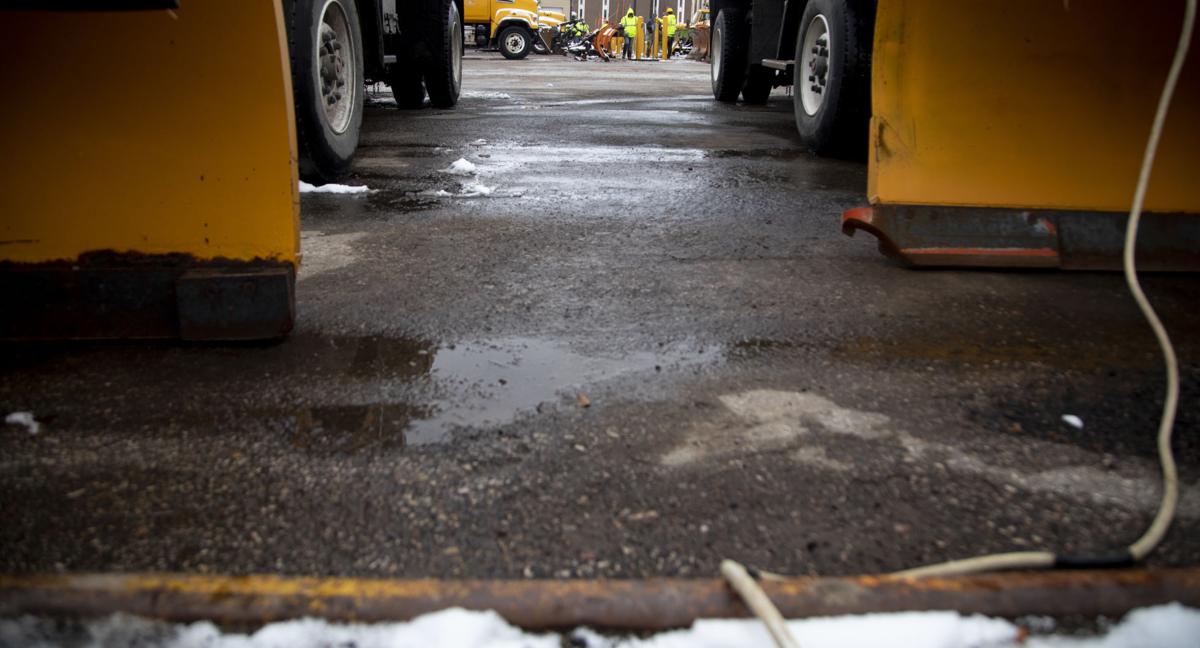 A winter storm will pound western South Dakota beginning Saturday and lasting through Sunday, dumping up to a foot of blowing snow in some locations northwest of Rapid City and bringing record low temperatures Sunday night and Monday morning.

"Snow will develop Friday night in northwest South Dakota and expand through the night into Saturday. It will stay concentrated up there for most of the day Saturday," Chamberlain said. "As the system organizes it will drop into central and southern South Dakota, and we will see the snow increasing through Saturday afternoon, Saturday night before slowly tapering off Sunday morning."

Areas in the northern plains and northern Black Hills could see anywhere between 5-12 inches, with some of the higher amounts likely in the upper elevations from Piedmont, through Lead and Deadwood, and possibly through Spearfish, Chamberlain said.

Blowing snow in some areas will cause visibility problems as well, he said.

"We have a set up for what we call up-slope snow. That means winds near the surface will encounter the northern Black Hills and force the air to rise up and drive snow in those locations," Chamberlain said.

In Rapid City, forecasters expect anywhere between 4-6 inches of snow, with higher amounts possible in far western portions of the city. In the southern Black Hills from Custer to Hot Springs, 2-4 inches are likely, and near the Badlands and Pine Ridge Reservation up to 8 inches of snow is possible, Chamberlain said.

In addition to the snow Saturday and Sunday, brutally cold temperatures are expected to break records, Chamberlain said.

"Our record low temperature in downtown Rapid City and at the airport for Sunday night and Monday morning is 2 degrees, set back in 1919," Chamberlain said. "As of Friday afternoon, we are forecasting a low temperature of minus 2, which would be the new record for that date. If we get clearing skies Sunday night, we could go lower than that."

Monday will warm up slightly, but will still be below freezing with expected temperatures in the upper 20s, falling back to the lower teens. Tuesday's forecast from the National Weather Service shows a gradual thawing, with high temperatures in the mid-40s.

The late-October snowfall is unusual for South Dakota, Chamberlain said, but not out of the question. As of Thursday night, downtown Rapid City recorded 5.3 inches of snow for the month. An additional 2-3 inches fell in Rapid City on Friday morning.

Combining the snow that has already fallen this month with the weekend storm, Chamberlain said October 2020 will likely be in the top five for record snowfall.

In early October 2013, Winter Storm Atlas swiftly bore down on the Black Hills, dumping 21.5 inches of snow in Rapid City overnight. Winds up to 60 mph downed trees and piled snow into 6-foot-high drifts, leaving 25,000 without power.

The second highest October snowfall occurred in 1919, when downtown Rapid City received 15.1 inches over the course of the month.

"We won't come close to Atlas, but it is likely the weekend snow will be significant enough for the total snow accumulation in October 2020 to be somewhere in the top five in the record books," he said.

“I thought about how scary it would be to have COVID-19, especially as a single parent and sole provider. My worst-case scenario was ending up…

South Dakota broke another record Saturday. One day after reporting 39 deaths, the Department of Health reported 54 COVID-19 deaths in the sta…

The man who was fatally shot near Rapid City on Tuesday has been identified as 19-year-old Ocean Sun Eberlein of Rapid City.

The Rapid City Council will consider two ordinances and a resolution regarding a mask mandate at a special session meeting that begins at 5:30…

The Facebook account for the Pennington County Sheriff's Office has plunged to a 1.6-star rating after reviewers flooded the page with negativ…

The taxpayers of South Dakota pay for the state to get amendments put on the ballot, pay for the voting process, pay for their vote to be over…

Soo San Drive will be renamed Sioux San Drive if approved by the Rapid City Council.

A plow parks at a salt dome at the Rapid City Street Department on Friday. Street Superintendent Dale Pfeifle says two salt domes there have around 8,000 tons of salt.

Employees of the Rapid City Street Department conduct maintenance on snow plows on Friday in Rapid City. Street Superintendent Dale Pfeifle says the department has about 50 pieces of equipment.