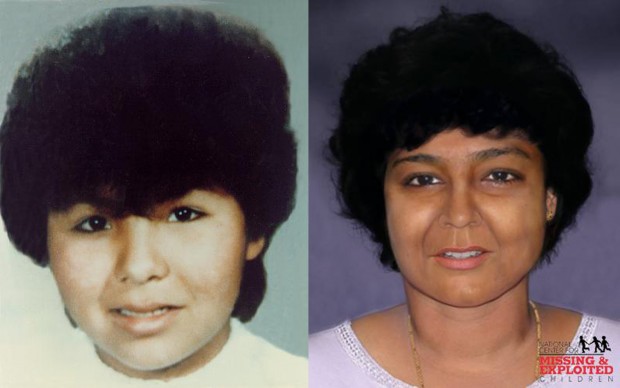 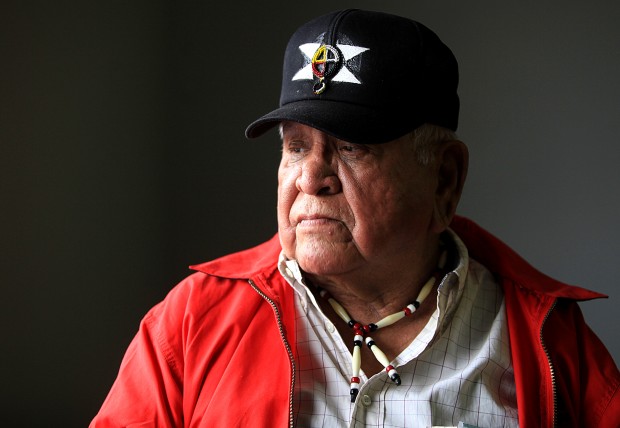 Taylor Baldeagle recalls his daughter, Sharon Baldeagle, Wednesday in Rapid City. Sharon was kidnapped by Royal Russell Long in 1984 after she had run away from home and was hitchhiking in Wyoming. Baldeagle wears a necklace from his daughter's dancing regalia and believes she is still alive.

Every time Taylor Baldeagle sits down to eat, he begins with a prayer for his missing daughter.

Sharon Baldeagle disappeared in September 1984 at age 12. Baldeagle knows she's out there, somewhere, if only she could just be found.

Monday's miracle in Cleveland — the discovery and rescue of three women who disappeared roughly 10 years ago — gave voice to the hope inside Baldeagle. If those women could be found, so could Sharon.

"There's hope somewhere out there. ... It's a feeling you got to have to be in my shoes," said Baldeagle, Cheyenne River Sioux tribal judge.

Baldeagle describes Sharon, the oldest of four siblings, as a "daddy's girl" who danced in the tribal dances and was learning how to cook when she and another friend ran away on Sept. 18, 1984.

It was just weeks after starting her first year at Brainerd Indian School in Hot Springs. Sharon and the other girl made their way to Casper, Wyo., where they hitched a ride by a man named Royal Russell Long. He didn't take them far, just to his home in nearby Evansville. There, Long pointed a gun at the young women, tied them up and beat Sharon.

The friend escaped and called the police, who returned to an empty house. Law enforcement picked up Long a week later in Albuquerque, N.M. He pleaded guilty to kidnapping and one count of aggravated assault and died in prison in 1993. Long maintained he had dropped Sharon off with someone in Cheyenne who took her to Texas.

Shortly before Long died, Baldeagle visited the convicted kidnapper in prison. Long came to the window in the visitor's room, peeked out at Baldeagle and walked away.

"I wanted ... some inkling of what to hope for, which way she did go, anything," Baldeagle said.

Baldeagle searched for Sharon himself. He spent two months driving or hitching rides, reaching as far south as Arizona. Later, near Cody, Wyo., a truck driver asked Baldeagle what his remaining children were doing without him. The question put a lump in Baldeagle's throat and sent him back to Eagle Butte to wait for good news.

He's been waiting ever since.

From time to time, federal law enforcement officers would call with scraps of hope. In the late 1980s, there was a supposed sighting of Sharon in Sheboygan, Wisc. Another time it was in Westminster, Colo., a suburb of Denver. That sighting placed Sharon at a gas station, "sitting in a car in a daze," accompanied by an older woman.

Baldeagle is now 77. He survived a heart attack in 1993. He's taking chemotherapy for colon cancer. It's his mission to stay healthy, to keep his body strong. To live to 87, to 97, if necessary — to be there when Sharon finds her way home.

The rescue in Cleveland adds fuel to his determination.

If you have any knowledge of the whereabouts of Sharon Baldeagle, call the National Center for Missing and Exploited Children at 1-800-843-5678 or the Fall River County Sheriff's Office at 605-745-4444.

Taylor Baldeagle recalls his daughter, Sharon Baldeagle, Wednesday in Rapid City. Sharon was kidnapped by Royal Russell Long in 1984 after she had run away from home and was hitchhiking in Wyoming. Baldeagle wears a necklace from his daughter's dancing regalia and believes she is still alive.