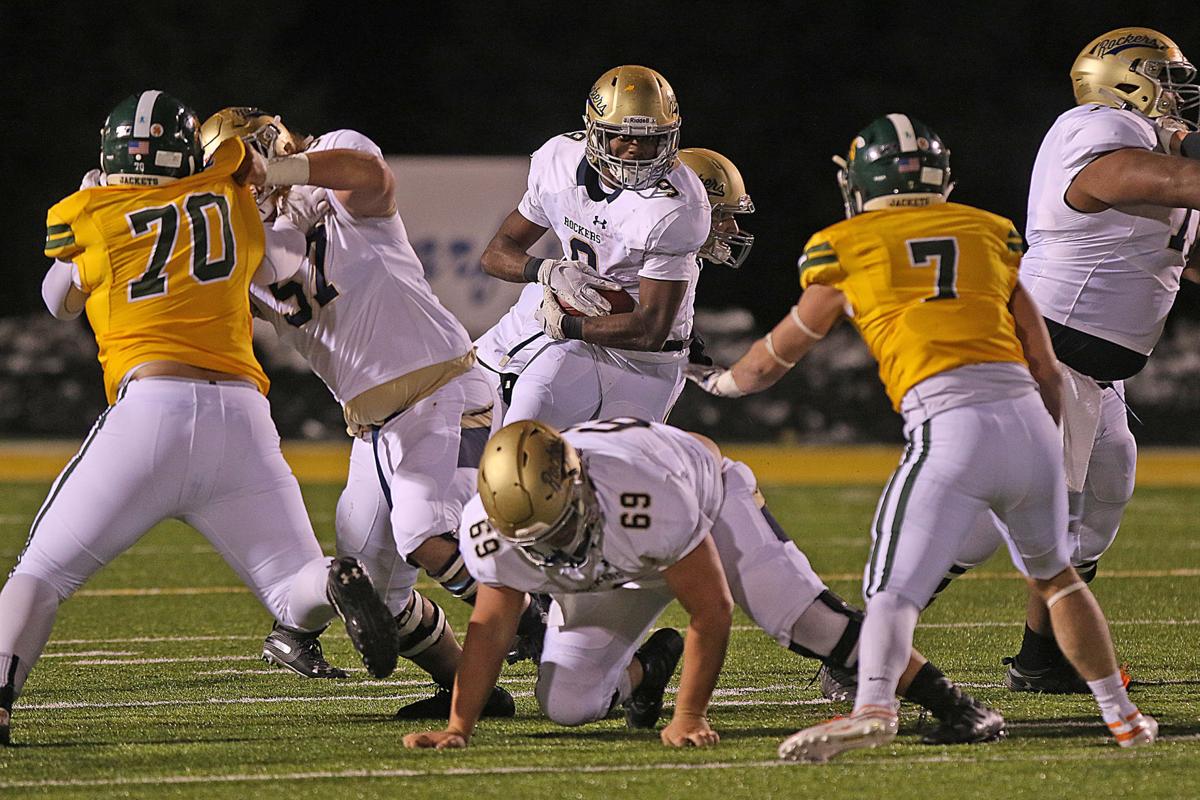 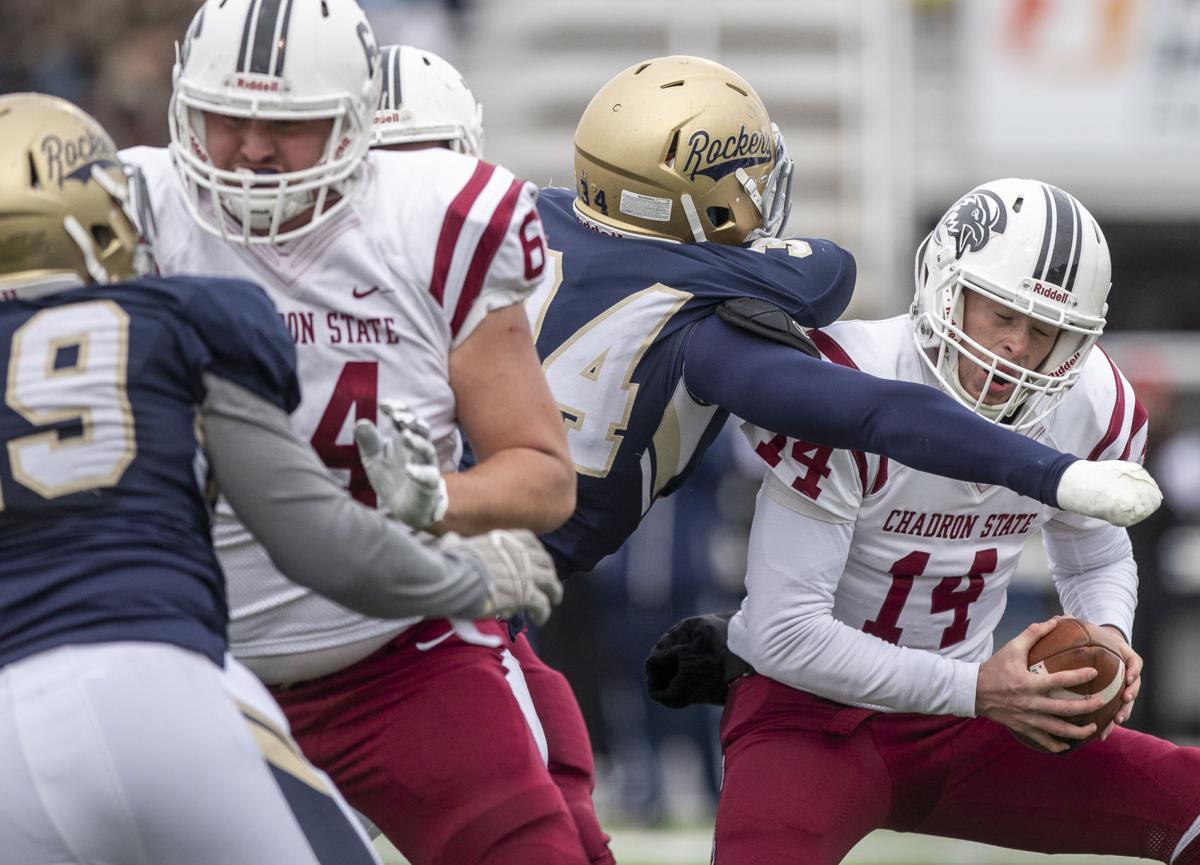 Chadron State quarterback Dalton Holst is pressured by Michael Retland, of South Dakota School of Mines & Technology during a 2018 game.

There will be college football for South Dakota School of Mines, Black Hills State University and Chadron State College in 2020 after all.

A shortened five-game season, but college football nonetheless. At the same time, the rivalry games between the three teams will be doubled.

All three schools announced Monday that the "non-conference" games will begin in early October and end about one month later. Each team will play each other twice — home and away — with one more game scheduled with Colorado Mesa.

The 2020 schedule begins Oct. 10 when Black Hills State travels to O'Harra Stadium to face the Hardrockers for a 5 p.m. game and Chadron State travels to Grand Junction, Colo., to face Colorado Mesa at noon.

On Oct. 17, the Hardrockers travel to Chadron, Neb., to face the Eagles in another 5 p.m. matchup, while Black Hills State opens its home slate against Colorado Mesa at noon.

On Oct. 24, Mines goes to Grand Junction to face Mesa at noon, with the Yellow Jackets going to Chadron State for a 2 p.m. matchup.

Chadron State will challenge South Dakota Mines in Rapid City on Oct. 31 for a 4 p.m. game, while Black Hills State has a bye.

The Hardrockers close out the season on Nov. 7 in Spearfish for a 1 p.m. matchup against BHSU and Chadron State has a bye.

On Nov. 14, Black Hills State and Chadron State close the fall at Lyle Hare Stadium in Spearfish  at 1 p.m.

The schedule is subject to change due to COVID-19 related issues.

"All the safety protocols — as well as the NCAA guidelines and testing procedures — are in place and we are committed to playing football this fall," Mines athletics director Joel Lueken said. "We have the support of President (James) Rankin, the athletic administration, and our institution to move forward on this. I extremely excited to bring football to Rapid City this fall."

Colorado Mesa is also playing West Texas A&M and looking into adding two or three more games, according to the school's athletic website. No other RMAC football program has announced its intentions to play this fall.

The RMAC announced in mid-August that there would be no conference championship award for the 2020 season, but gave institutions the green light to schedule contests against conference and non-conference opponents on their own.

Mines began team practice on Monday, while BHSU had its first practice Friday.

The Hardrockers are also planning an open practice on Sept. 19 as part of the  'M' Days festivities from 3-5:30 p.m. at O'Harra Stadium. The public is welcome to attend.

The games will count as official NCAA contests, however no RMAC championship will be awarded nor standings kept. Although the schedule involves only members of the RMAC, all five games will be played as non-conference contests.

"I want to thank the Chadron State administration for the leadership they have provided over the past 6 months, and more importantly giving our guys the opportunity to compete," Chadron State head coach Jay Long said on Twitter Monday. "We had a great week watching our student-athletes do what they love to do. On to week 2."

Each participant is expected to comply with NCAA Resocialization of Sport principles issued by the association this summer.

Black Hills State has a bye

Chadron State has a bye.

Chadron State quarterback Dalton Holst is pressured by Michael Retland, of South Dakota School of Mines & Technology during a 2018 game.